Currently down in Levin. I dropped into PBtech before I left hamilton brining with my the Pi and portable screen. The guy behind the service desk was excellent. He gave me 5 screws - four of which are currently holding the Pi2b and touch screen together.

Back to working with the larger screen. Found I work best if I can sit down or at least stand rather than walking and drawing. Here are the results of painting this week:

Filling the page with images from my imaganation. 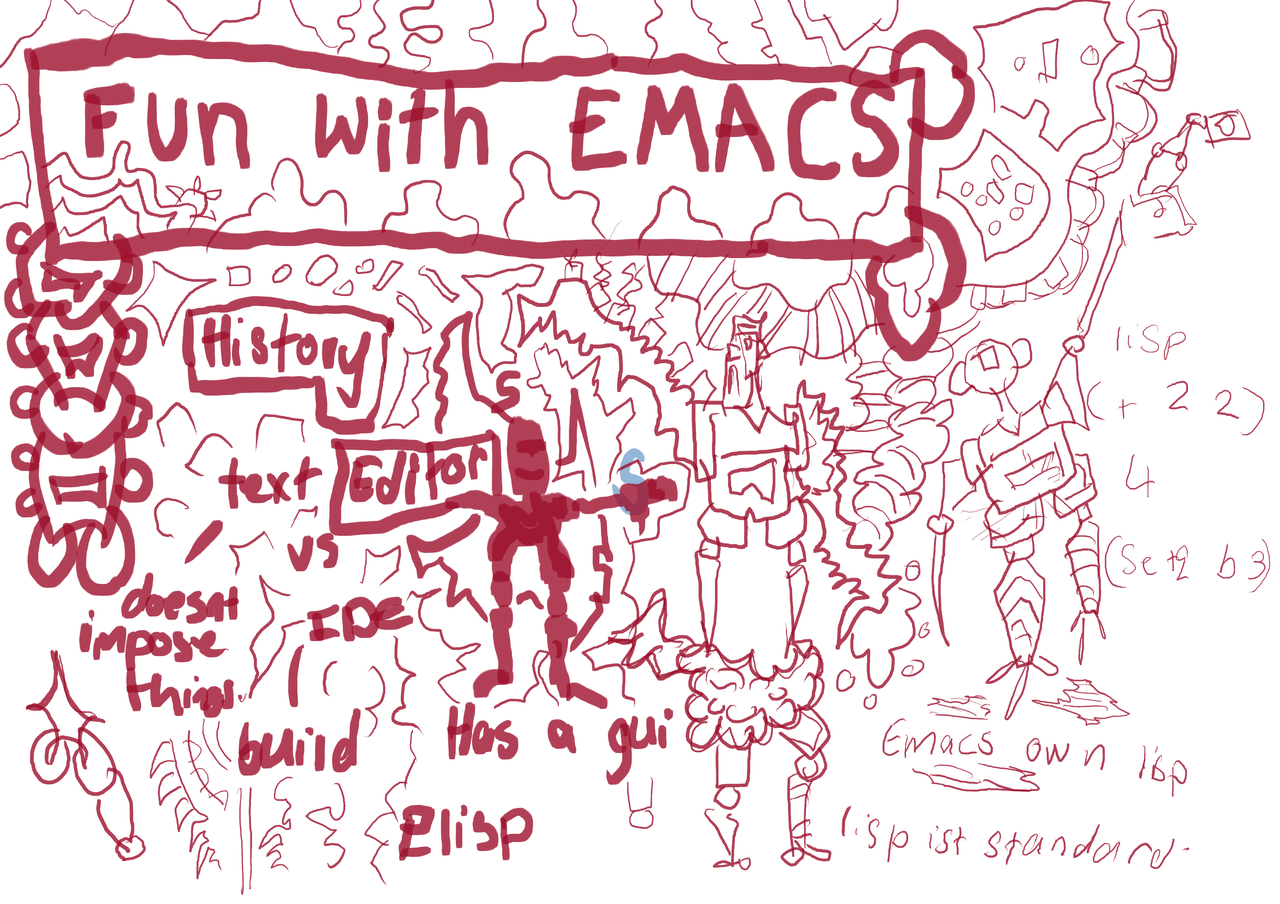 On Monday night I attended WLUG. I missed last months meeting as I was away in Levin/Napier. Lawrance did a talk on Emacs. I think the most useful moment I got out of it was where he covered the emacs-terminal-client - a commandline interface that allows you to control emacs (such as opening and closing files). This could be useful.

He covered the basics of Lisp and I doddled down the code he demoed. 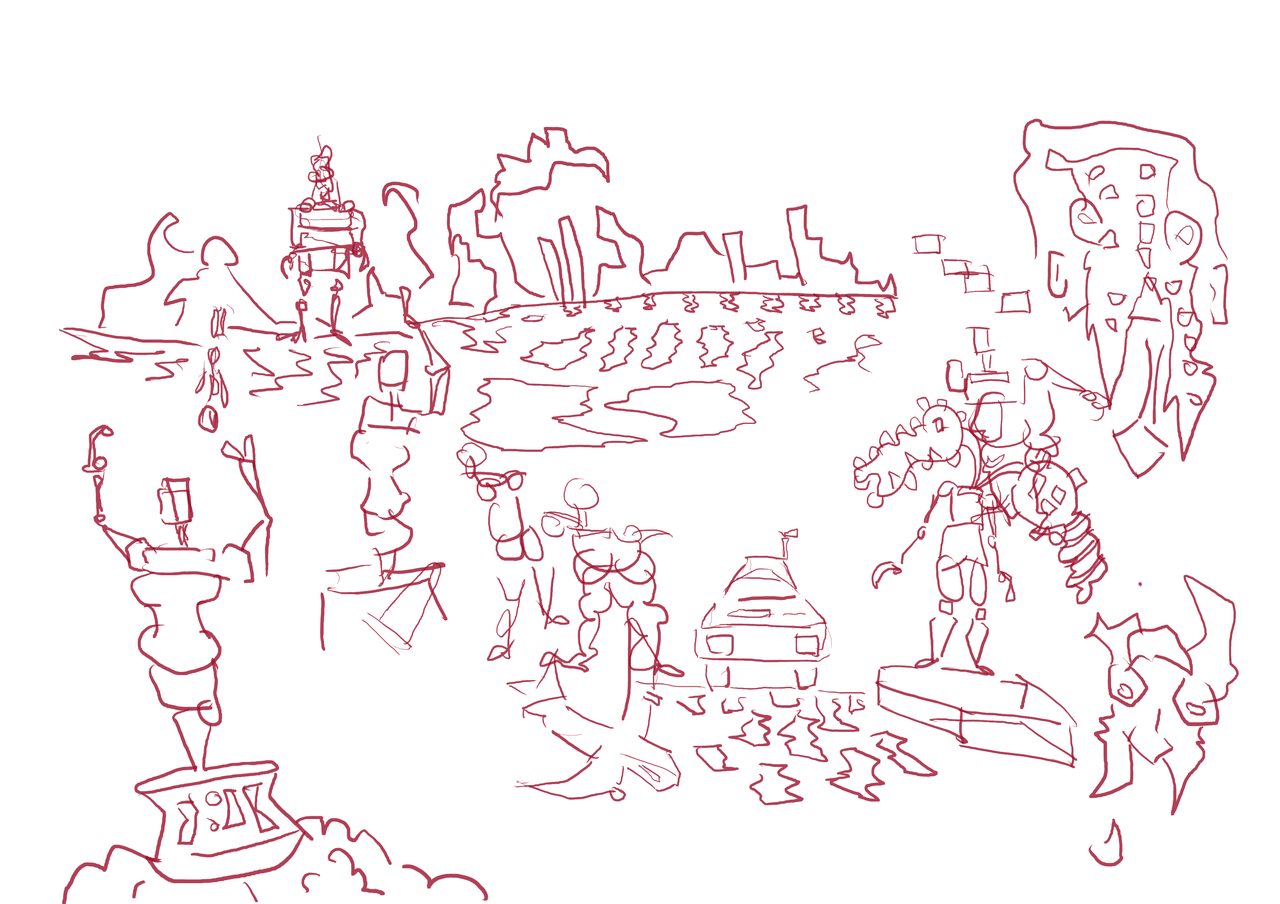 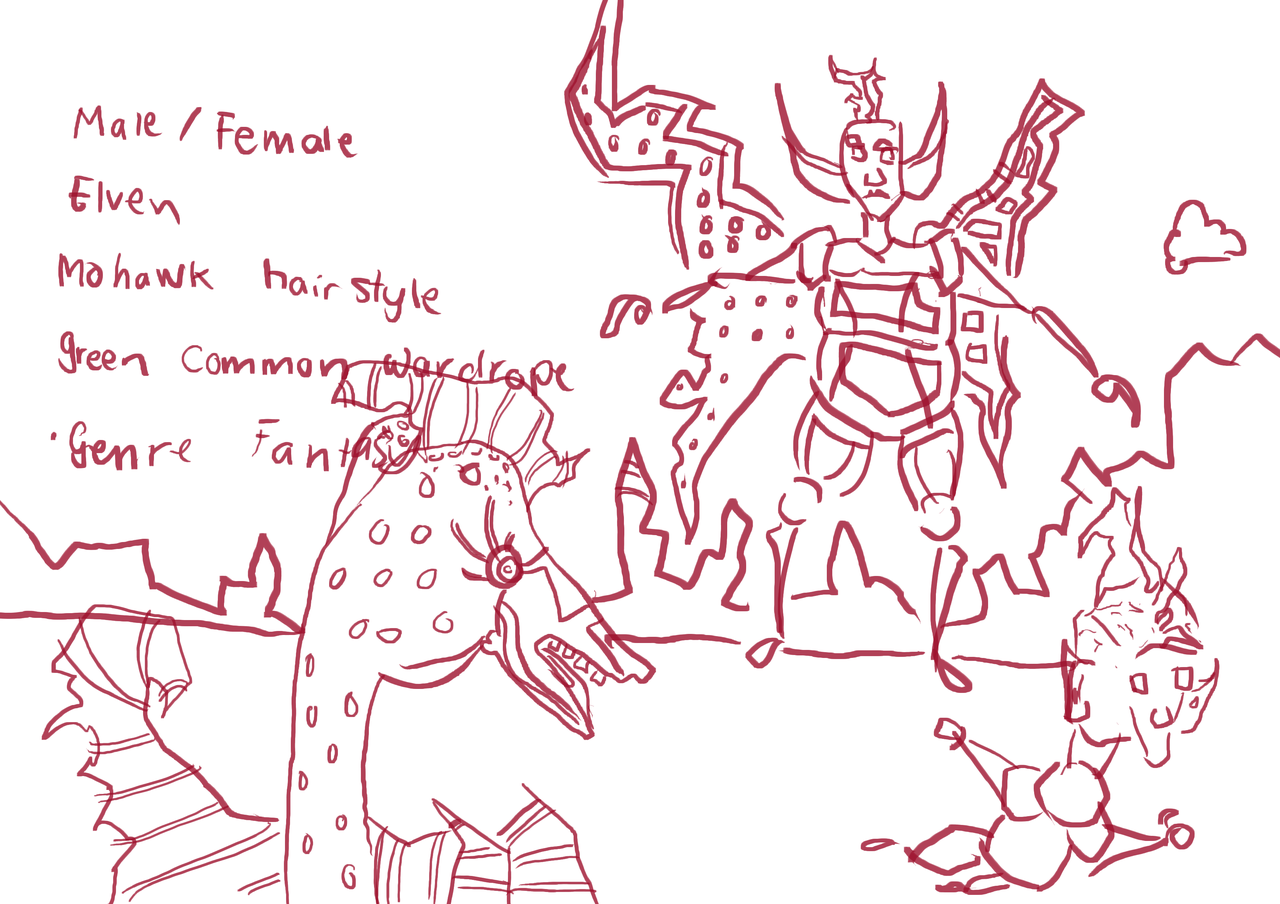 When I don't know what to do - visit concentart.org and have a look at some of the challangers of the week. Often I start with enviorment of the week, but also check out character and creature.

Planned on writing a Sept. 11 altenative history novel, similar to The Man In The High Castle. In this altenative world the attacks on 9/11 never happen. The novel follows events leading up, during, and after the certain day. I had planned to call the novel a altenative name of My Chemical Romance since the band was formed before of 9/11. Anyway, more novel ideas to go along with Pepper&Carrot and ItWillNotBeMine. 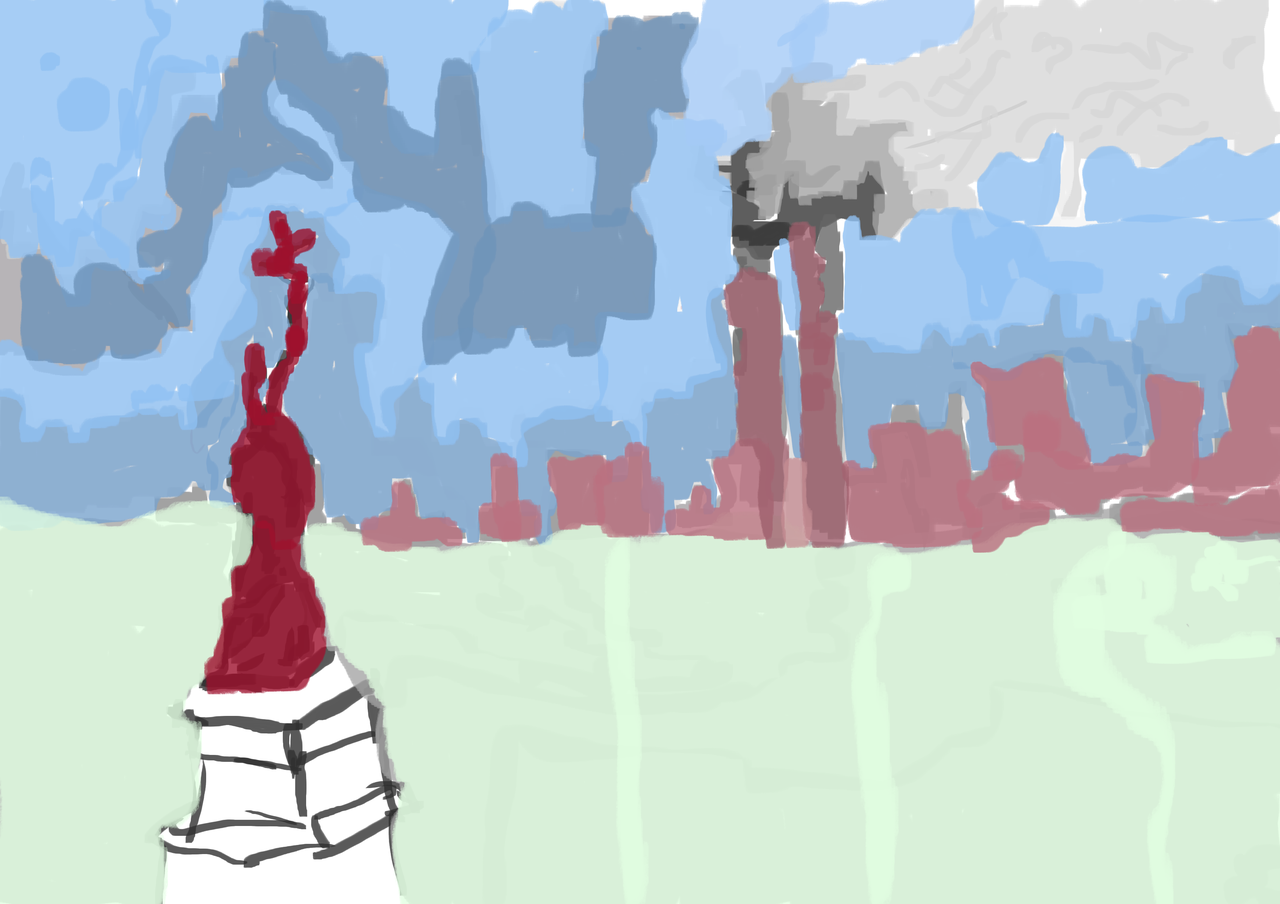 In altenative world there are digital paintings of the events, but the events don't really happen. This is the colour layer. Blue for the sky, green for the water, red for thte buildings. Kept the smoke gray. 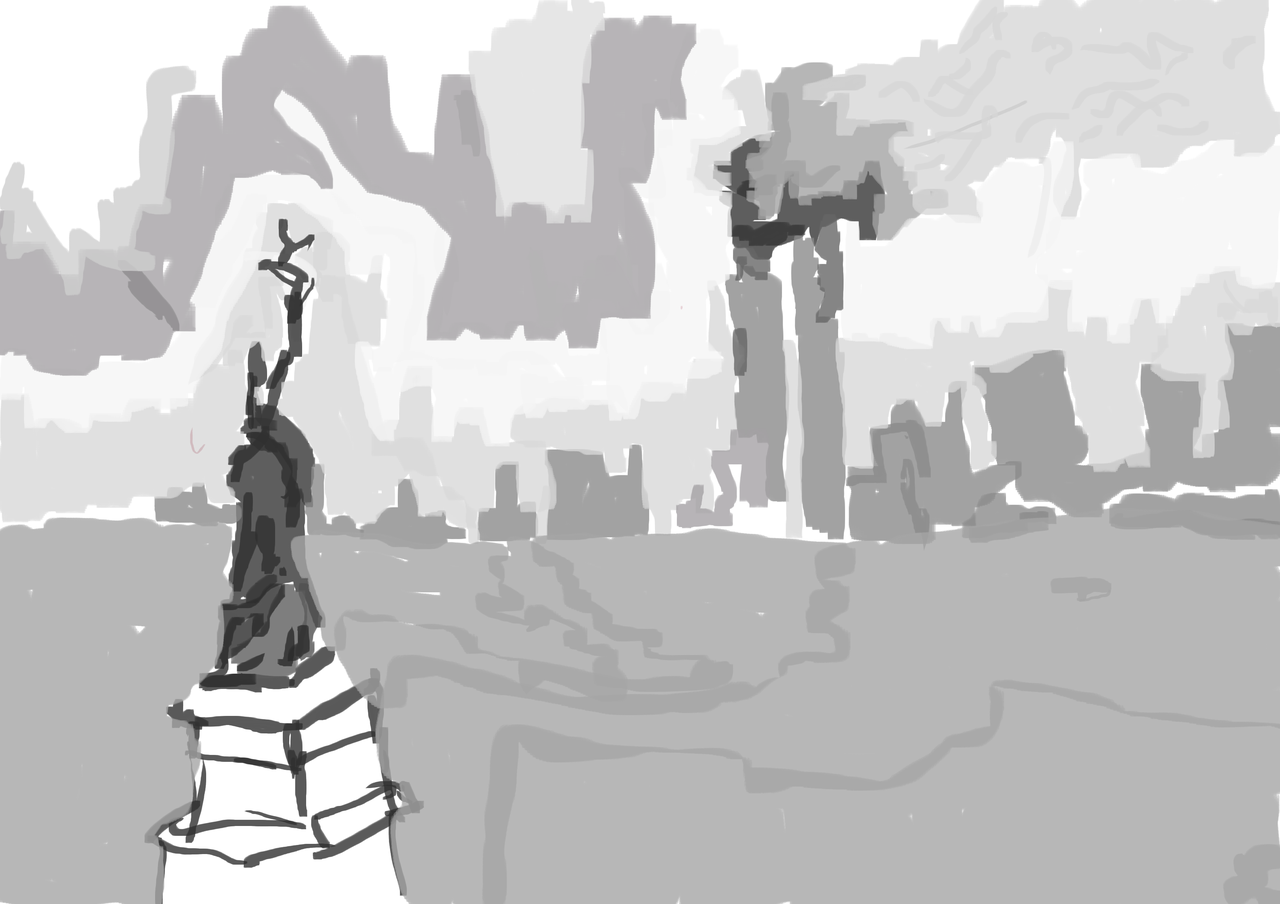 The grayscale tonal layer. The statue is the darkest, followed by the areas of the towers which were hit. One colour covers the water. A range of lights and darks spread across the skyline. 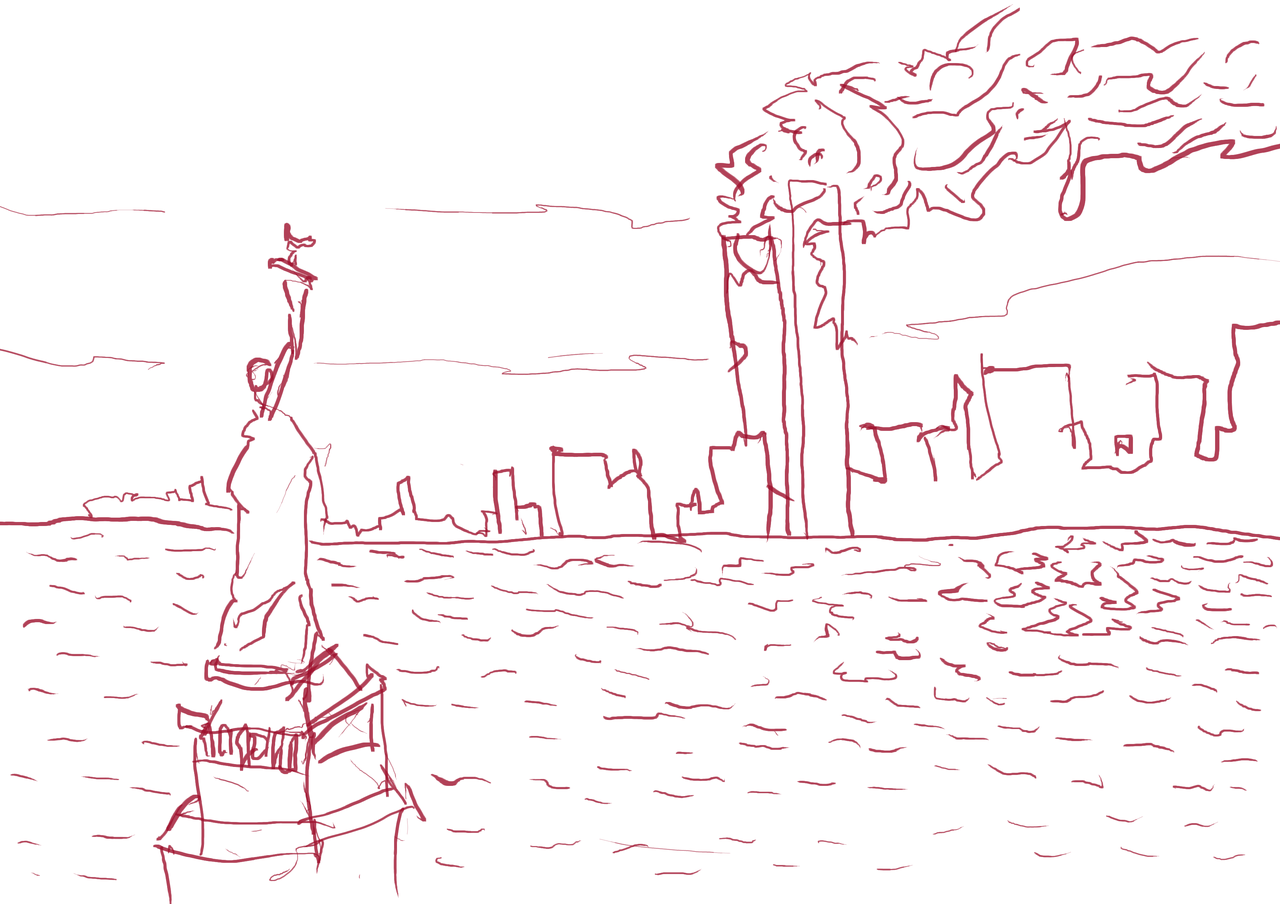 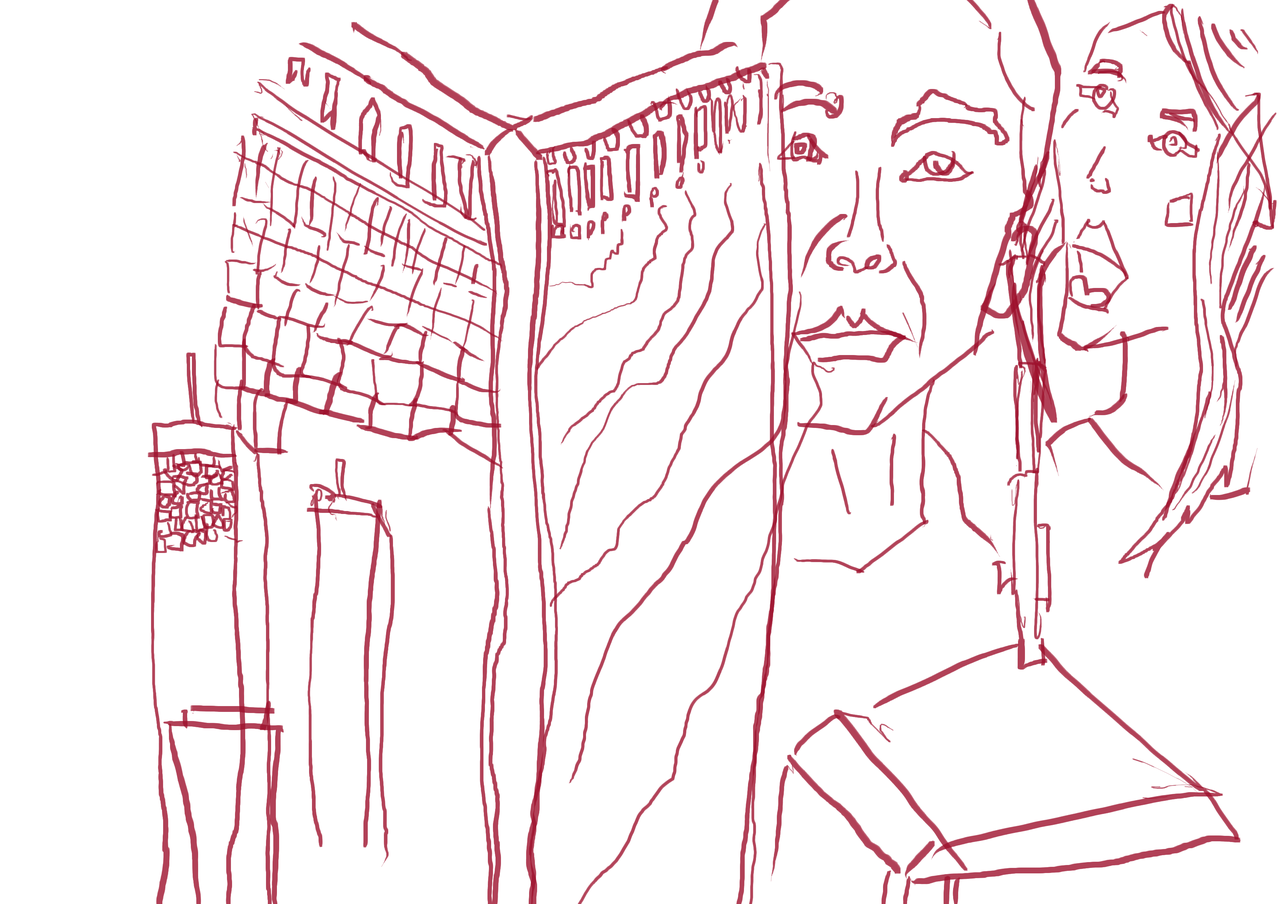 Close up drawings of towers. Arab guy and Pepper portrait.