I decided to get back into some 3d - taking a break from the digital painting for now. It's been a couple of days since I've painted. I've wanted for awhile to get back into 3d. Working in Blender and Source Filmmaker. I'll start with Blender. I opened some of my .blend files and retextured the works. The textures used are digital paintings - mostly environments. It's refeshing to see this series of works come alive in a animated world. 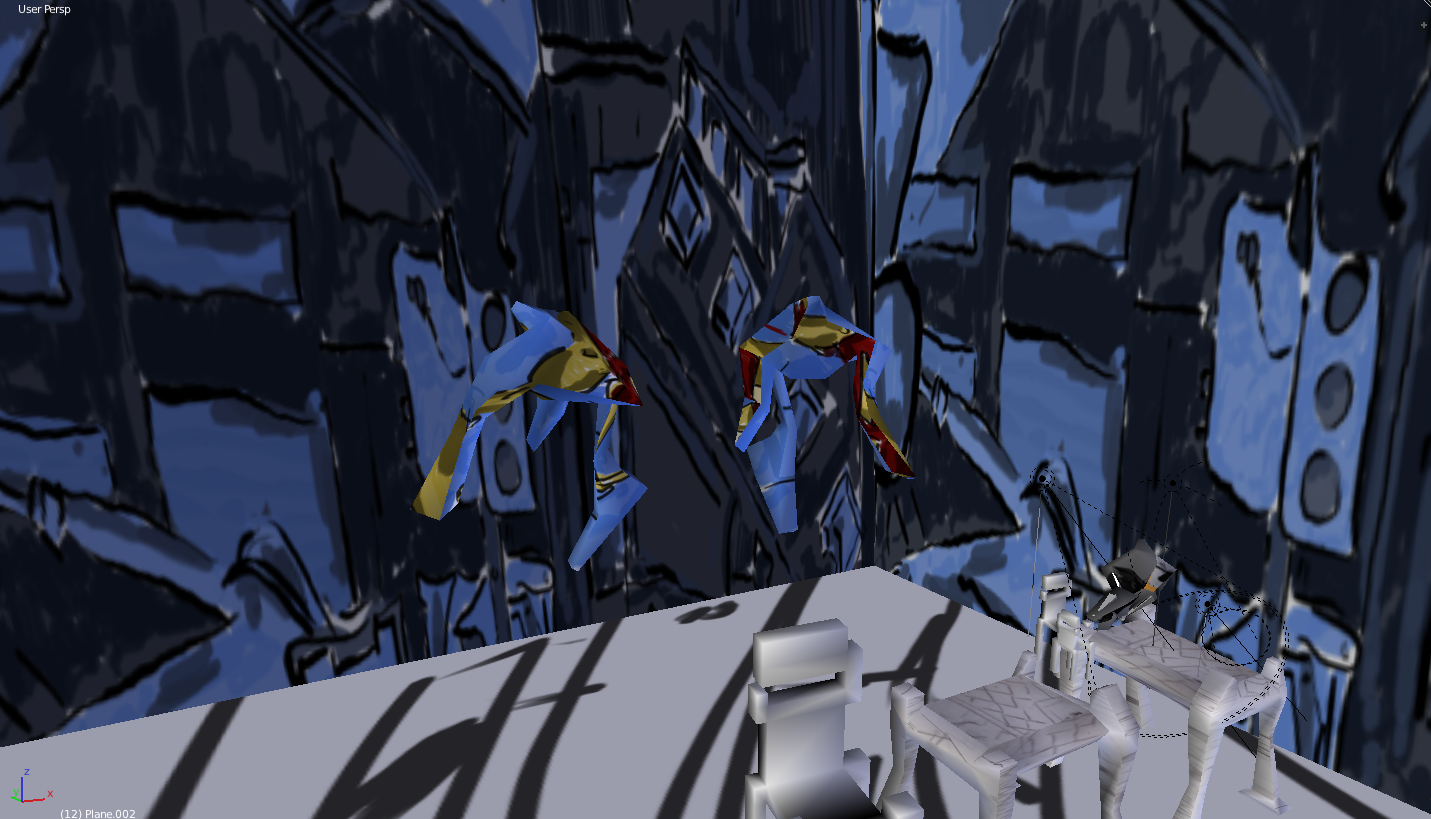 All the models had been used before - I simply retextured and rearanged the scene. I used the character as part of the set - creating two large stationly characters. This helps give the scene more depth - often these blending in with the background. 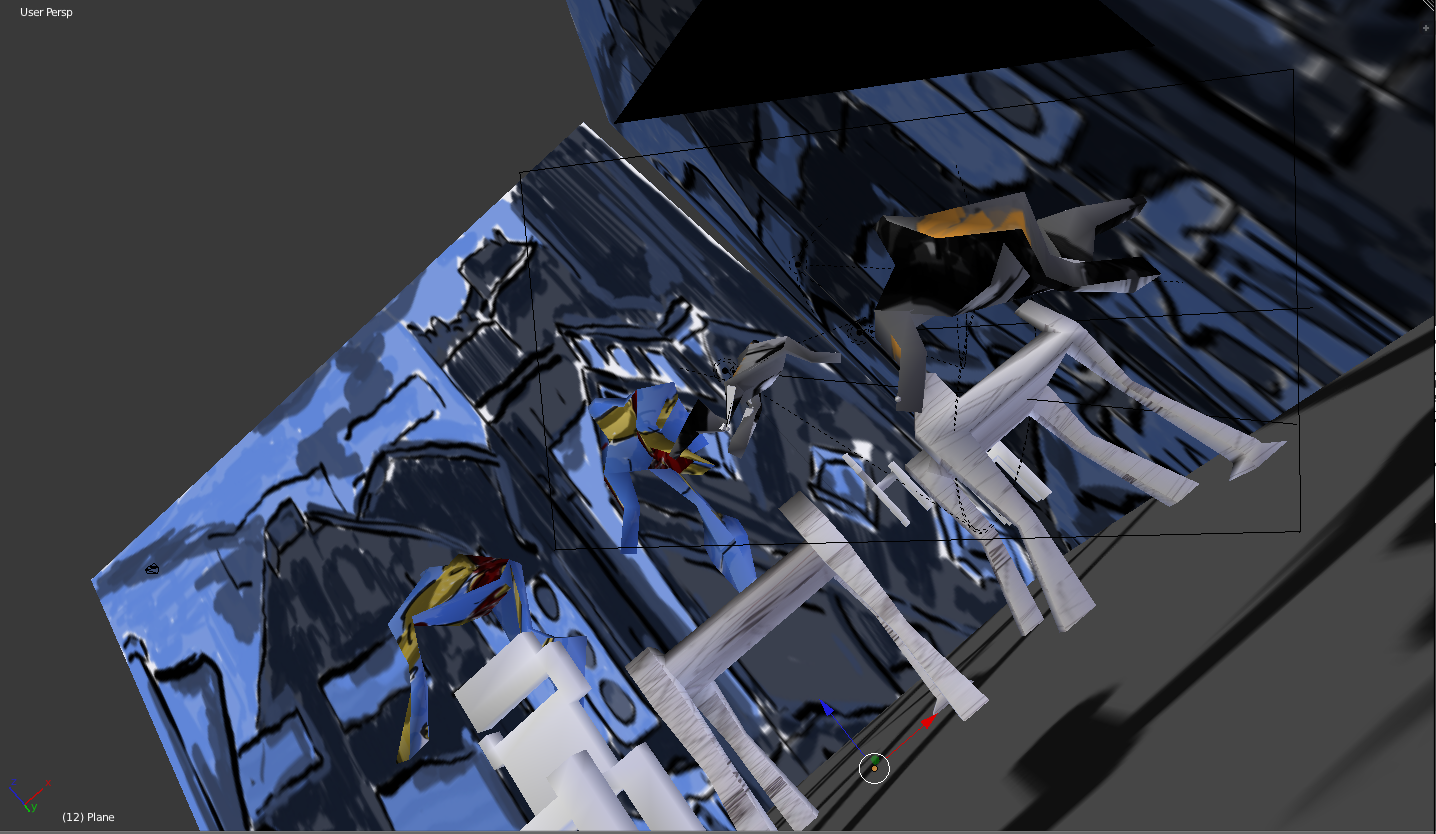 On the right is a character that moves forward during the sequence. This model has a different texture to everything else - helps with contrast. . And finally the video of the animation. I'll make another post later highlighting some of my learning in Source Filmmaker. In the meantime, keep doing what you're doing.