Artwork from The Cure concert, life drawing on Friday and even kiwijam. 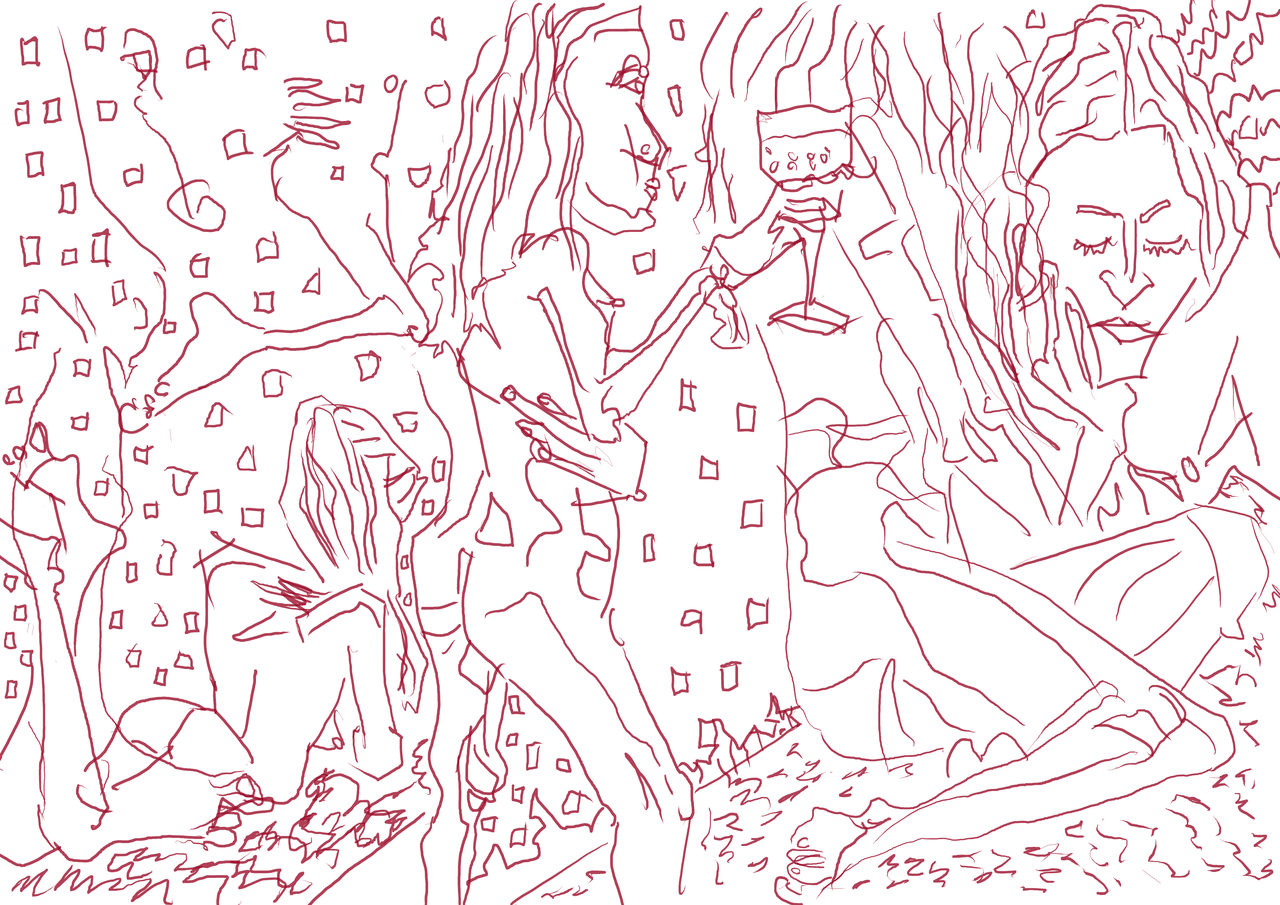 Standing pose in the centre of the model holding a wine glass. I took the liberty and filled the glass with bubbles. Standing around with an empty glass is pointless.

In the pose where the model is lying down her shoulder blades are very dominate - a spec of hair comes out the edge. It was quite cool. She lifted her legs up for this pose also - which helped to squeeze the figure in. 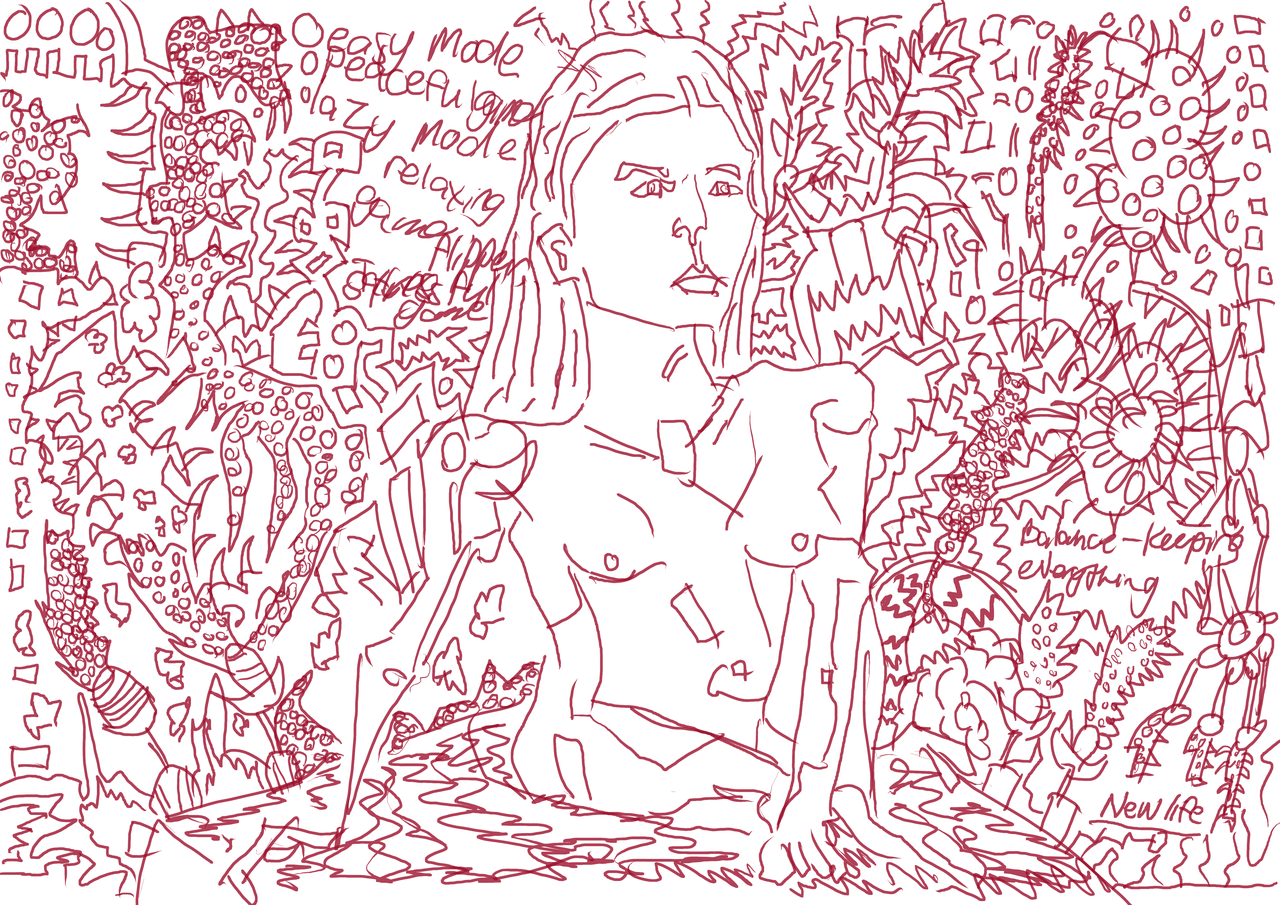 Final sitting pose for the day. Creating shapes on the model where the darker areas would be. 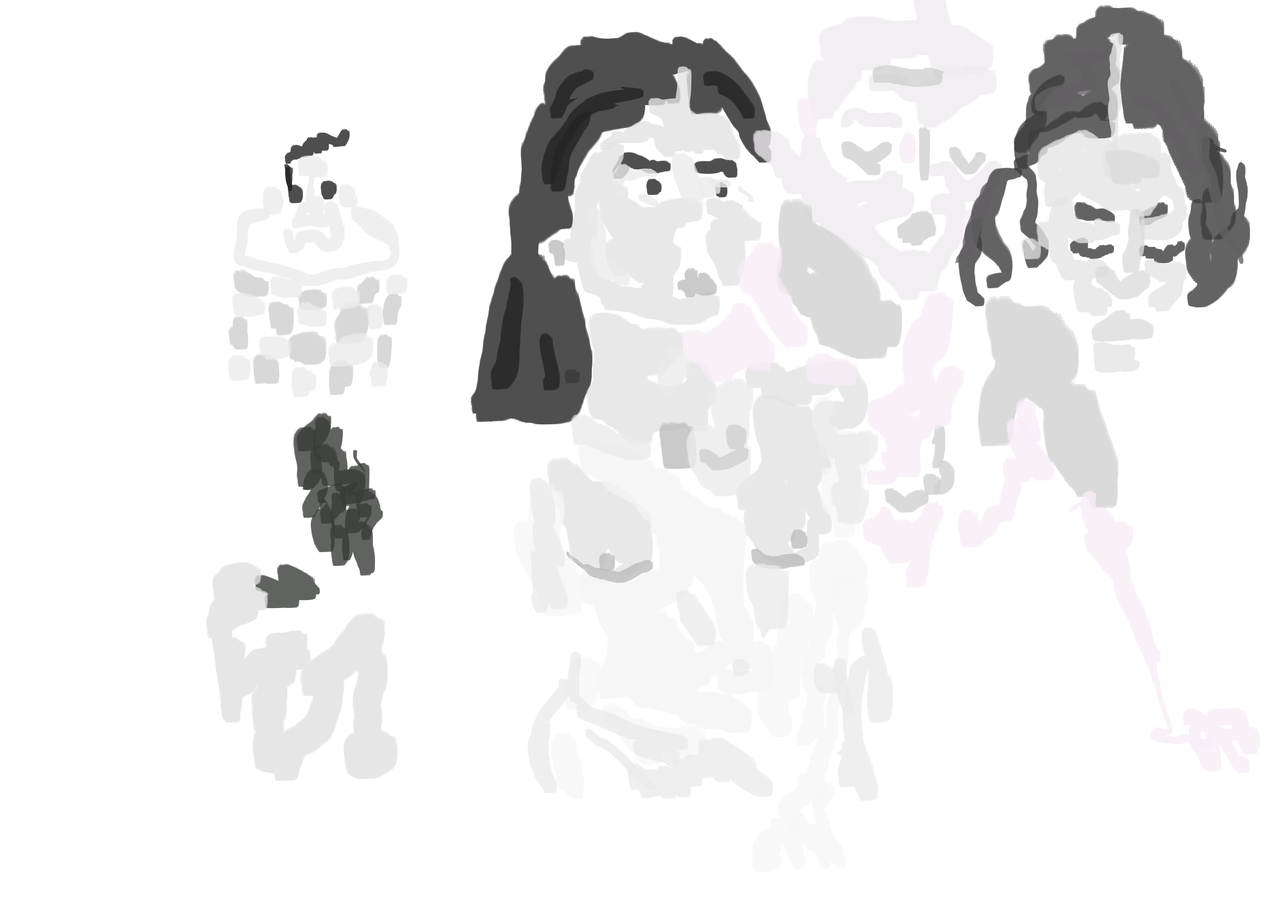 I attended Kiwijam in Hamilton. Last year I made it up to Auckland but this year I decided to stay behind. I spent the first few hours working further on the life drawing I had done that day - including a grayscale tonal layer of several of the poses. 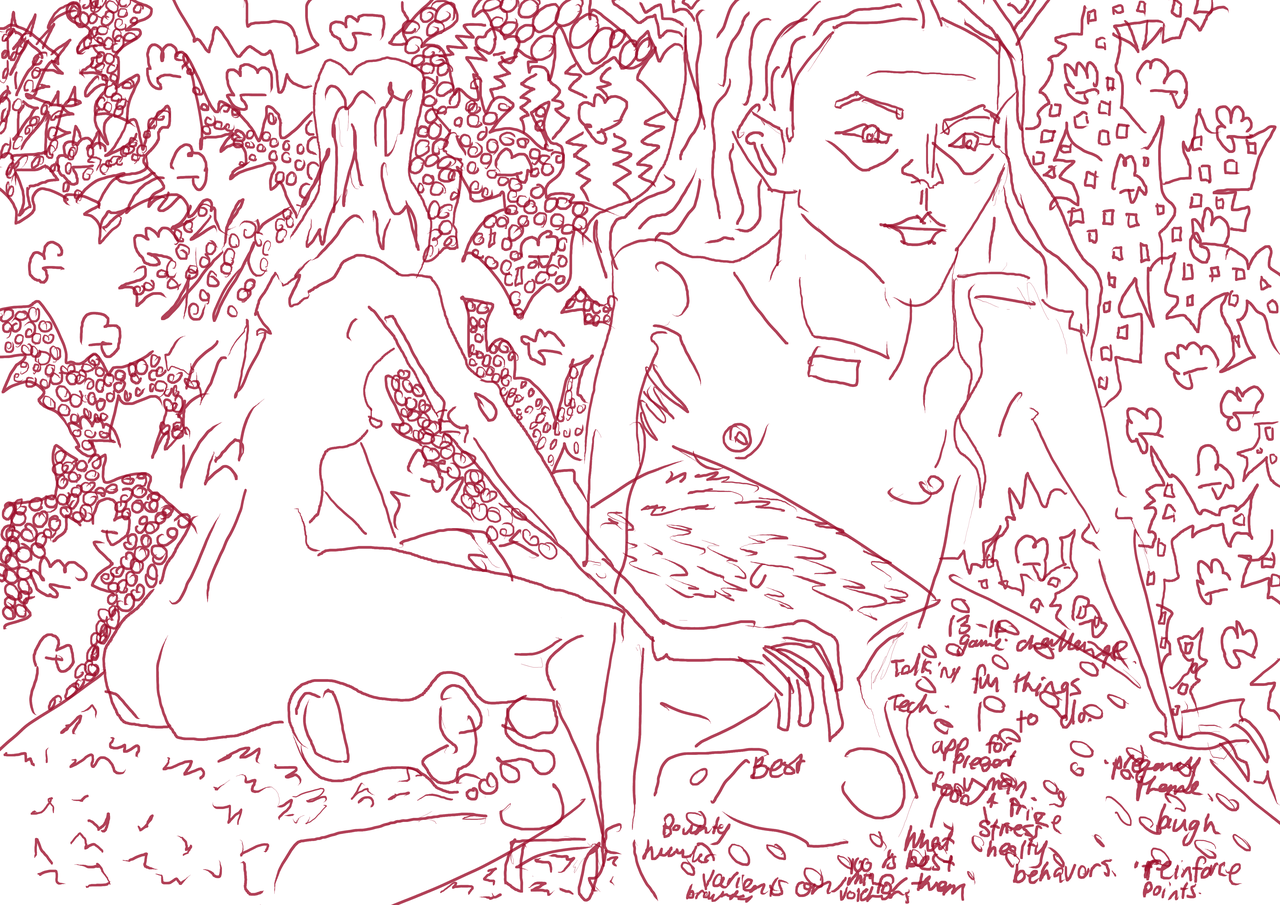 Adalaide was the model. I had never drawn her before. This is the same pose from two different angles. I like how large her foot is in the left drawing. It's really coming forward. Feet are something I often ignore so proud of myself whenever I am happy with them. On the right is a front view. I like how these two drawings merge into each other and the use of negative space - the blanket from the left drawing covers the drawing on the right. 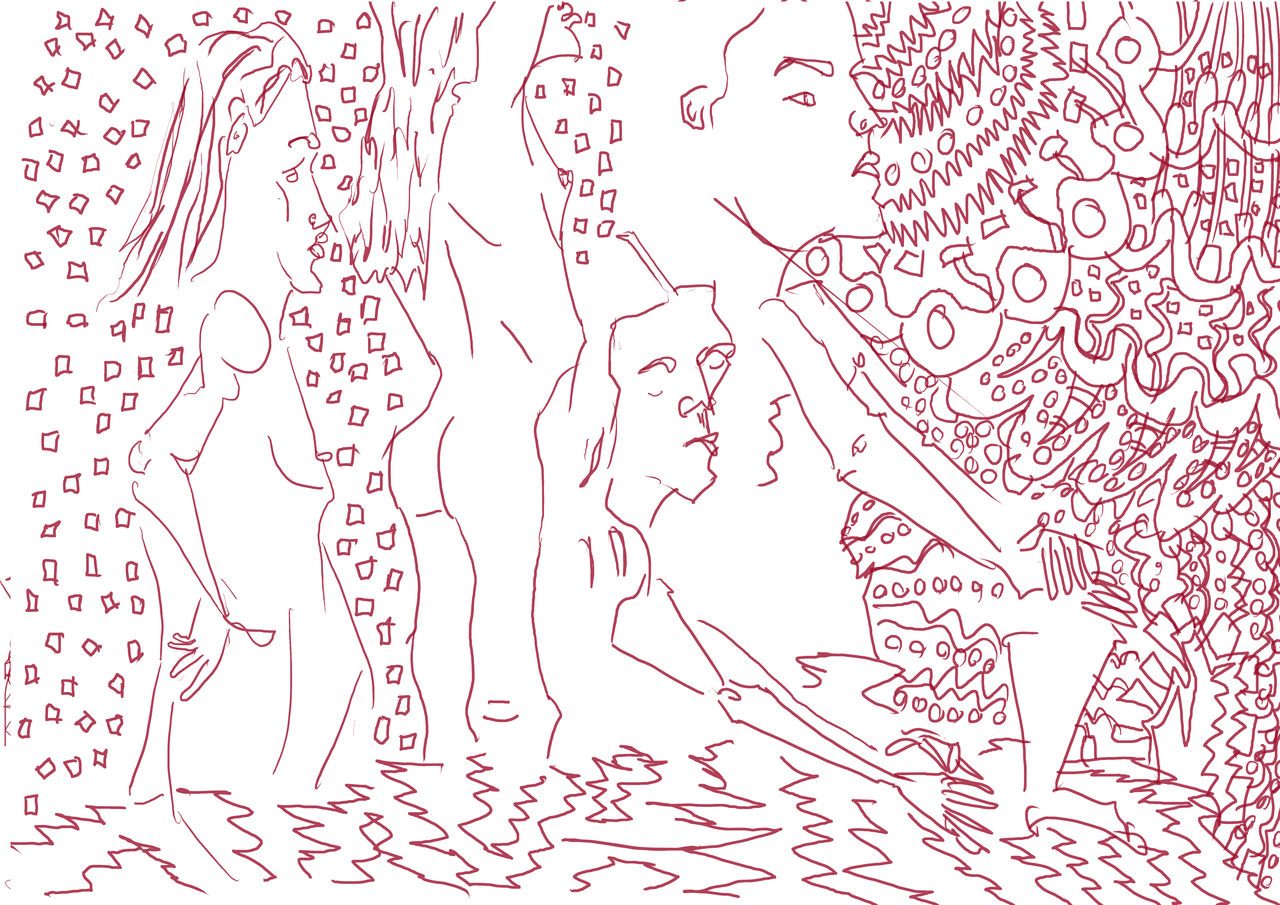 Warmups. I arrived just on time and the group started a several minutes late. I was struggling with the line work but improved as the session developed. 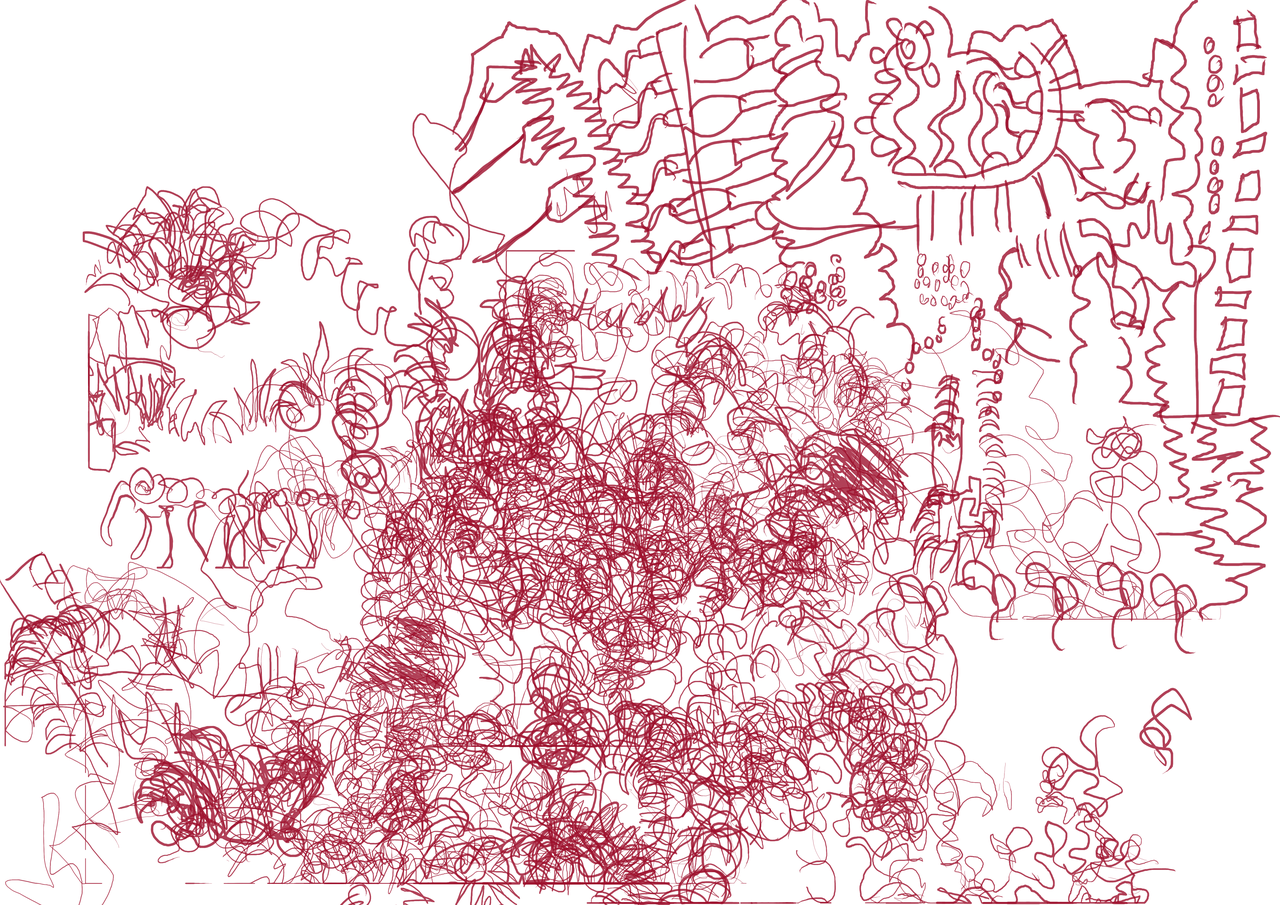 On Thursday night I went to Auckland and watched The Cure with my sister. I had not seen a concert live for years. I did not know at the time how to reduce the brightness on the Pi and didn't have my cellphone with me in order to look it up online. For the majority of the show I drew with the screen facing down. The lead to me having no idea to what I was drawing. Next time I will reduce the brightness on the Pi (didn't know how to at the time and no internet). 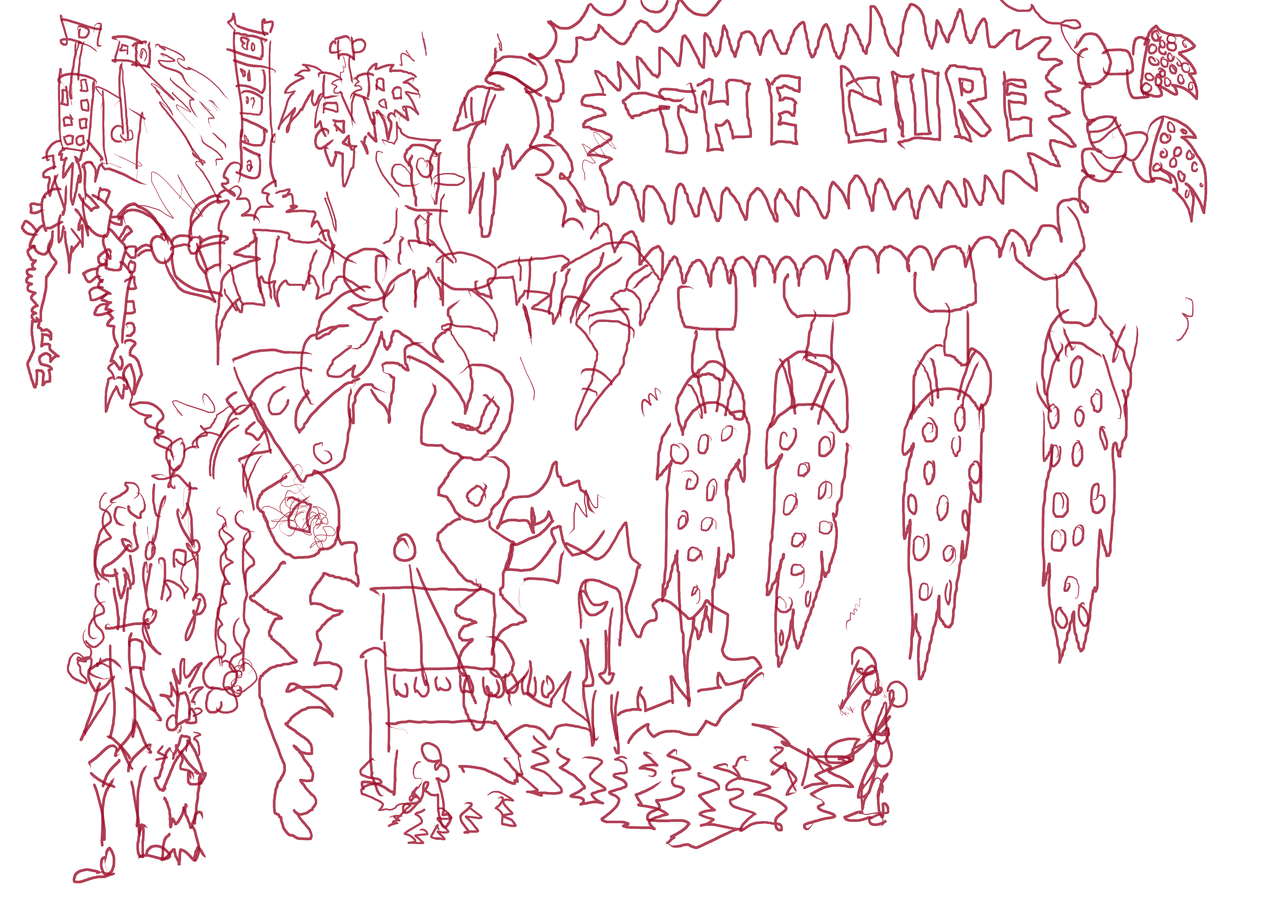 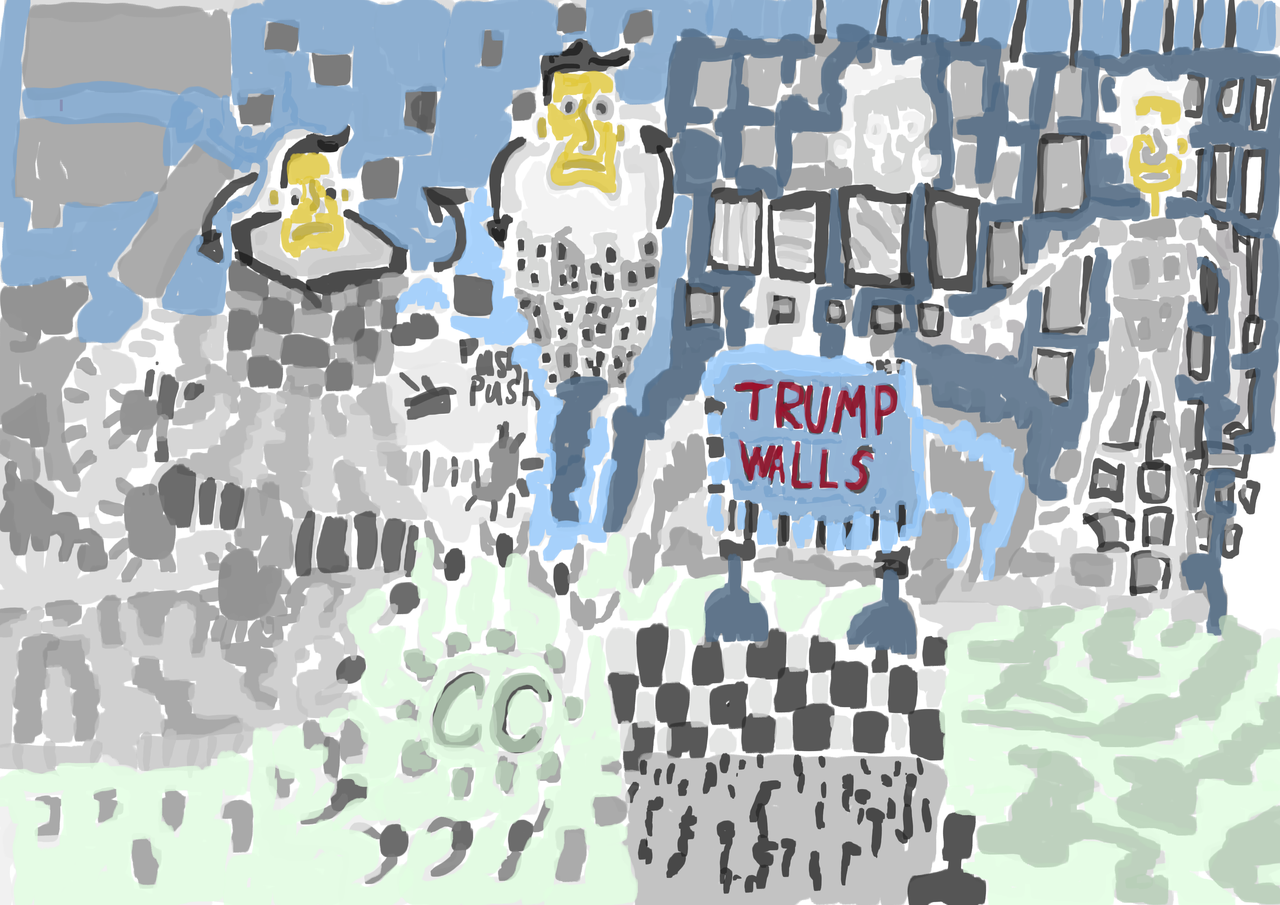 At Kiwijam my group is making a game about building a wall around Trump. This is the colour layer I completed. Have yet to pass it onto the group yet - and it's unlikely that they need it. 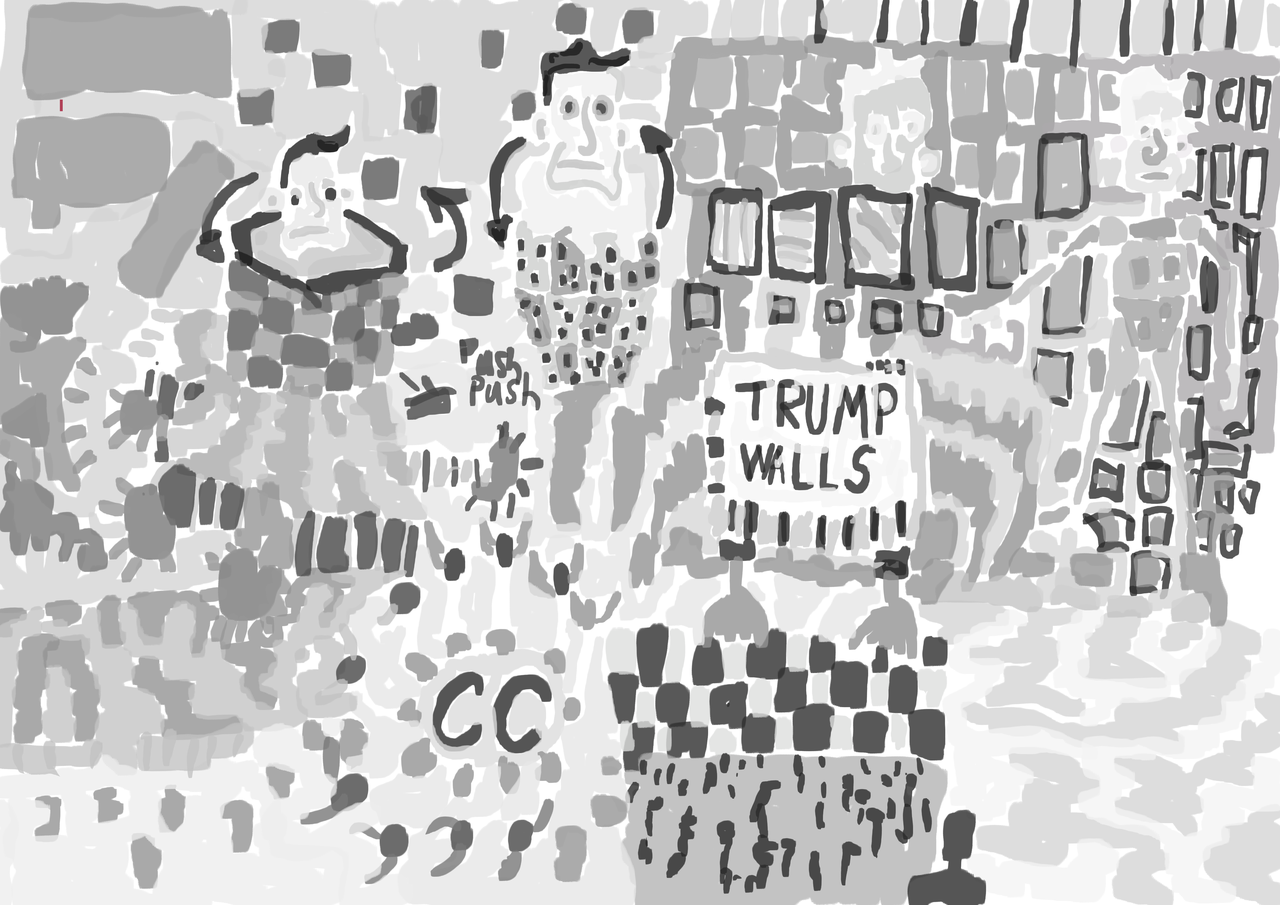 Grayscale tonal layer for the Trump Wall game. This was drawn today and given to the group. I look forward to seeing if they got much use out of it. 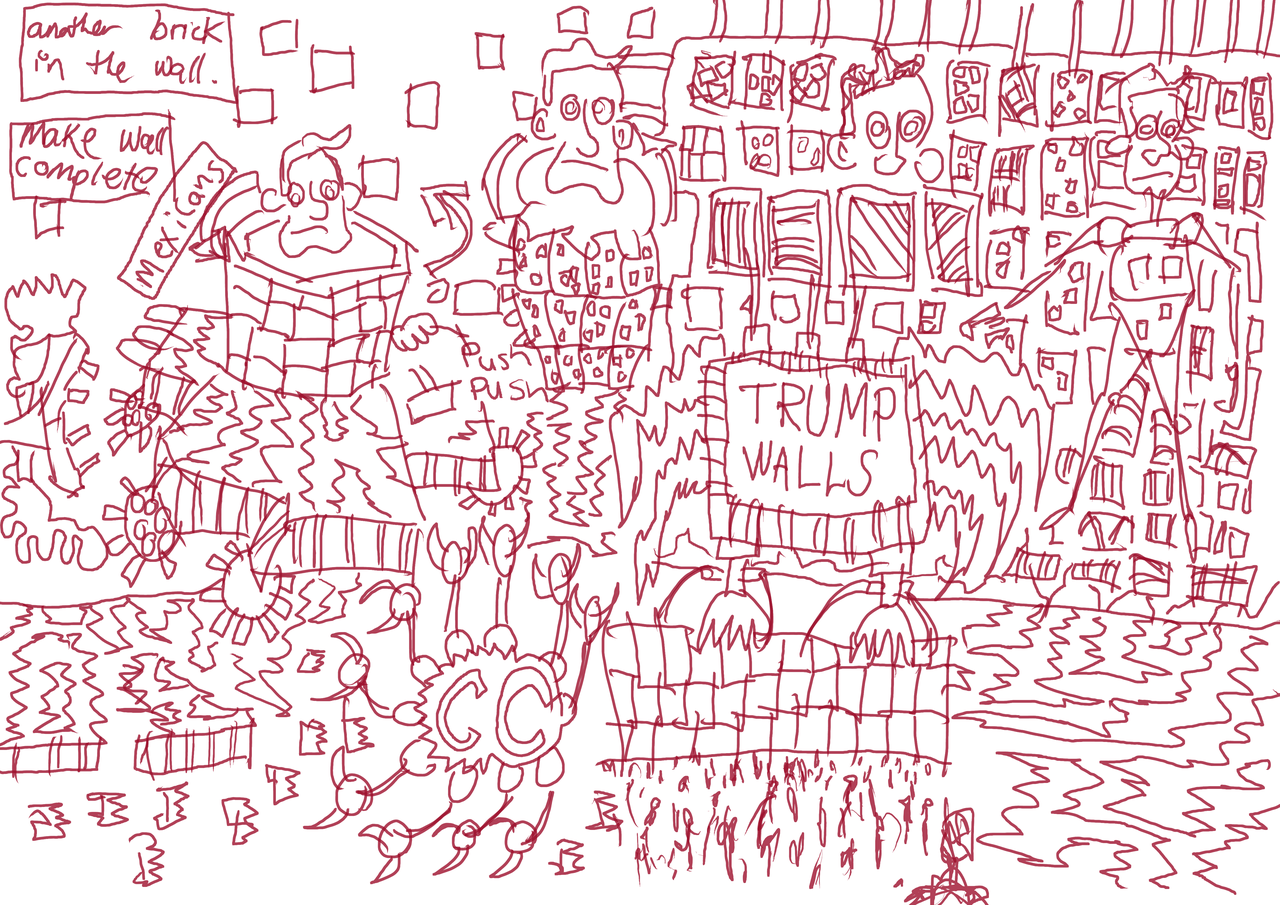 Trump Wall line layer. This was drawn Friday night but wasn't given to the group until Saturday morning. Again, interested to see if/how this will be used in the game. It will likely have elements of it turned to vectors - but who knows.