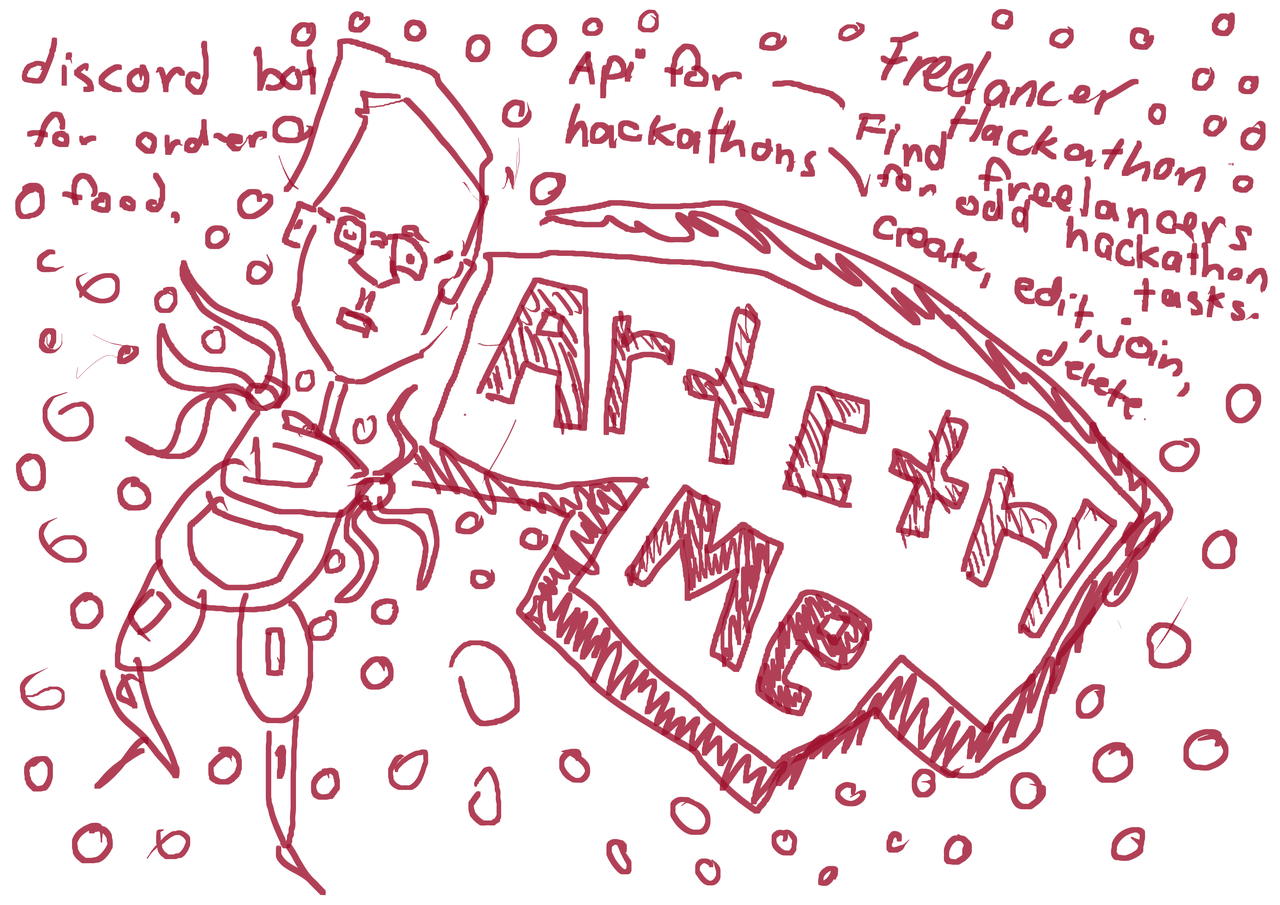 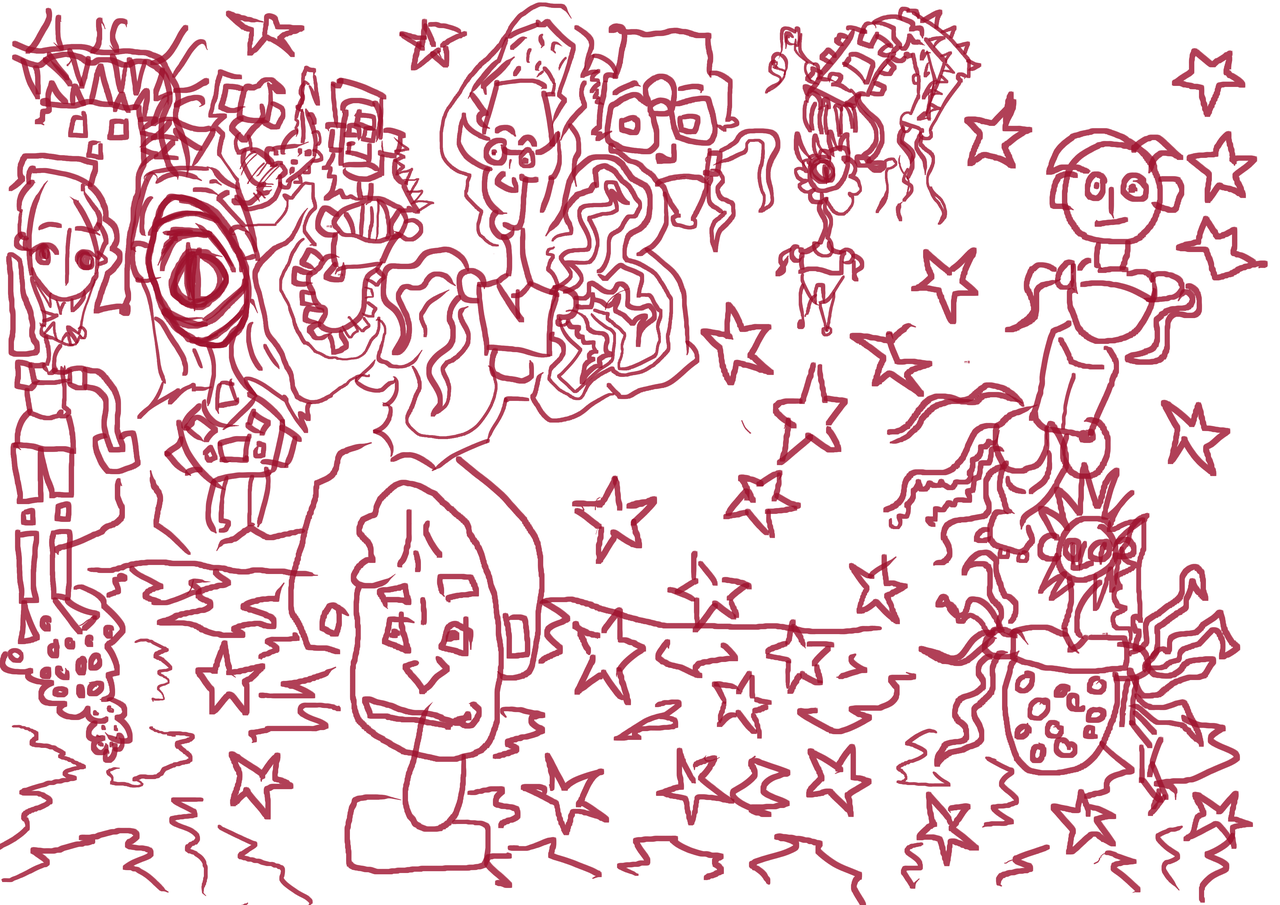 The character on the bottom looks quite anxious/nervous. Lots of stars and characters floating around the scene. 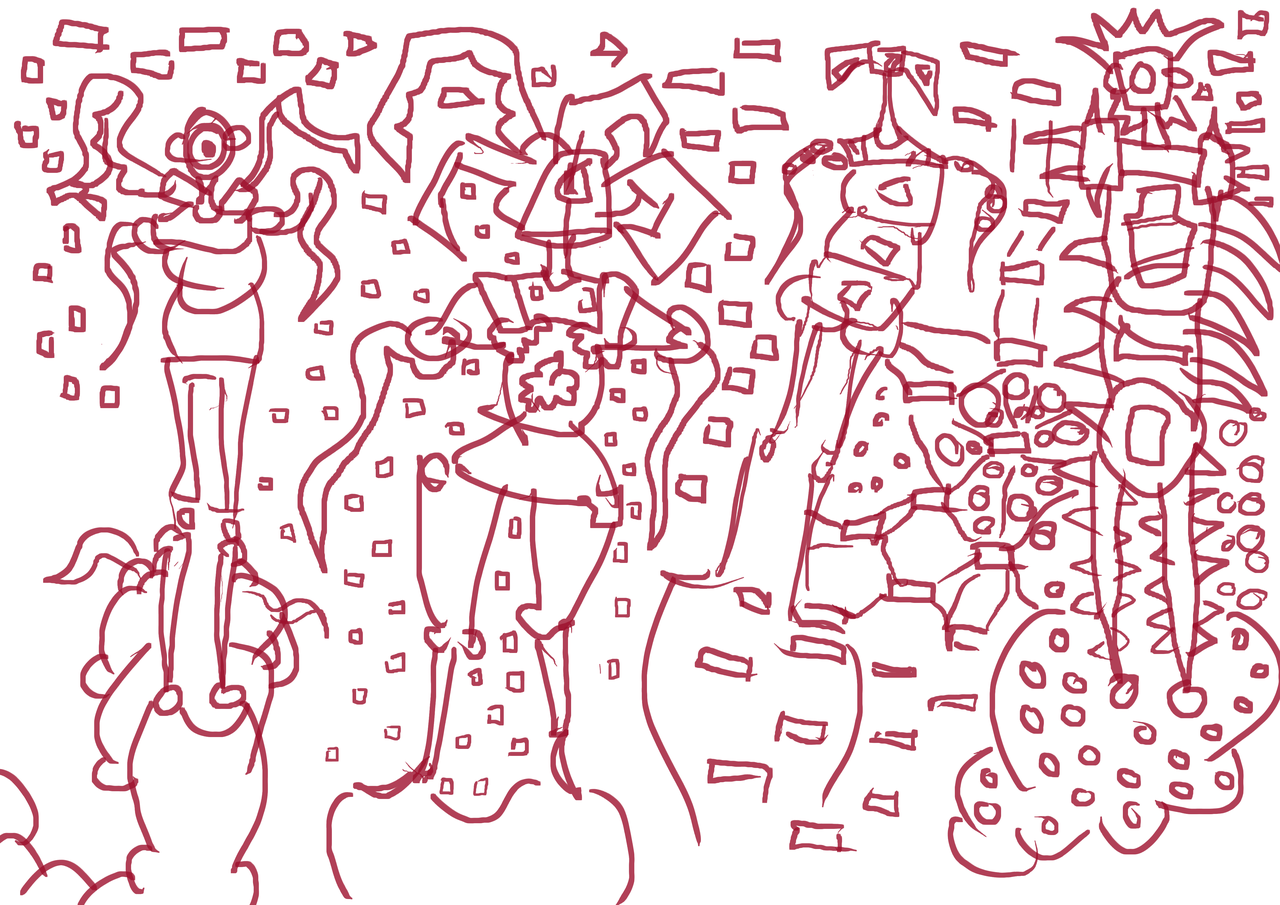 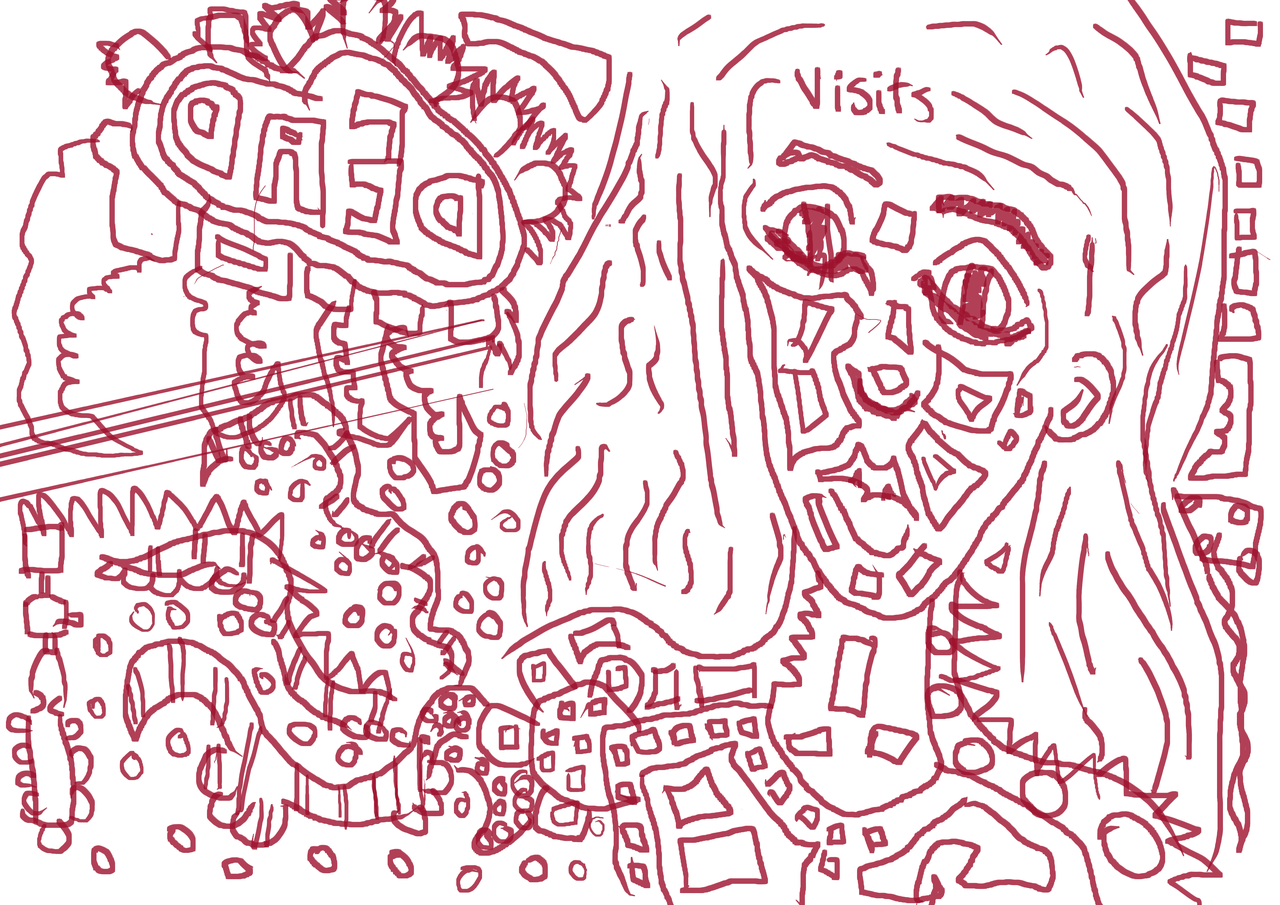 Female character from imagination. Covered in squares that causes a tattoo like look. Dead is backwards. 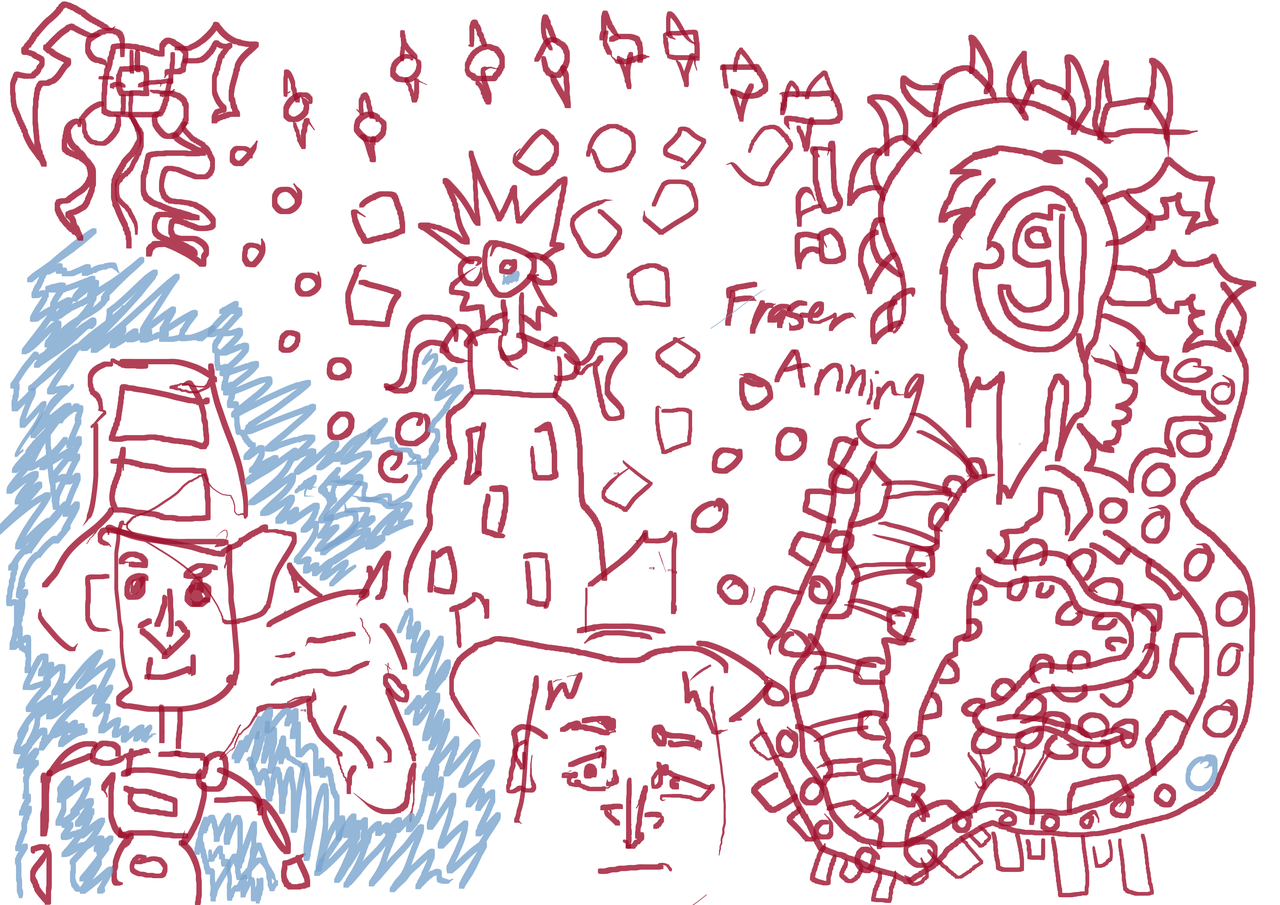 The character on the left has a hat and a horse behind them. 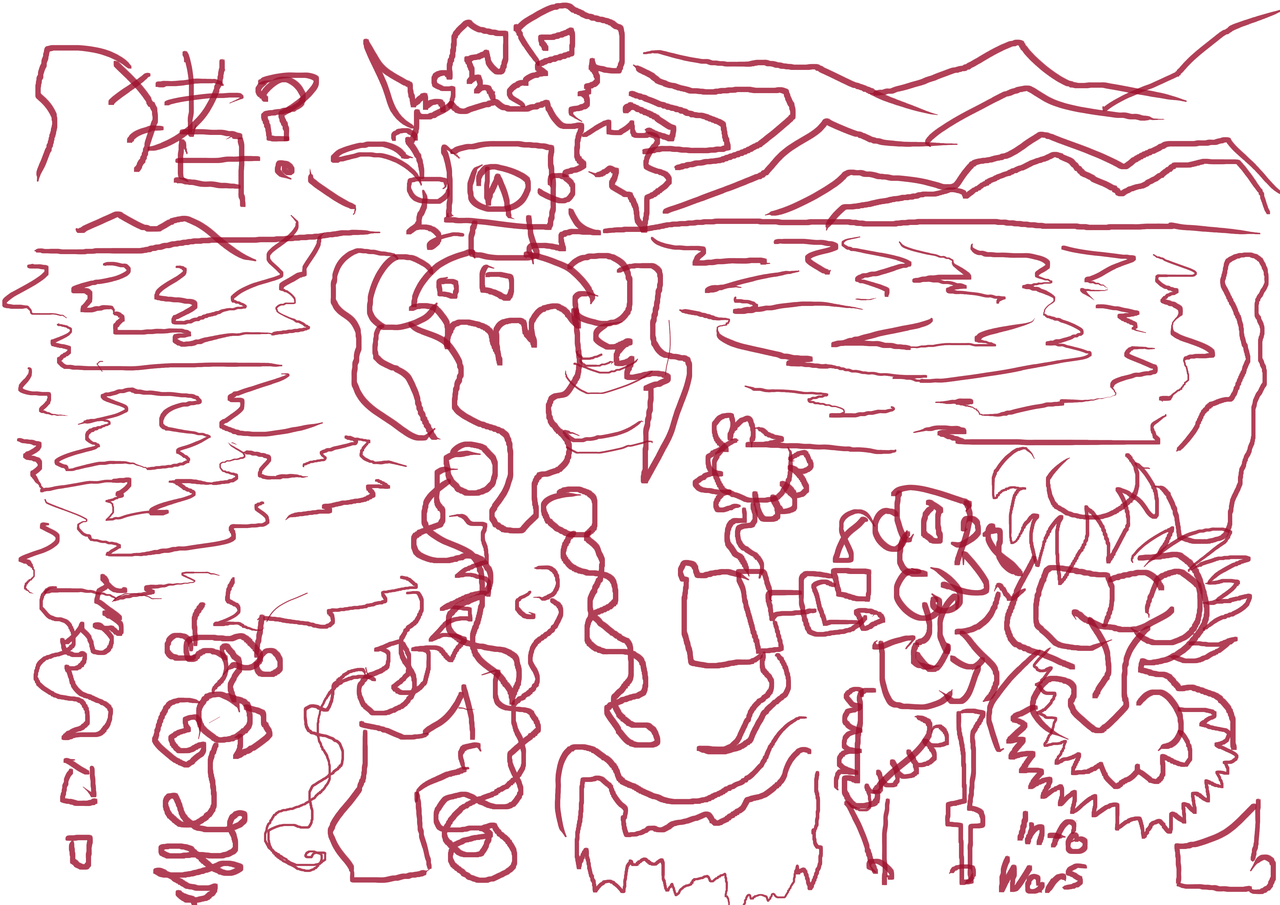 Chinese character in top left. Land in the background with water coming towards the foreground. One main character floating above the water. 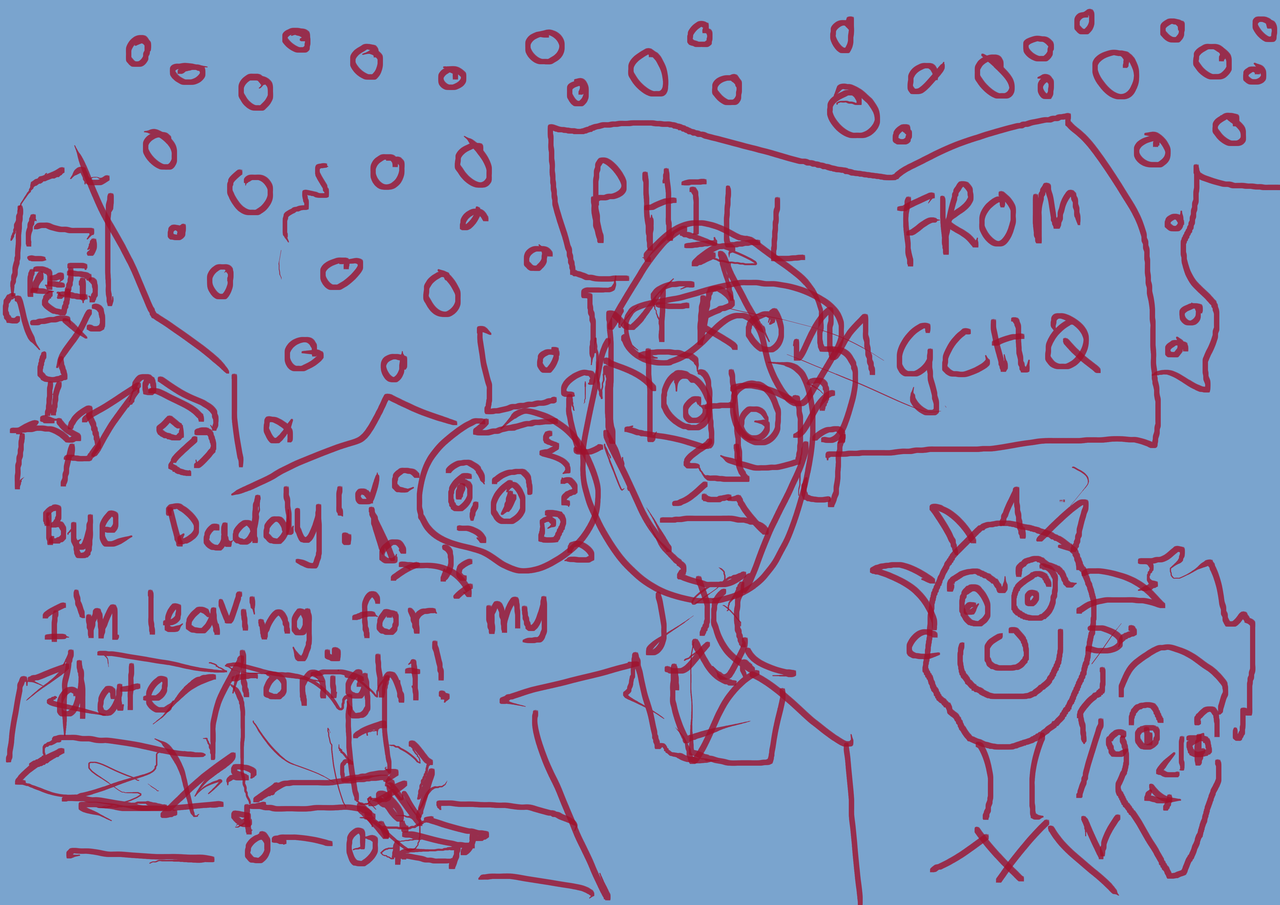 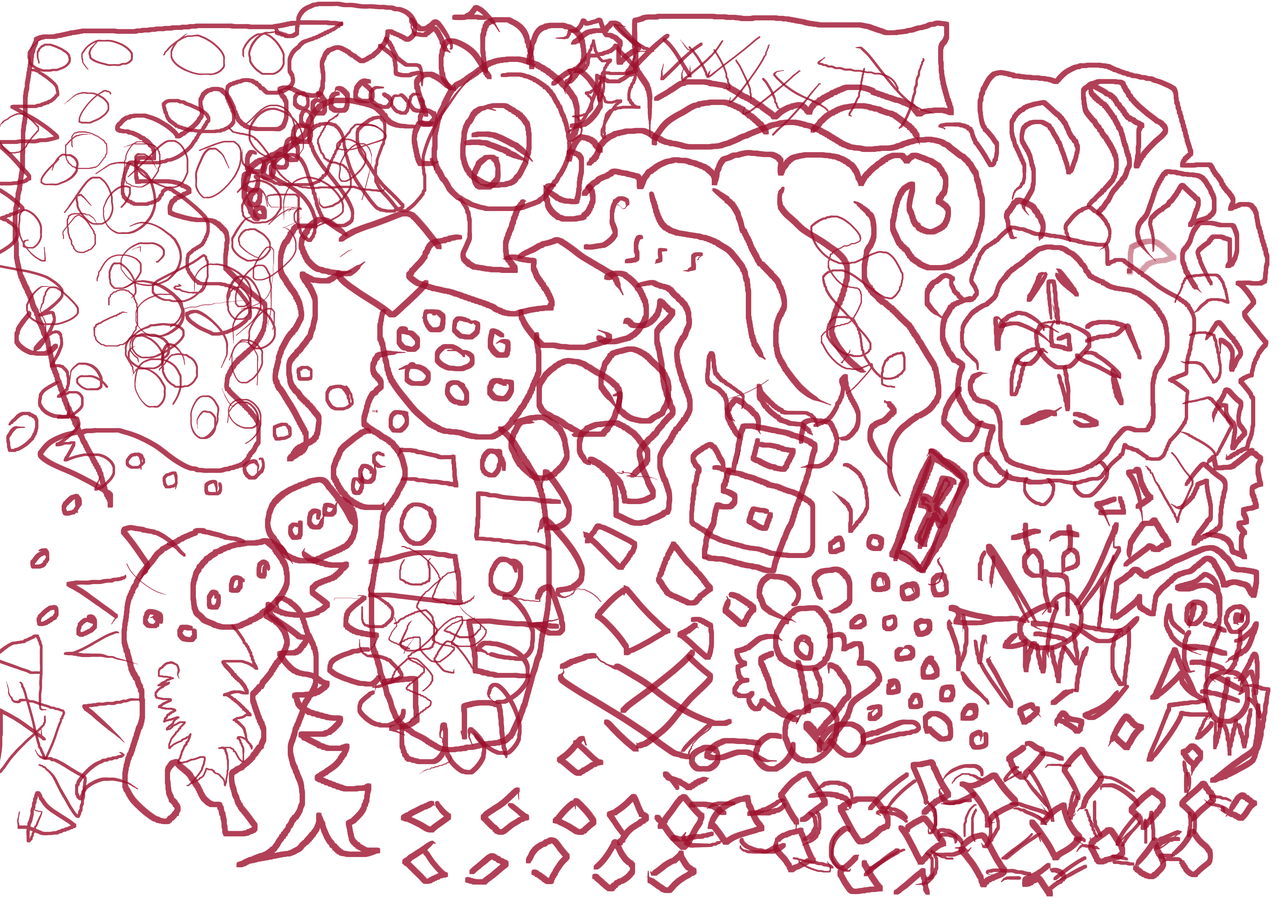 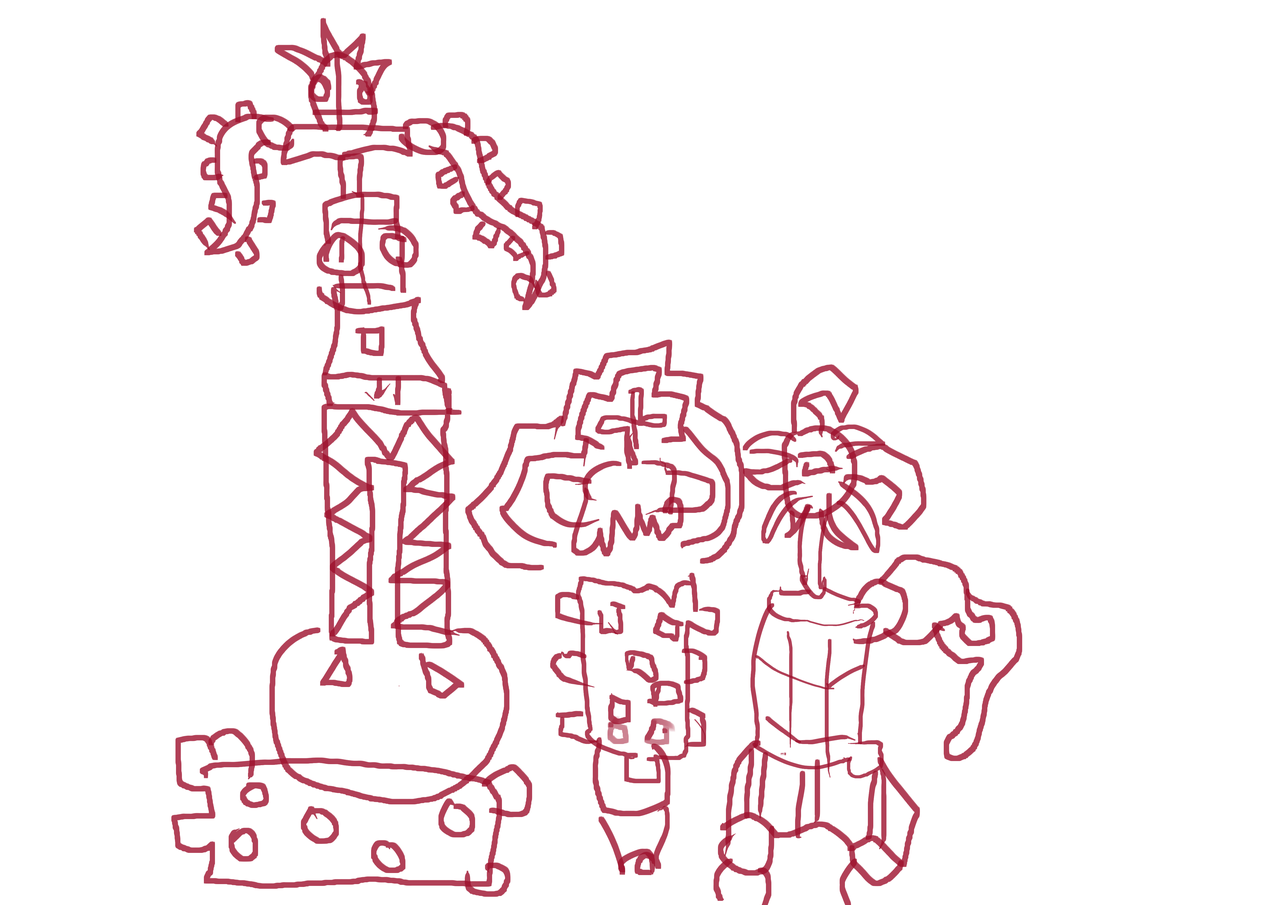 The most minimal drawing of the bunch. My Pi ran out of memory with large file so I had to close the file and create a new one. The character on the left has pants with spikes spiraling around them. There is also a cross in the center. 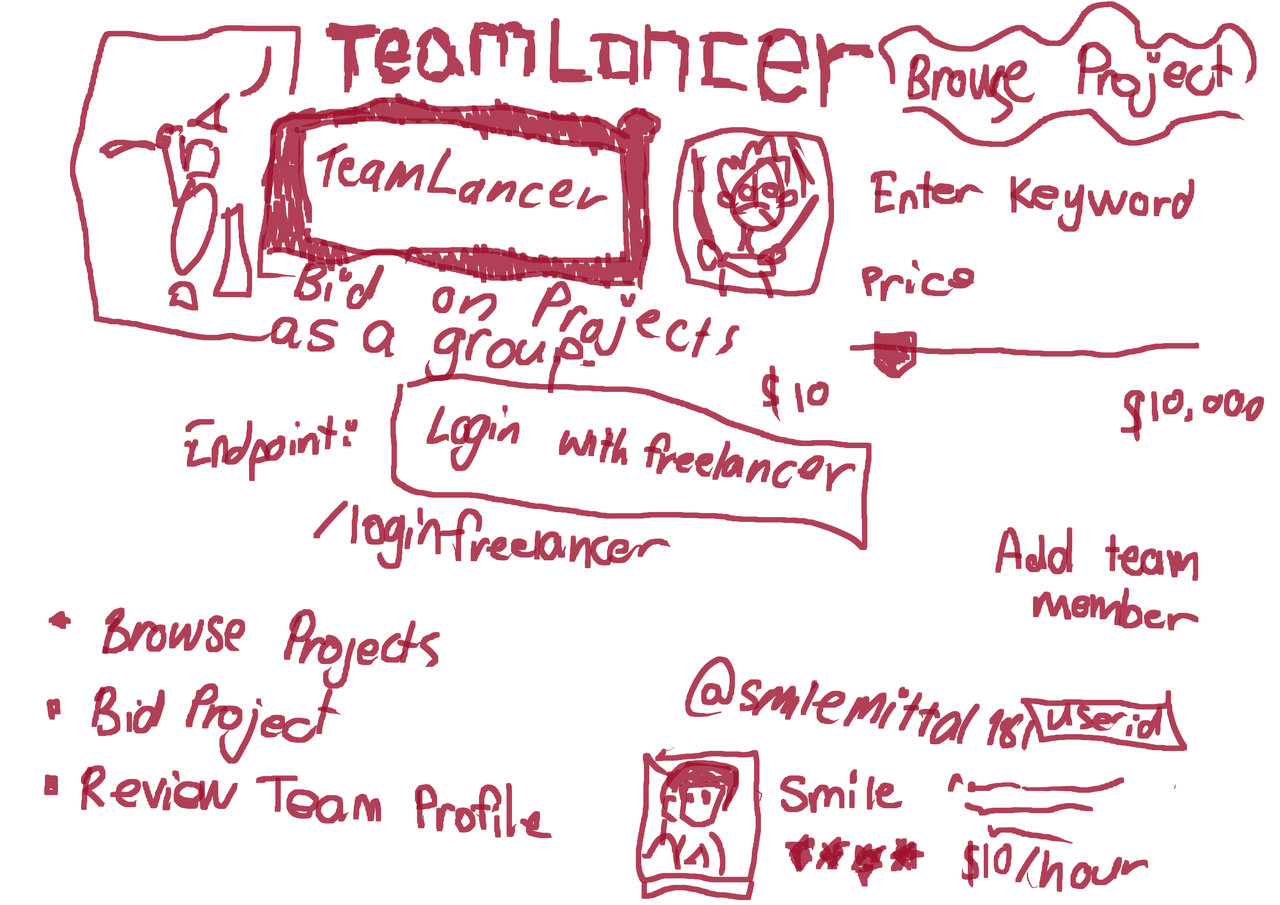 Attended Freelancer Hackathon. My team was quite large - around 8 people. Normally I like to work with smaller groups when I do hackathons. I find between 2 and 4 people to a team works this. This was a piece of artwork that I created for TeamLancer.

TeamLancer hearts. Portrait in the center that has been filled with yellow and blue - the same line that I use for the line.