I had a great weekend drawing at Kiwijam followed by the wlug meeting on Monday night. Here is a bunch of drawings created at kiwijam, my brothers, and wlug. 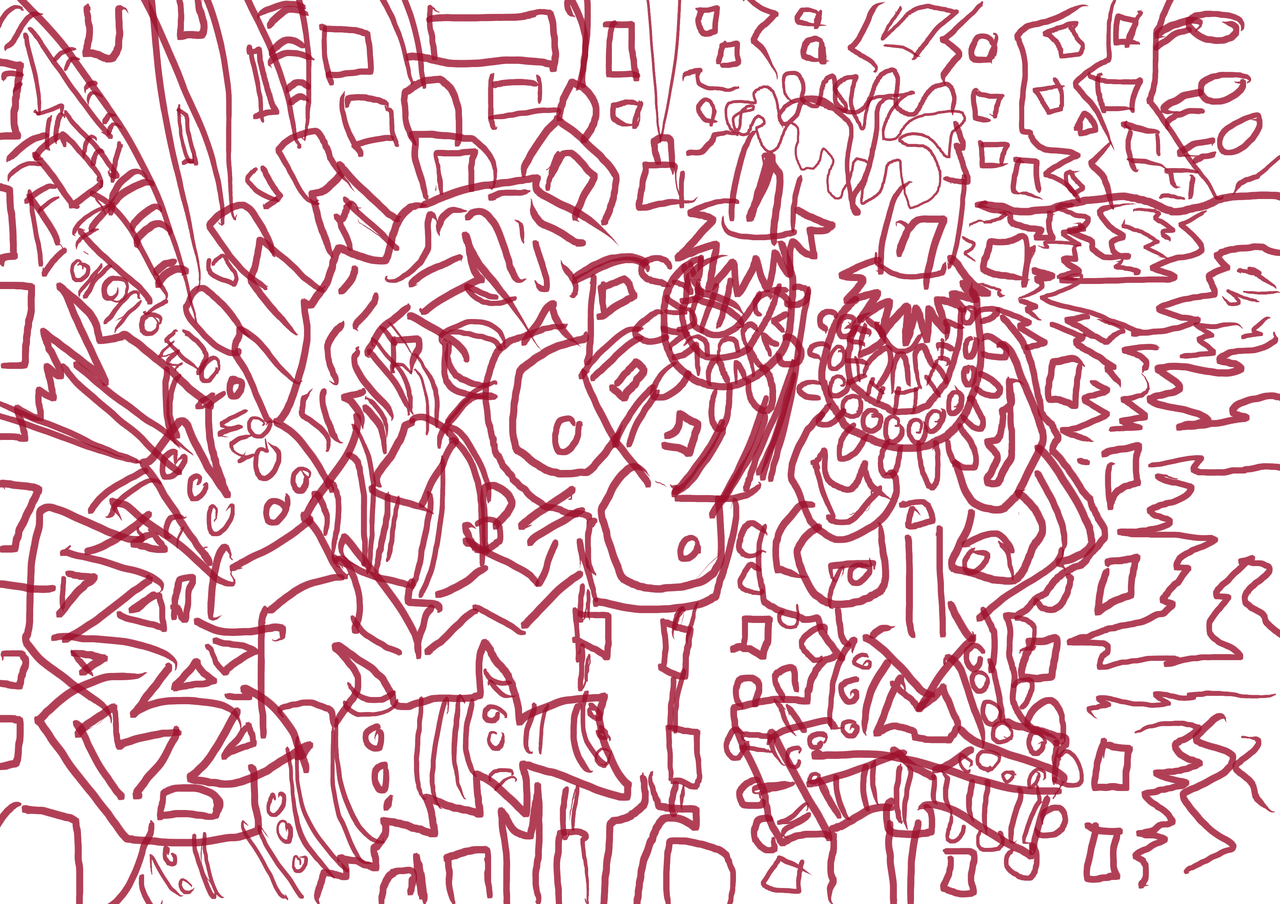 Created several cartoon portraits then filled the page with landscapes. 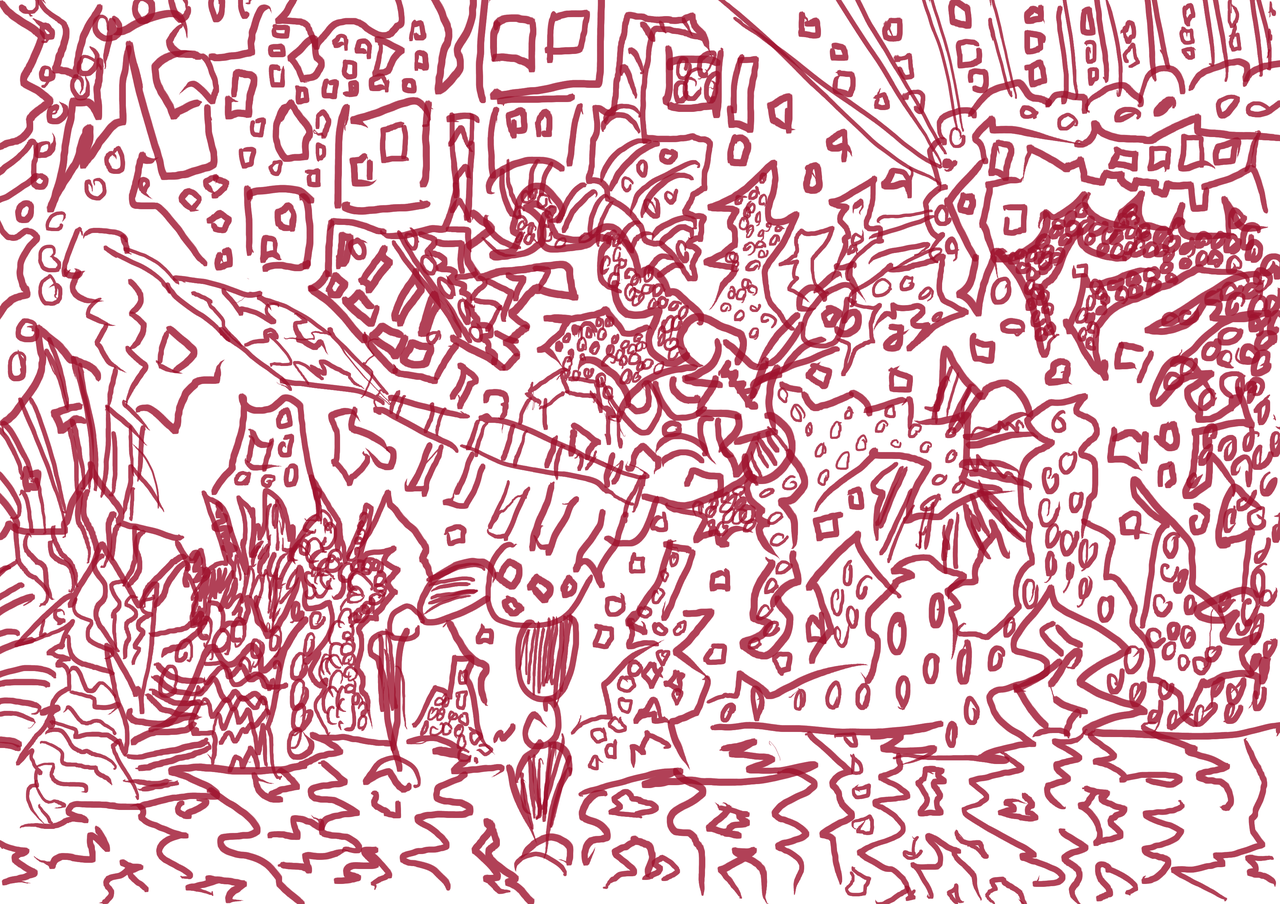 Focused on the circles. Small and tiny to build up an area. Landscape of water with a character at the bottom. Shapes rising up. 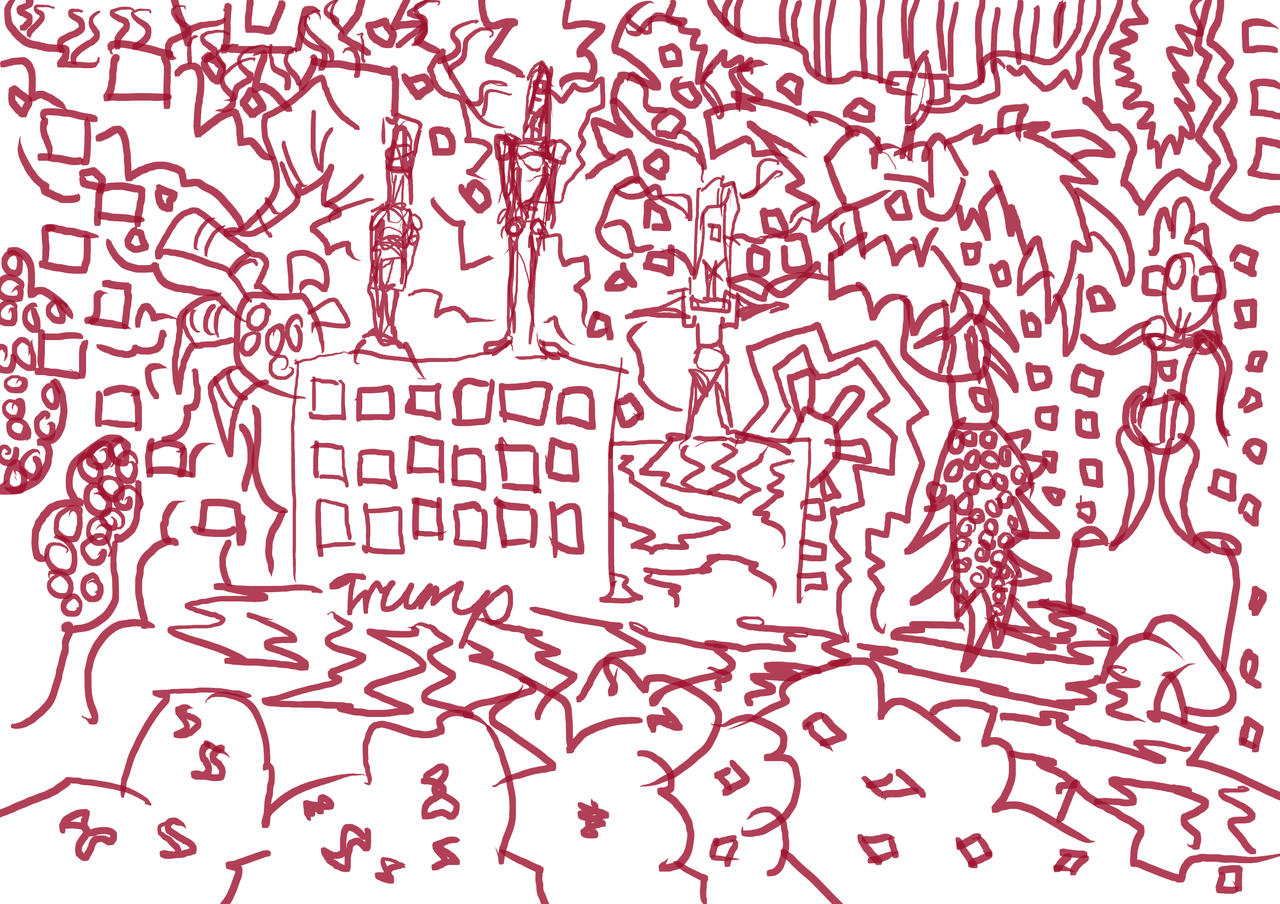 Continued with Trump theme. Characters standing on top of a wall. Water below. 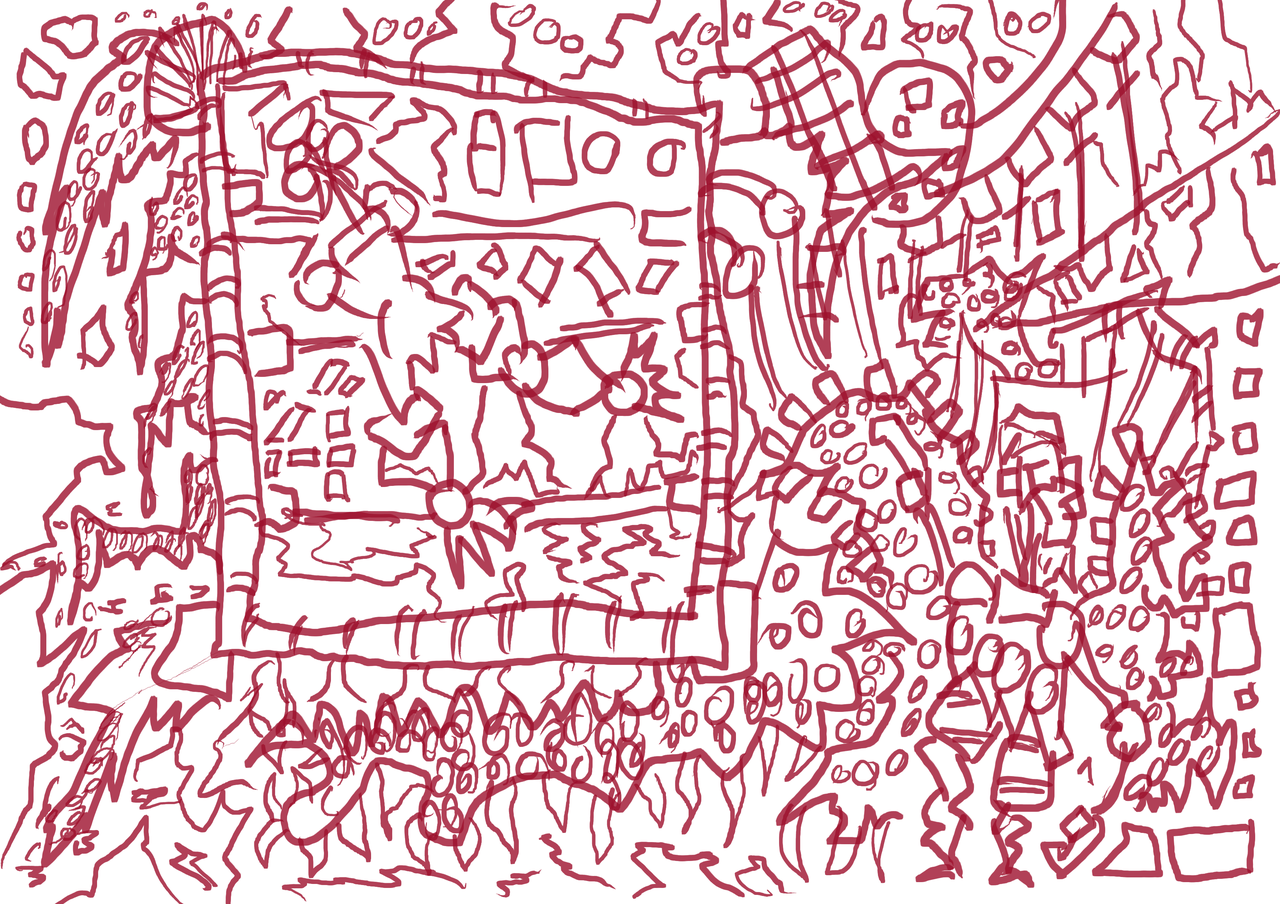 Character in a square frame with spikes emerging out. Another character drawn on the bottom left, merging into the background. 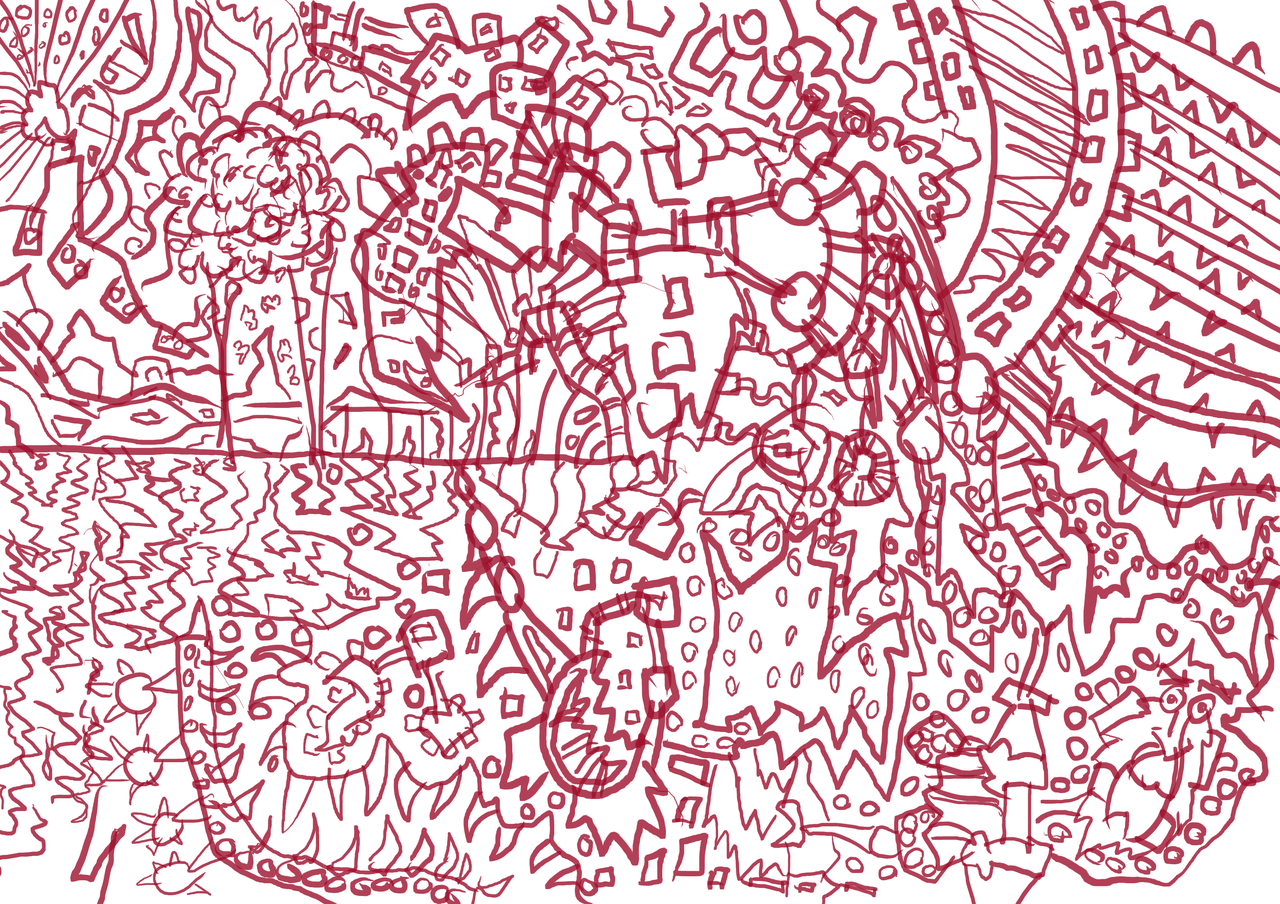 Detail on the water. Normally don't use such a small line for it. 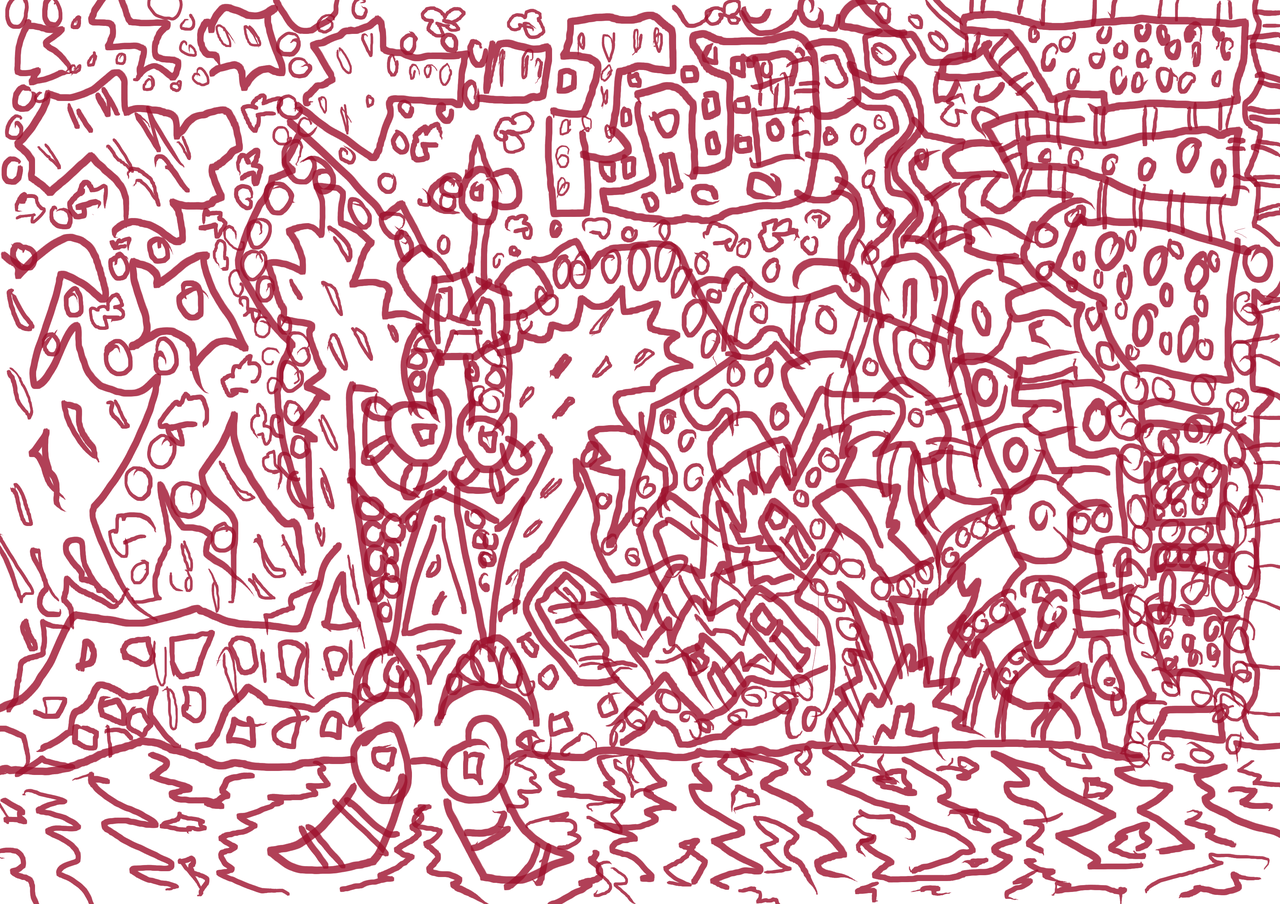 These are all the same. What more can I say? 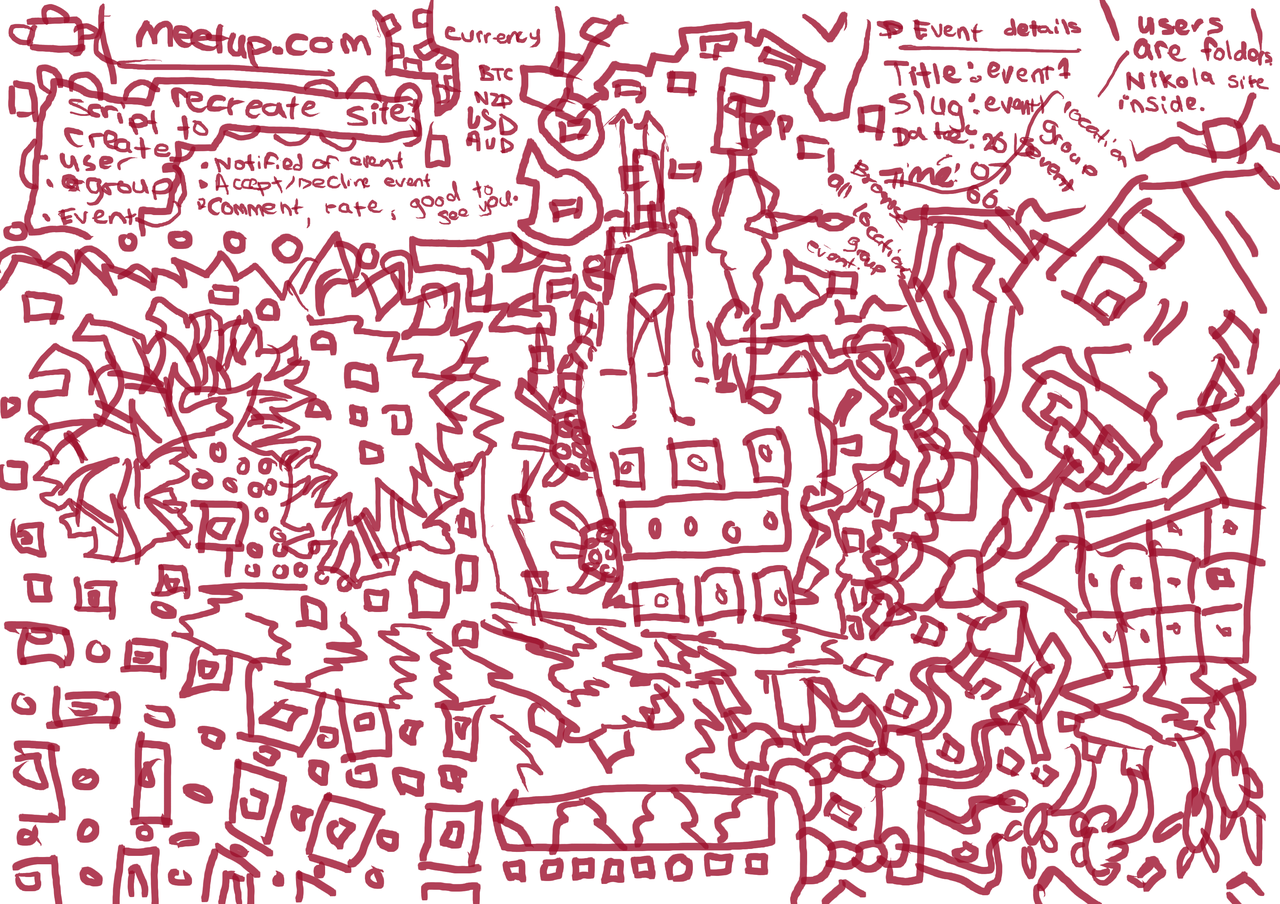 Recently I founded several groups on meetup.com that were already happening irl. These are Hamilton Computer Club and Life Drawing Hamilton.

I am likely to build scripts in the future that automates actions on meetup. This is the start - reverse engineer the concept of meetup.com and rebuild it as Nikola sites. 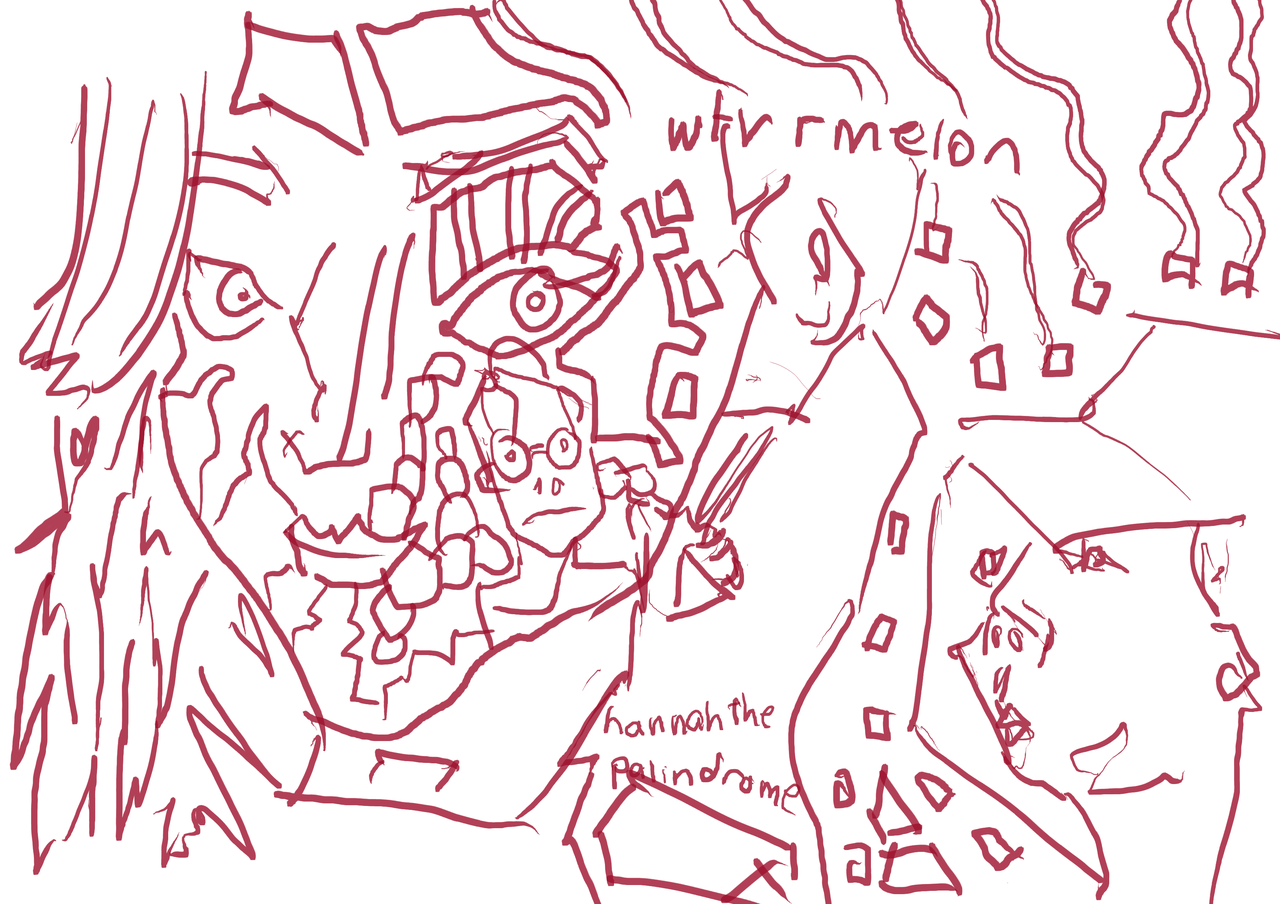 Had a break from the usual imagination landscapes. Or as Bill told me 'doodles'. It doesn't bother me, he teaches Microsoft focused Computer Science at a uni.

This was drawn from RedditGetsDrawn. wtvrmelon and hannahthepalindrome. Filled the negative space around the portraits with squares and squiggles. 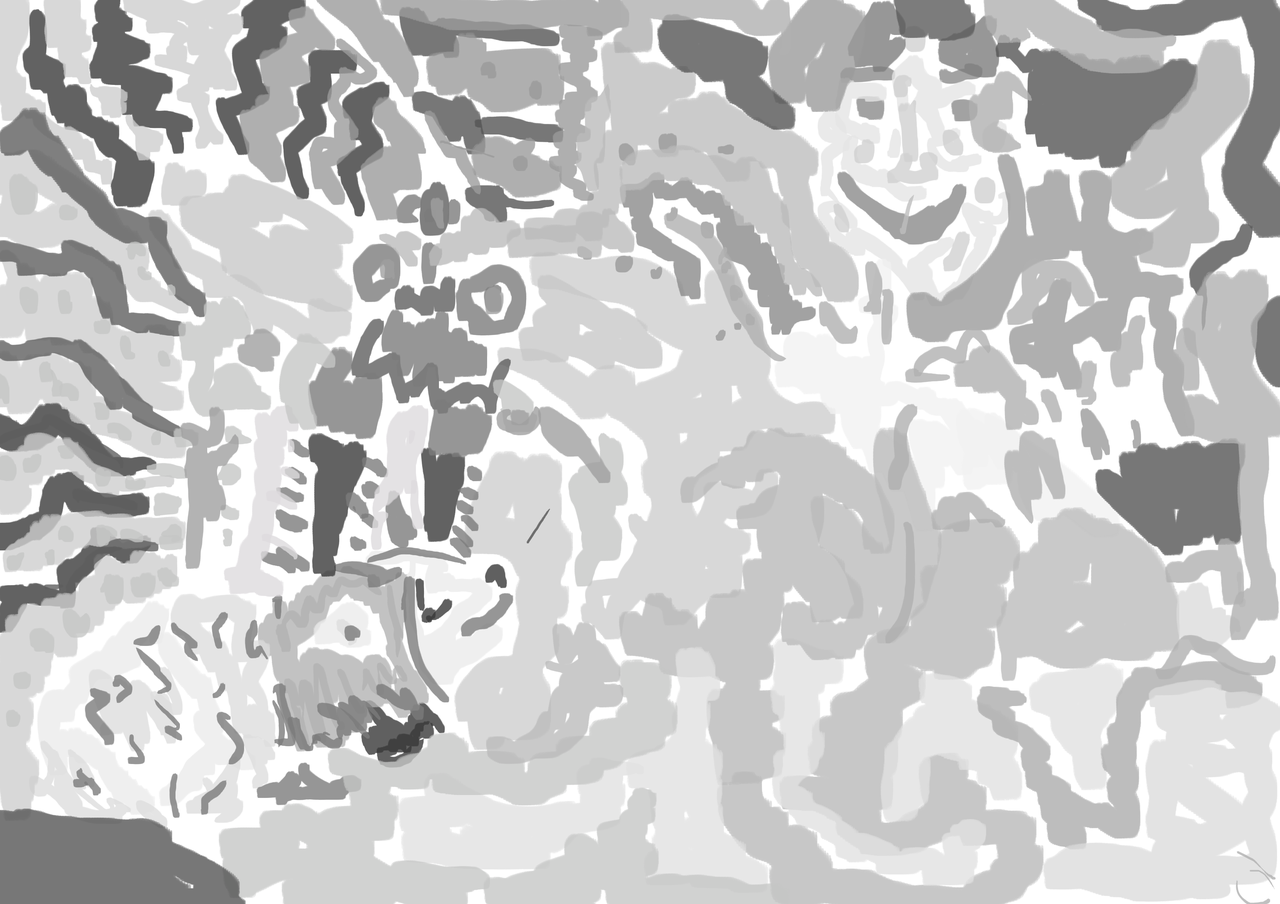 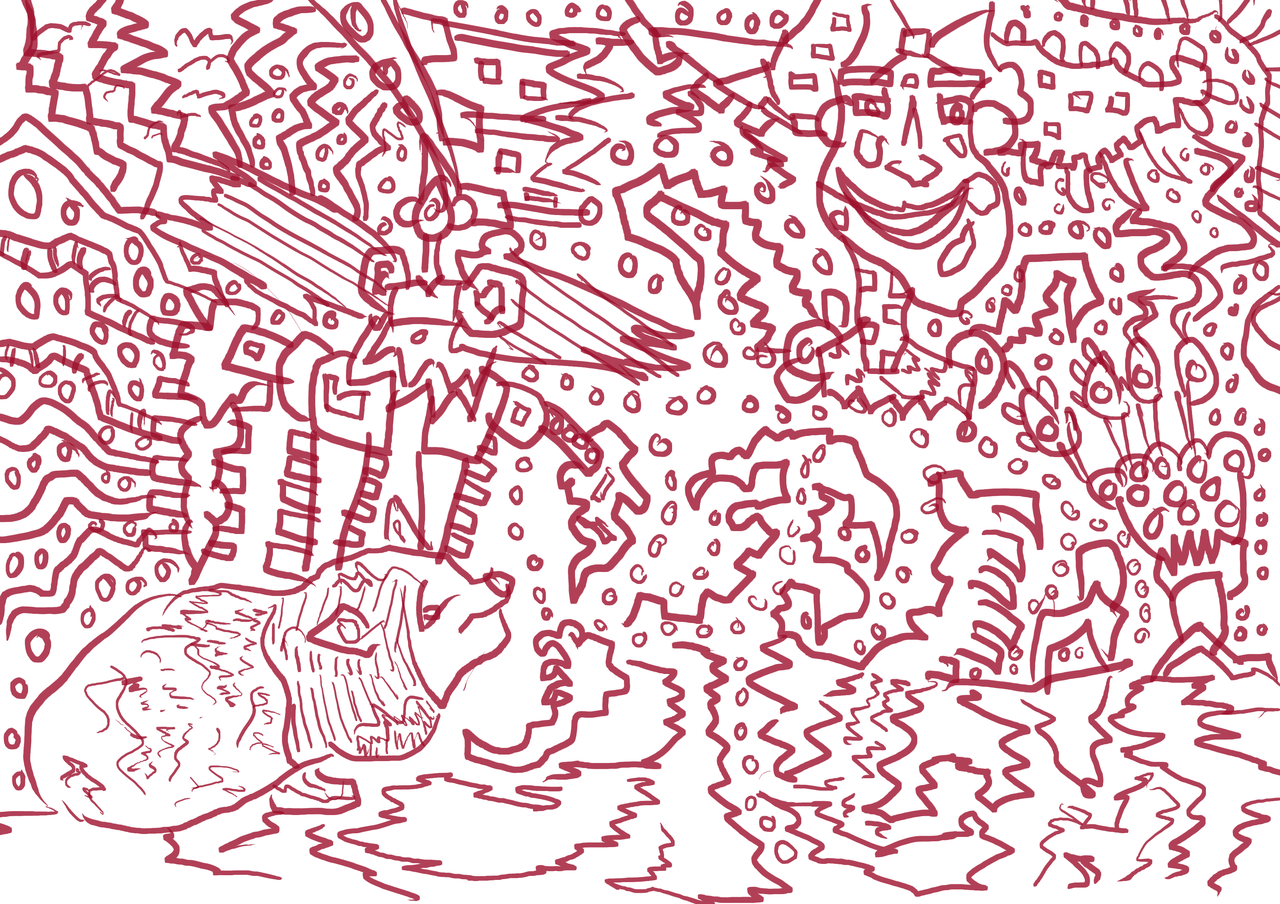 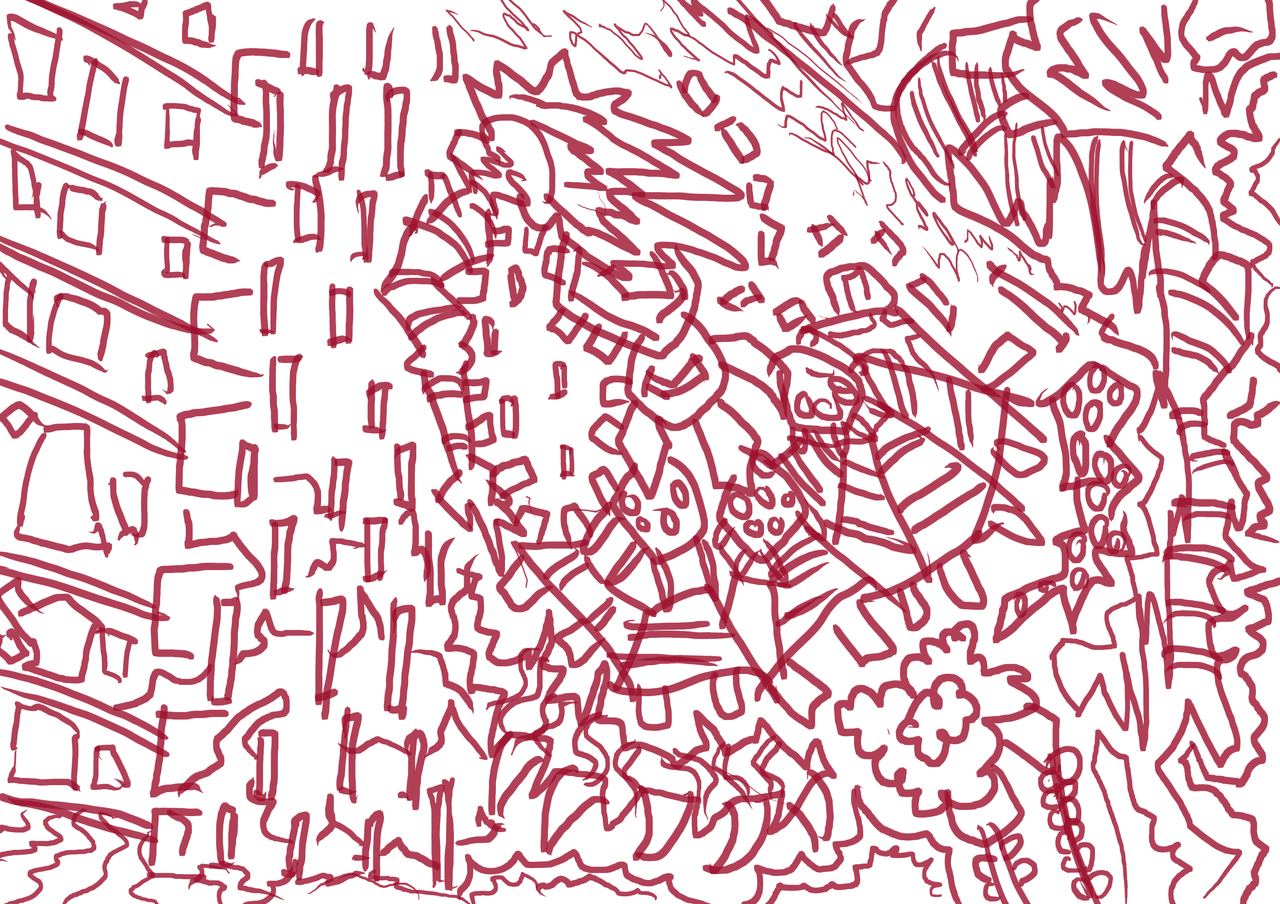 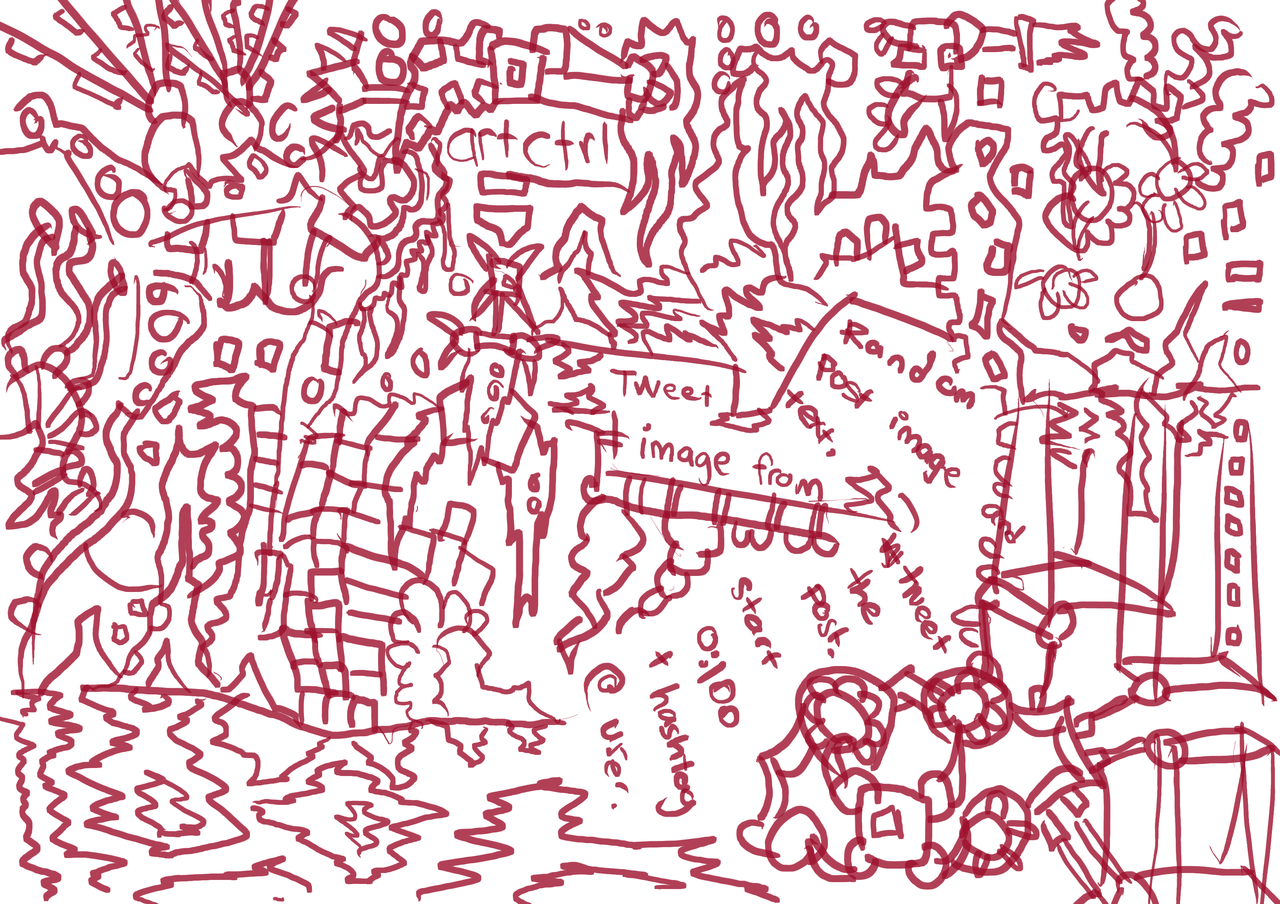 Idea to modify the bot to tweet images. Currently it is only tweeting random blog posts and would be easy enough to open those posts up and tweet the images/ content. 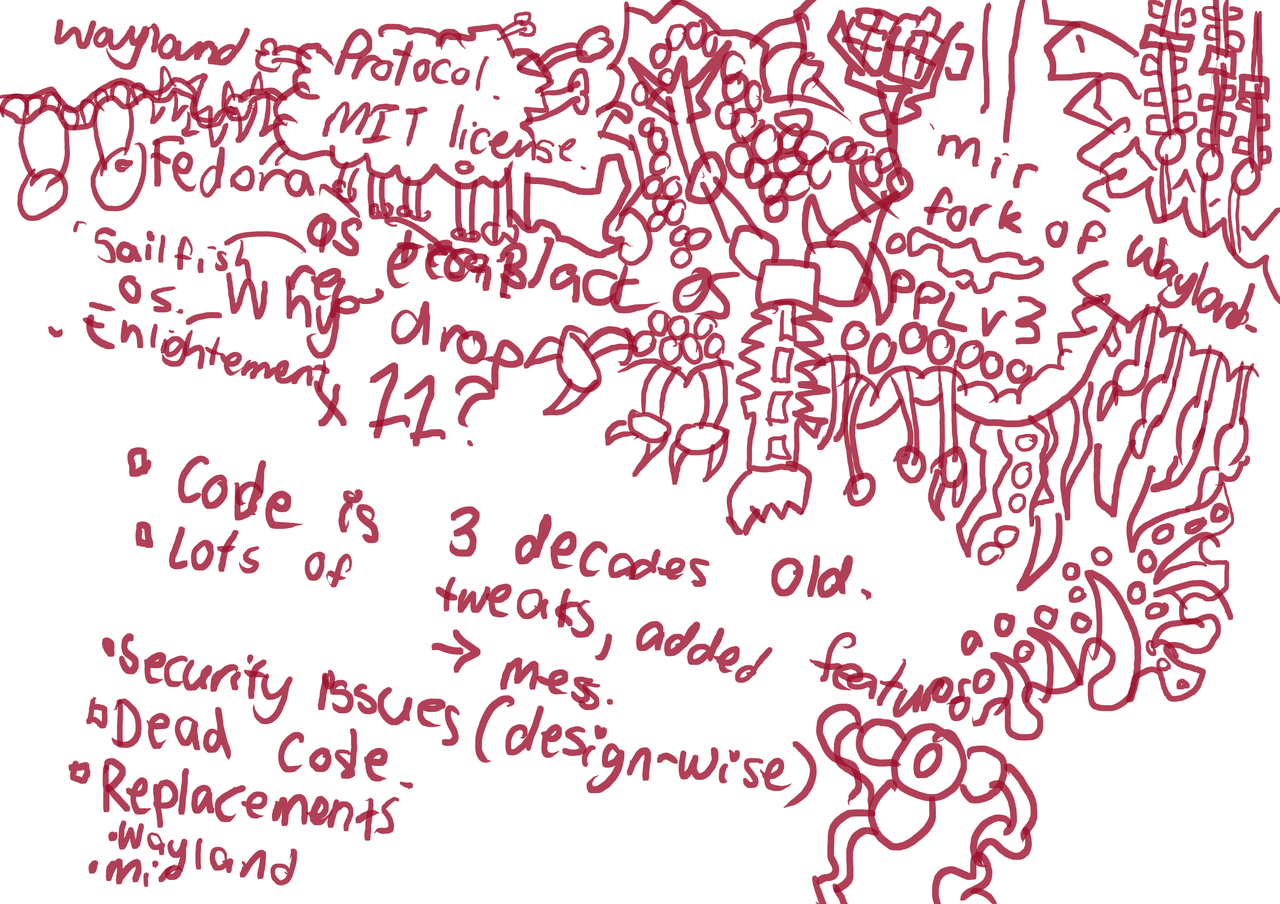 This was drawn at wlug. The topic was Wayland and Mir as replacements for X11. I packed up the Pi after the talk but Ian did an excellent demo of Endless OS which I didn't get to take notes on.