Artwork from the past few days. Attended Hamilton Writers Den, Hamilton Computer Club and life drawing. At all events I was able to draw, here are the results along with some art I created at home. 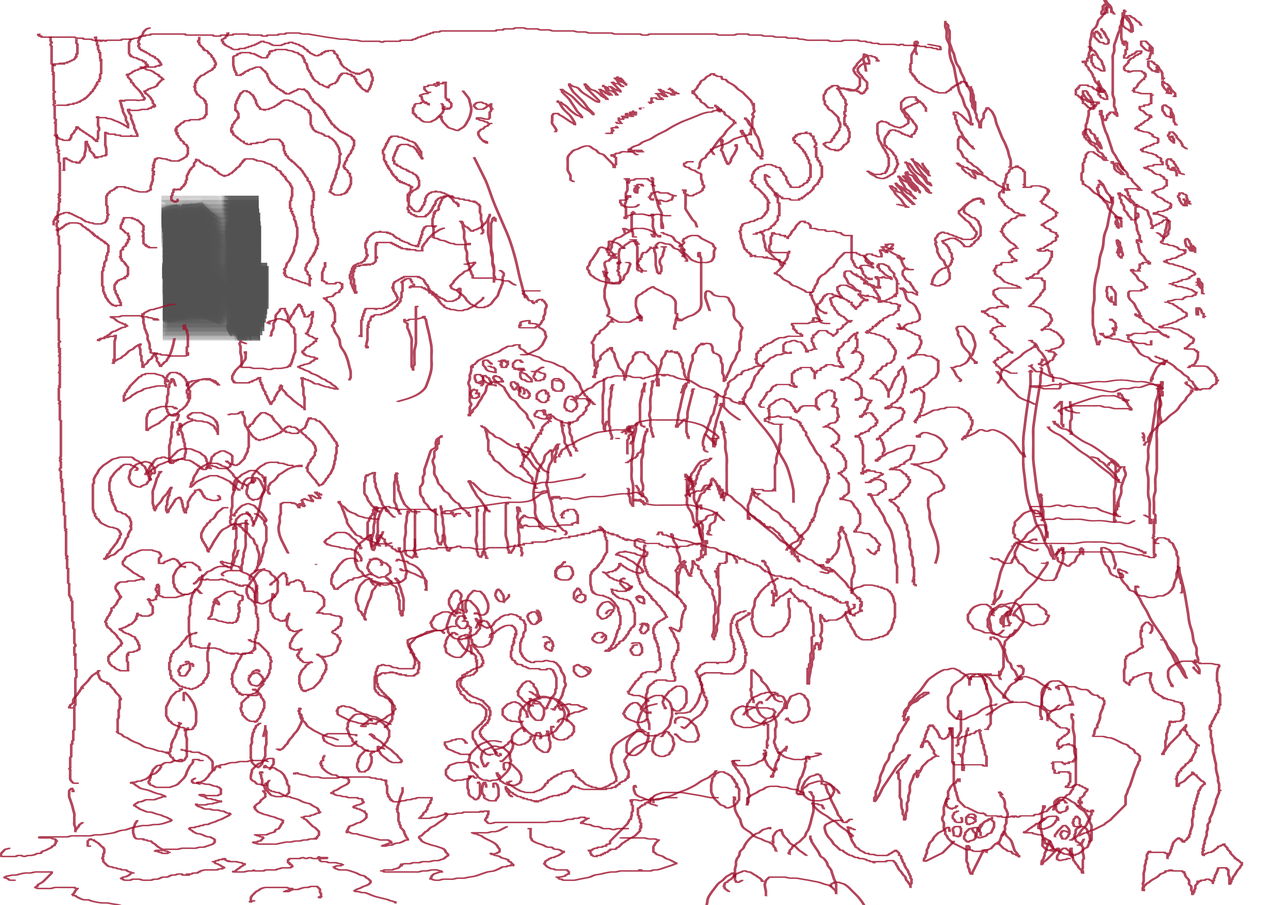 This was created at home with the new wireless dongle I got for the wacom tablet. I have had the wacom for years and never got one - until now. I am having some issues with the pressure sensitivity not working all the time with it - but I think it's due to over loading the power supply (am getting the rainbow symbol in the top right of the pi letting me know that there isn't enough power). I would like to get a battery pack that is 5v 3amp.

The majority of this drawing isn't using the pressure sensitivity but some testing squiggles are working correctly - these were done at computer club when I was demoing the wireless wacom. The demo gods were favourable. 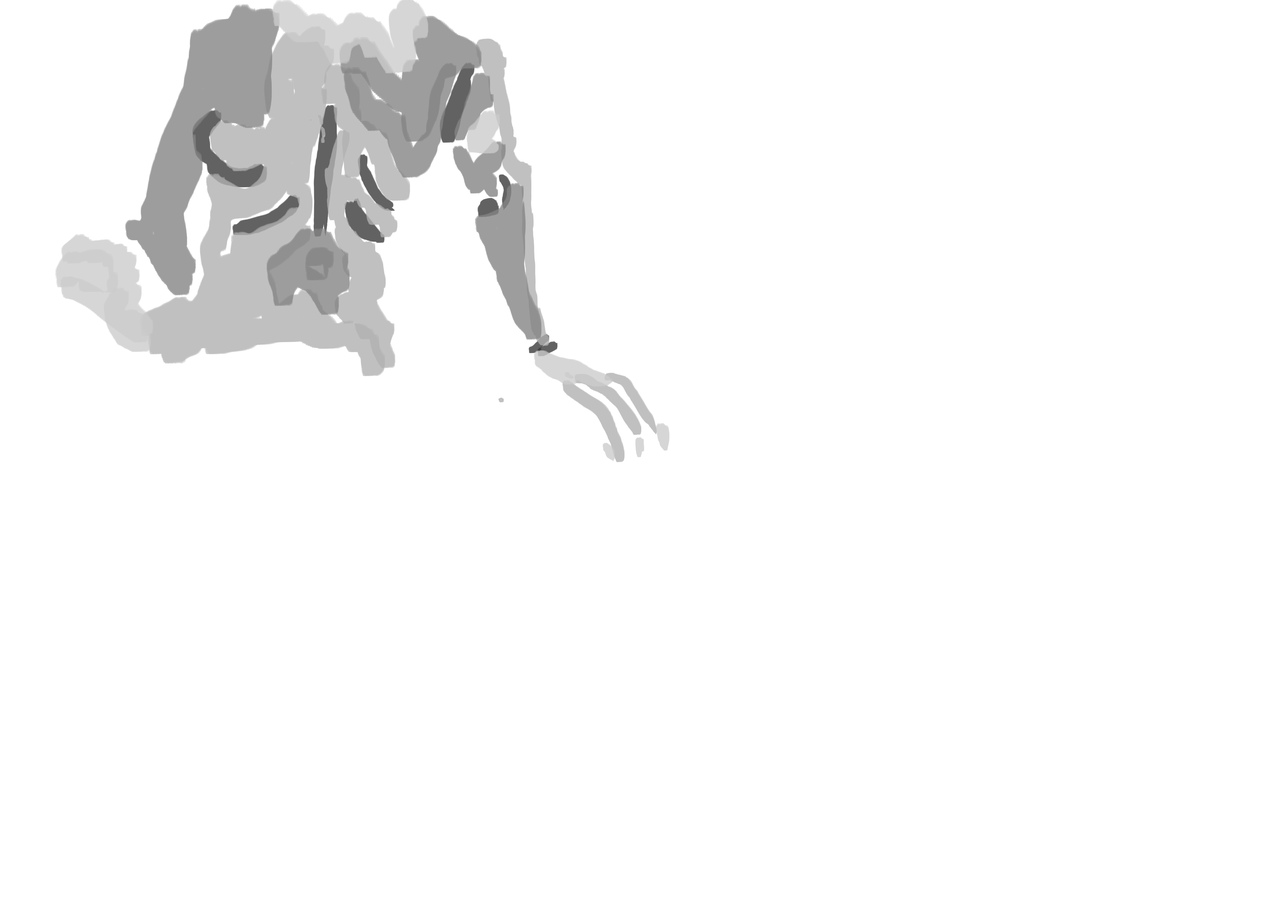 Life drawing grayscale layer. This was a sitting pose and the woman had her back to me. It was still interesting to draw and I didn't need to move around the room. This is the only grayscale layer created. 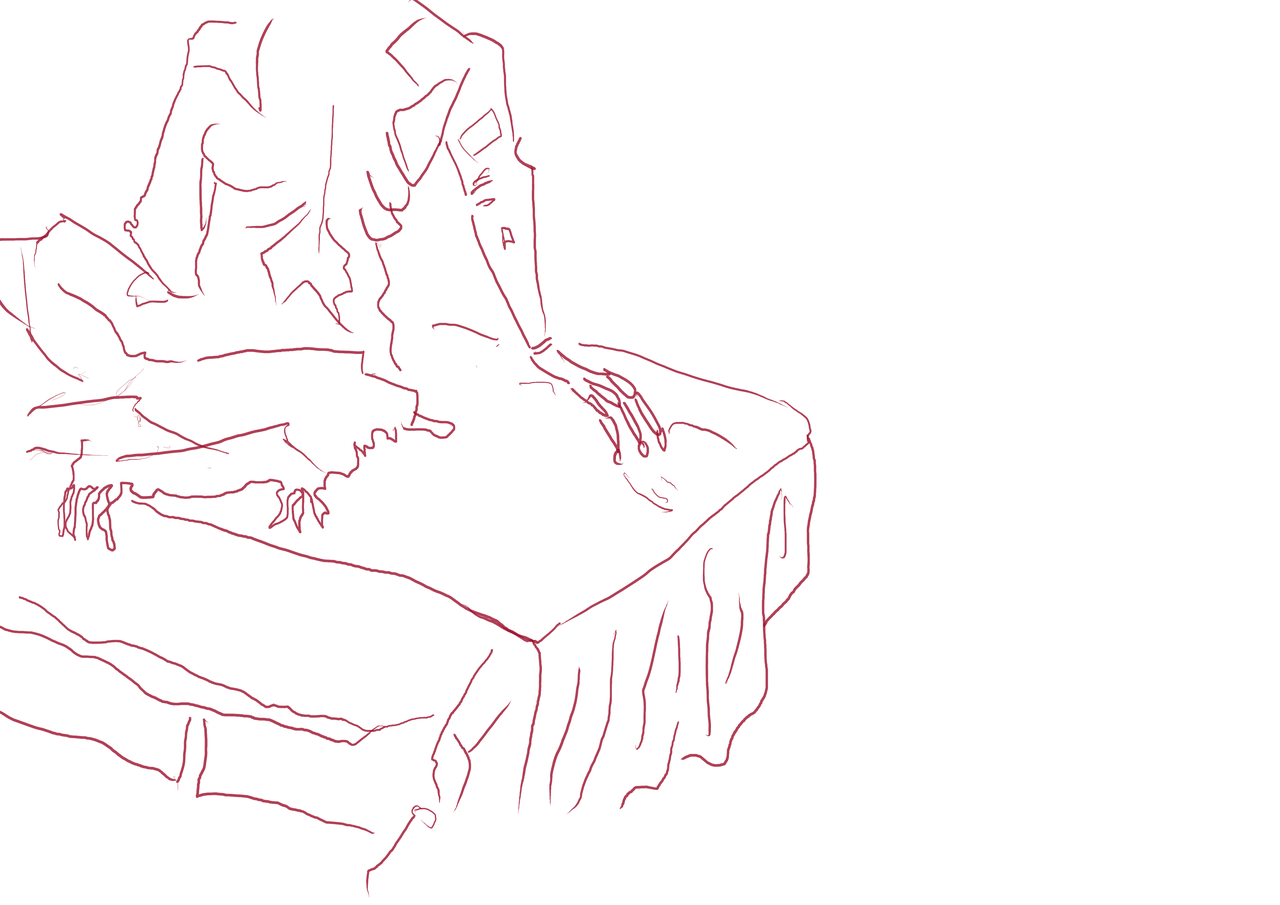 Life drawing line layer. Missing a head! Drew the blanket the model was sitting on. 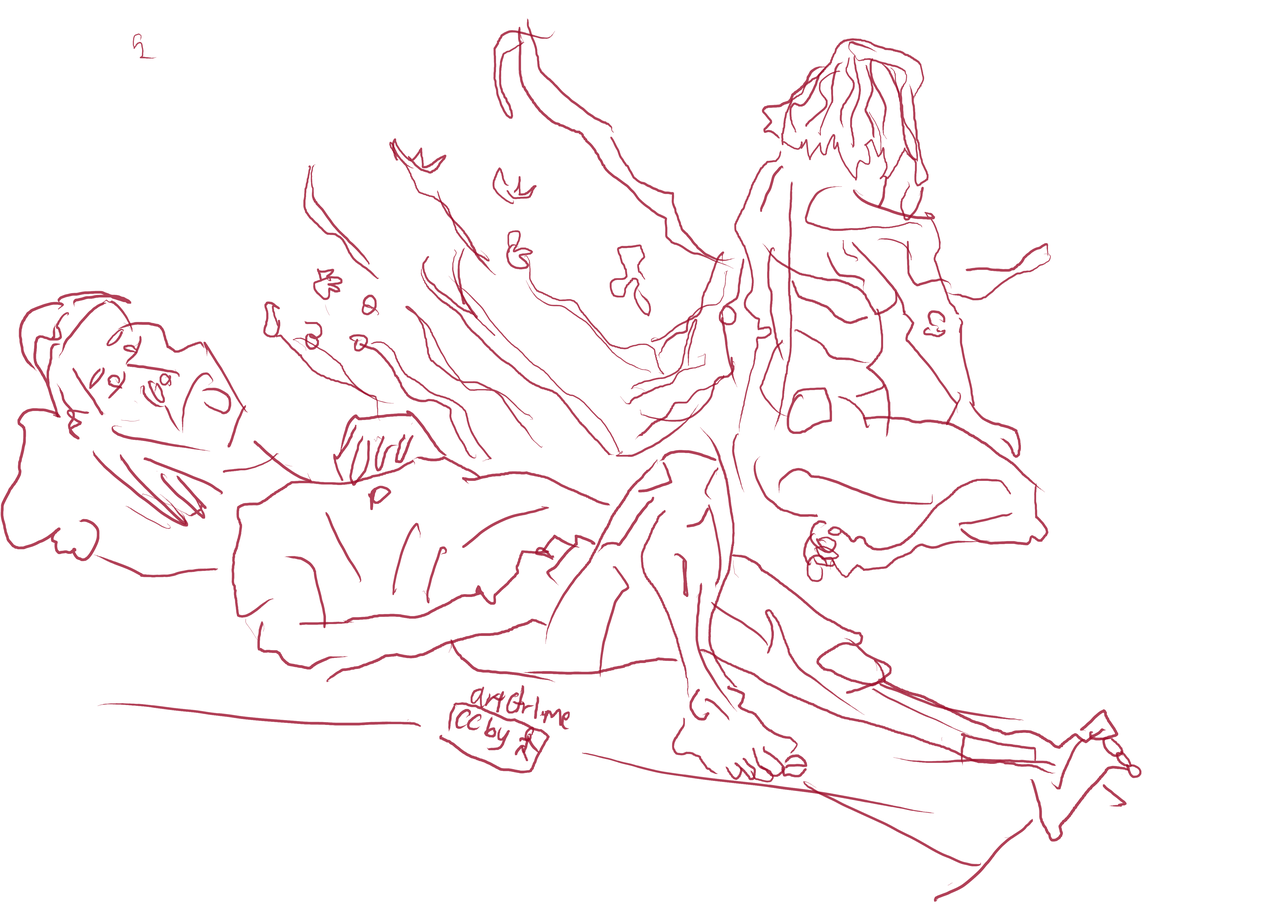 Reclining pose. I quite like this. Managed to capture the full figure - something I was struggling with at my other two life drawing sessions that I have attended in Hamilton. On the top right is a sitting pose - from behind. I always sit so I can see out to the Waikato river - started drawing branches and leaves from the view. No water was drawn. 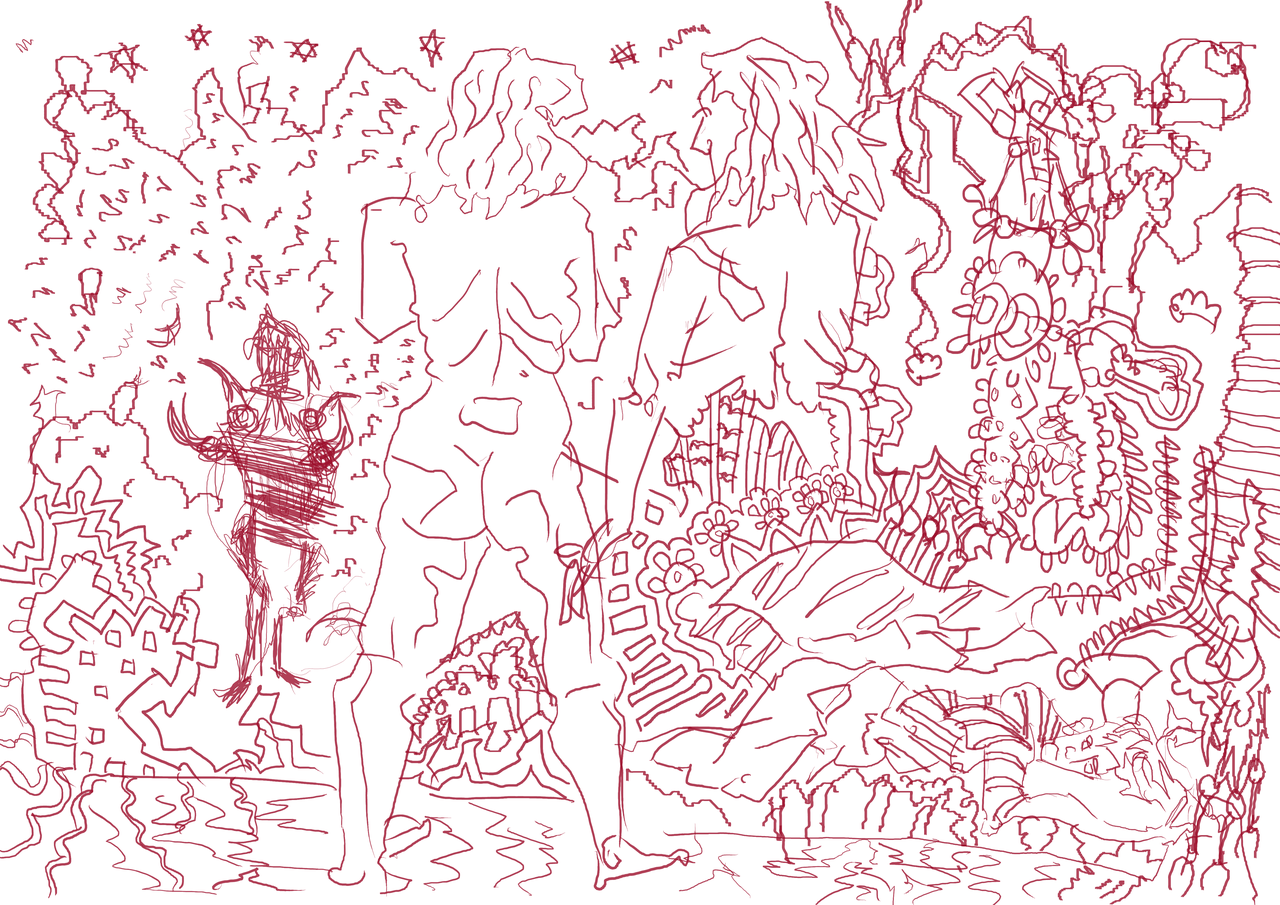 Two standing poses - bother from behind (I'm getting plenty of behind views). Around the figures I doodled landscapes and shapes. 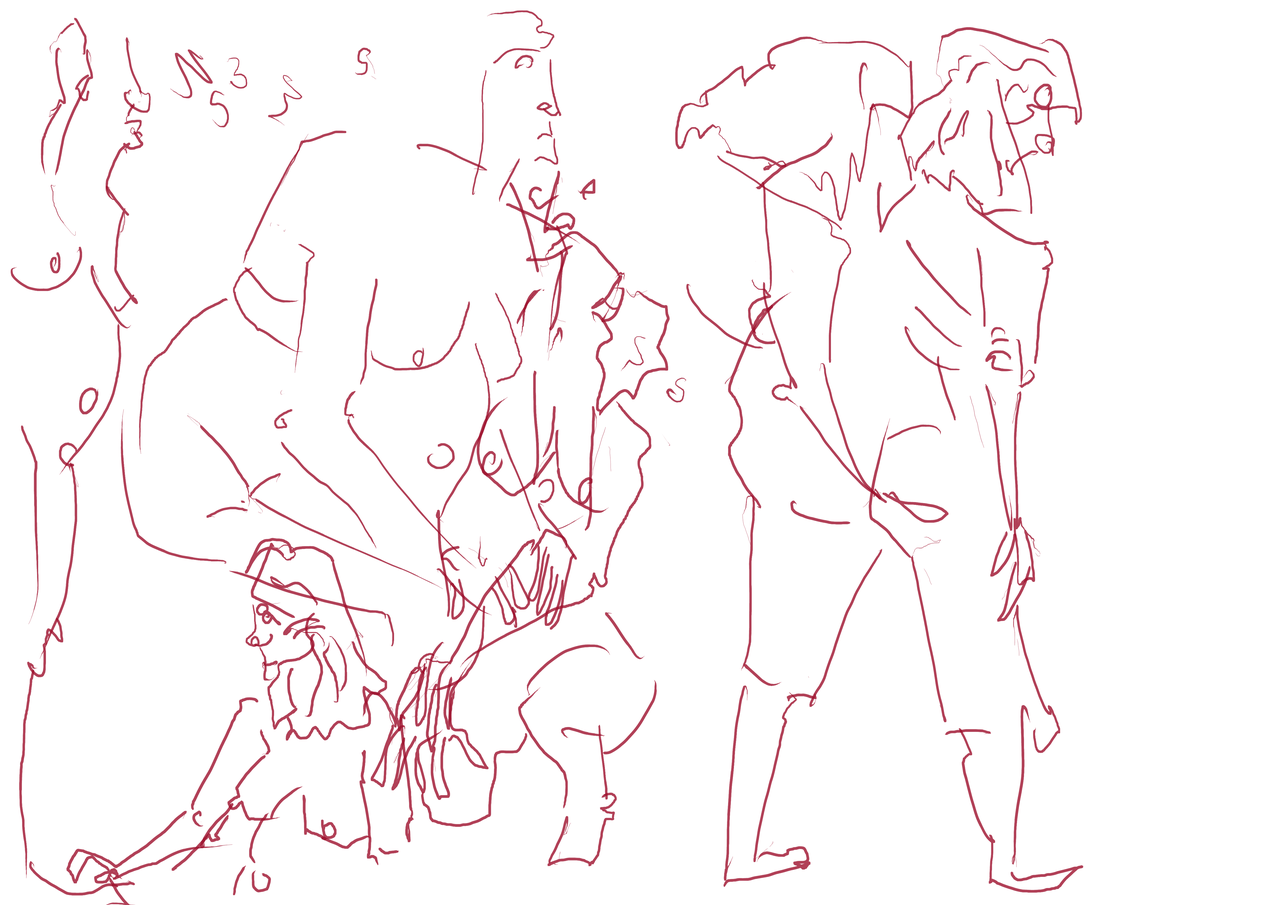 Warm up poses. When I made it to to the last life drawing I was late and missed out on the warm ups. It's very important to warm up and since it's only two hours (including the break) there is very little time to warm up. All the poses are squeezed into the one layer. There is often no time to create a new layer for a pose and it's better to just overlap the drawings. 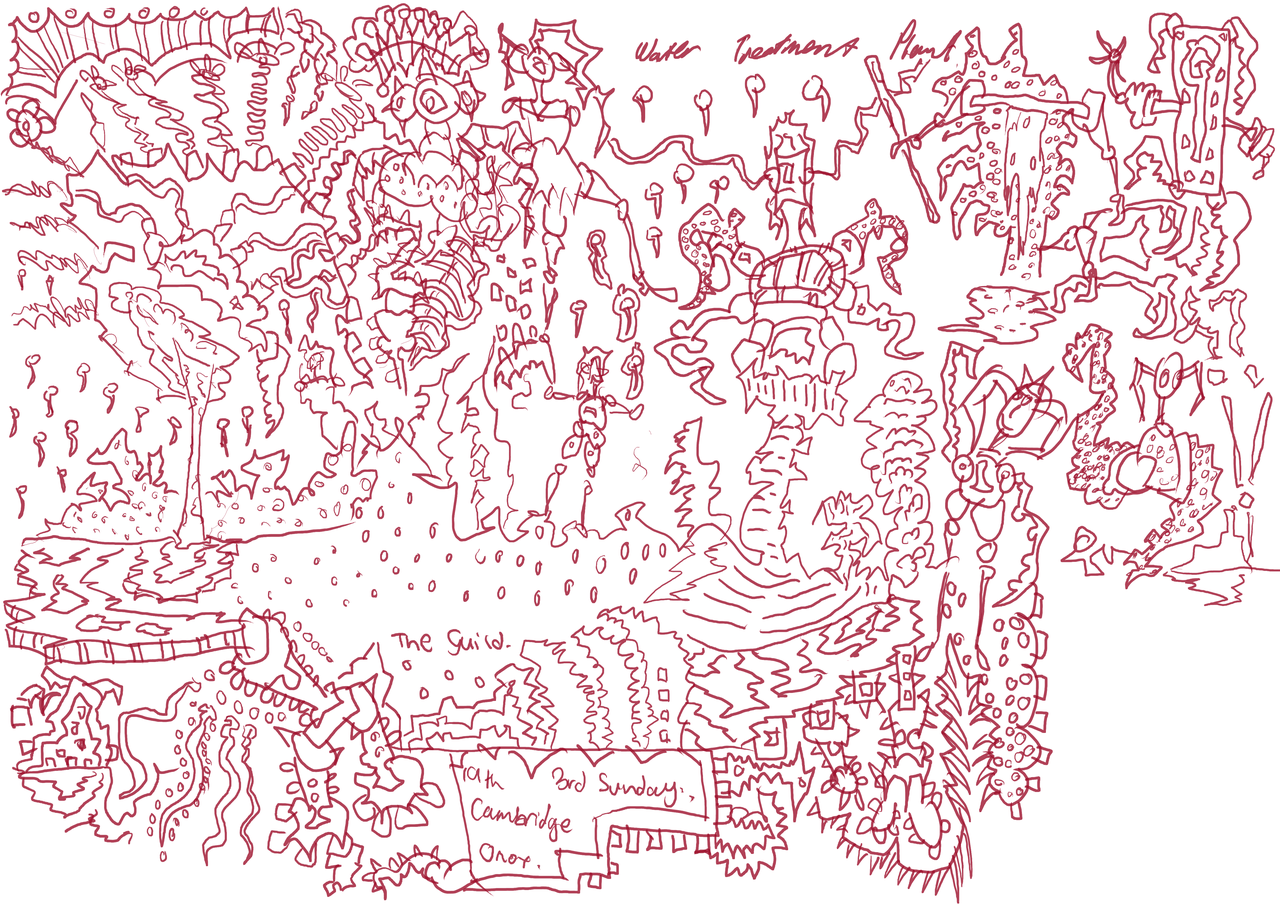 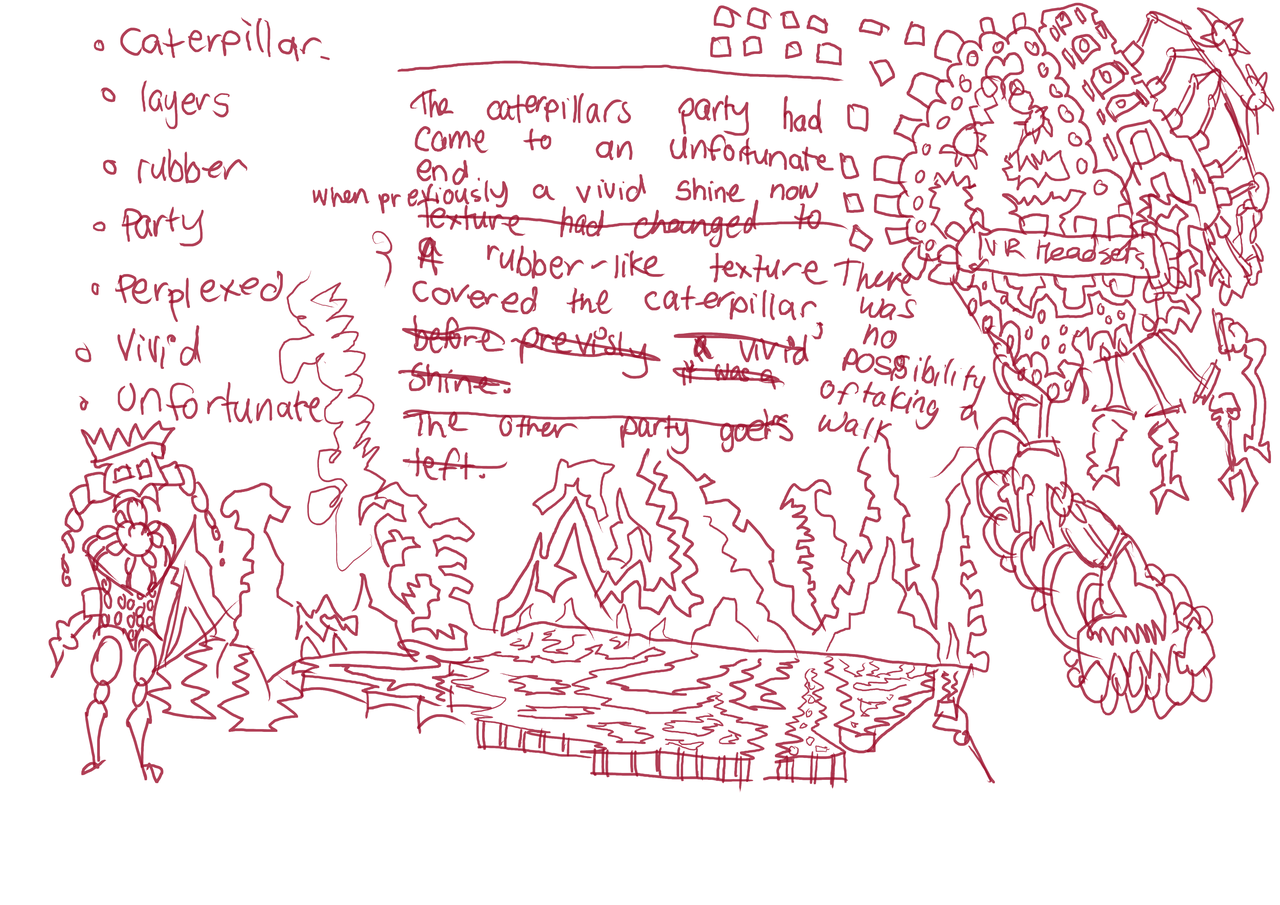 On Thursday evening I attended Writers Den Hamilton. This was the writing exercise we did during the meet up. We went around the room and spoke a word that we then used to turn into a story. My word was layers.

The drawings around the writing was created at Hamilton Computer Club. The speaker was two guys from PB Tech.