No lifedrawing during this week due to attending EdChatNZ conference 2016. Here is the artwork from the conference along with recent Pepper and Carrot artwork. 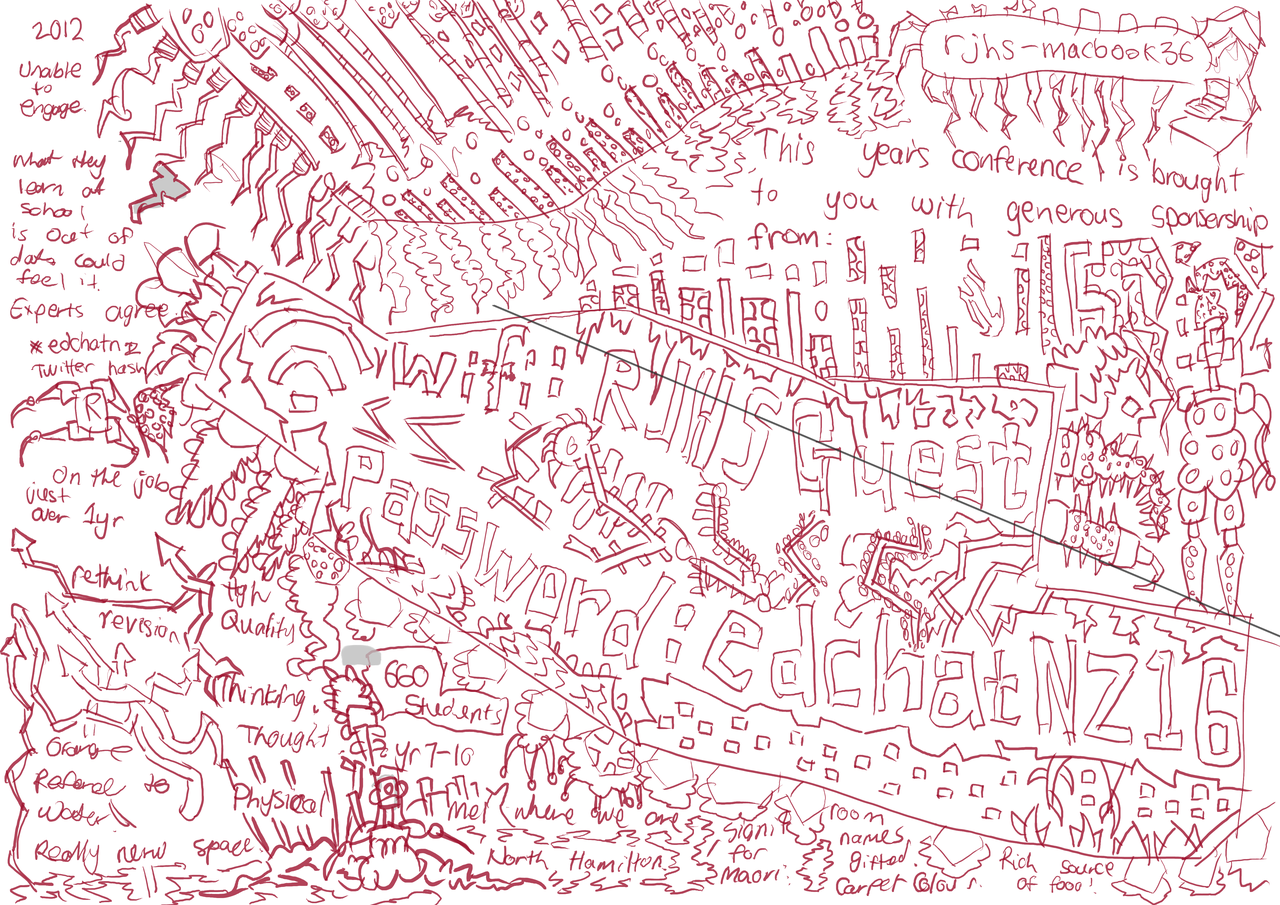 Drawing the intro slide with wifi/password and conference sponsors. Beginning notes on the school - history and the current status. 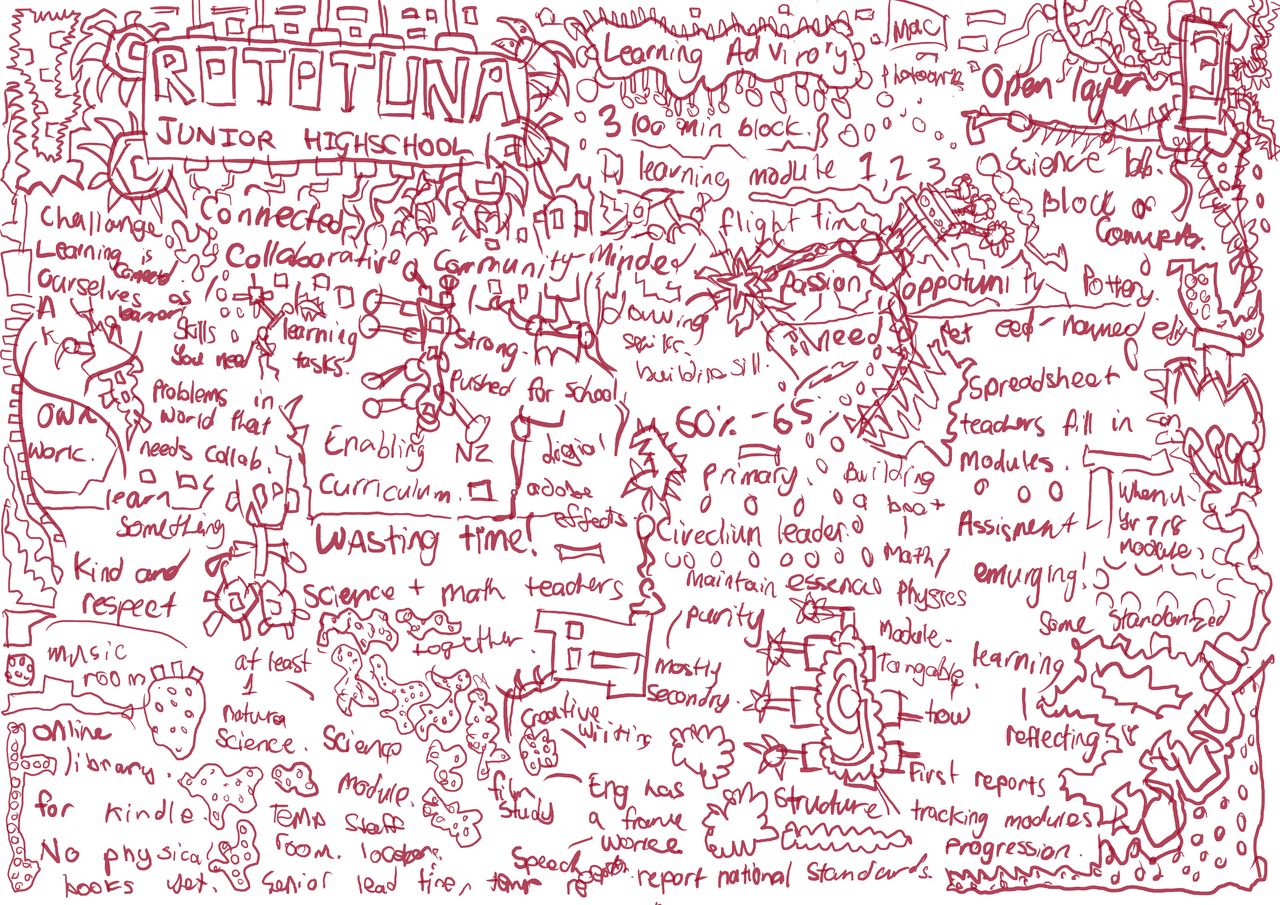 The start of EdChatNZ conference 2016. Location this year was Rototuna Junior Highschool (RJHS) , which meant it was walking distance for me.
Notes and drawings continued from the talks given by senior management of RJHS. I found the modules system interesting - mixing subjects together - maths/PE, art/science. Several teachers collaborate together to teach the modules. 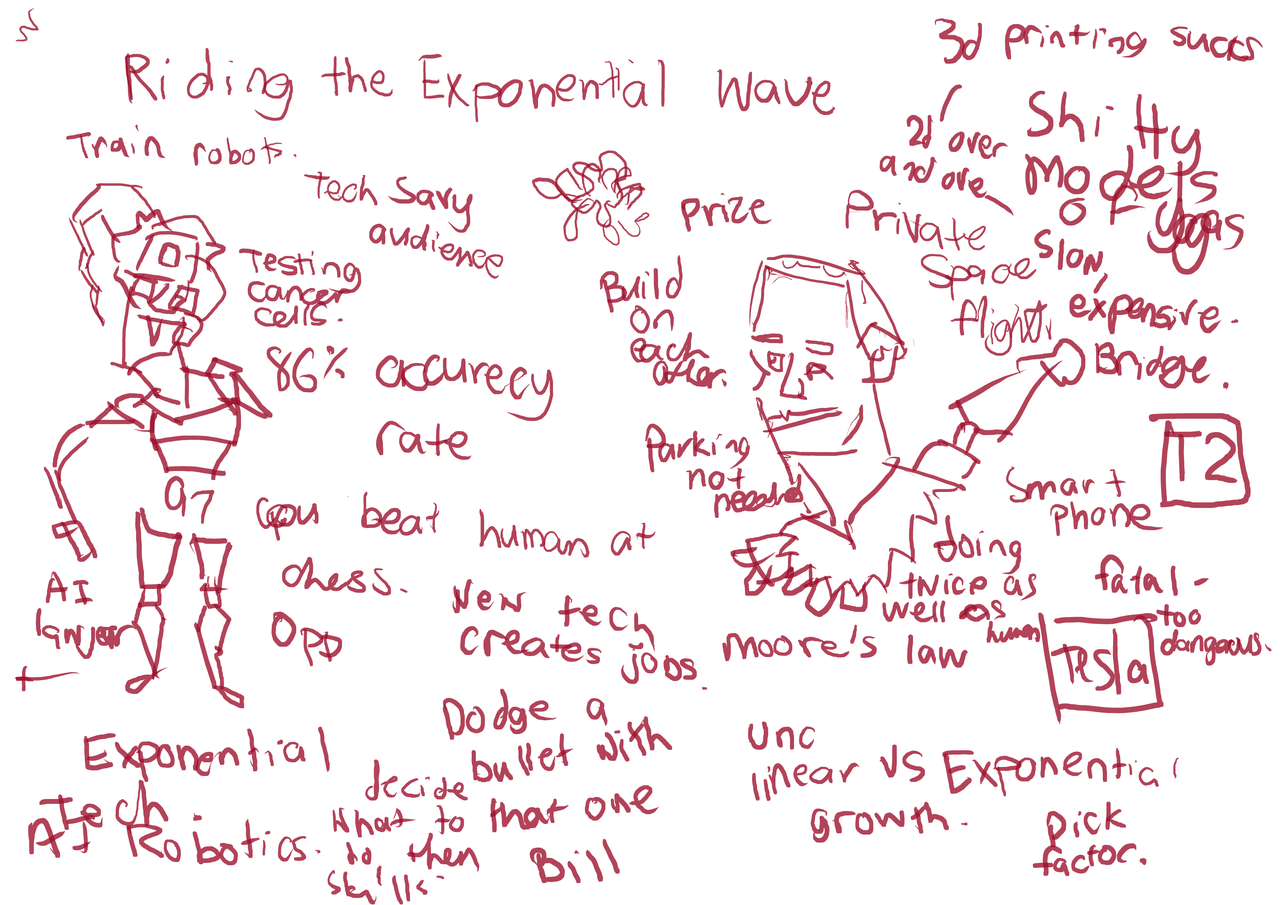 The first keynote was a tech driven look into current tech trends and where it is going in the future. Slides moved quickly but I was able to capture a few portraits from the slides. 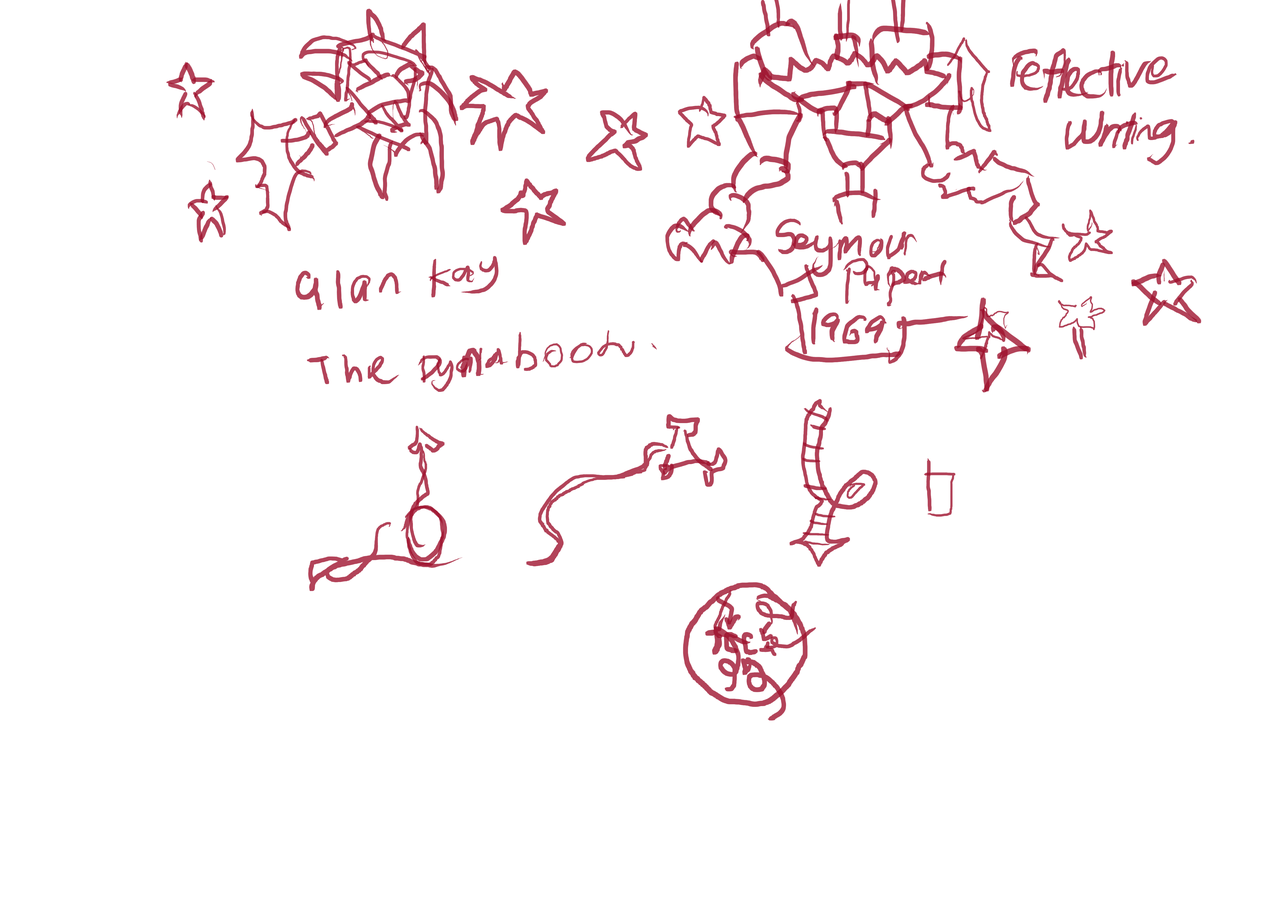 The 2nd keynote. This was slower than the previous but still a great talk, just a change of pace. Looked at tech people in the past and their predictions of the future. Quite a few videos in this keynote. 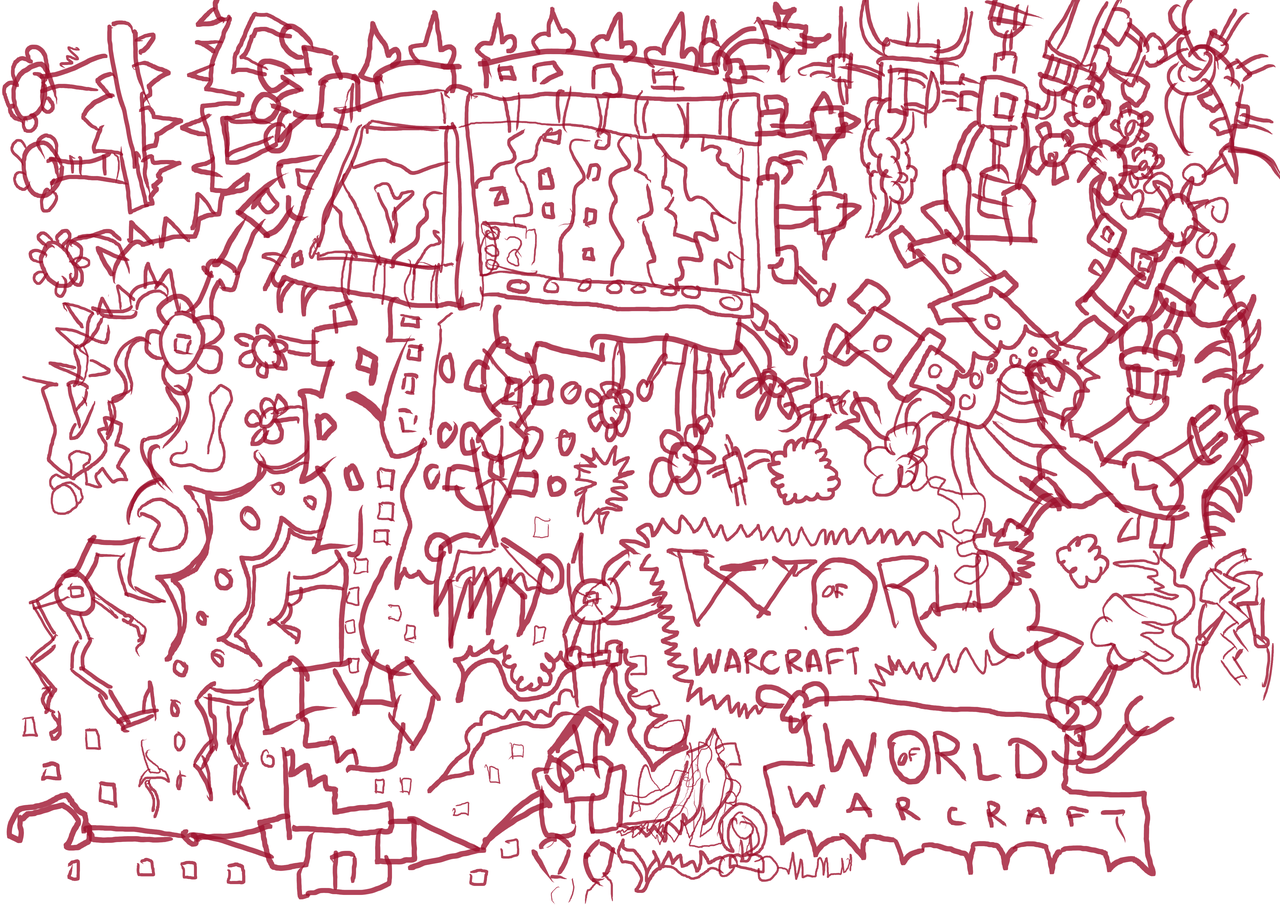 This was drawn in the cafe on Saturday. I attempted to open the warcraft mobile app to create auctions. Sadly it didn't open and I was stuck in the login screen. I think the school must of blocked ports to in order to stop students from playing video games. Stuck on the loading screen I ended up drawing it. 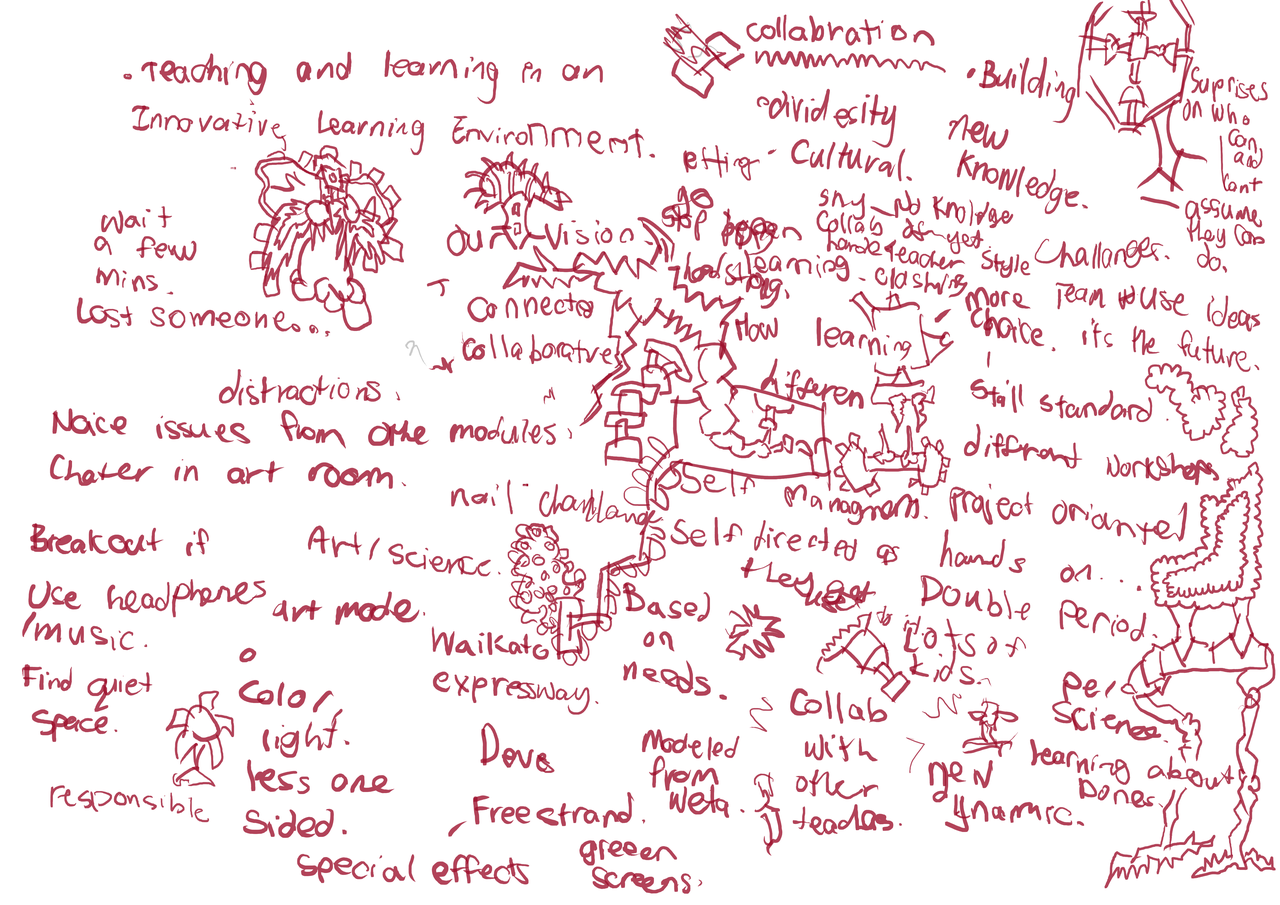 Notes and drawings from the student talk. It was similar to the talks senior management had given - but a students perspective. Along with an excellent talk we were given tours of the school from the students. 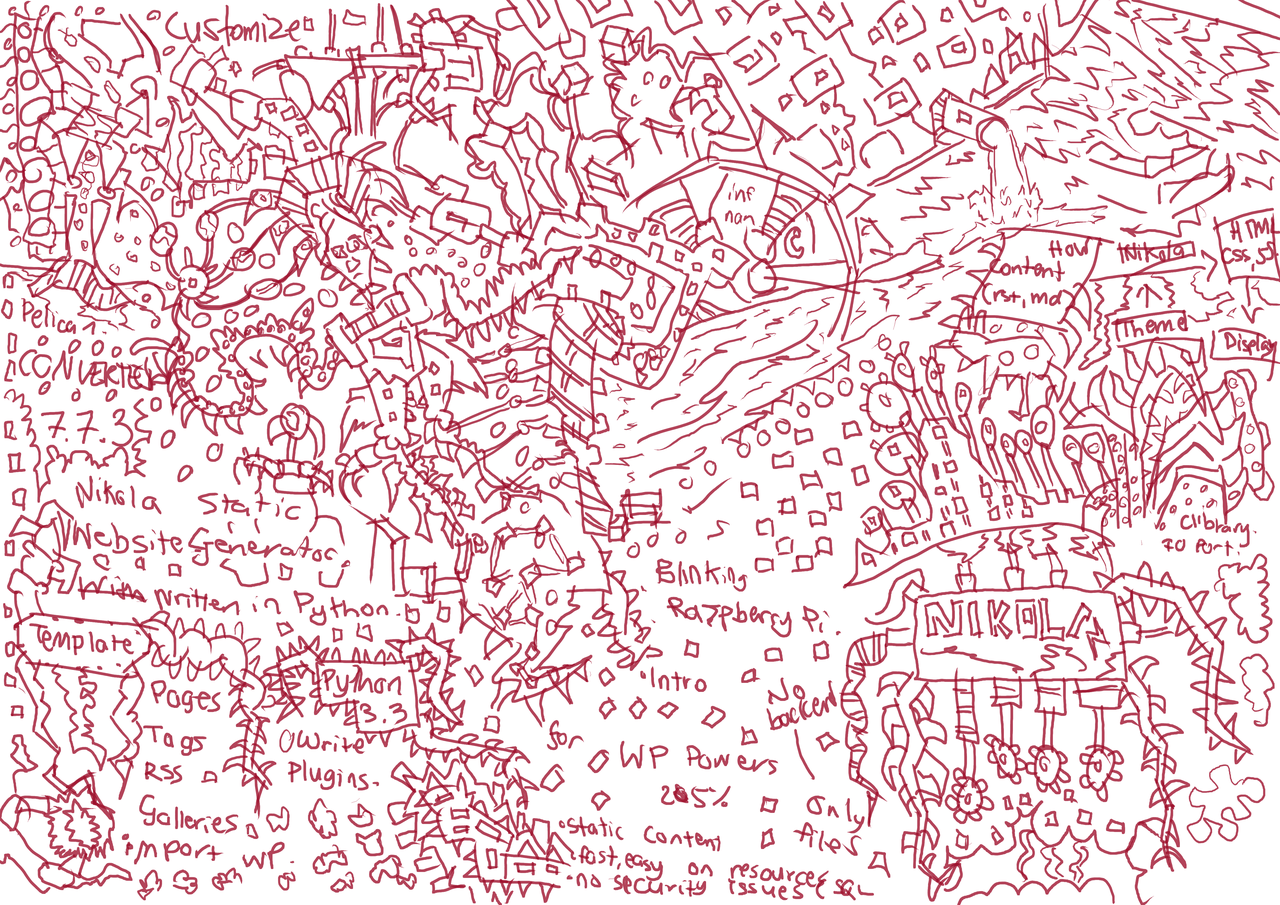 Drawn at Hamilton Python Usergroup on Monday. Shame that EdChatNZ happened afterwards - could of handed out Python pamphlets (especially to those Hamilton teachers). Still I talked to several Hamilton teachers and invited them along to the Python User Group. It would be great if all teachers had a better understanding of computer science! 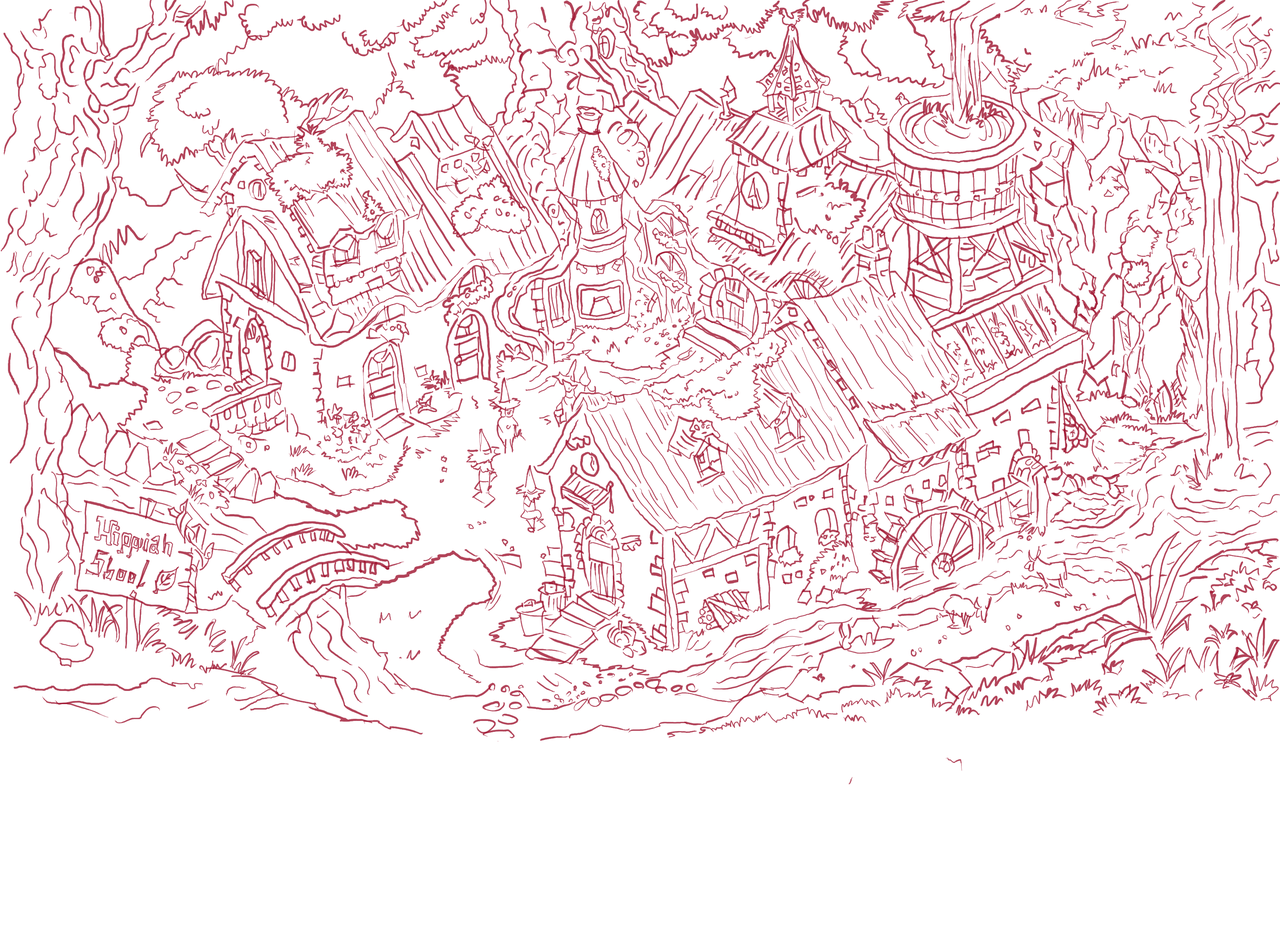 Line layer tracing of original pencil drawing from the E18 episode of Pepper and Carrot. Something different! 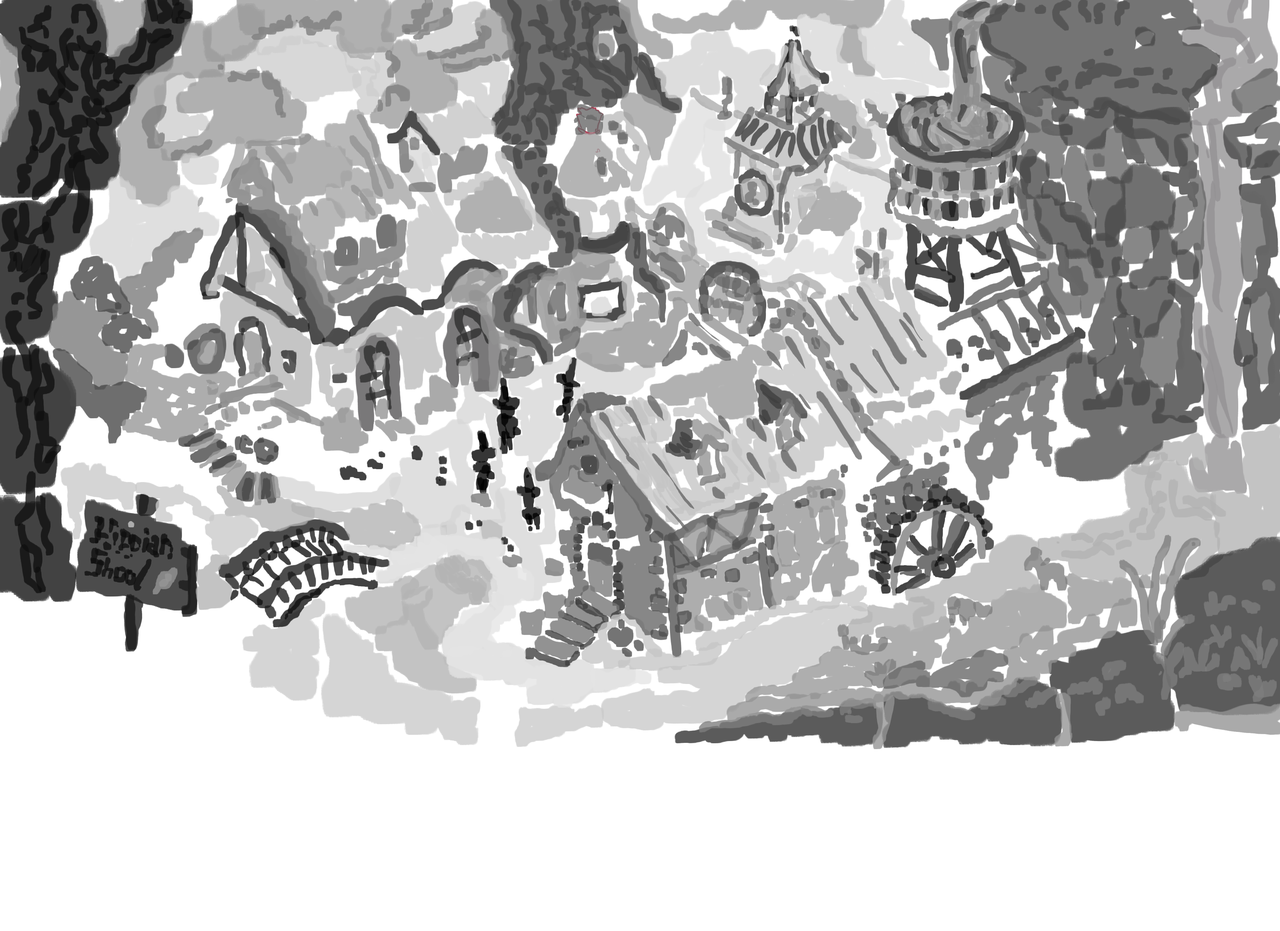 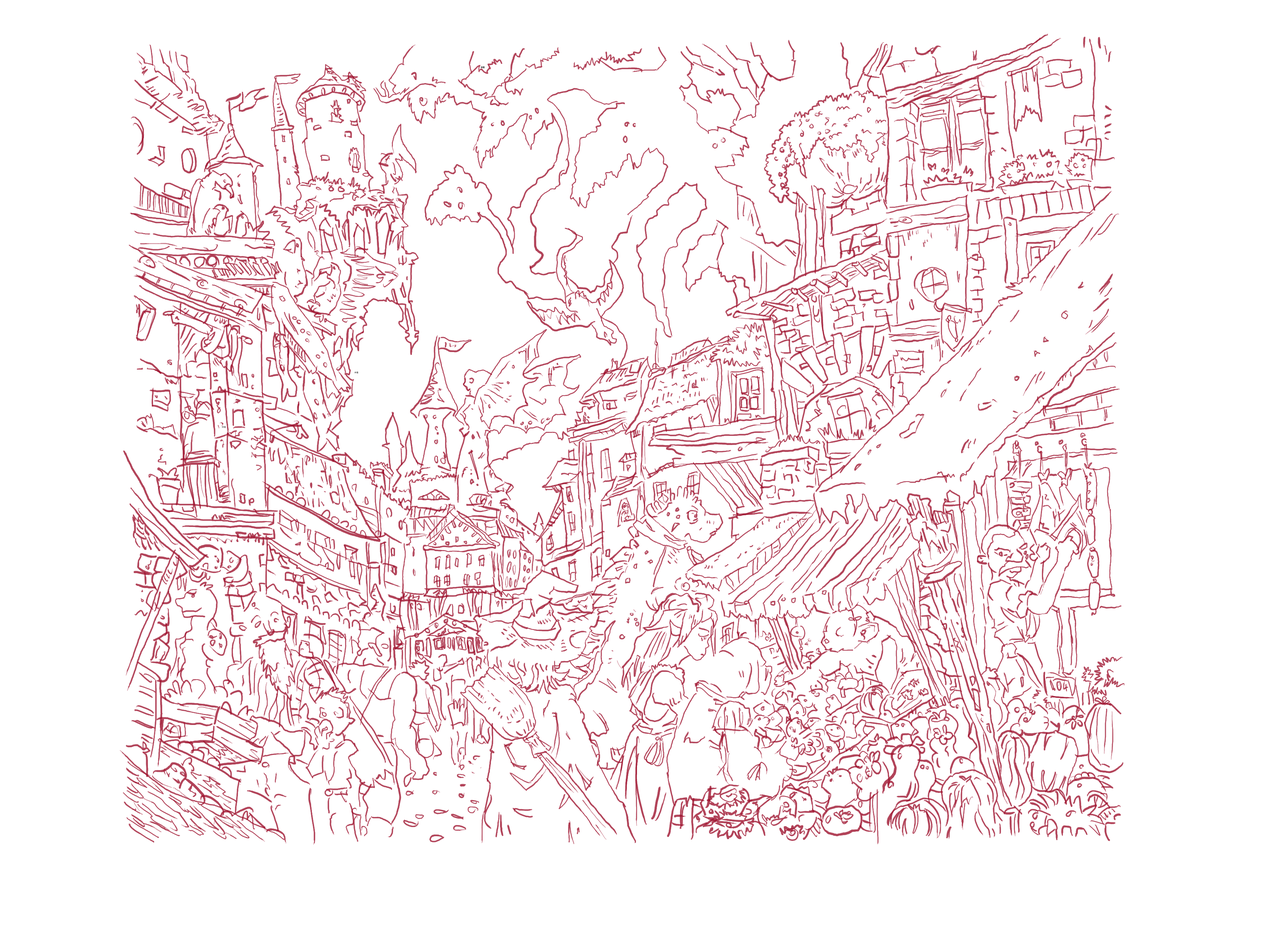 Another Pepper and Carrot line art - this time from an early episode. The focus is still on the env but several figure are in the scene. 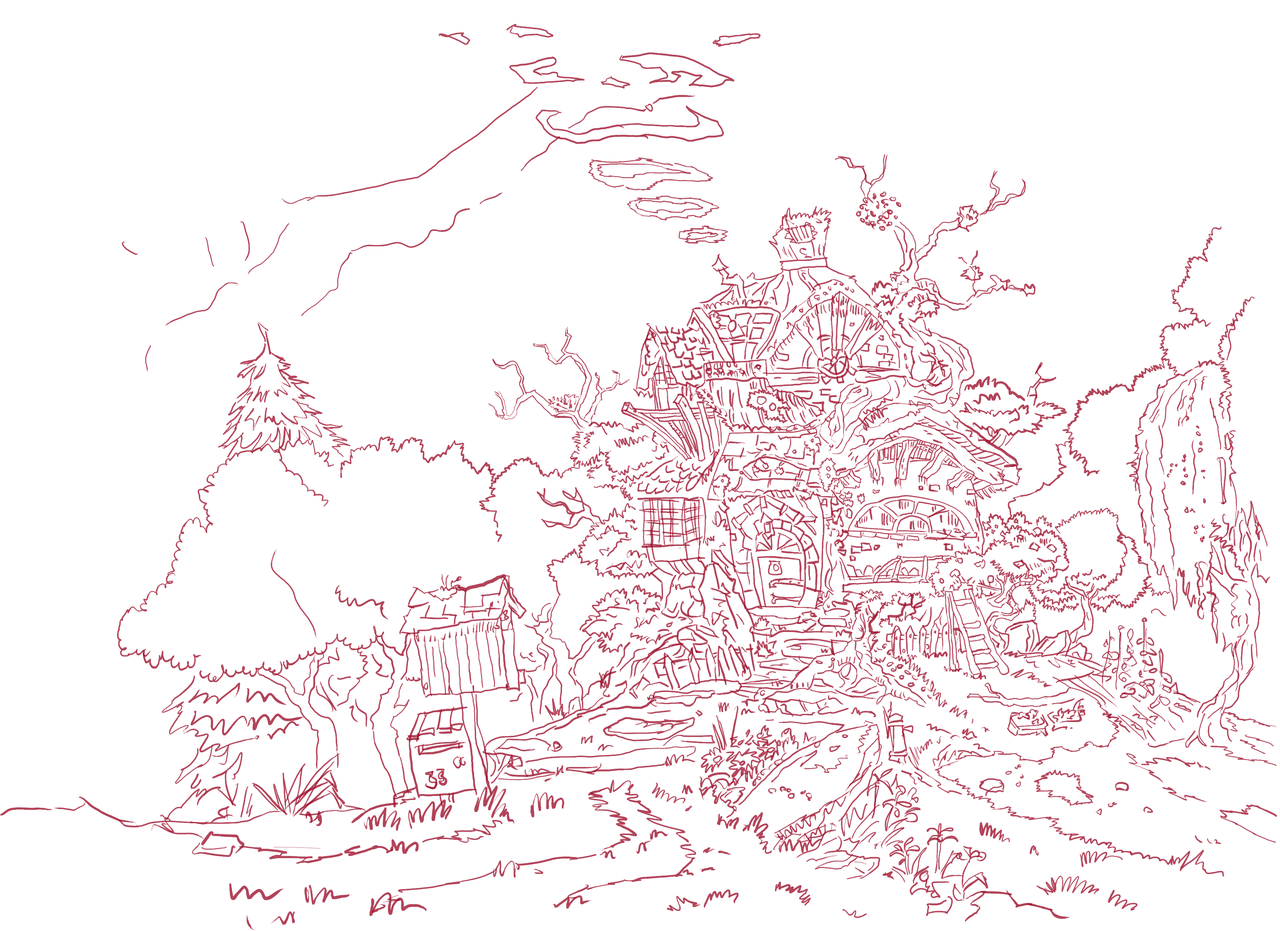 The third and final line tracing. This was from E02 - Peppers home. 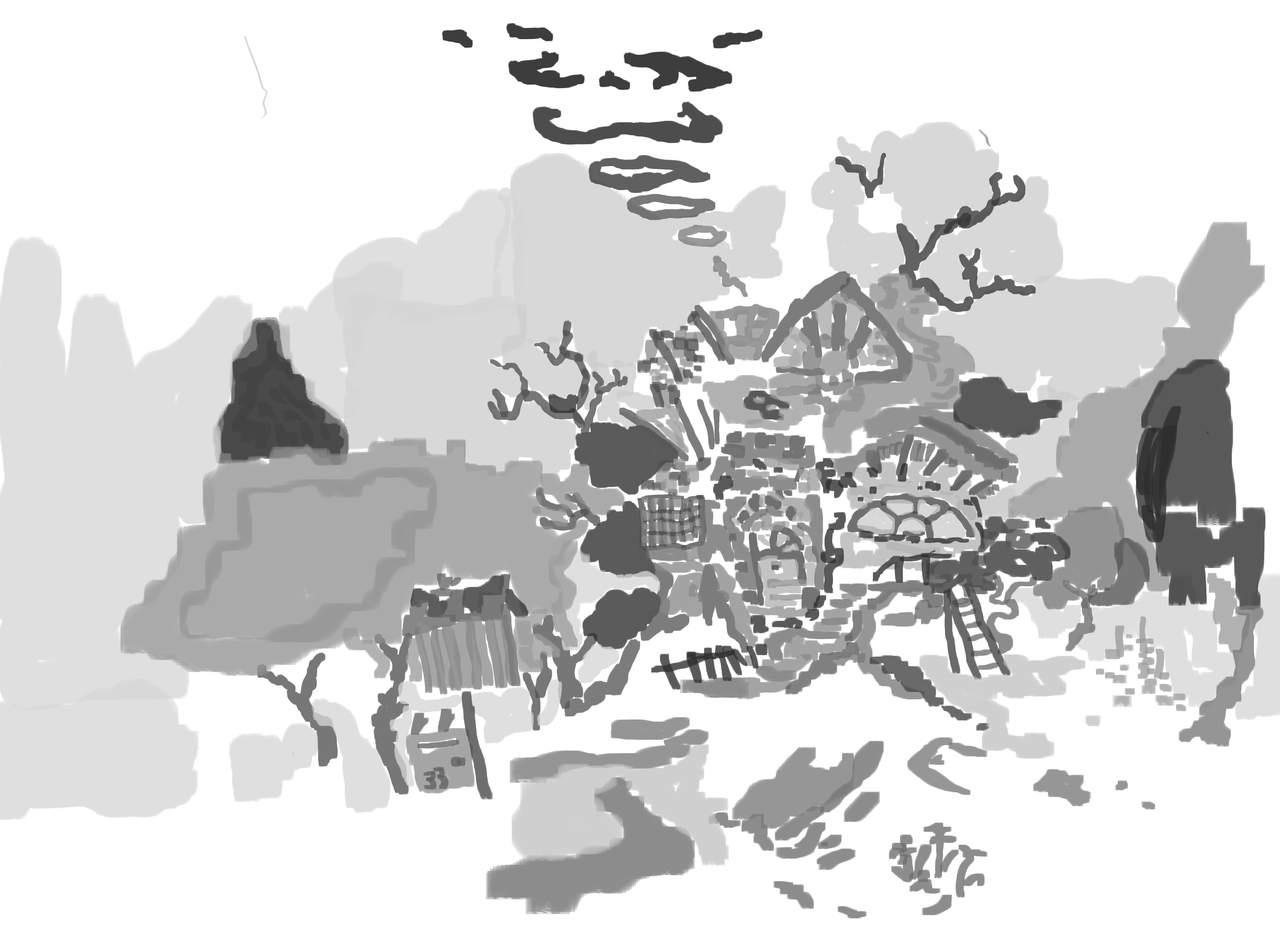 Grayscale layer of Peppers home, I like how the smoke gets darker as it rises.