Blog has been fixed. Moved everything to artctrl.me and redirected artcontrol.me. You can browse posts from 2011 and the images will be displayed correctly. I have also added a .gitignore with the github repo. This isn't part of master yet. Merge will be done.

Writing a new novel. I start to edit the novel I wrote in November (NanoWriMo). It was frustrating to edit and decided to start something fresh instead.

In April Camp NanoWriMo is happening so I have set a goal to write a children fantasy novel based on the web comic [Pepper and Carrot](http://peppercarrot.com]. Despite starting in April I have gone ahead and started something now. The Pepper and Carrot wiki has been helpful, along with the artwork that I have created.

I have been reading - mostly fantasy. Since my last post I finished The Never Ending Story, Good Omens, Paper Money, and started The Pillars of the Earth. Reading is great for my writing and puts me in an excellent mood.

Recent artwork, majority of it focused on Pepper and Carrot and idea generation for the novel. 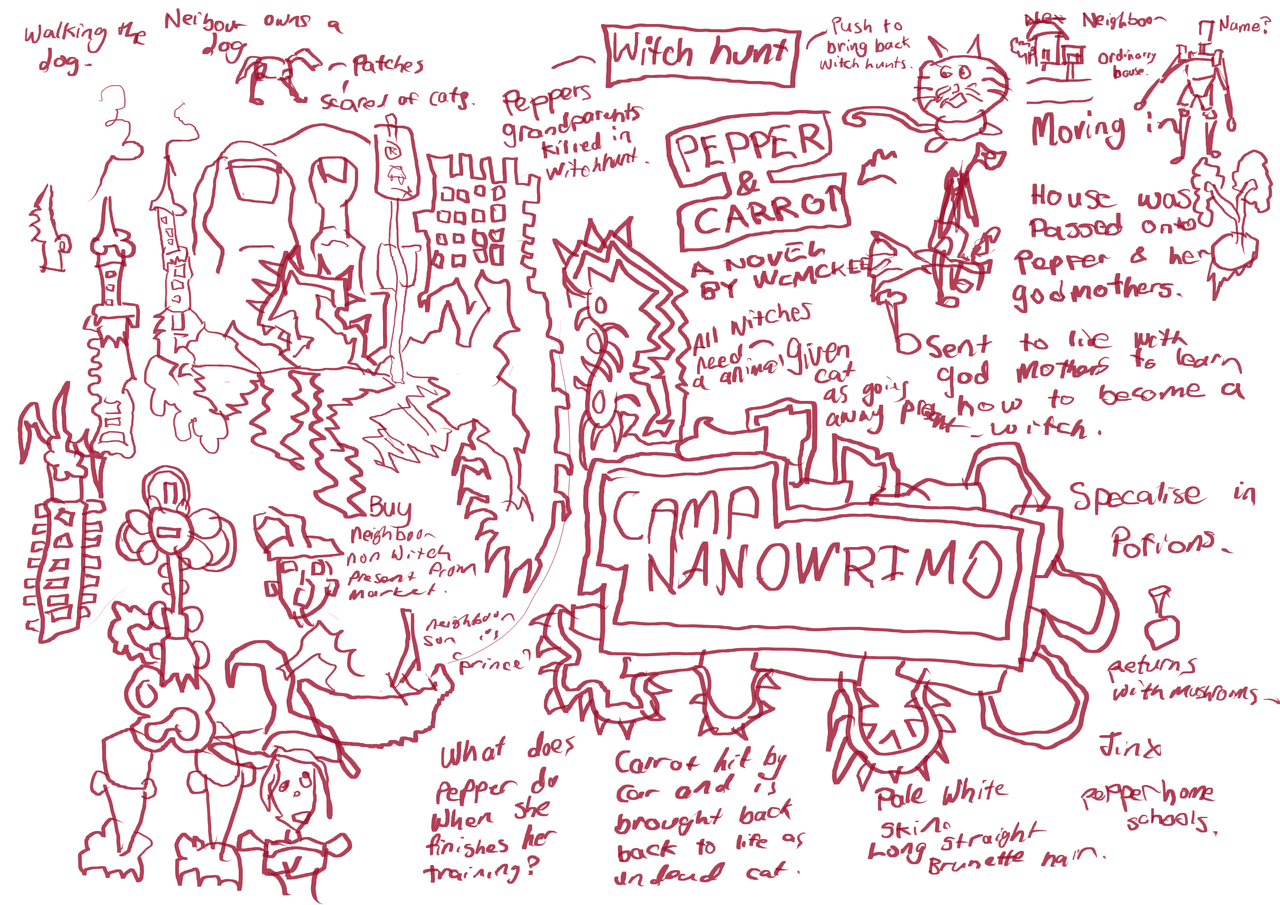 Focused on writing idea generation for the novel in this piece. I want to intrude a dog character, based on Patches (dog I take for regular walks). Drew areas of this when I was talking him for a walk. Includes a sketch of Carrot and my toes. 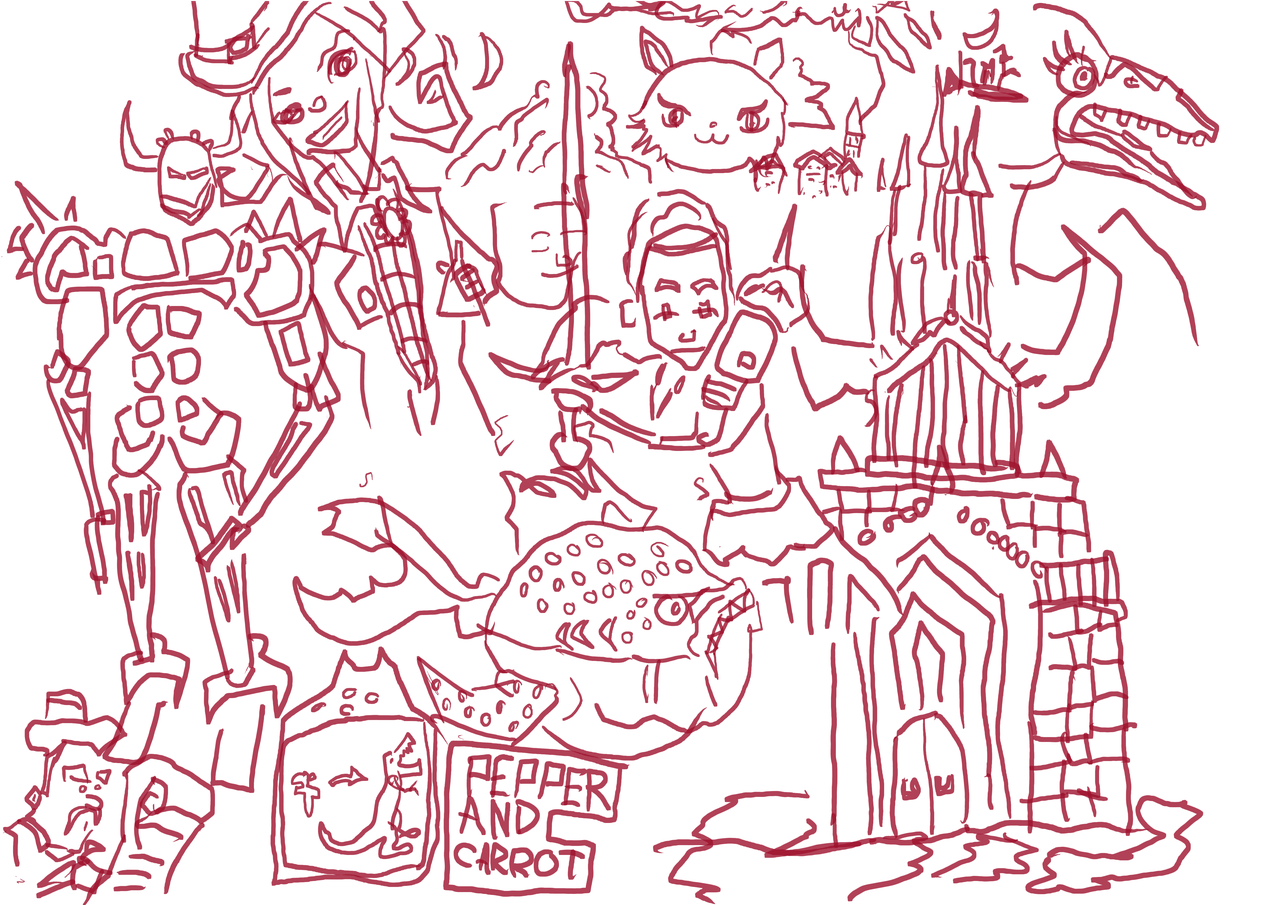 Pepper&Carrot characters and creates. Need to develop a protagonist. 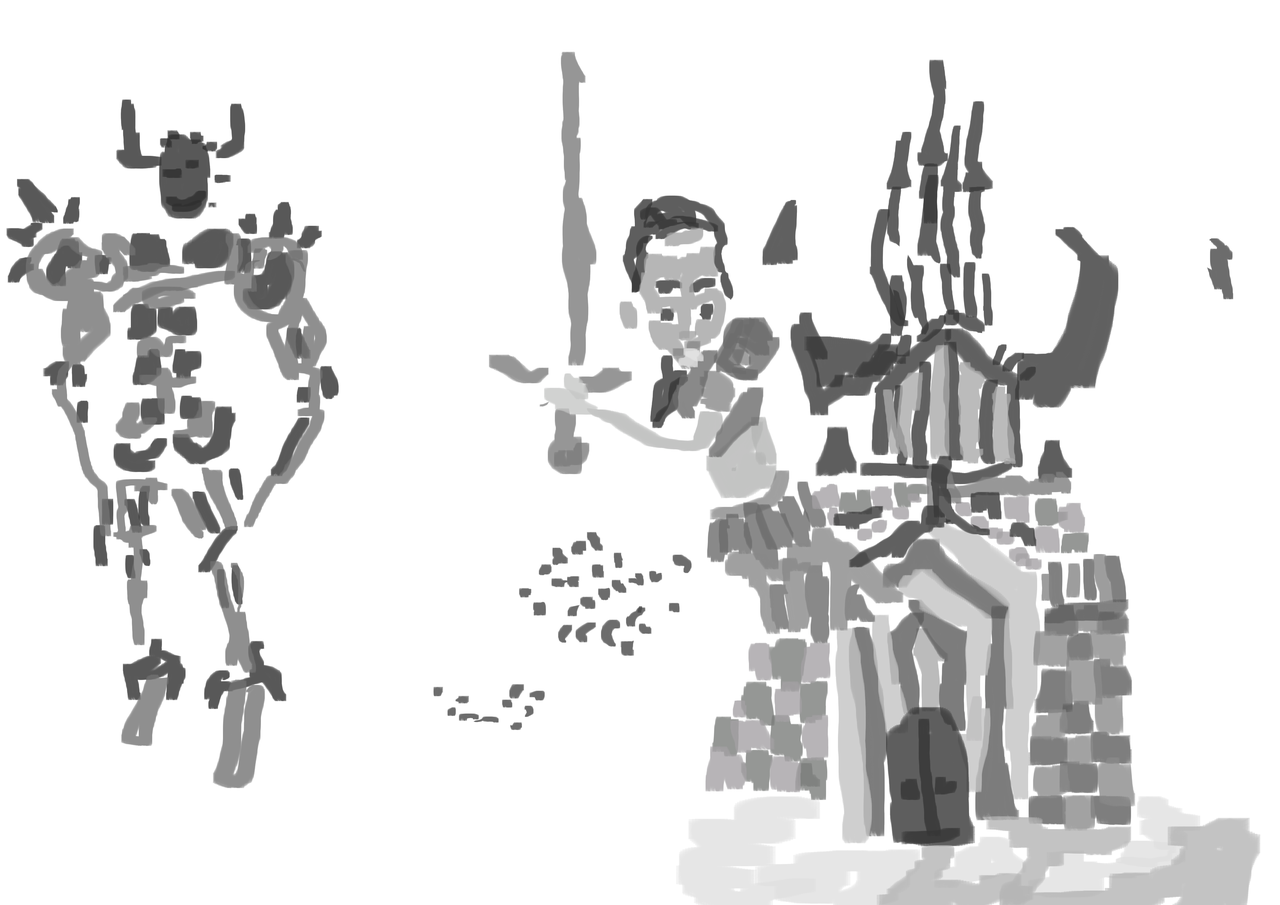 Grayscale layer! Had fun with the castle. 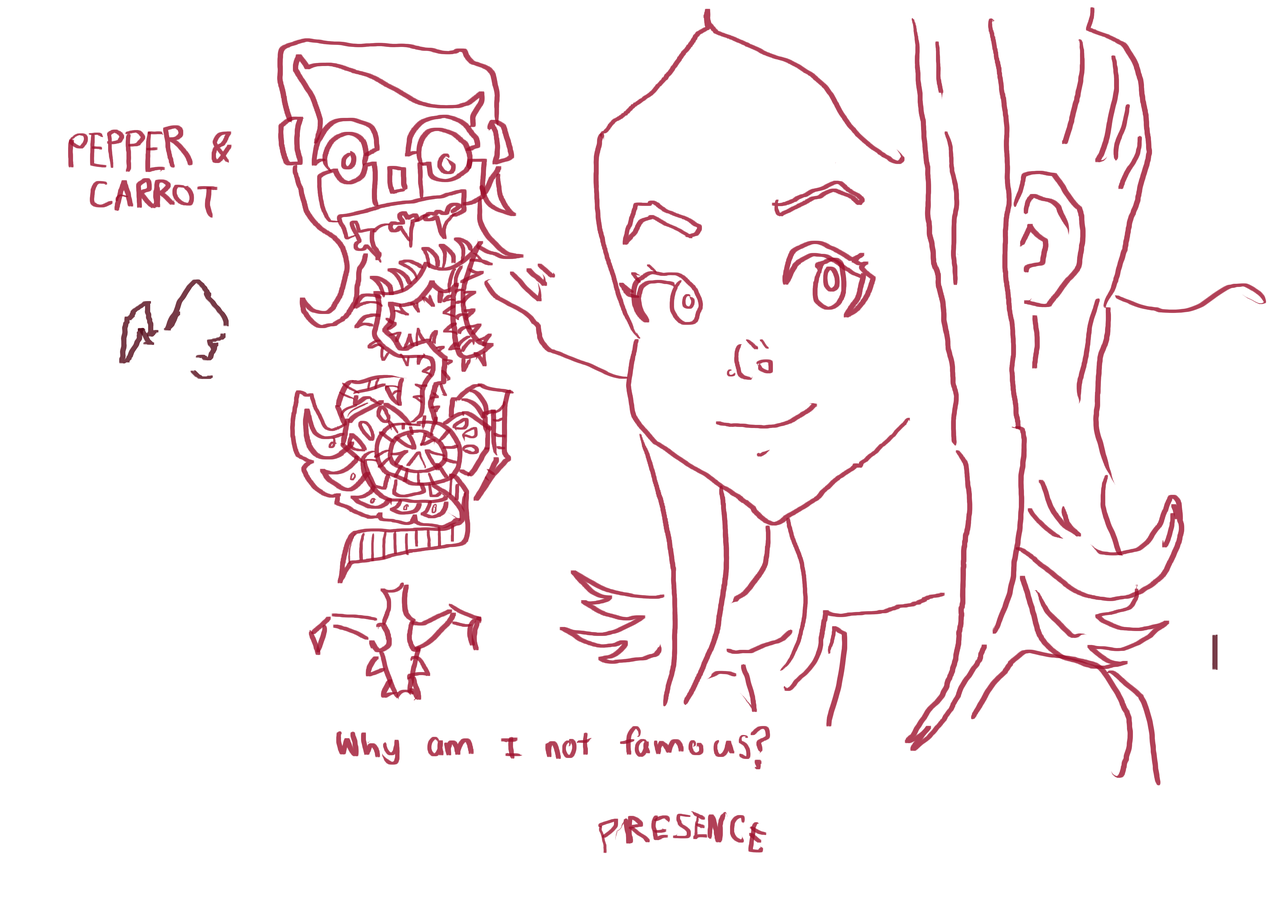 Large portrait of Pepper. Theme for next WritersDenHamilton: Why am I not famous? Thought was to write a short story with Death (was reading Good Omens). 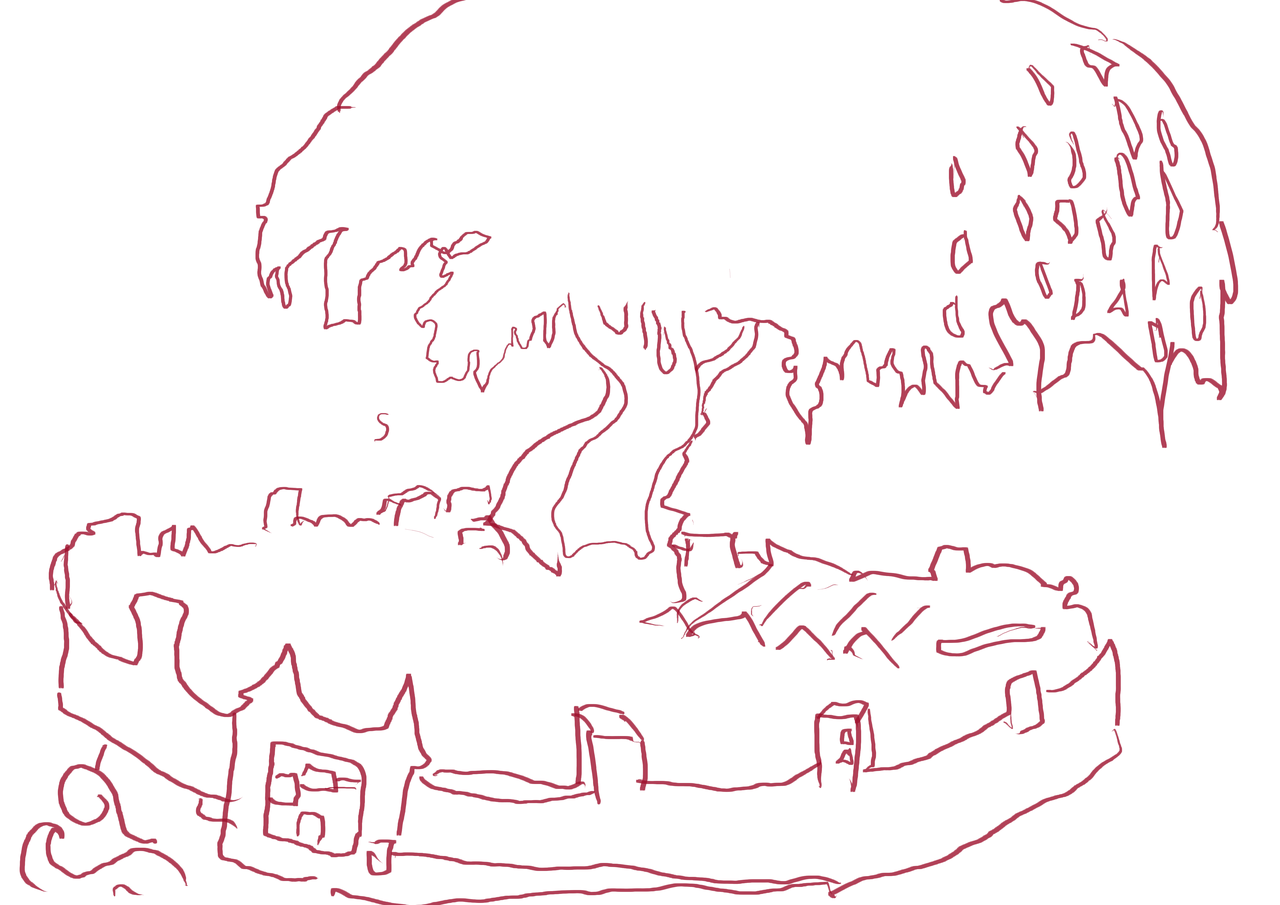 Tree city in Pepper&Carrot web comic. Drew this when I was at Computer Club today. It was a successfully Saturday workshop. For once I didn't get into an argument. 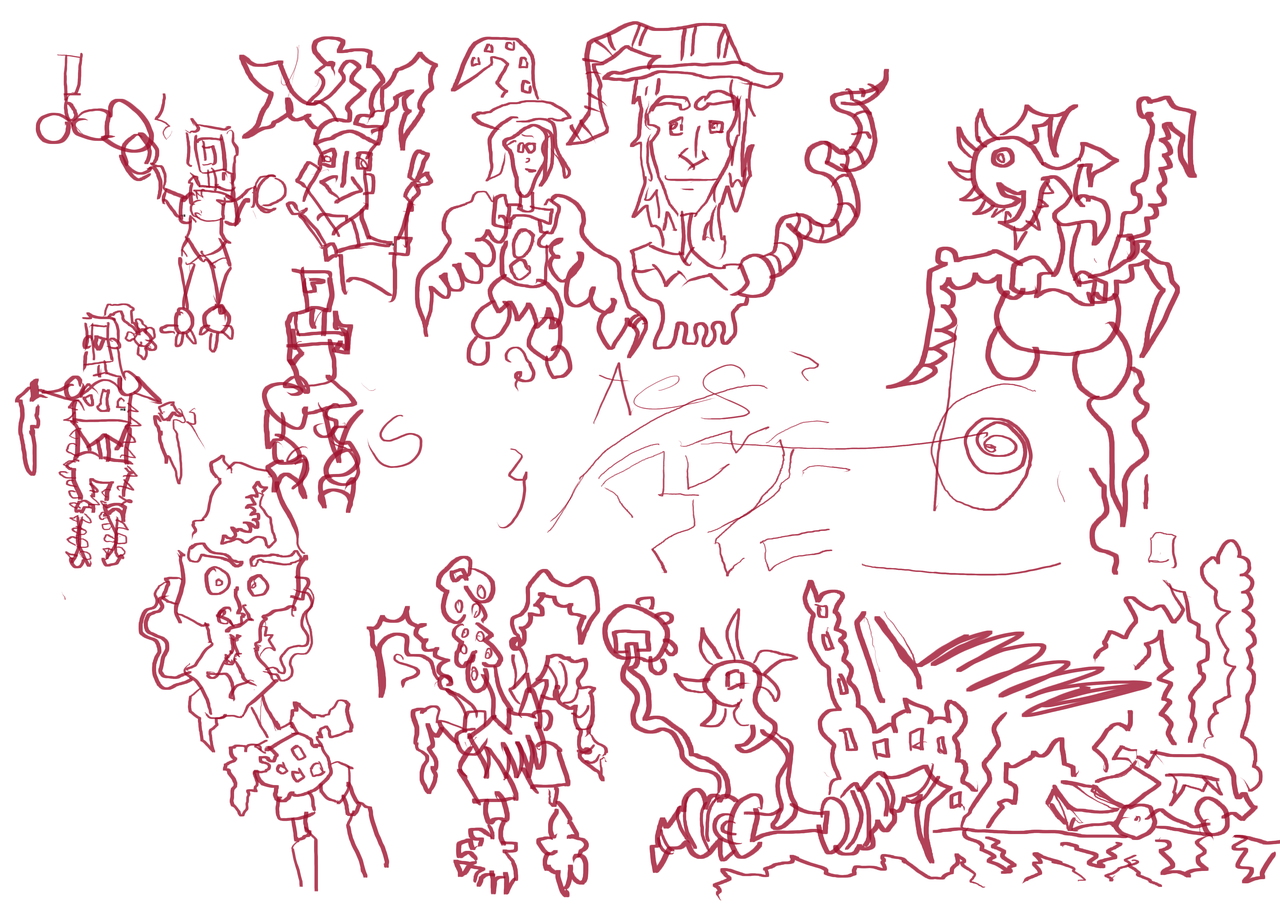 Character sketches. Attempted to bring 'witch' elements into the characters with their pointy hats. 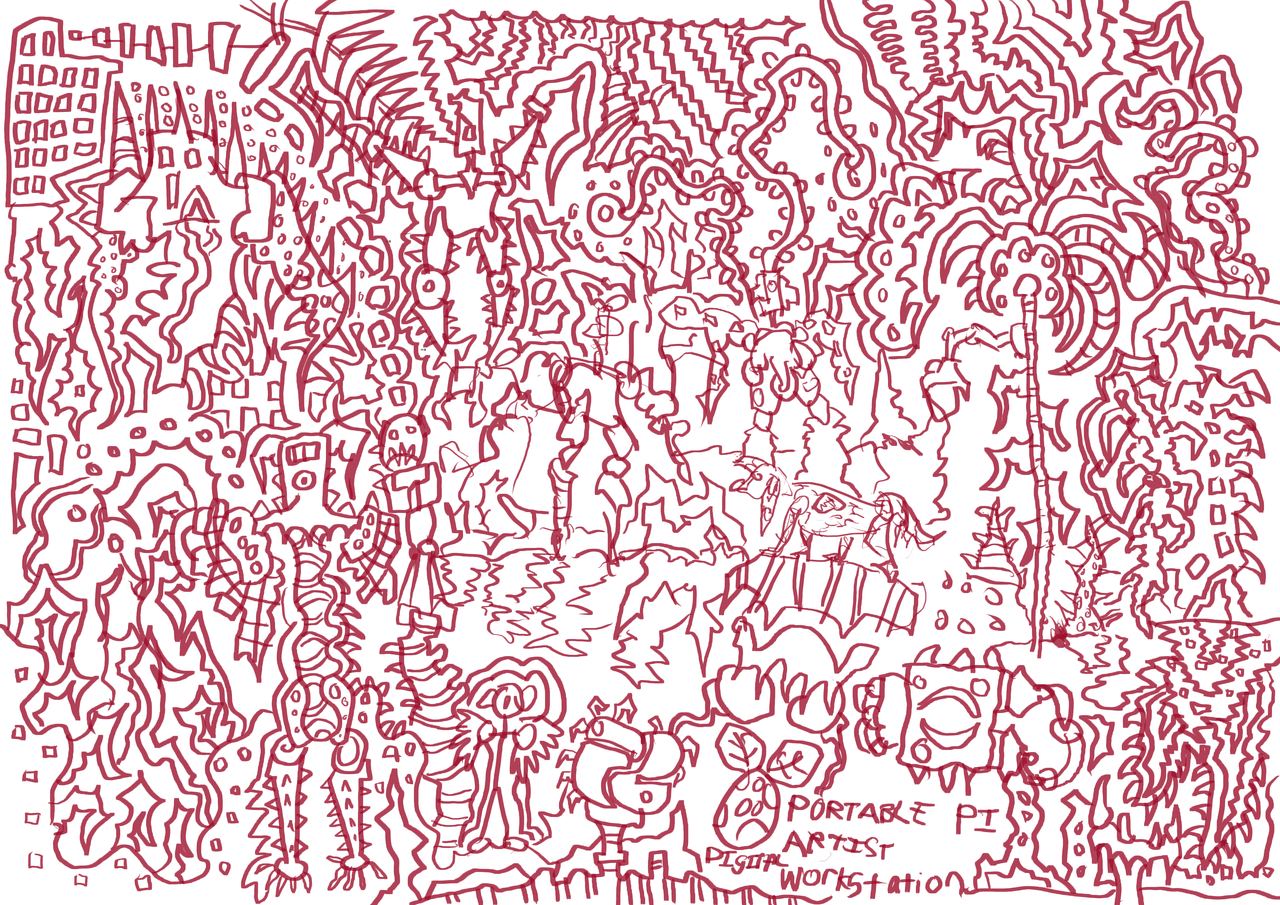 This was drawn when I was at WritersDenHamilton. My setup is great that it allows me to just draw when I am in meetings so that I don't get bored. Couldn't be better!