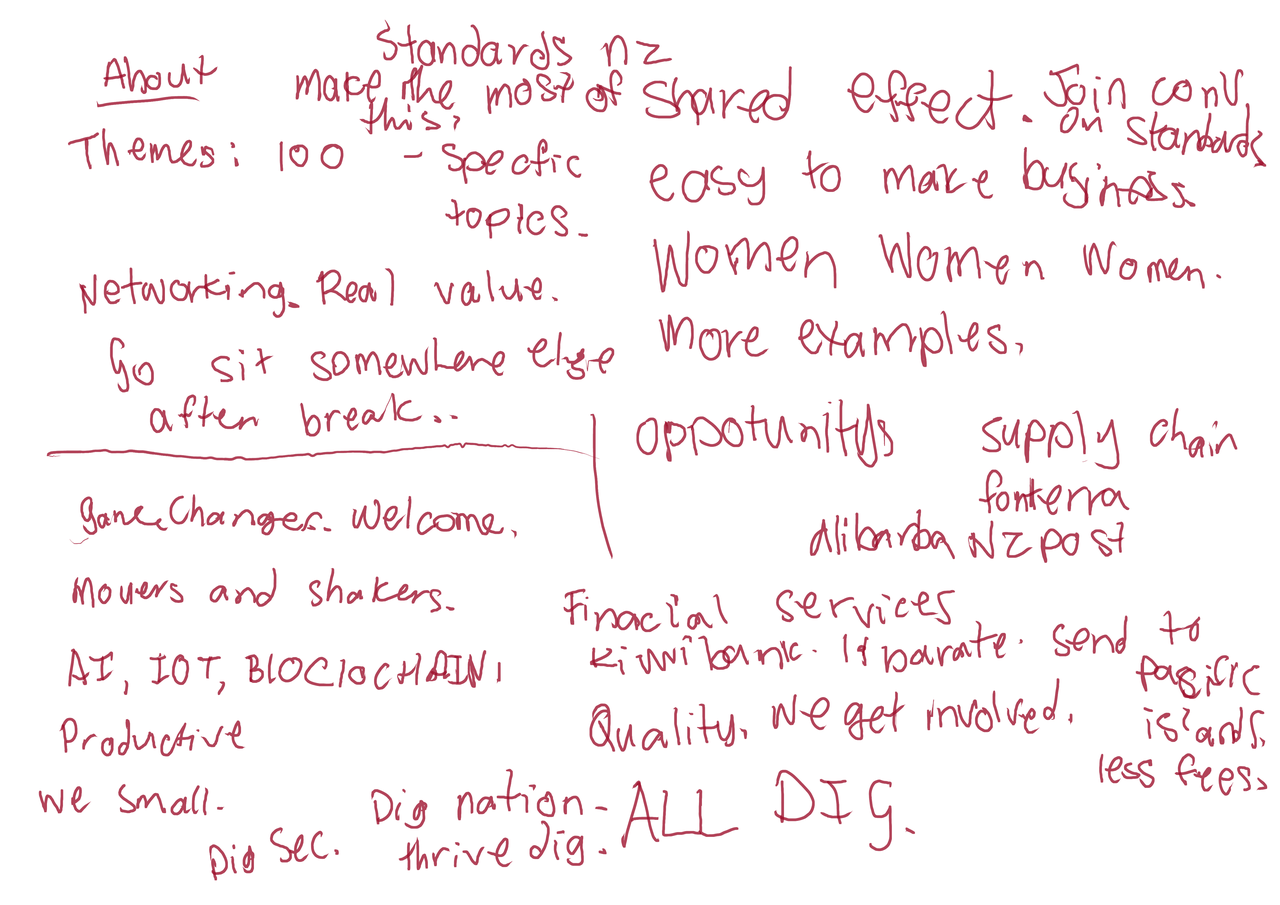 Start of the conference. Overall about - tips such as sit somewhere different after breaks. This was followed by Ministers speech which was bullshit. It's a shame the crowd were not allowed questions. 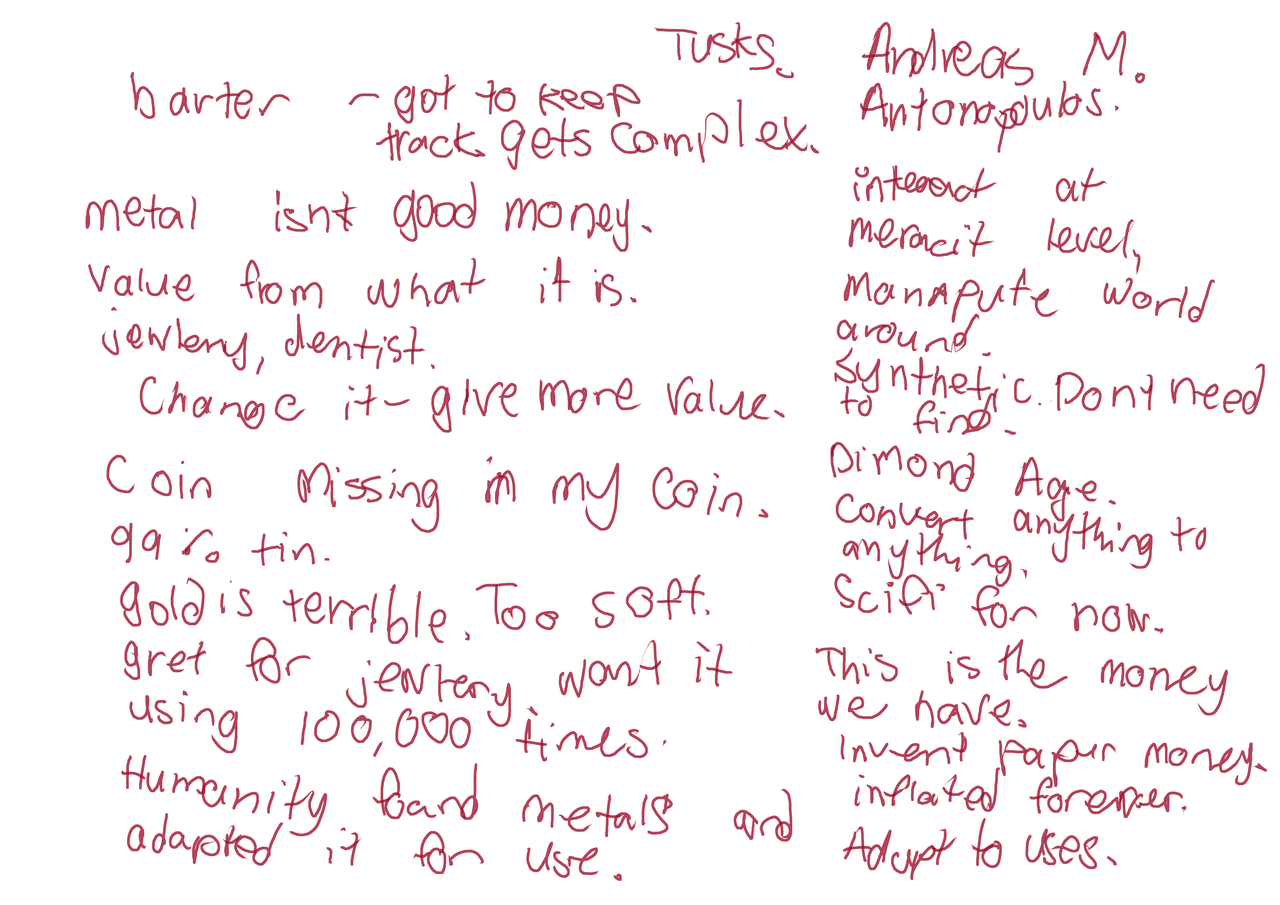 Andreas was the keynote on the first day. It was certainly a highlight. He's an excellent speaker and I've been watching his videos on youtube. He asked the question: Is Blockchain real money? 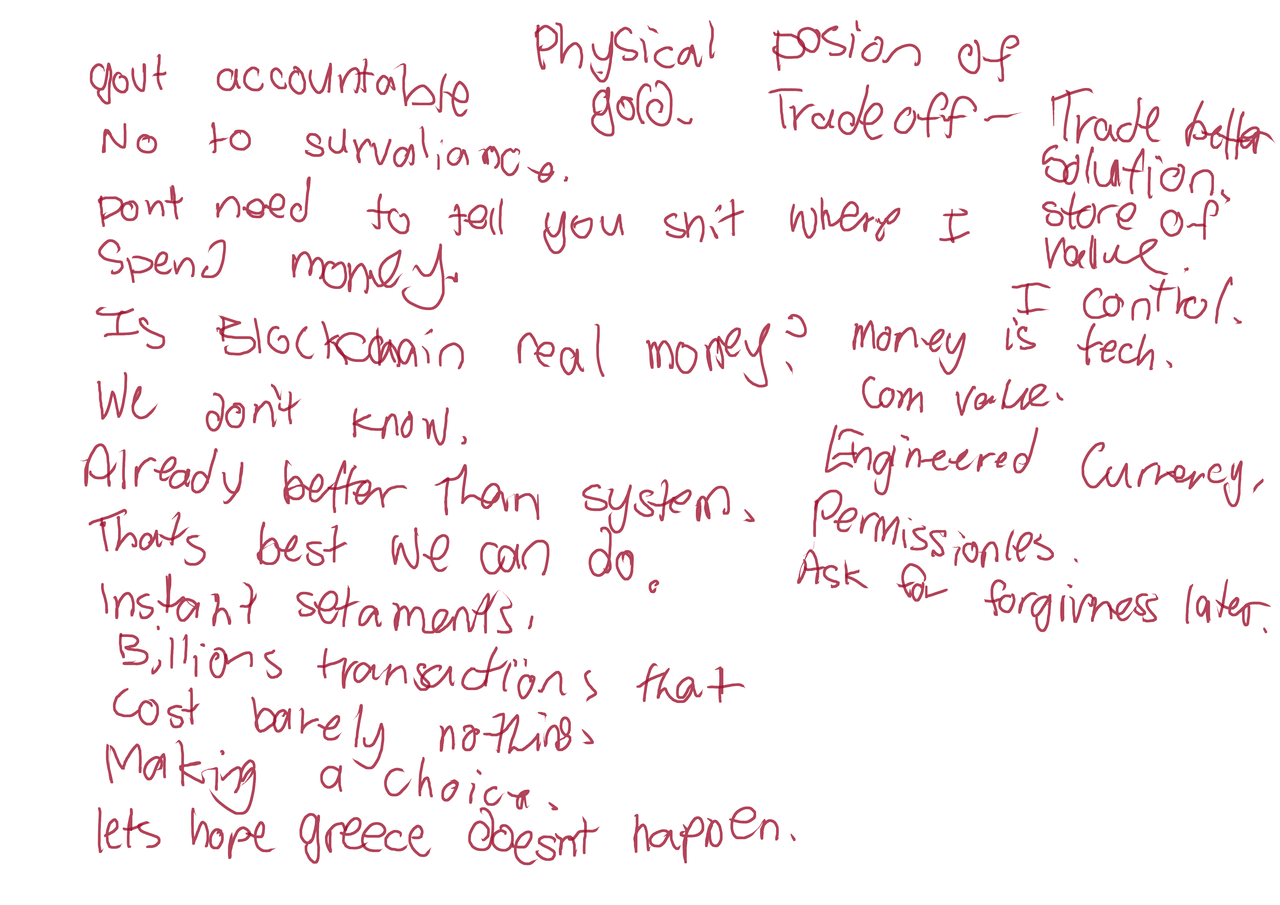 Andreas spoke about the history of money - going back to barter and the introduction of precious metals - and how they are useful for other uses than just money. He talked about the future - the diamond age where you can convert anything to anything. 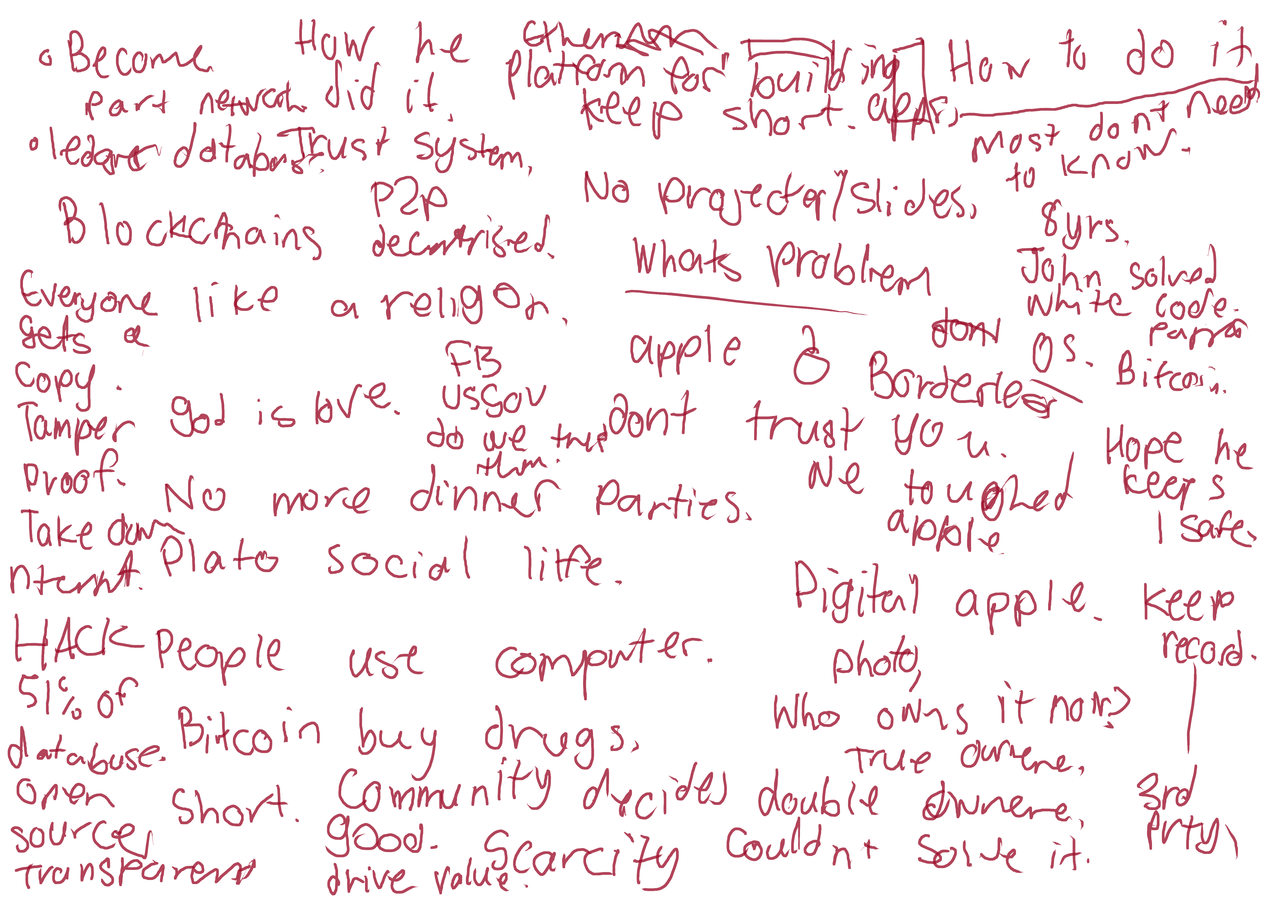 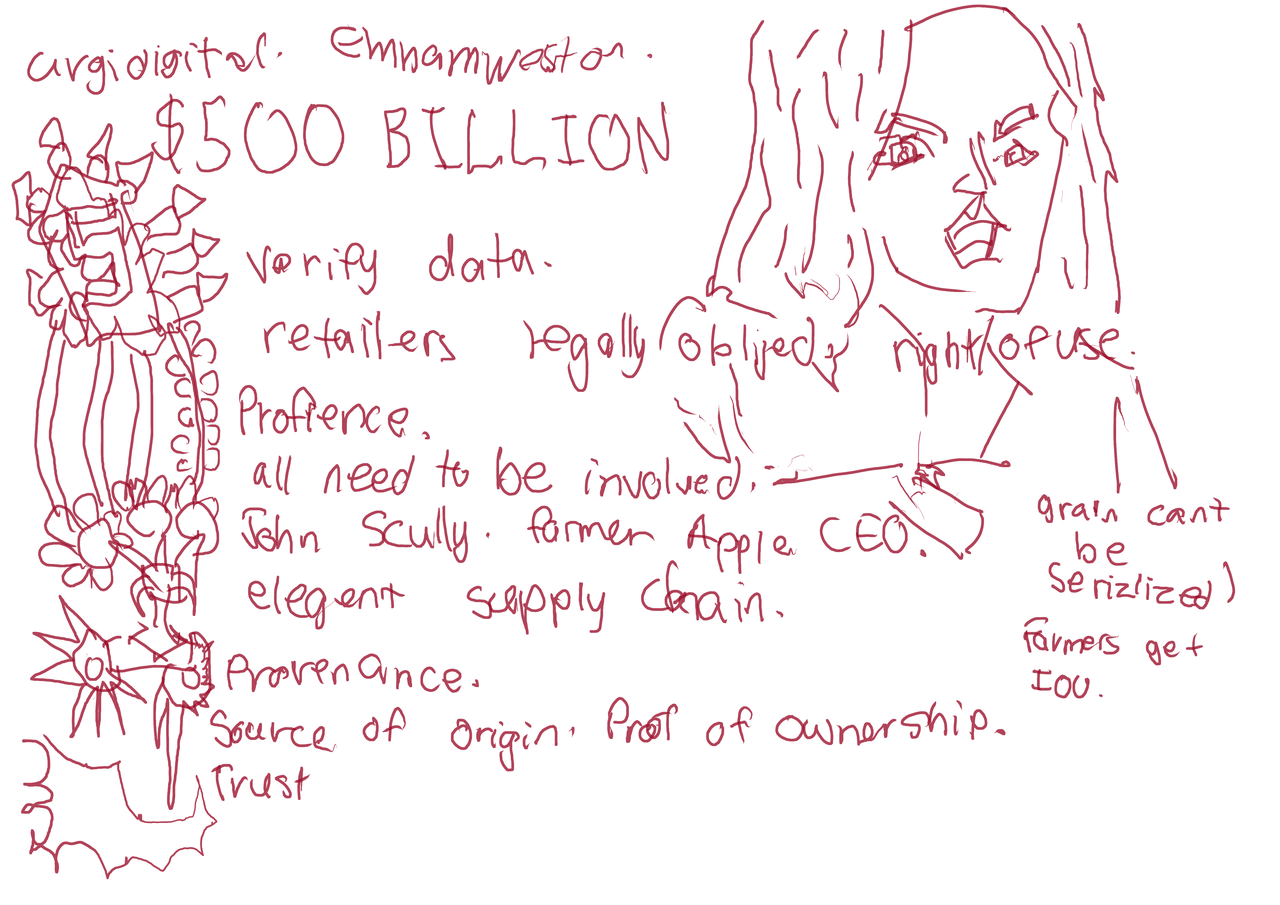 Emma Weston from Agridigital. The use of the Blockchain for supply chain of food. This is relevant for me as I would love to do something similar with my art/blog. The ability to for others to access my content decentralised and track the uses/adapt/remix of my work. This was one of the first portraits I drew during the conference also - it was mostly just notes. 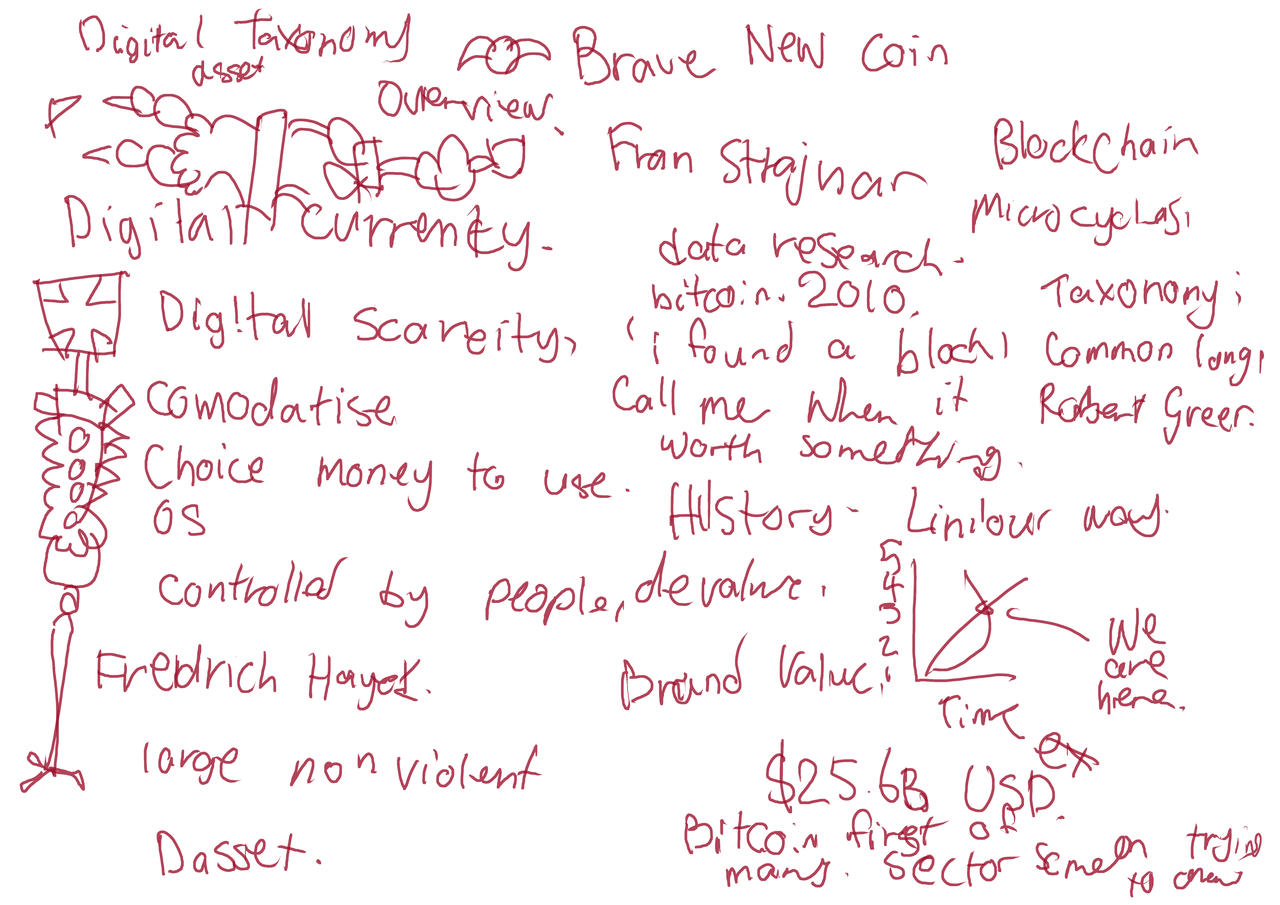 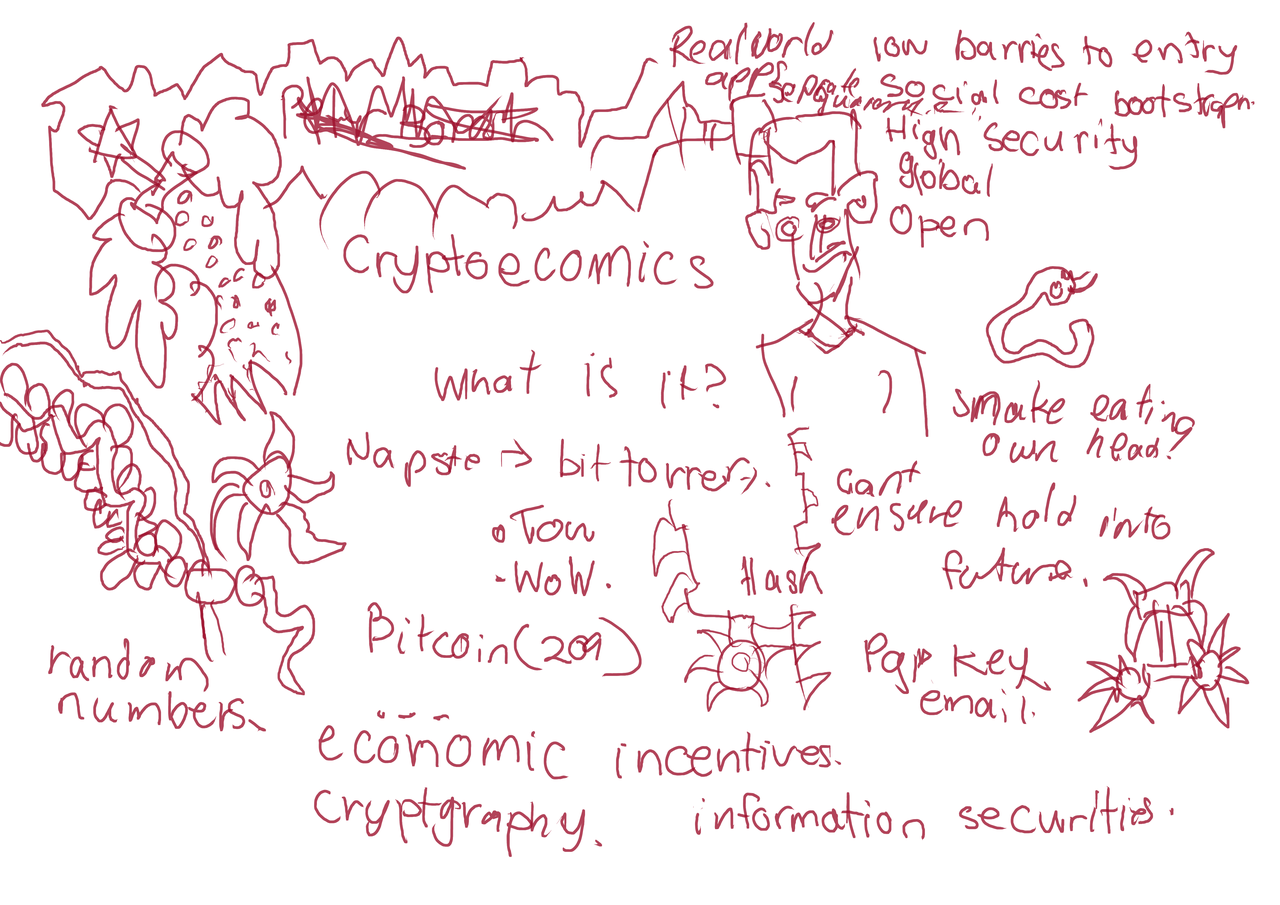 The keynote of the 2nd day by Vitalik Buterin. Cryptoeconomics. History of decentralise - bit torrent. Public then private. He gave World of Warcraft as an example of private use of torrents. 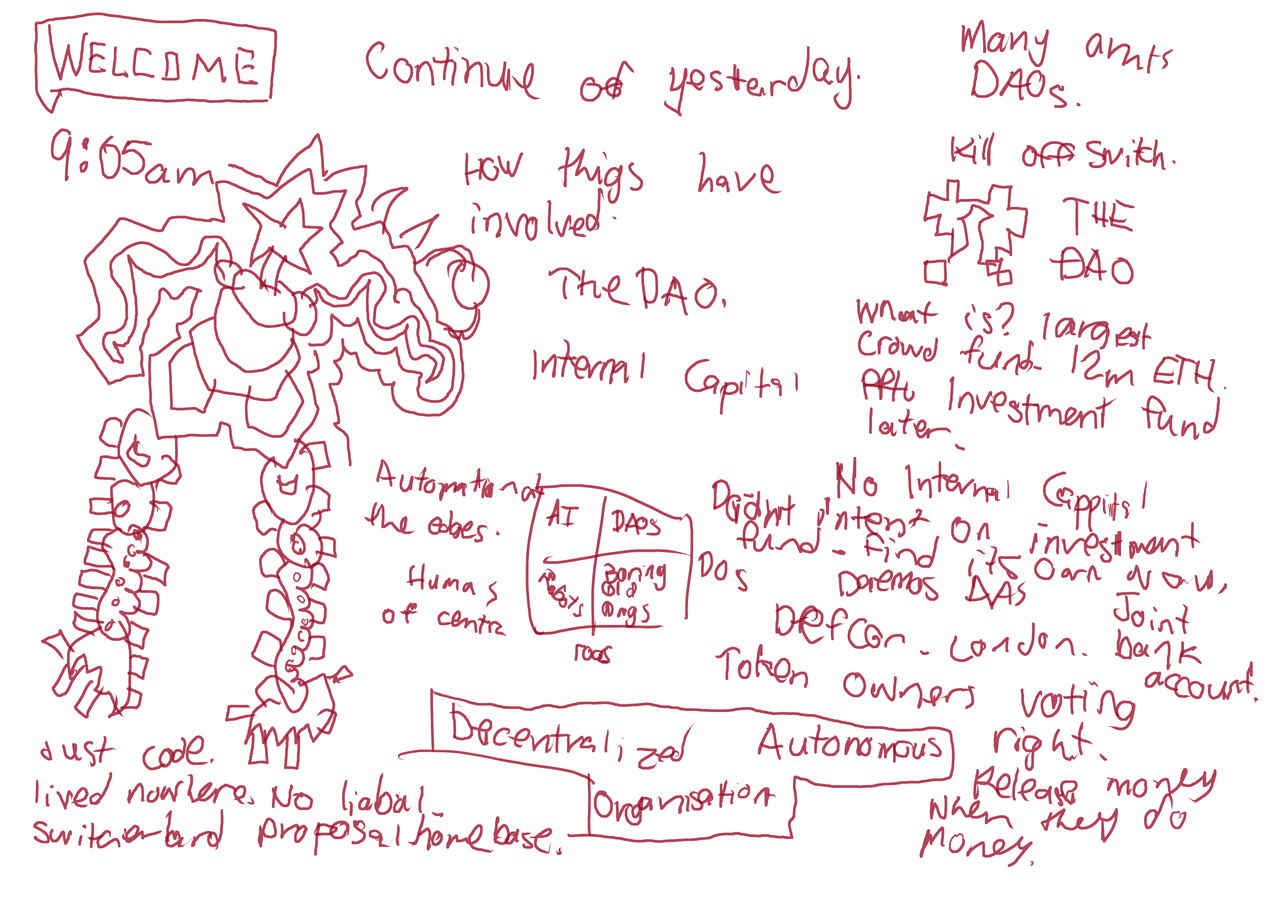 Christoph Jentzsch presented on the story of The DAO. This was interested and informative. 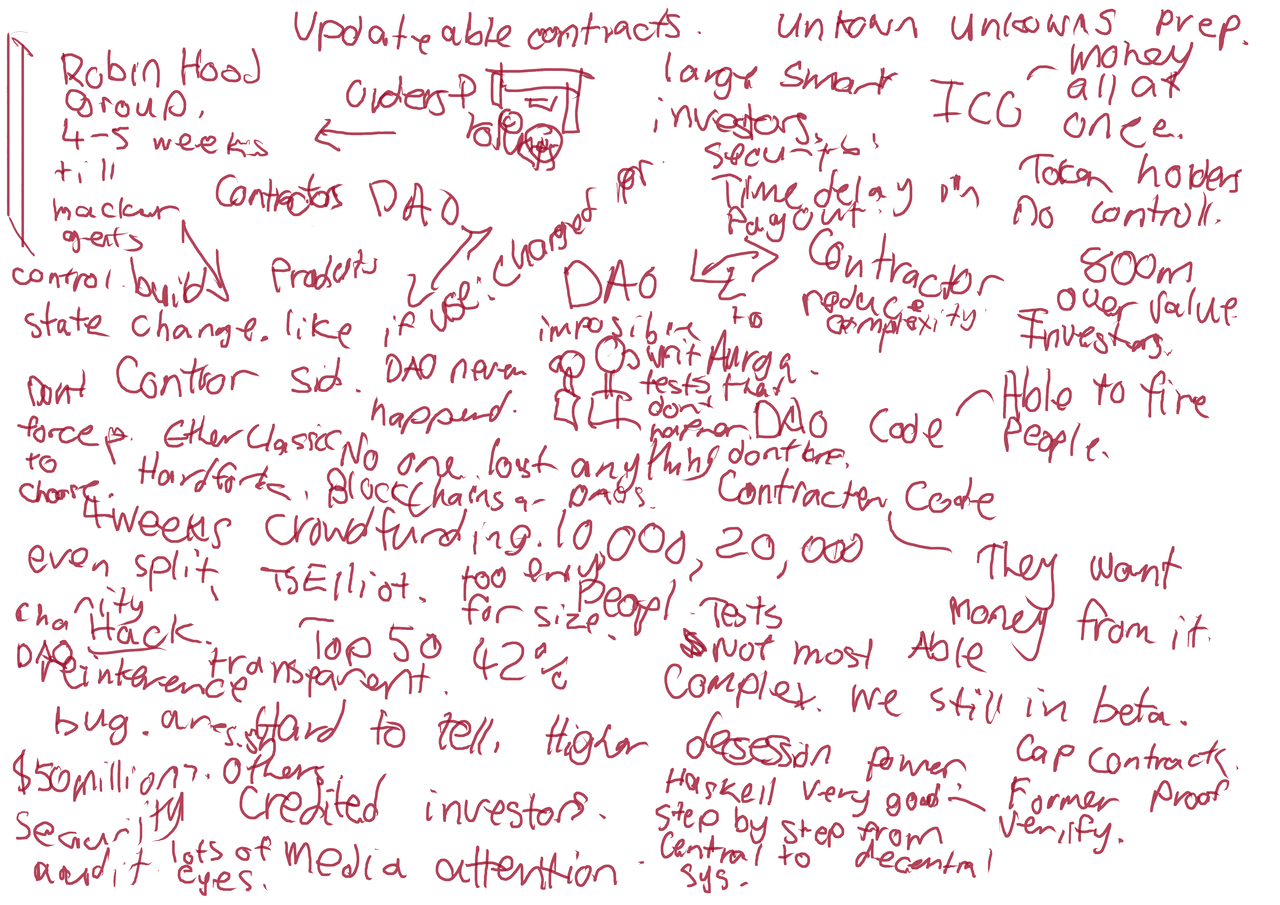 Welcome to day 2 and beginning notes from the DAO talk. 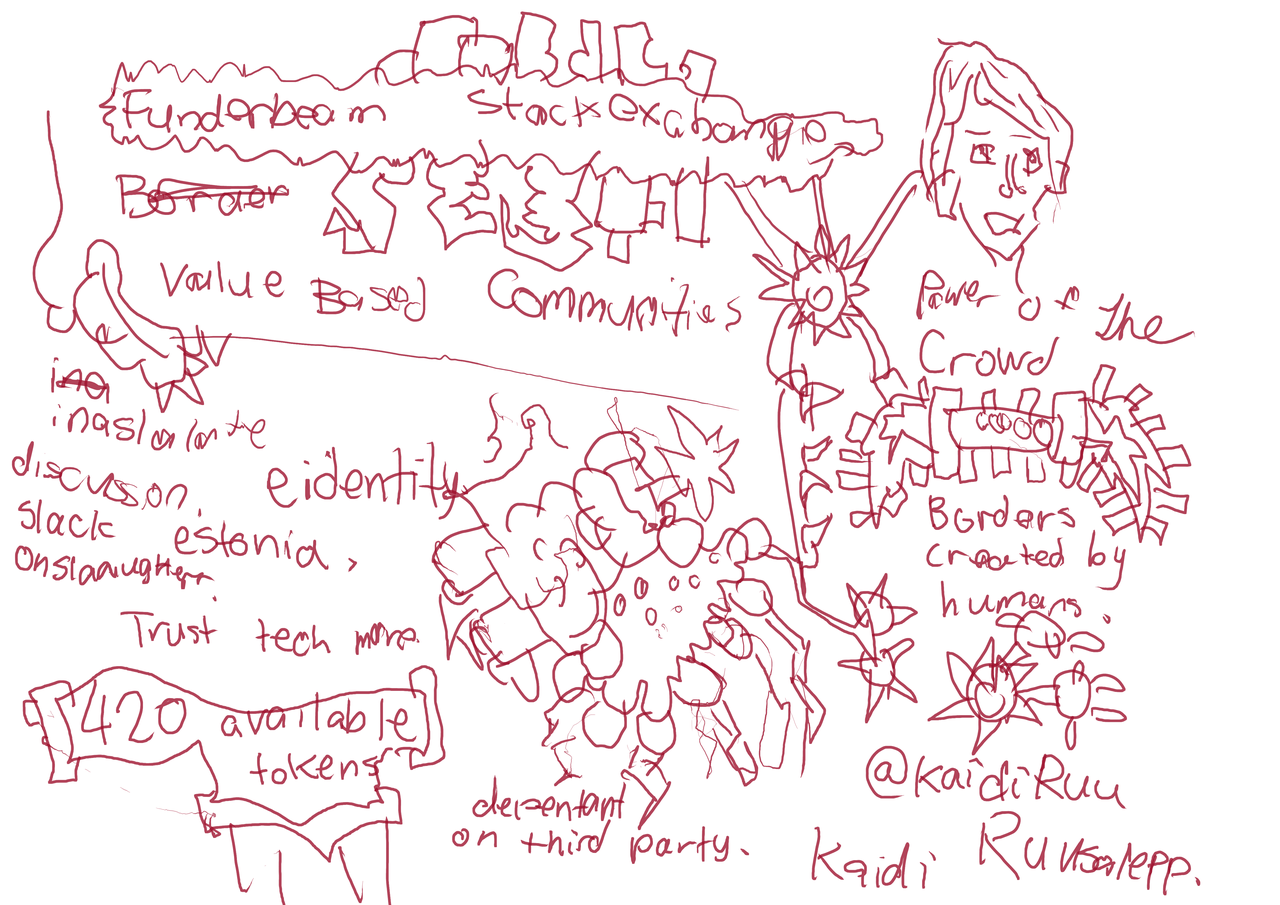 Kaidi Ruusalepp presented on the Funderbeam story. Portrait of her in the top right. 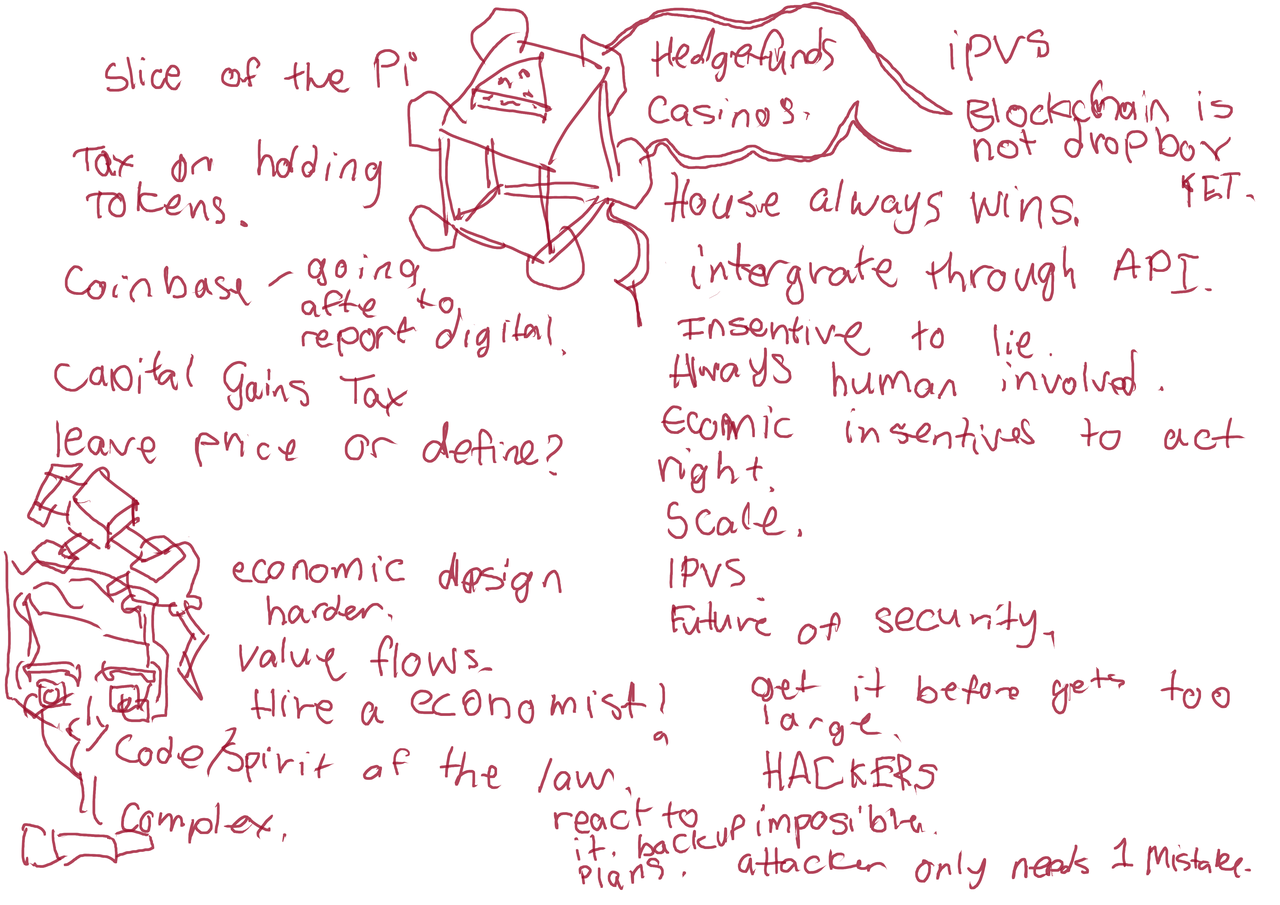 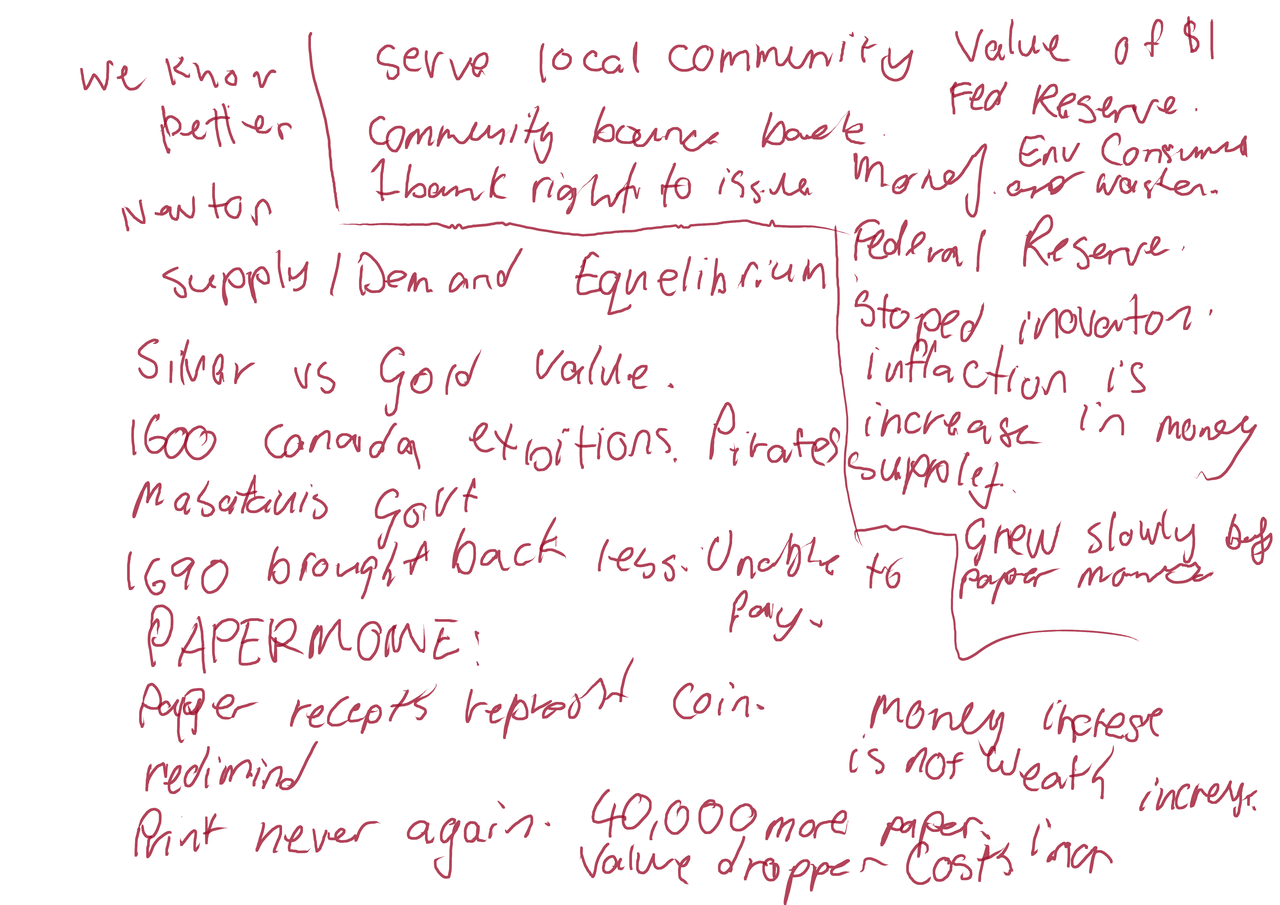 Stephen Macaskill talked on the history of money. It shared similar ideas as Andreas talk. He hardly mentioned Blockchain which makes him a true winner. 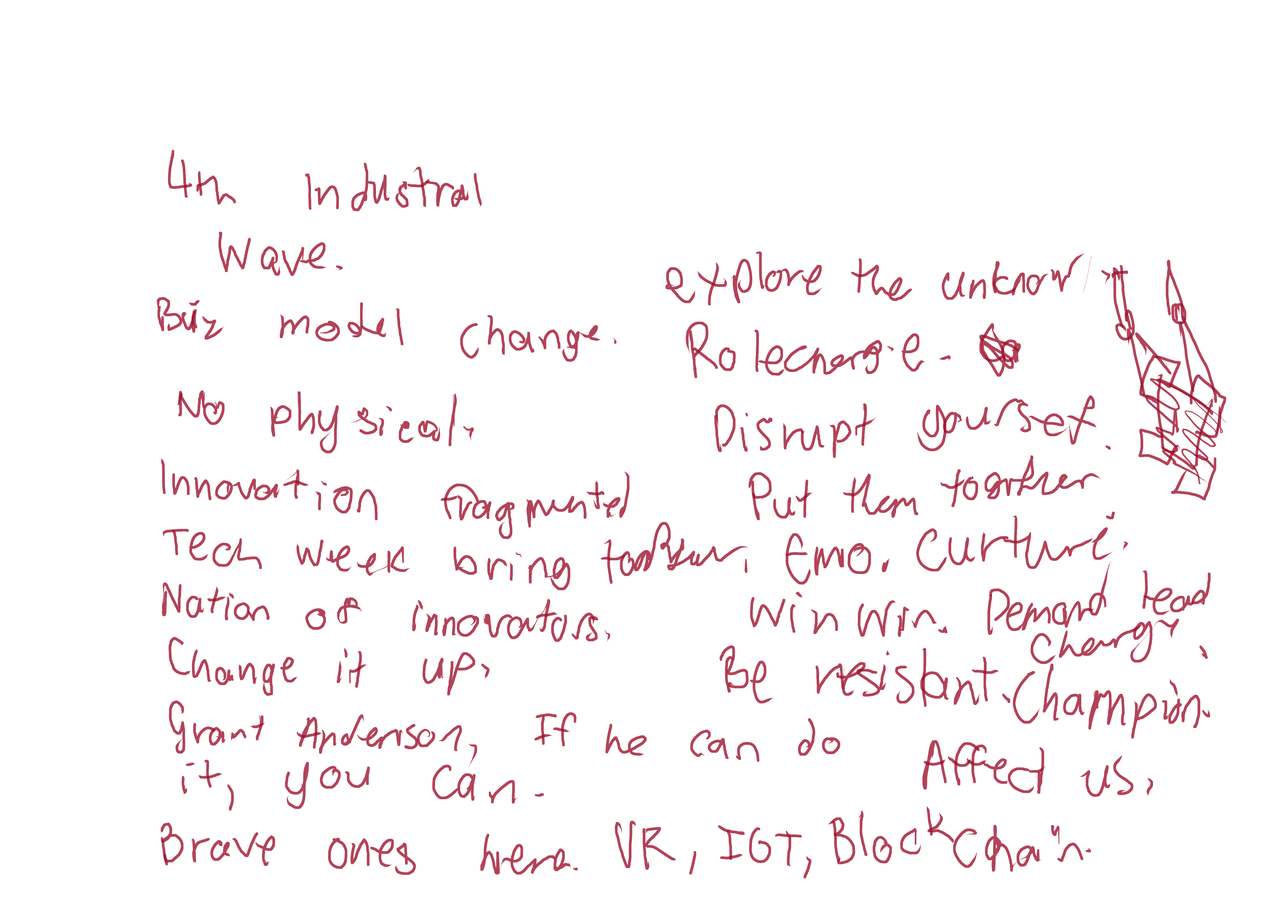 Intro on day 1. 4th industrial wave was mentioned. The term 'disrupt yourself' was mentioned and during the keynote Andreas responded negatively to the term - no one wants to disrupt themselves. 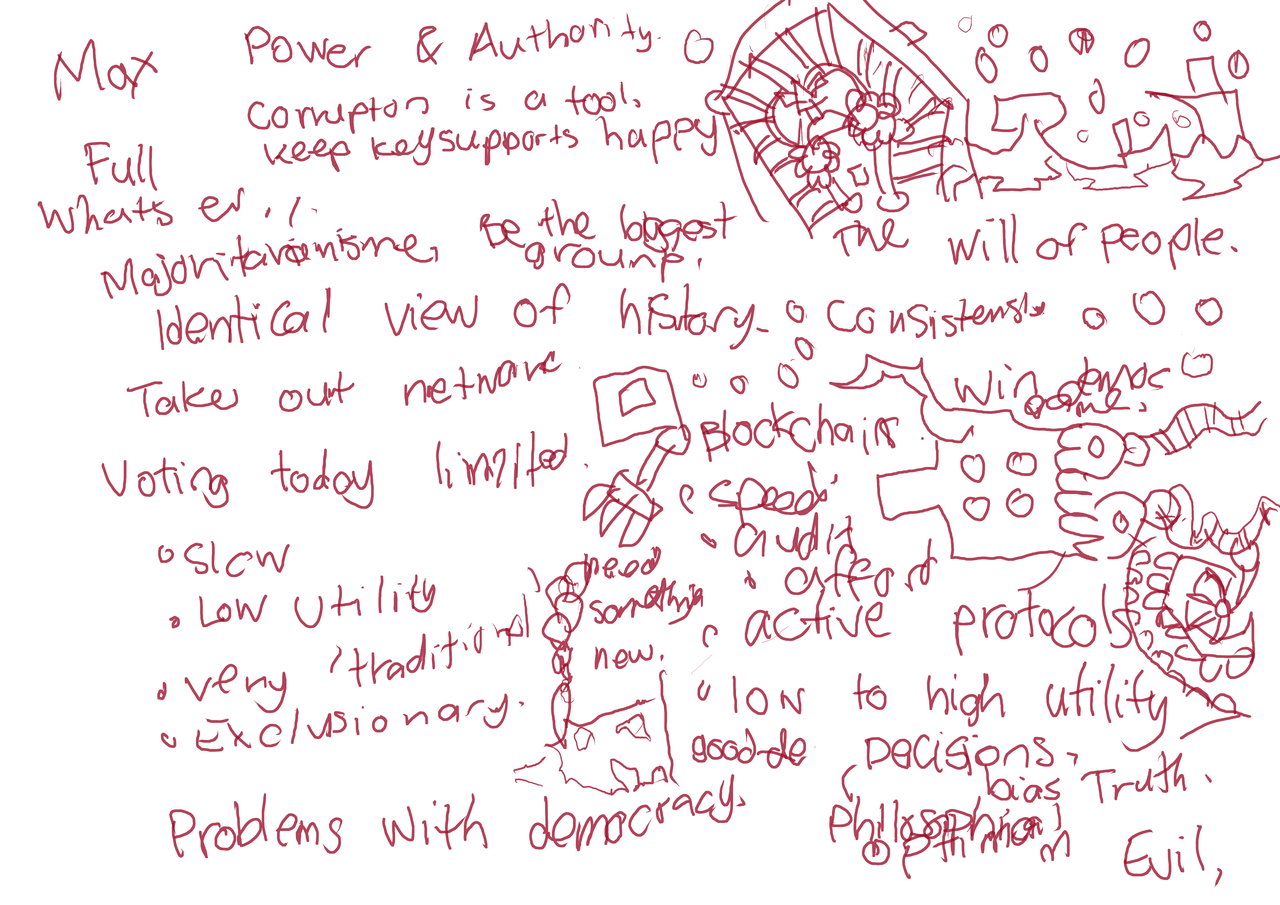 Max Kayne talked about online voting. This is certainly a hot topic and I can see the Blockchain helping with the ability to vote online. 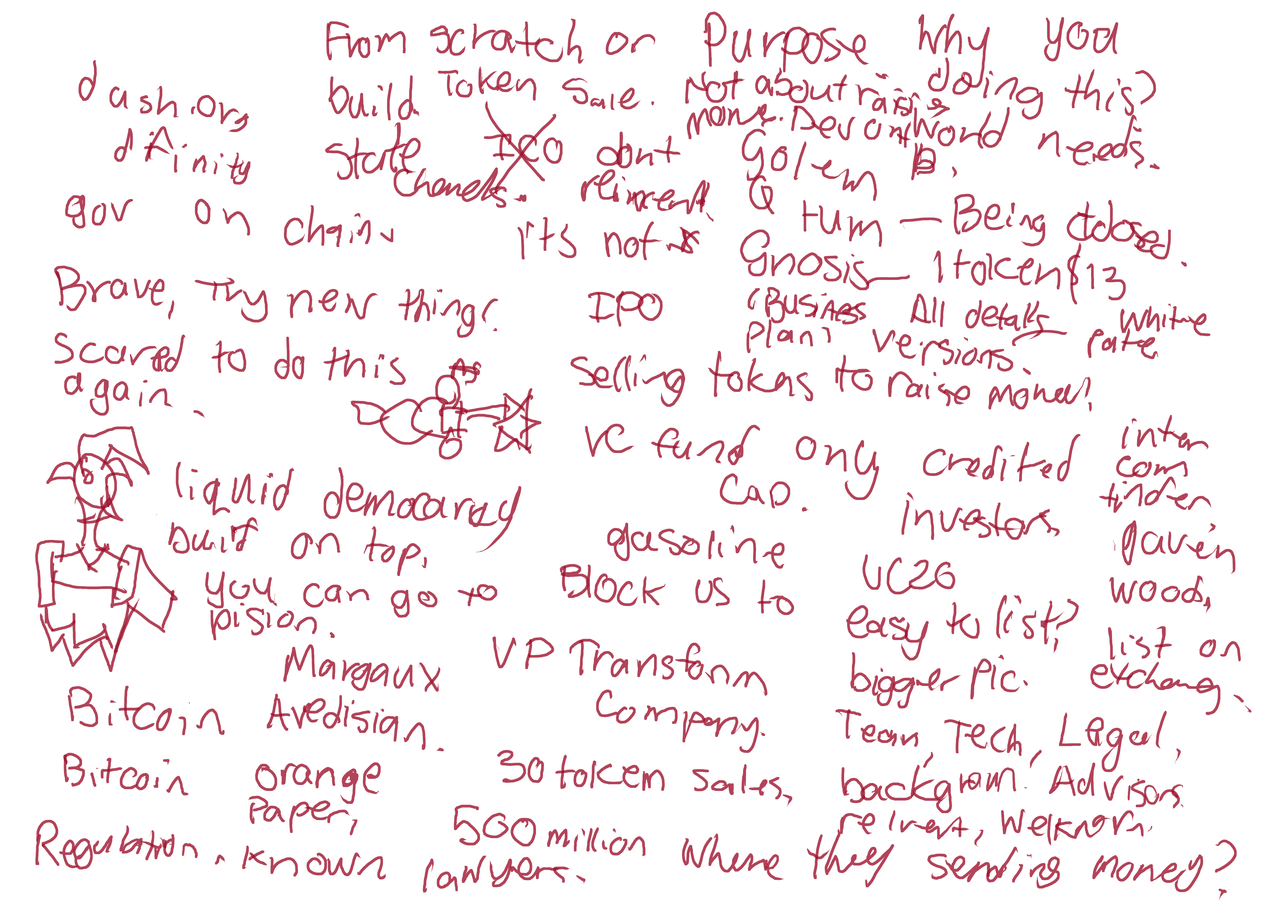 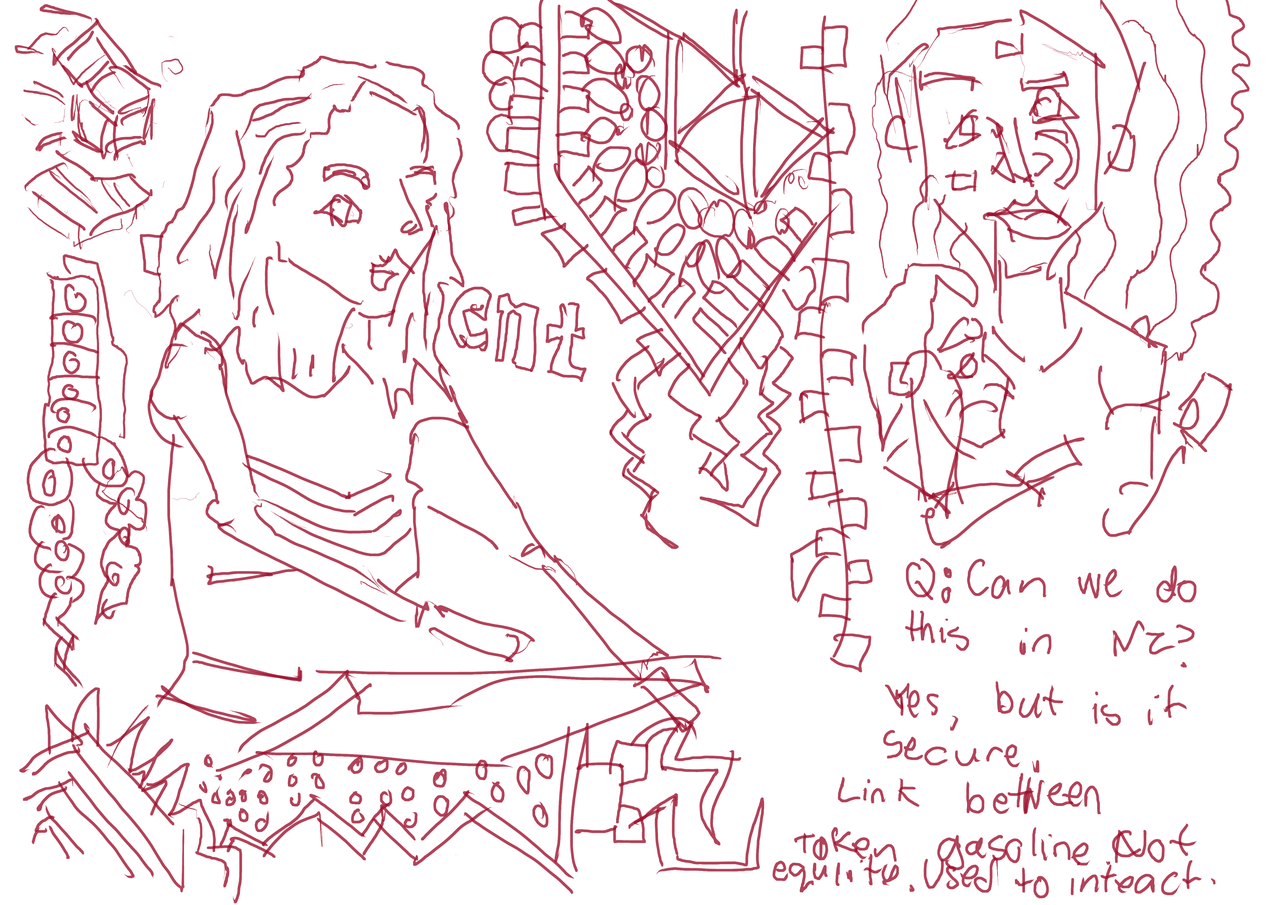 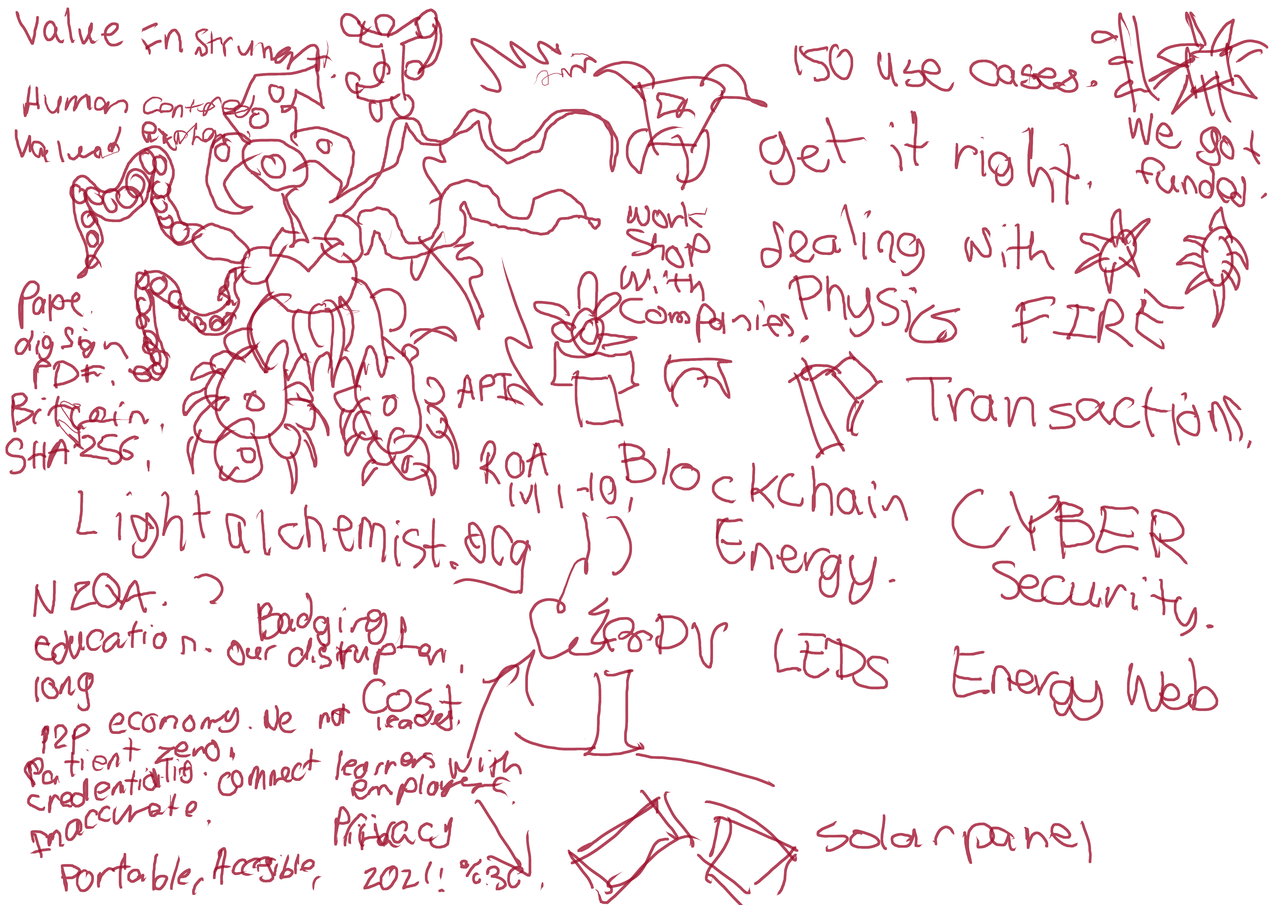 They had lightning talks! This was a great chance to hear thoughts from a range of speakers. I didn't take digital notes though most (was slow to boot up the Pi) but I did manage to capture Lukasz Zawilski from NZQA. I managed to catchup with him for a chat. CYBER! 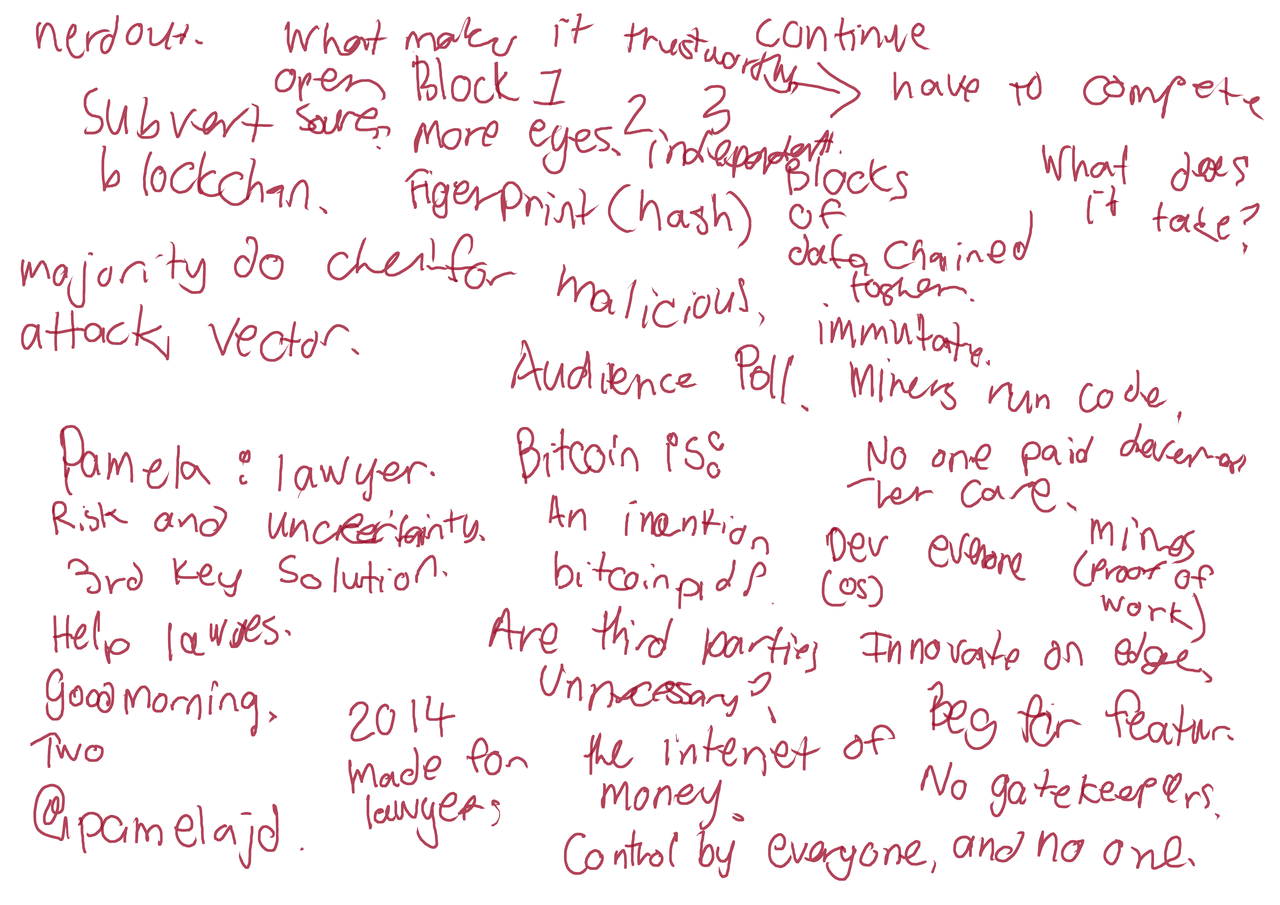 Pamela Morgan presented on 'TL;DR session for lawyers on bitcoin, blockchain and smart contracts'. The target audience for the talk was lawyers but it was one of my favourite. 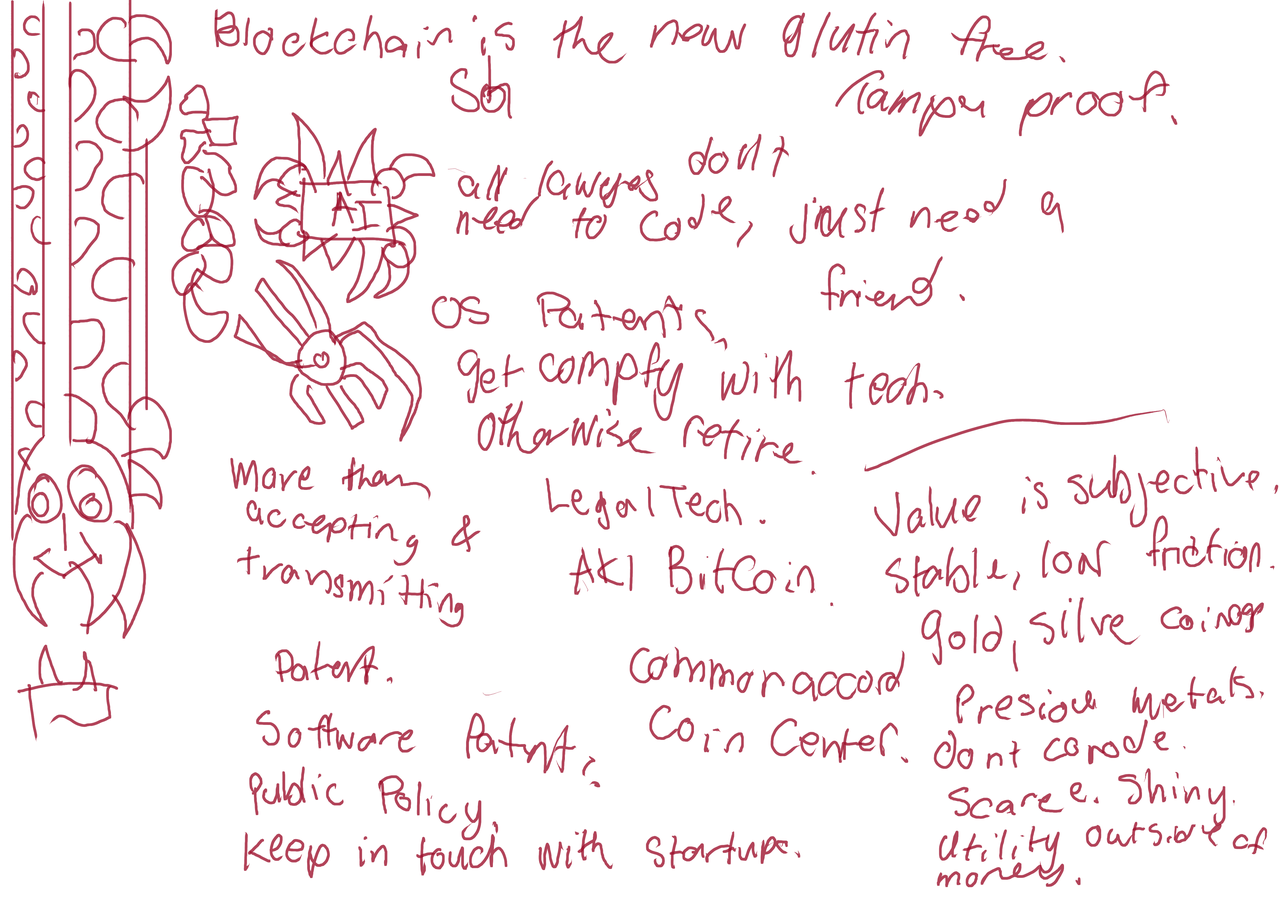 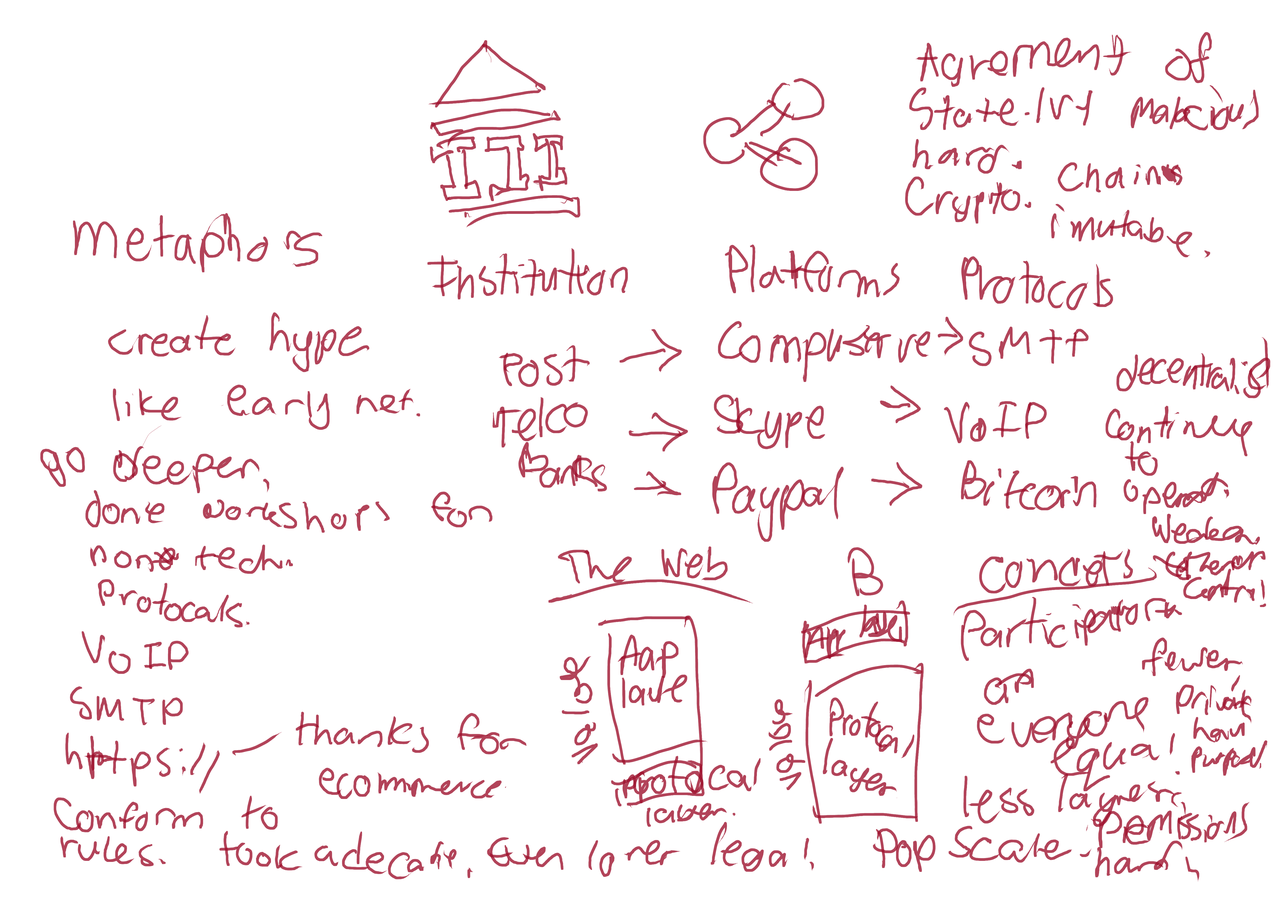 A talk on protocols. Thank you https:// - we wouldn't have ecommerce without you. 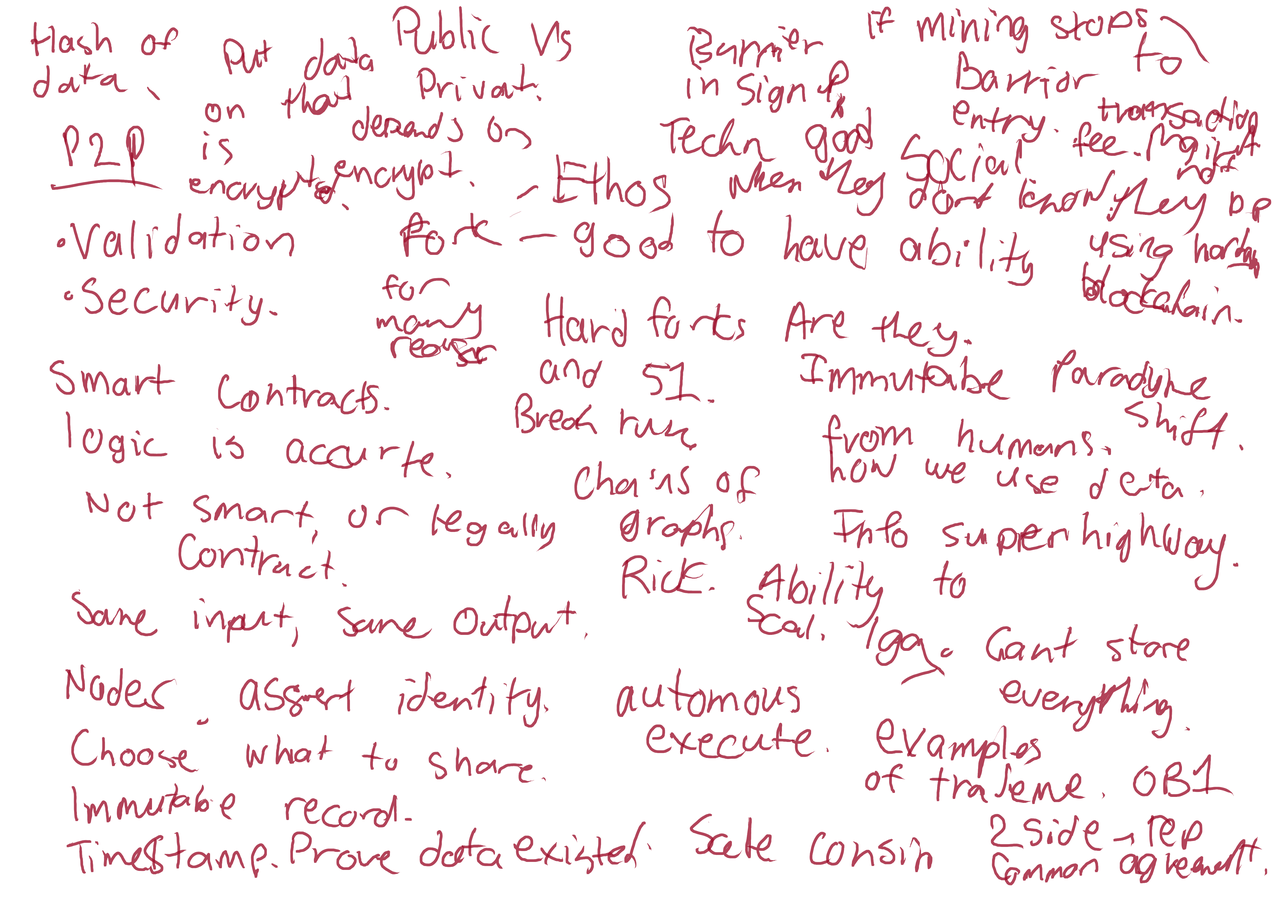 Smart Contracts are neither smart nor contracts. It's just software. 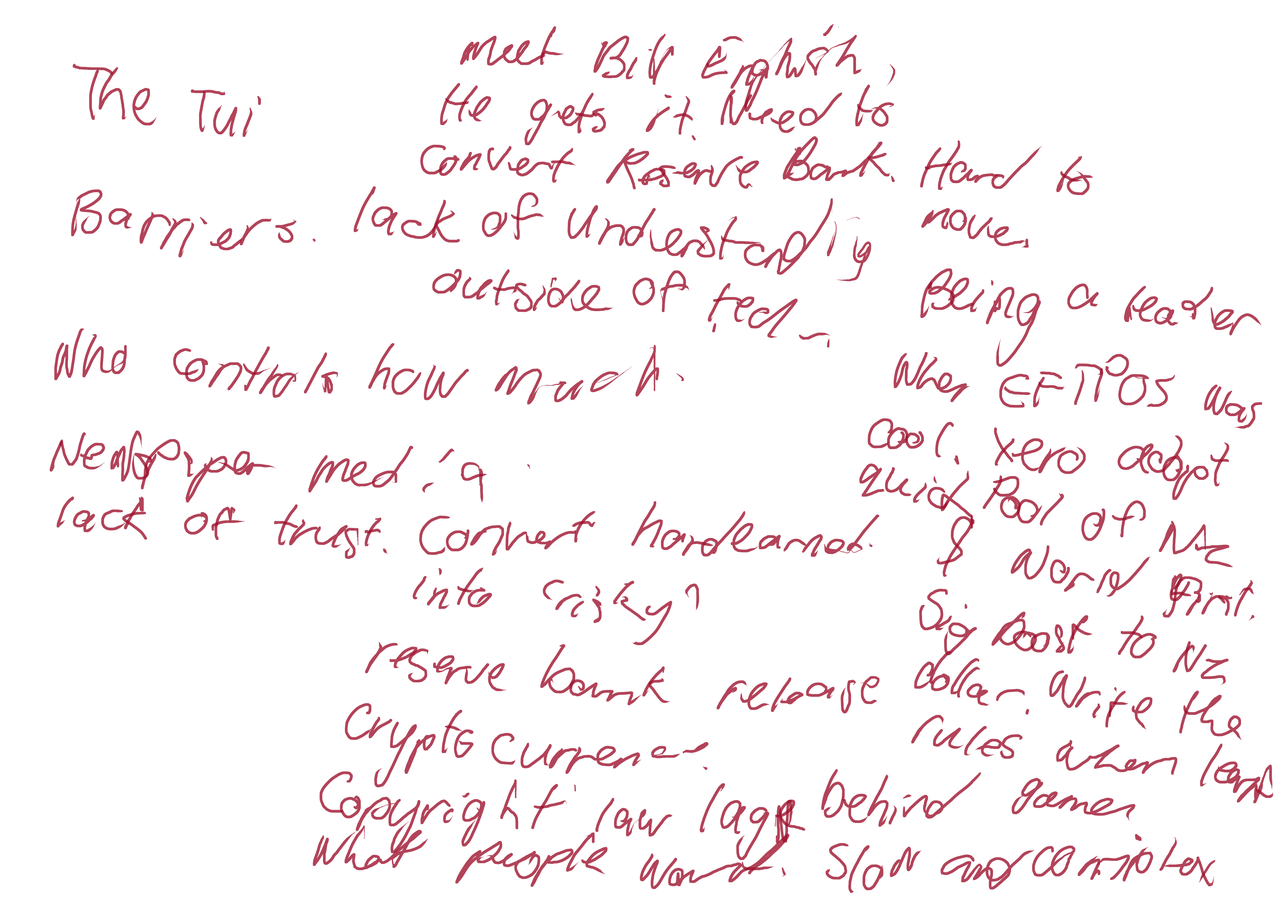 Grant Anderson presented on "The case for a NZ Gov backed digital currency". The Tui is the name he has proposed. 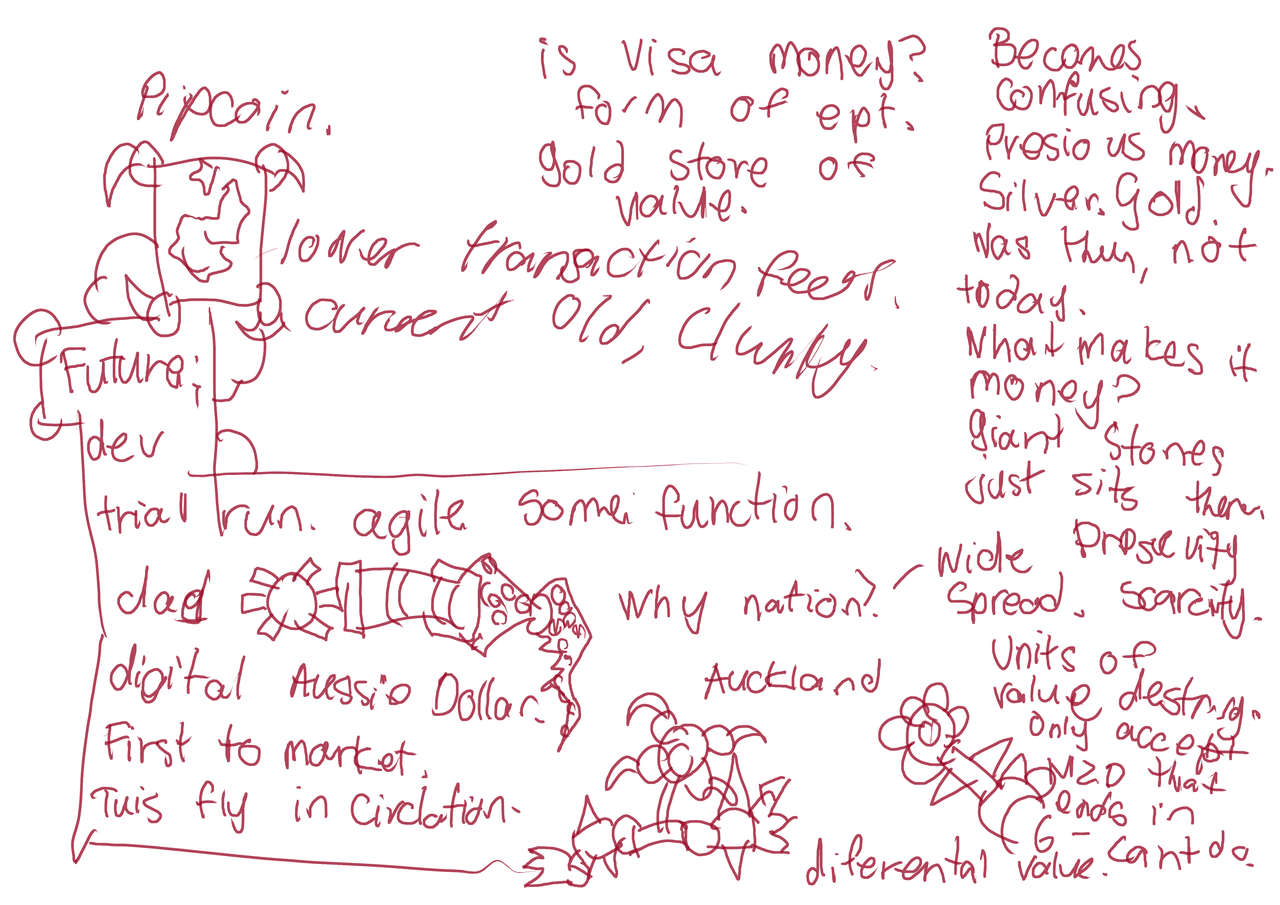 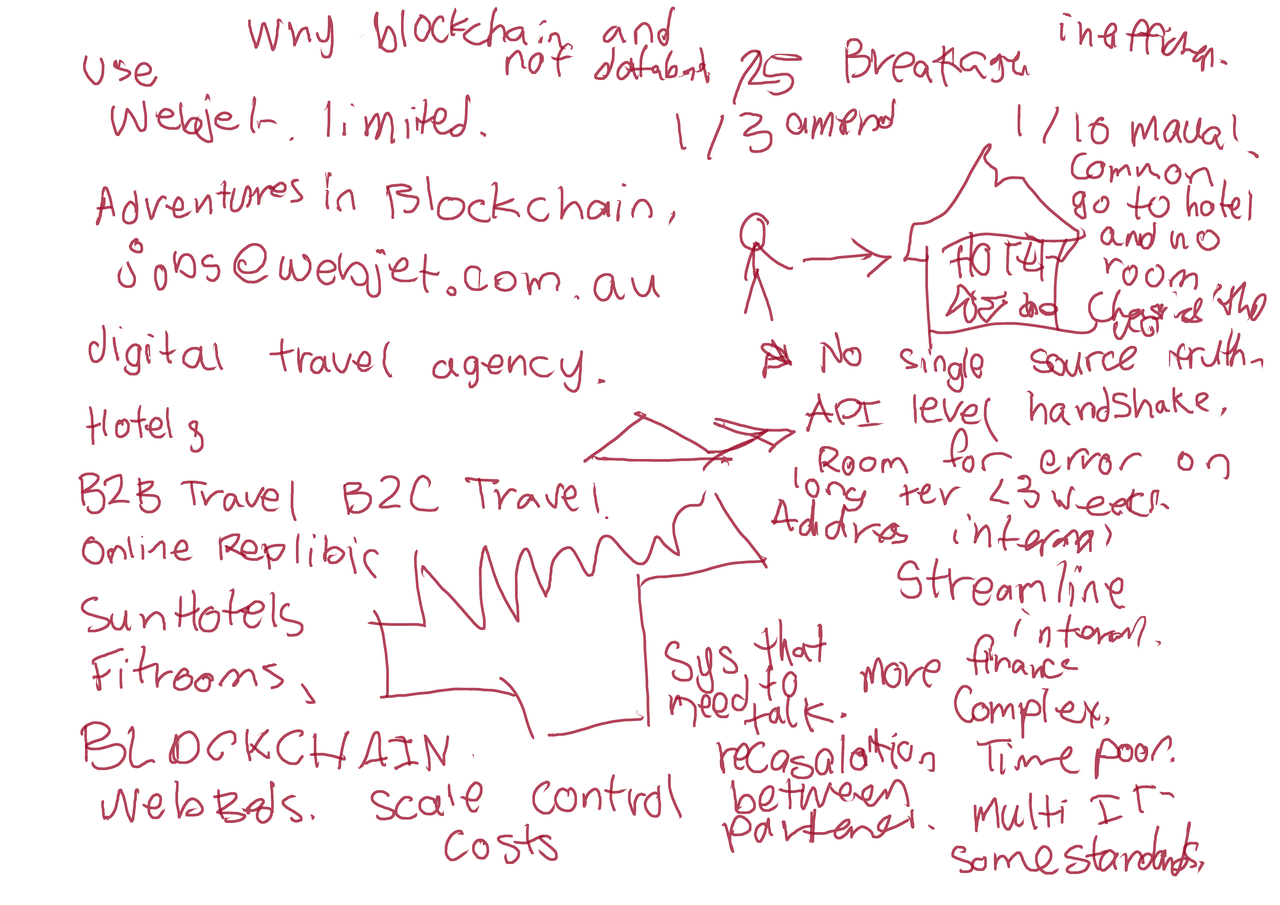 Two from Webjet presented on what they have been doing with Blockchain. It was interested to see the different stages that they are working through. Portrait on the bottom left! 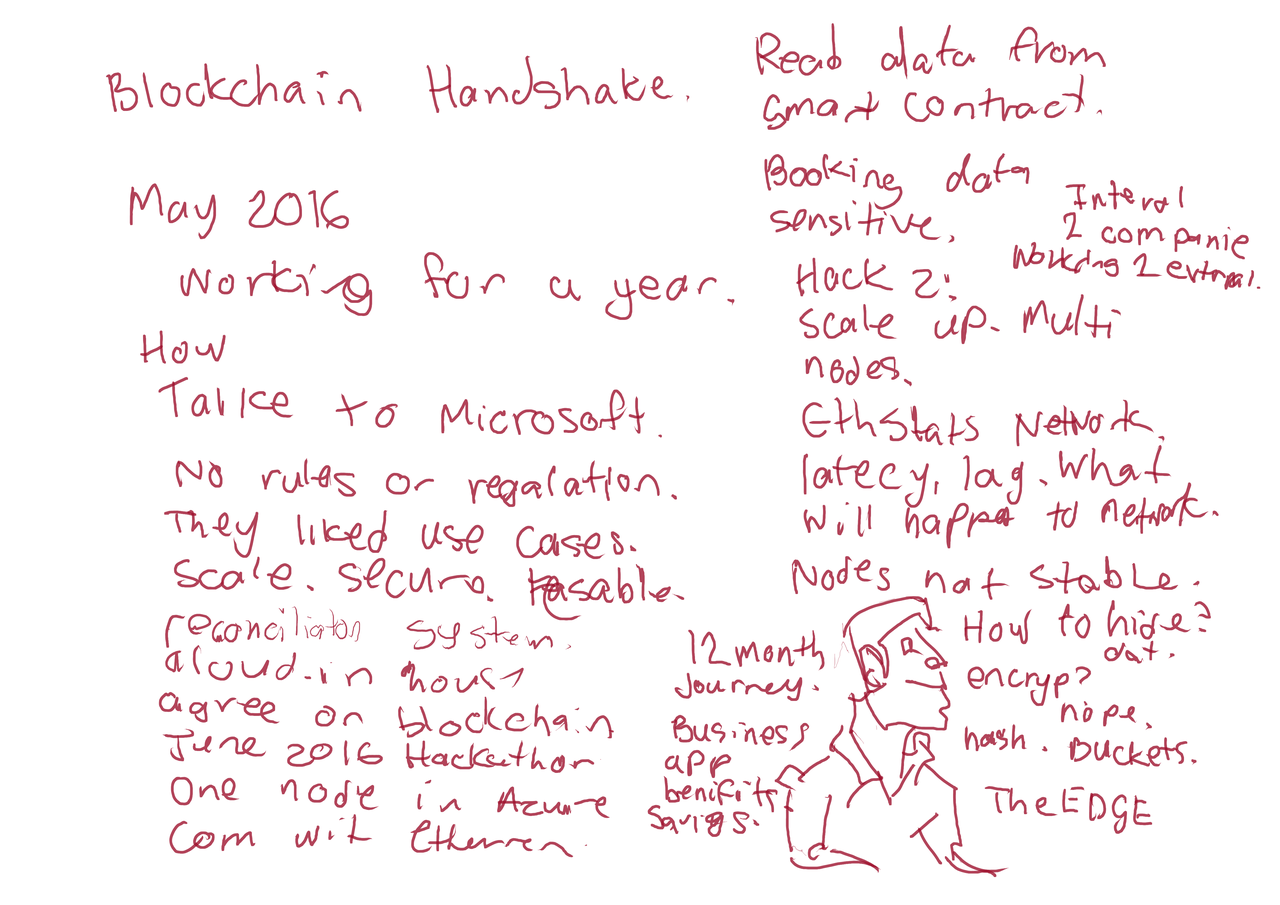 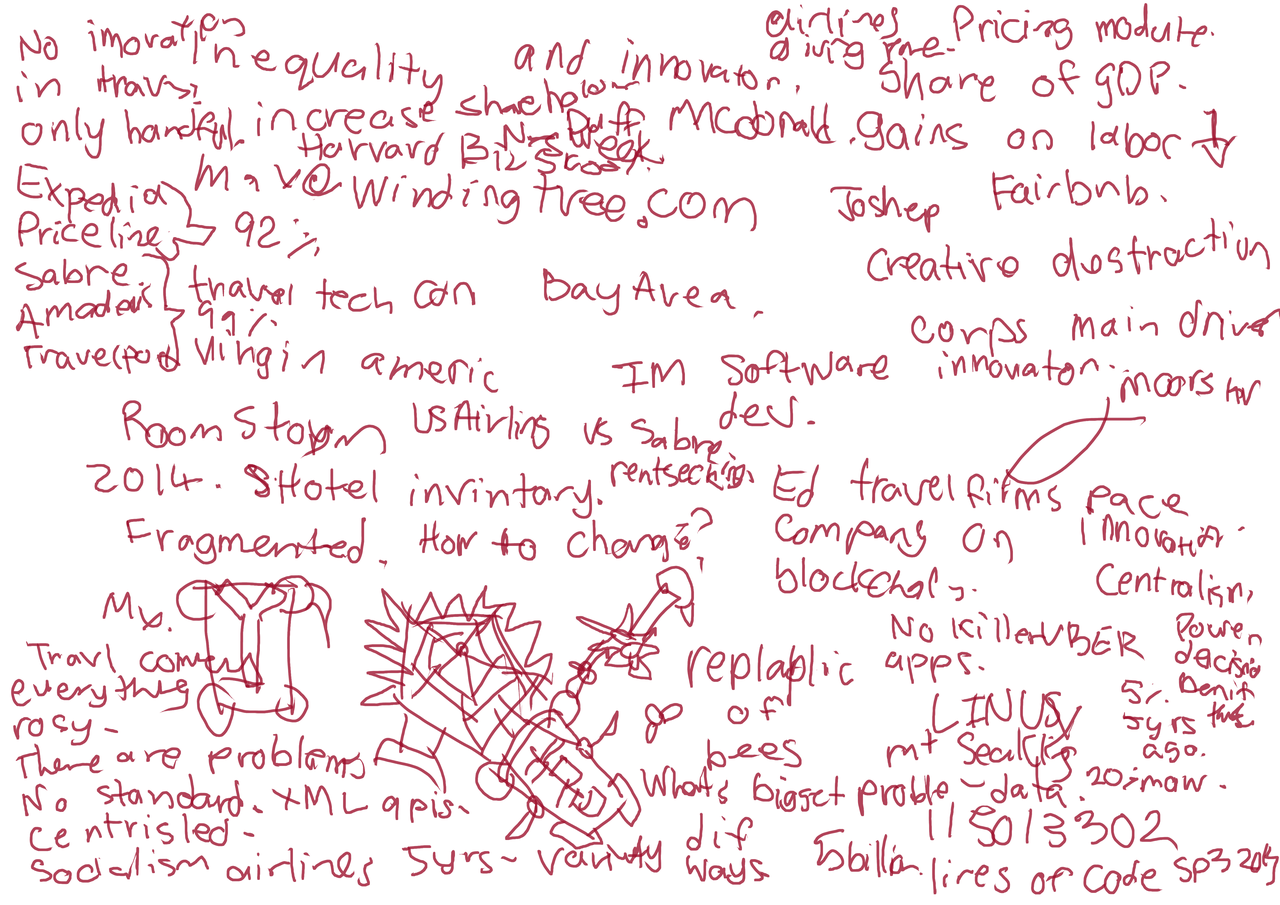 Maksim Izmaylov talked on "Inequality and innovation in the Blockchain Era". He spoke directly followed the guys from Webjet and it flowed on perfectly. He was able to build and add to elements that Webjet had spoken about. 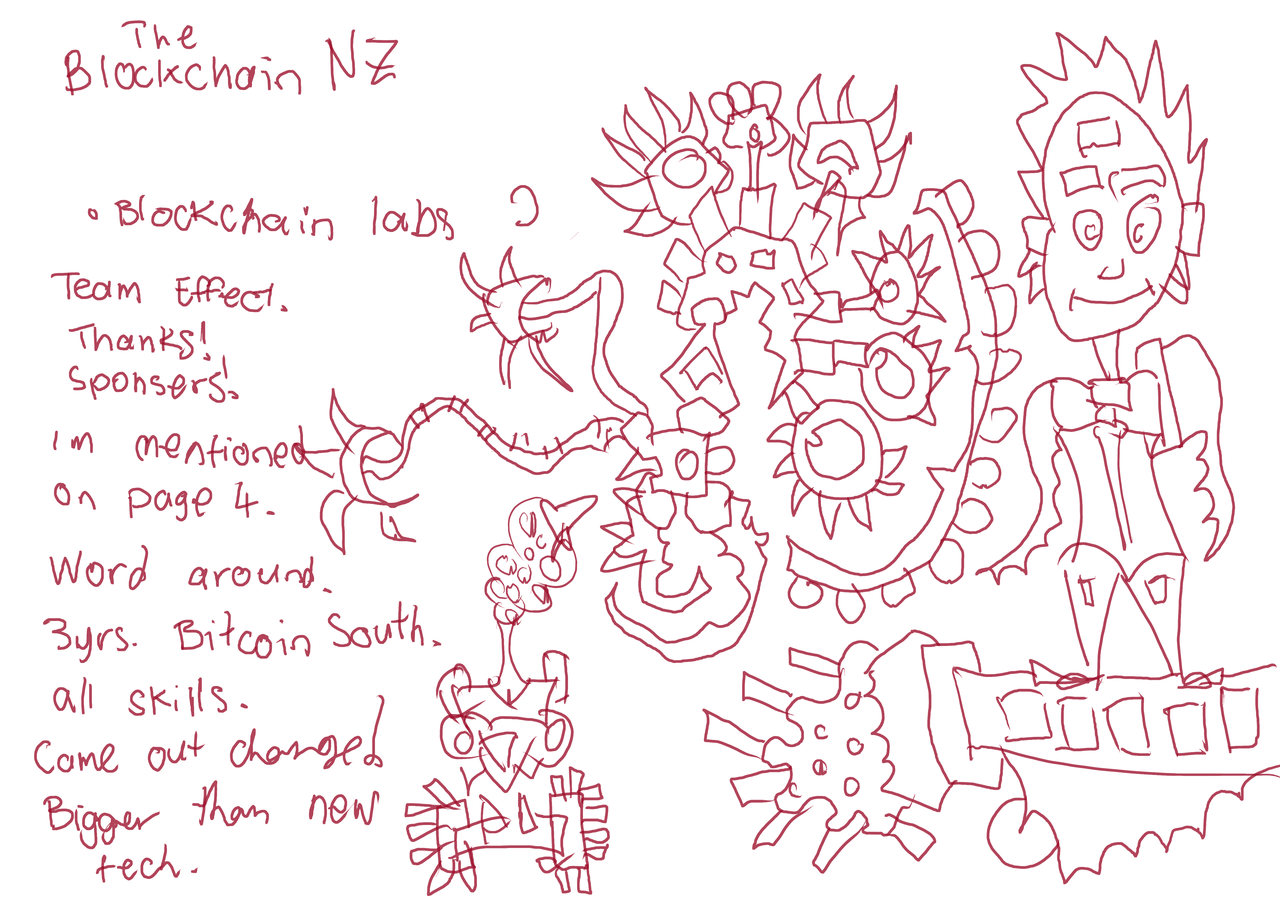