Today has been a bad day. I have an awful headache and feeling sick. I've managed to half finish a painting (just have the color to do). I am broke if anyone would care to donate. Web-hosting renew is happening at the start of March so somewhat worried. The ads on the sites aren't making me anything, sites barely get any traffic, but I stopped worrying about low traffic years ago, I make the site, art, and write for myself. If anyone wants art let me know, I'll do it for cheap. I like working from photographs. Another color painting from Tuesday. This one was for RedditGetsDrawn: 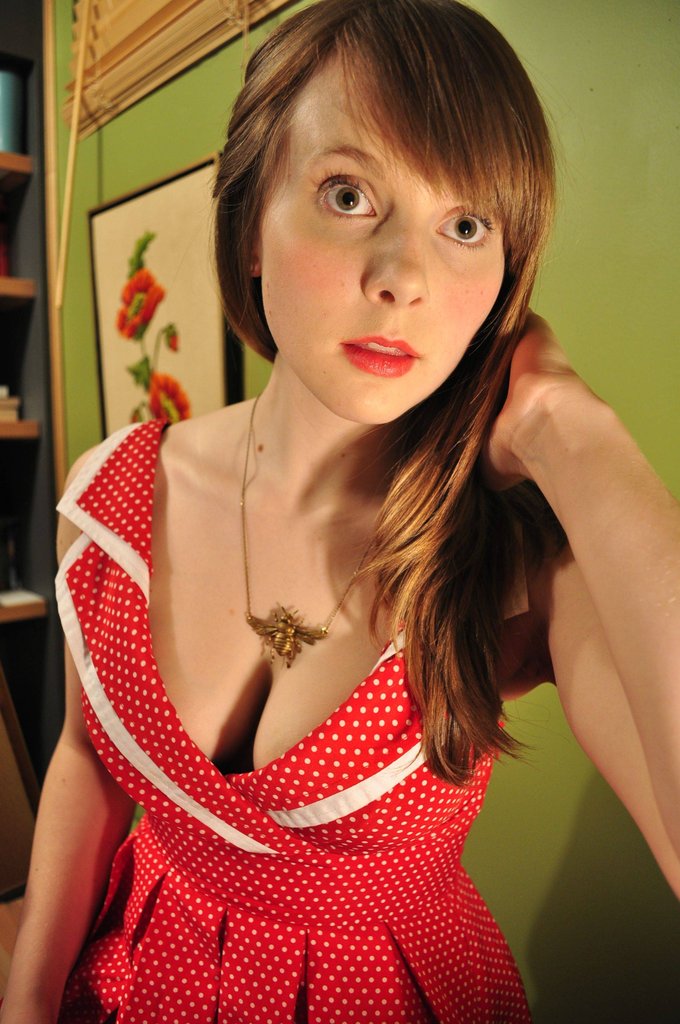 Lovely photo, clear, and crisp. I would of preferred a full figure (don't get to practice legs often). At least I get the waist and part of the arms. I took notice of the flower painting in the background. Bookshelf was ignored. 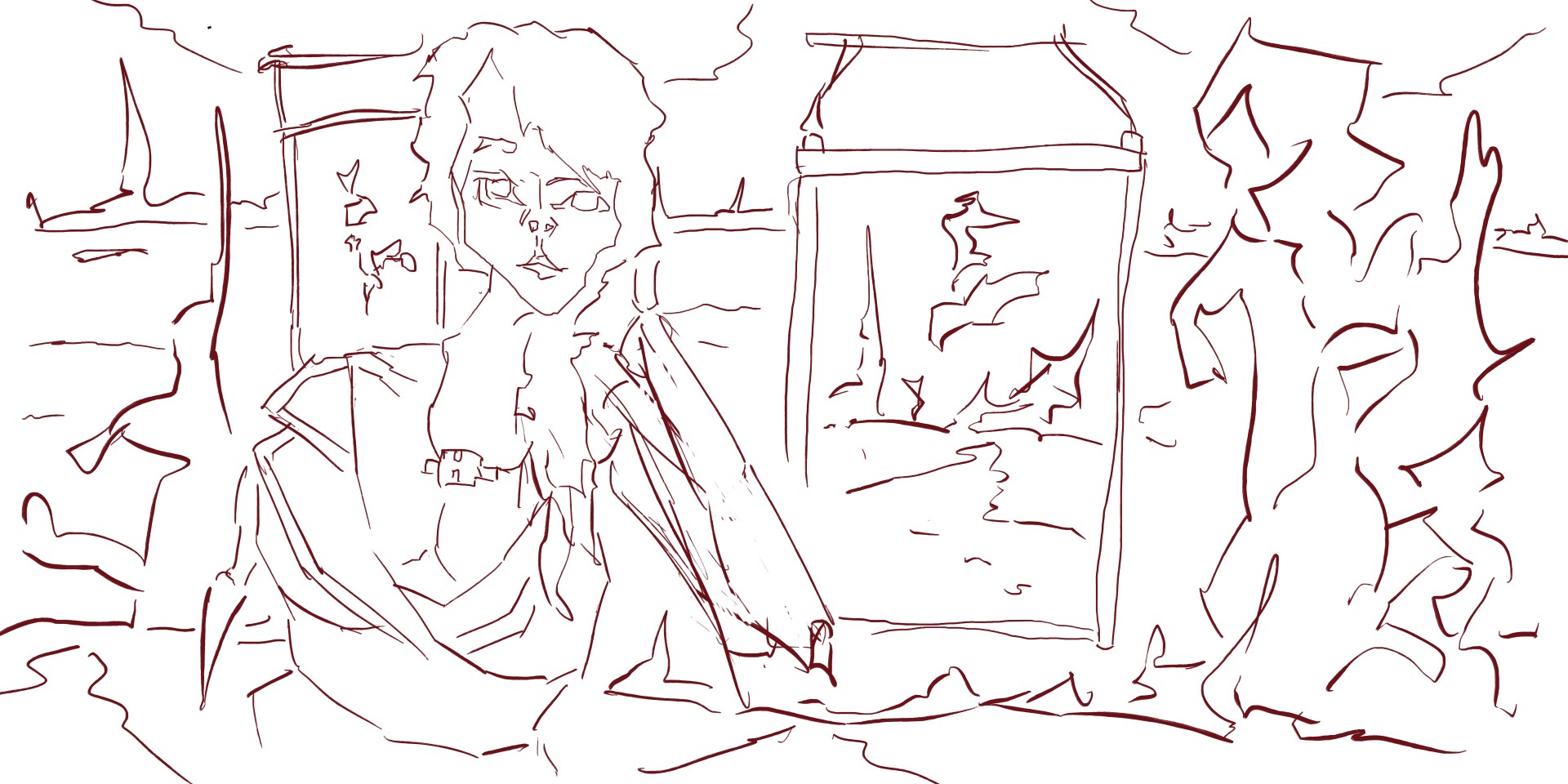 Line. I developed the flower painting multiply times and spread it around the work - in the background I also made the usual spiky pillars of land. For the figure I worked off the reference mostly but had to make up the elbow, It took several lines to make it right. 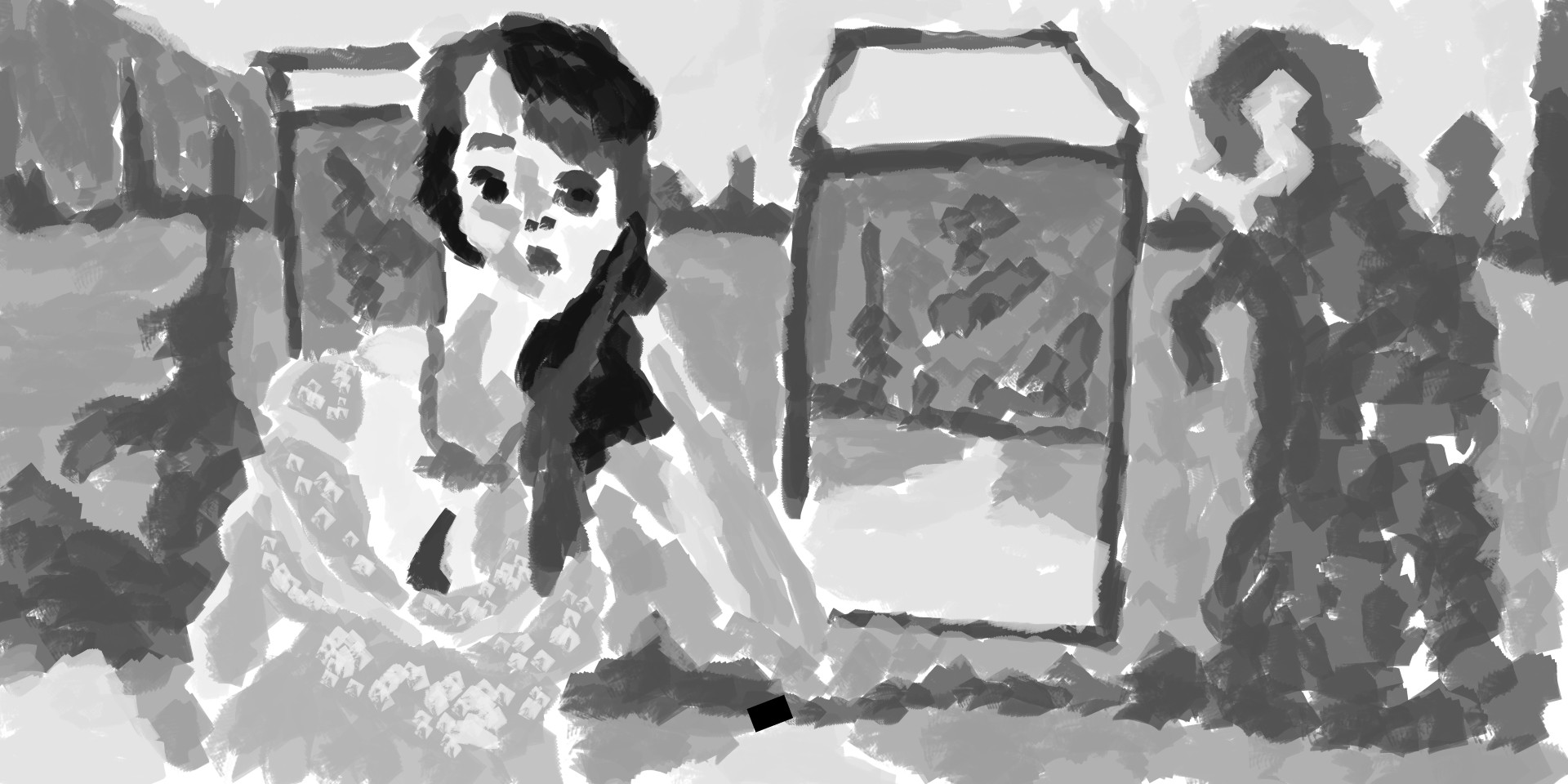 Tone. For her dress I used a dot effect for the white highlights.Painting the figure is alright, but the area I enjoyed the most is the environment. It's all imagination  I really should be using reference photos for it. I used a reference photo for another work I did yesterday - a cityscape. I'll upload this work later. Alright, onto the color layer now - 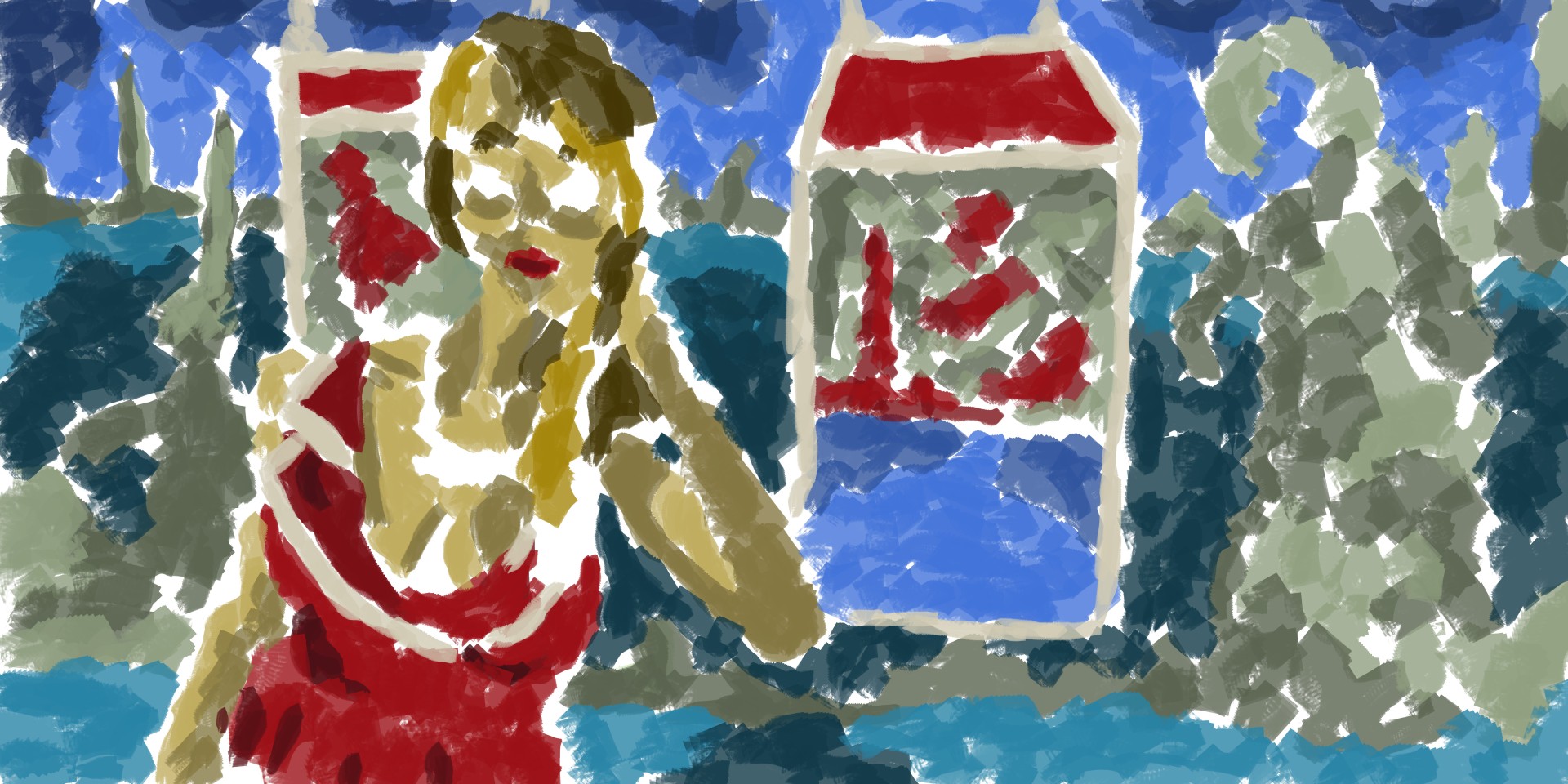 Color. I used a new red for her dress and the land in the paintings on the wall. It is similar to the red in the reference photo dress. For the sky and water (in the painting on the wall) I used the blue I often use. The floor has a new blue - turquoise even. Something different to work with. Often when I start using new colors they develop into my other paintings. I need more color though, and to not fear introducing new ones into the paintings. I've done it here though! New color! For the land in the distance I used the usual green that I use in the paintings - this is usually used for the floor -  I use it to create a water. 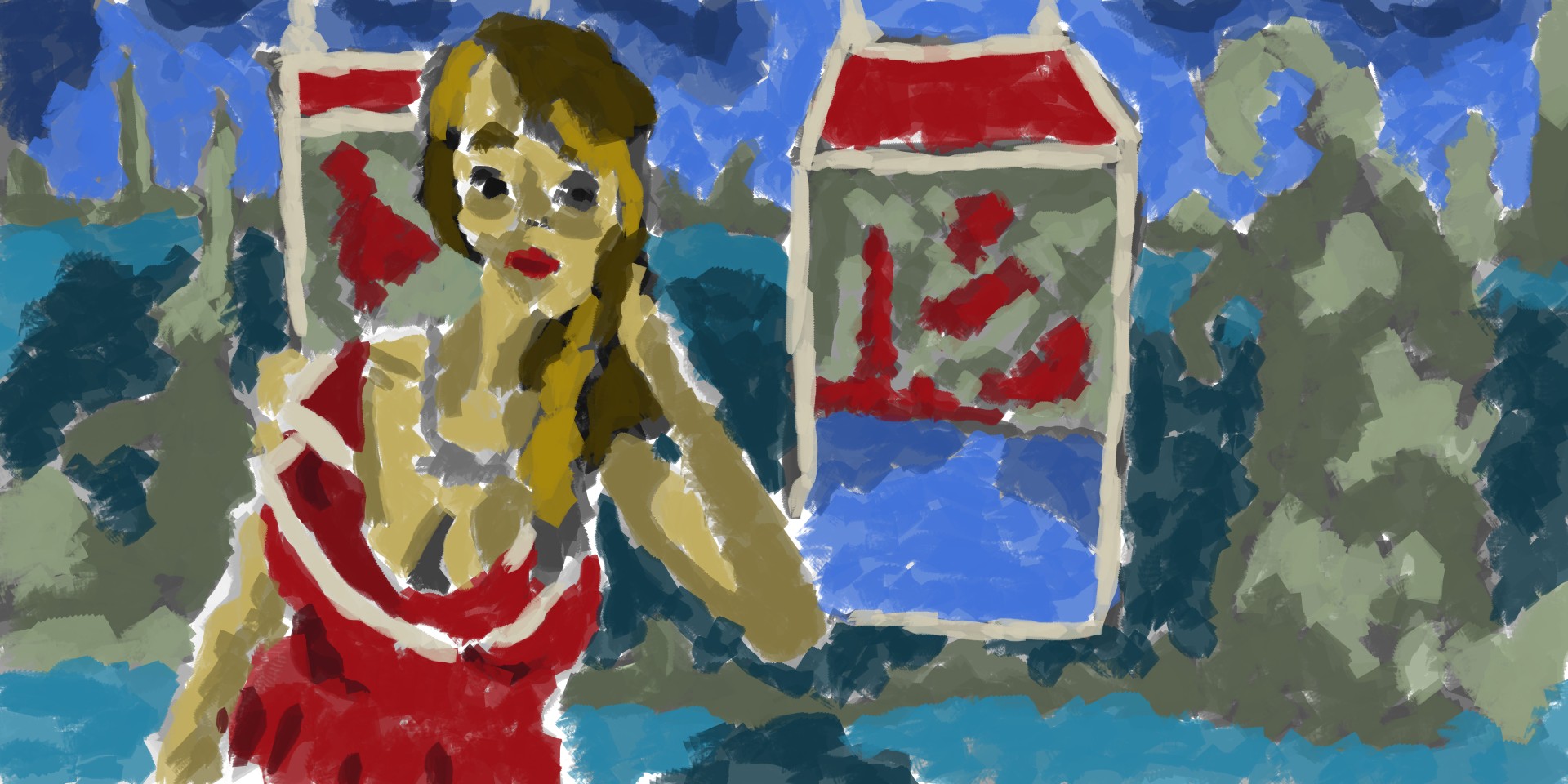 Mix of the tone and color layer. As I said in the previous post - It feels finished. I hope you have enjoyed this post. I aim to keep bringing you regular artwork.