Another Blender update. It's addicting, what can I say. I worked with a model I had previously made - I just reanimated and textured. I added two walking stick objects - they turned into a weapon object. 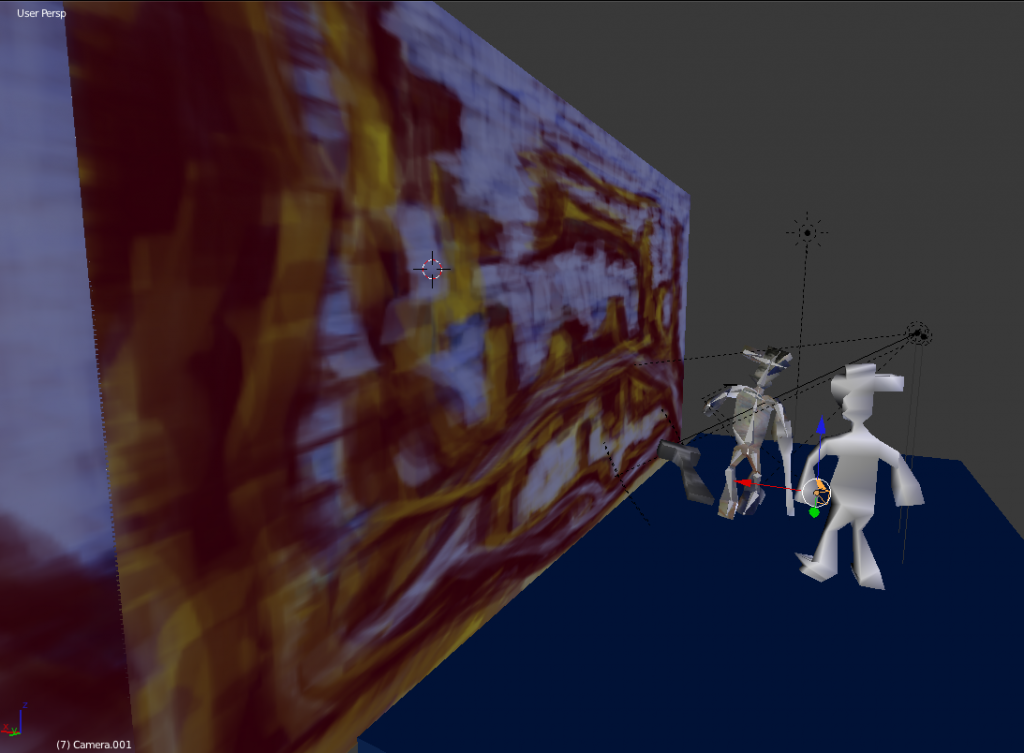 Heres a shot of the scene. I repeated the throwing and walk cycle three times. With the 2nd model I animated it to blink around the scene. 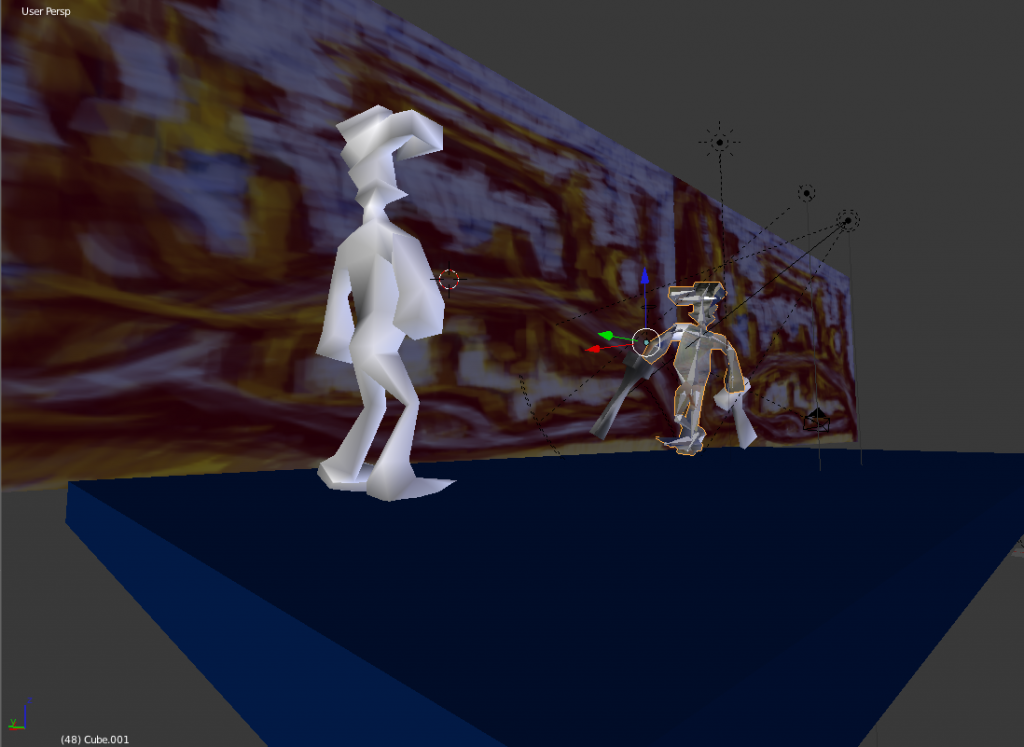 Another view of the scene. Nothing special with lighting - just a basic sun light to light the overall scene and a spot focusing on the character walking. You can see these two lights and the direction in these two screenshots. Finally, here's the video of the animation. One thing I forgot to mention - I've been working towards creating a seamless shot that starts in the same place it leaves. Basically creating a walk cycle with the whole scene - Making the background move forward was an attempt of this. I'll keep working on creating this.