Here are the drawings for the past few weeks. I took my drawing gear out to a cafe and to cronulla, but mostly been drawing from home and with no reference. 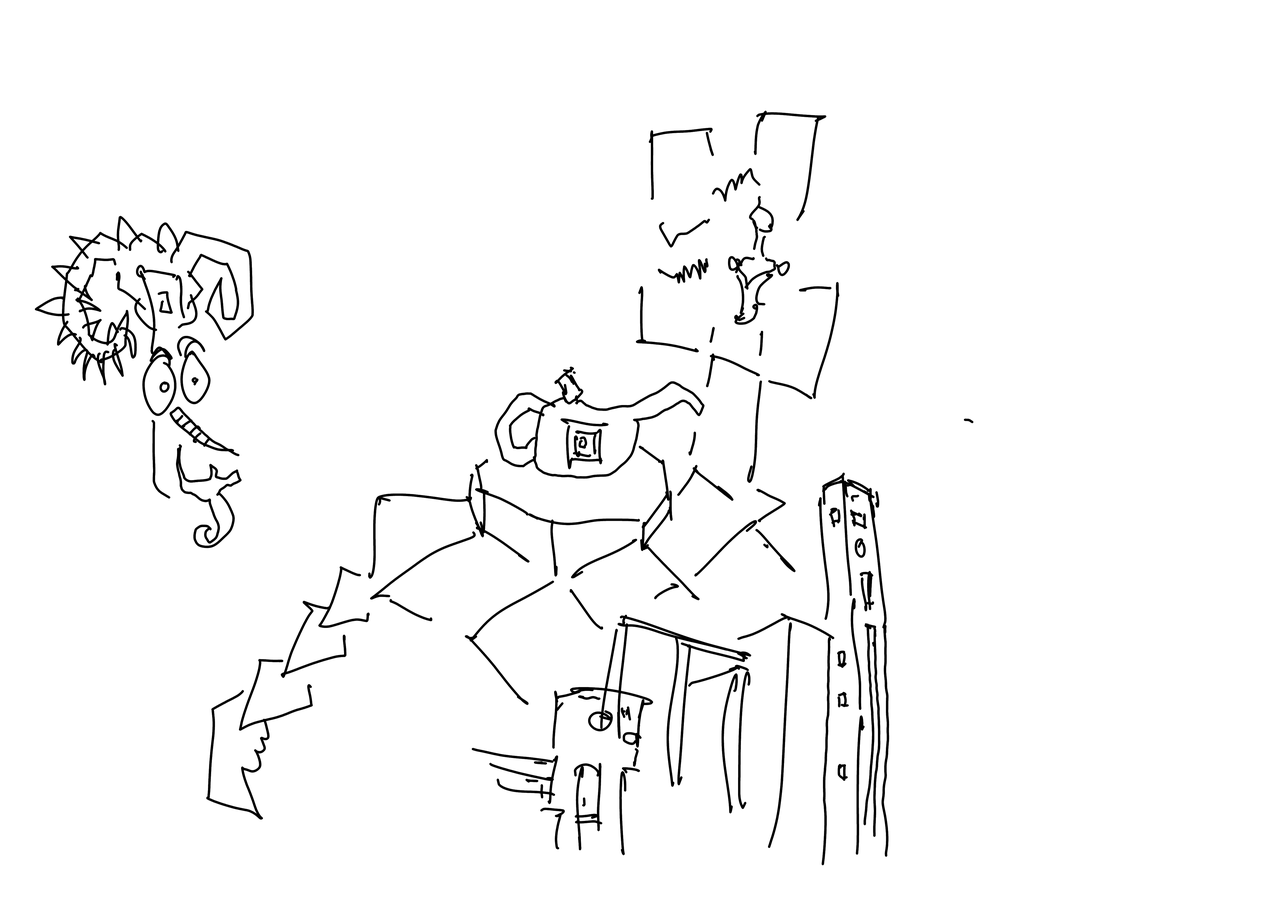 This was drawn in Cronulla. It's one of my favourite spots to draw - just sitting on the bench and looking out over the water and building. The focus on this is the buildings though. 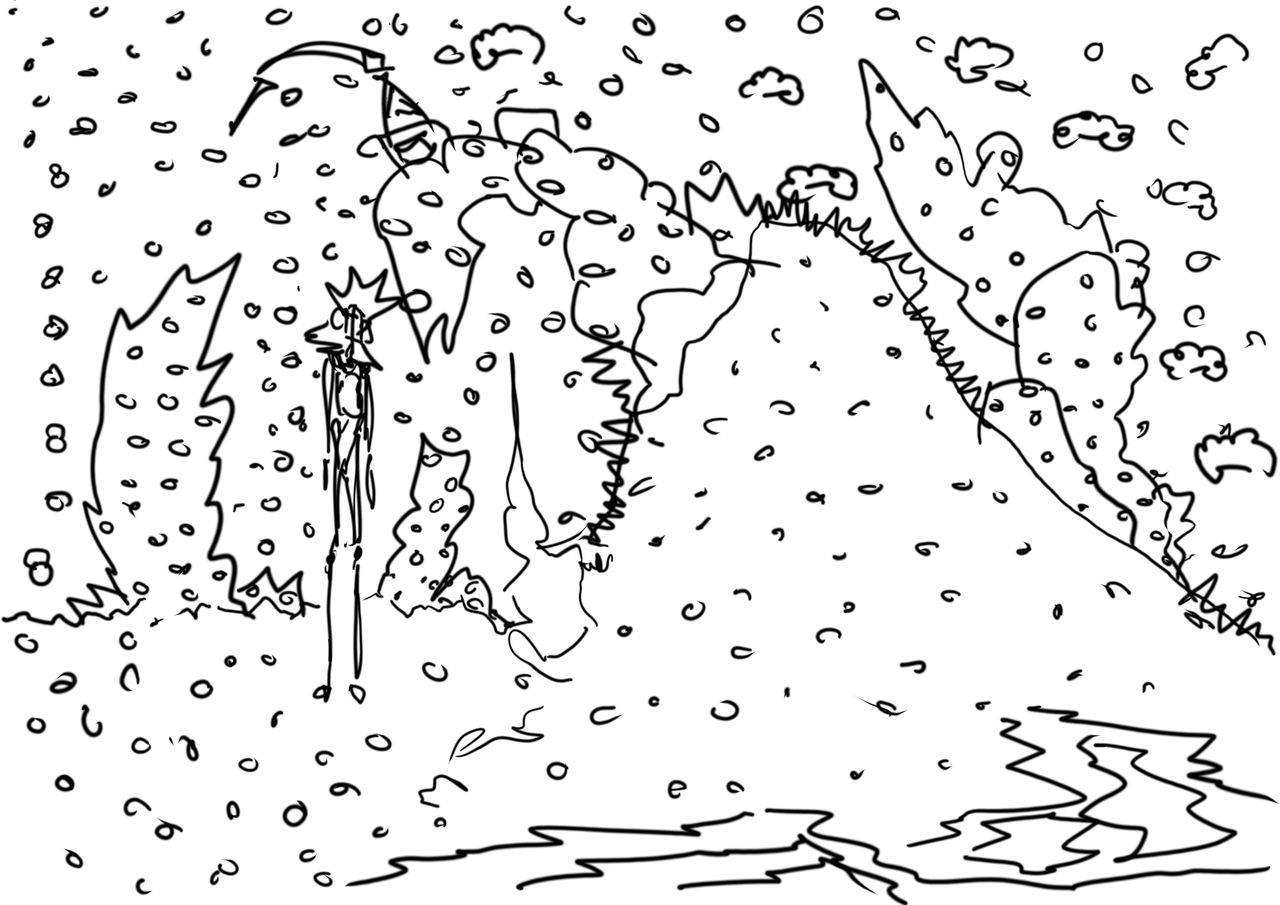 A skinny tall character with lots of circles. More than usual (though there are a few clouds in the sky). 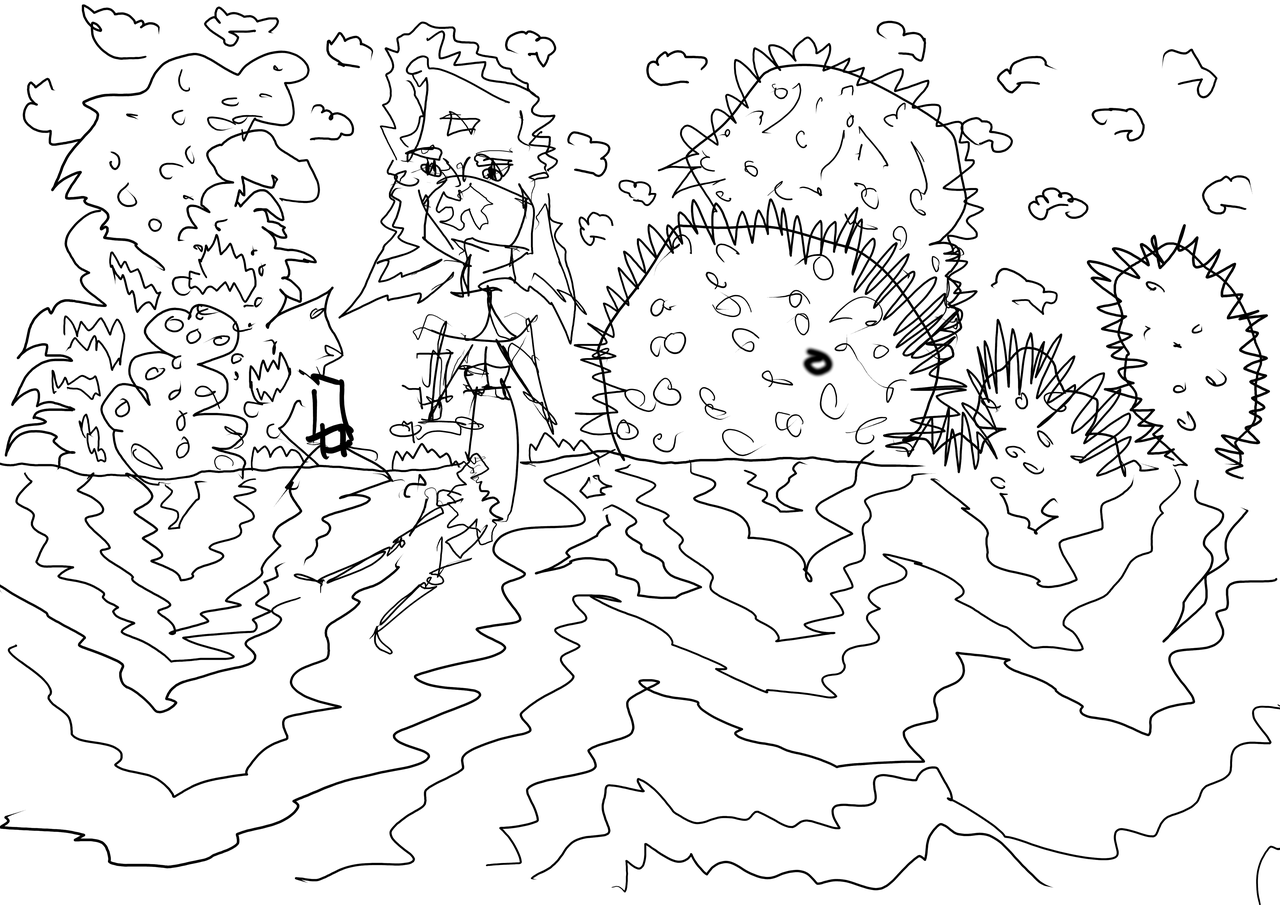 Masks are all the rage. I have 50. The character is wearing a mask. Clouds in the sky, spikes on the mountains. Water in the foreground. There are a circles inside the mountains. 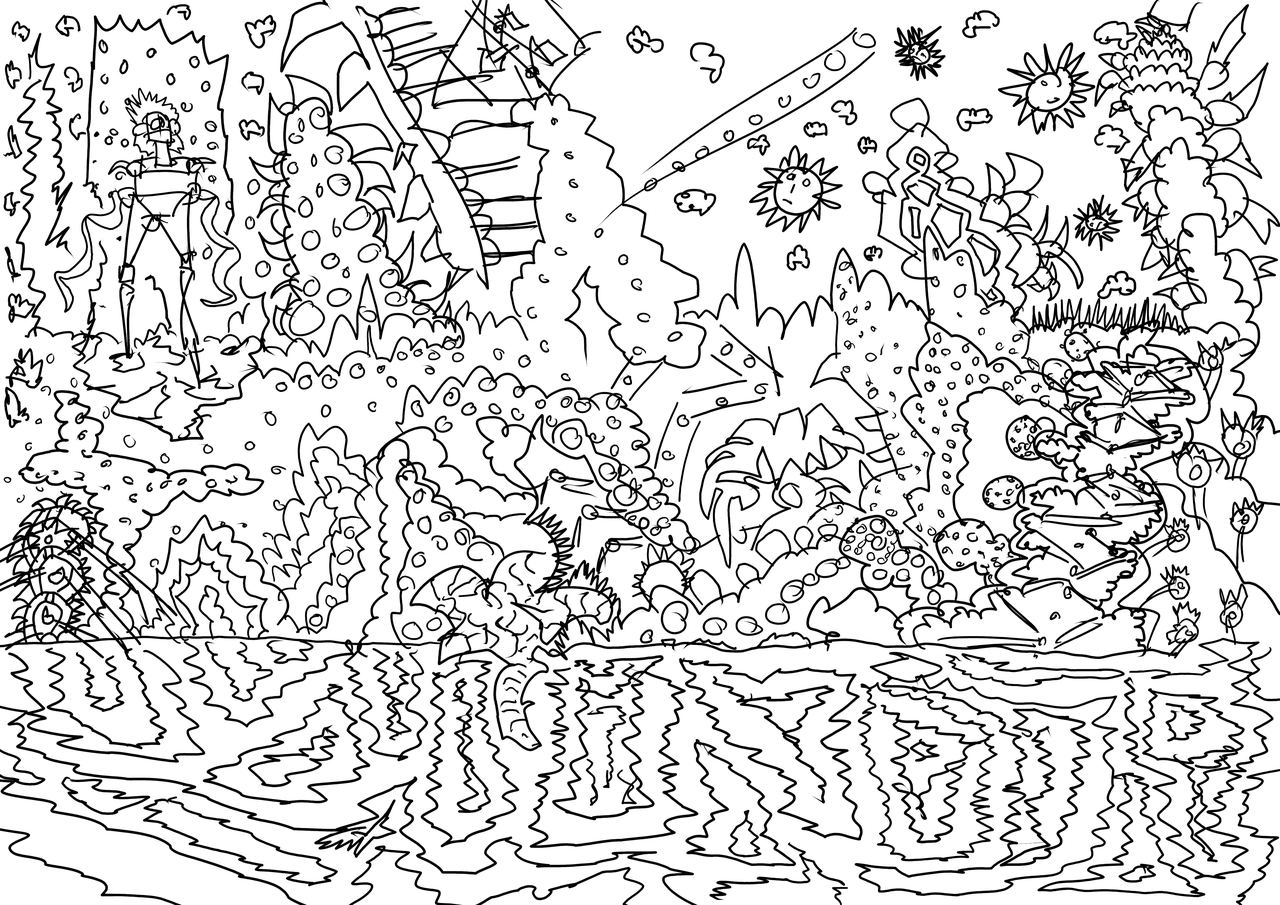 Faces on the few suns in the sky. 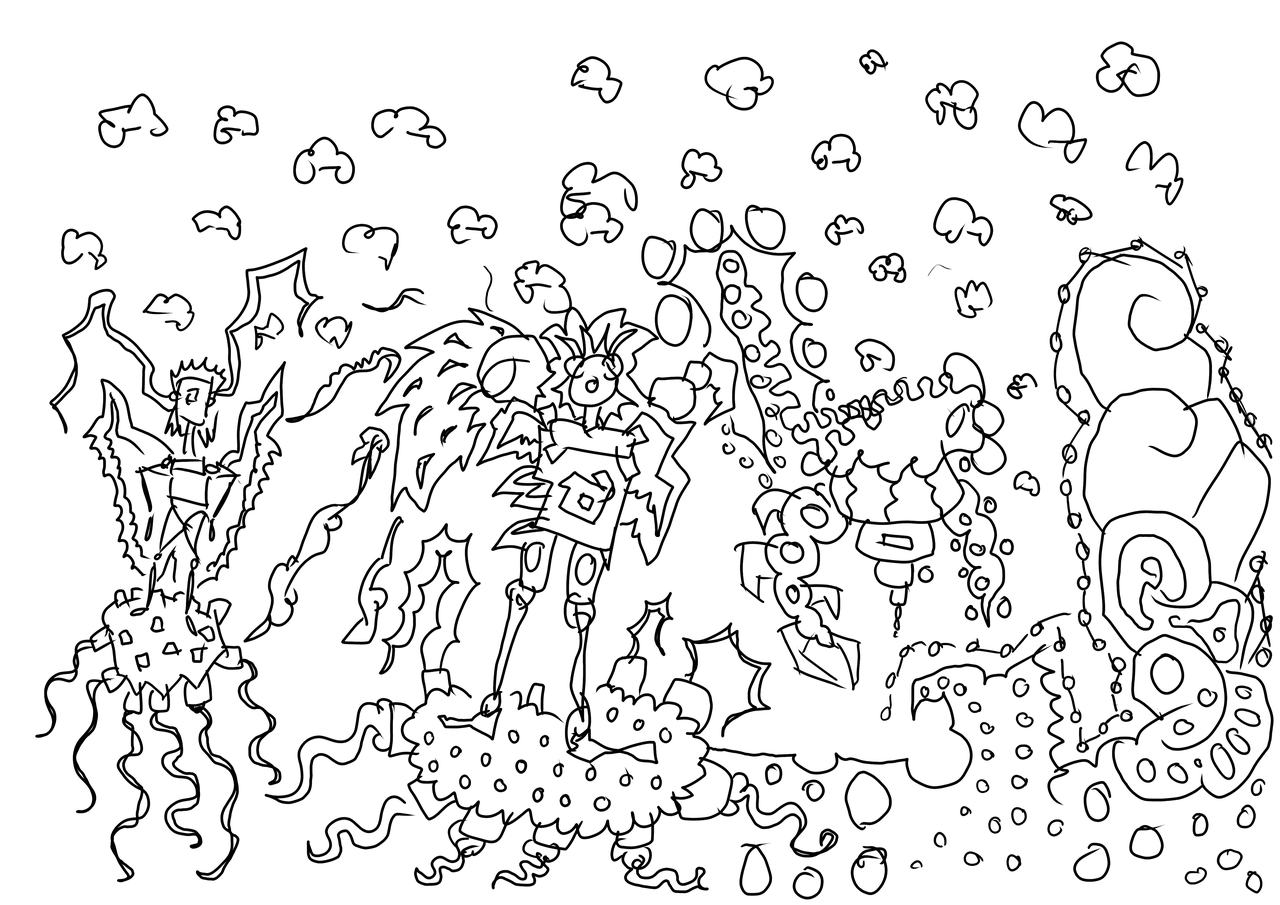 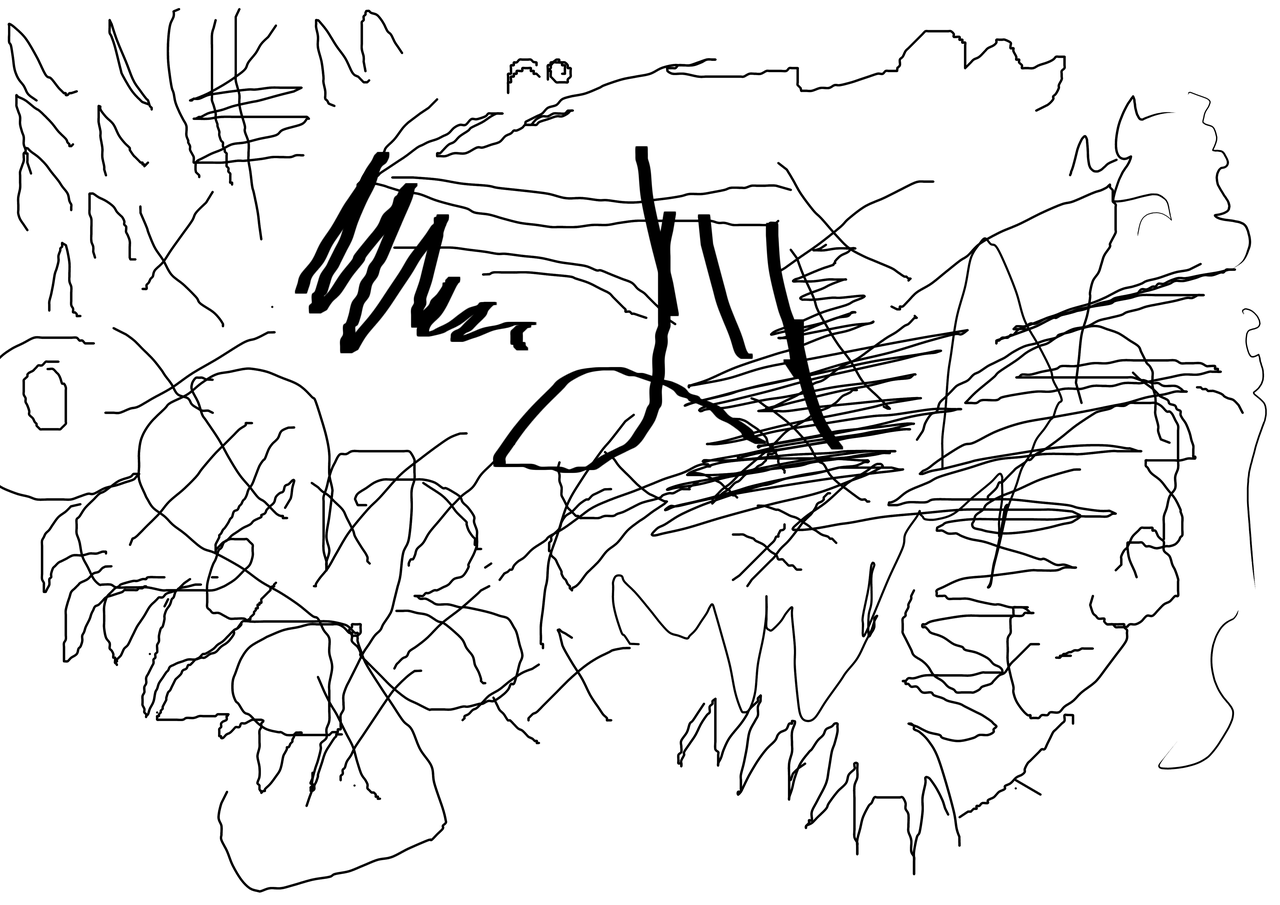 This was setup of gimp on the pi - no thick to thin stroke. 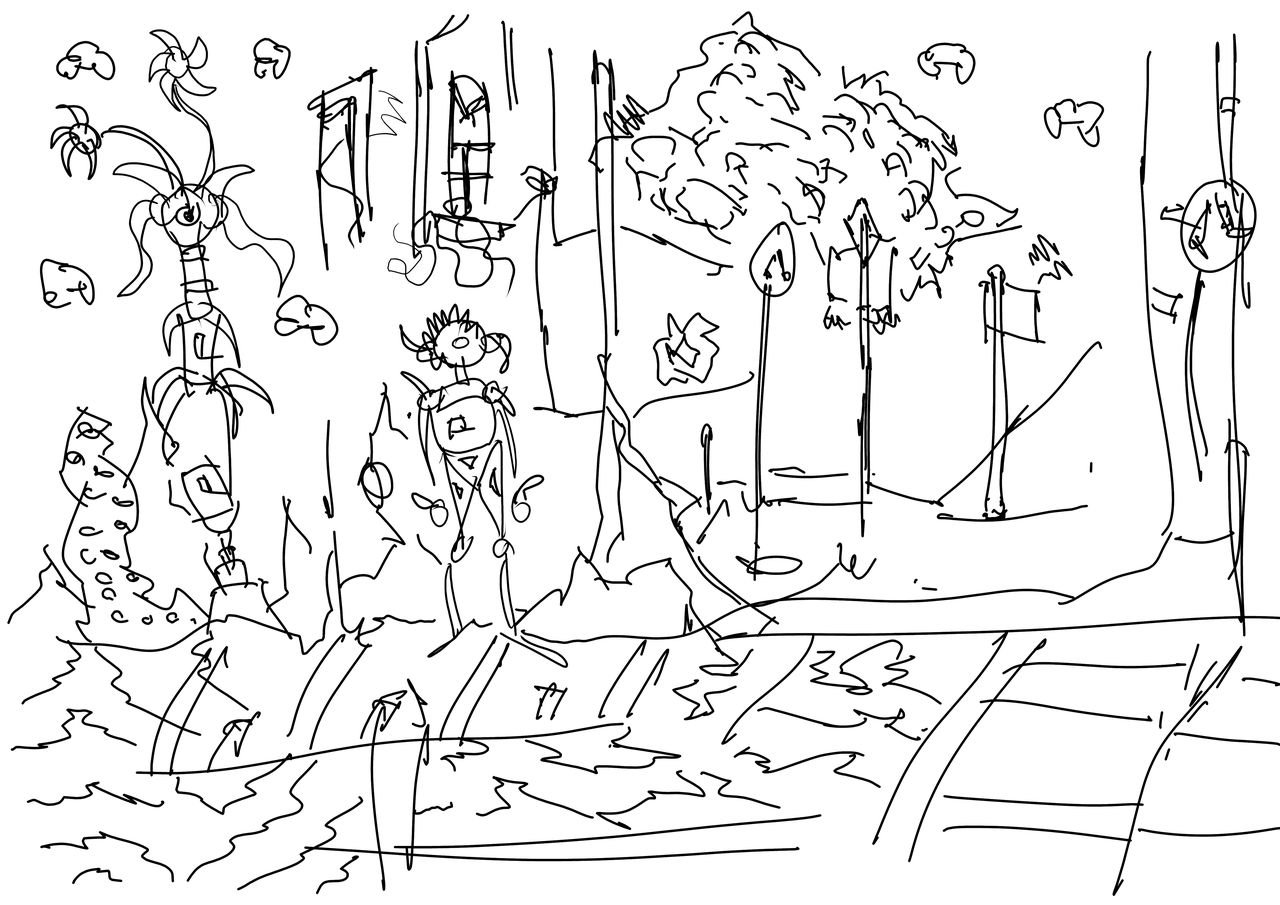 Drawn outside a cafe in Penshurt. It is mostly of the street signs, and buildings. Ended up diverting from the scene and adding a character and water. 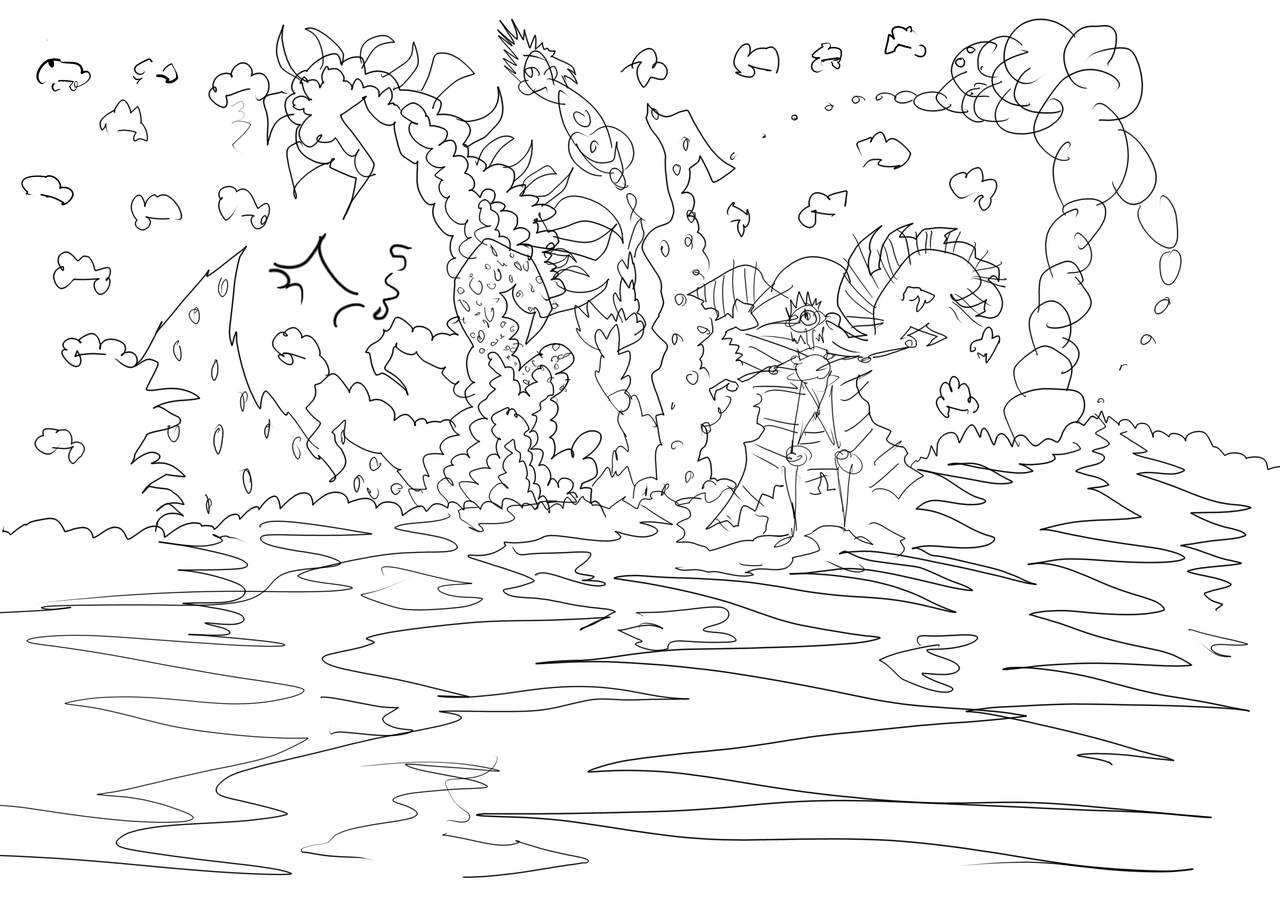 A character with wings. 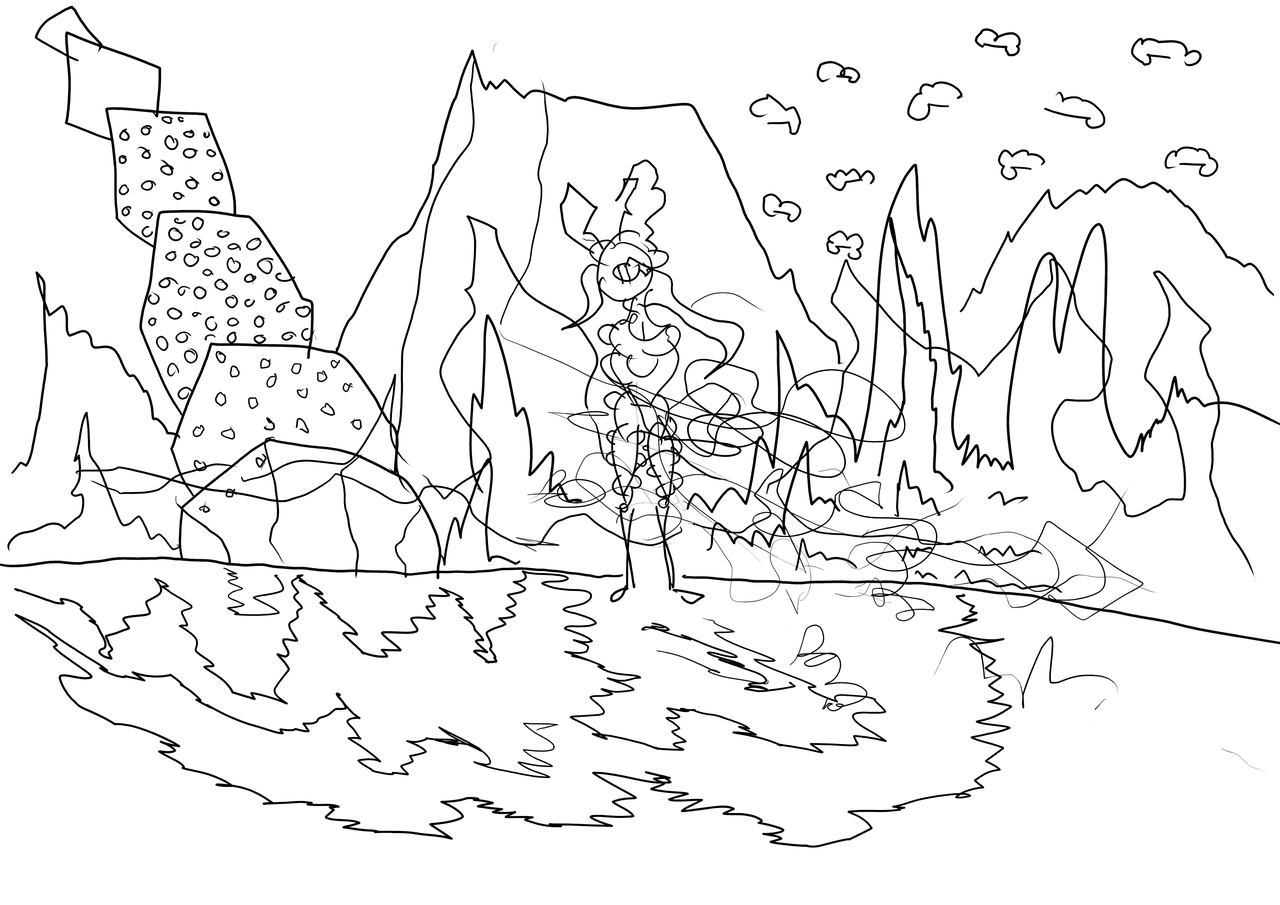 A character in the middle with lots of squiggles around it. 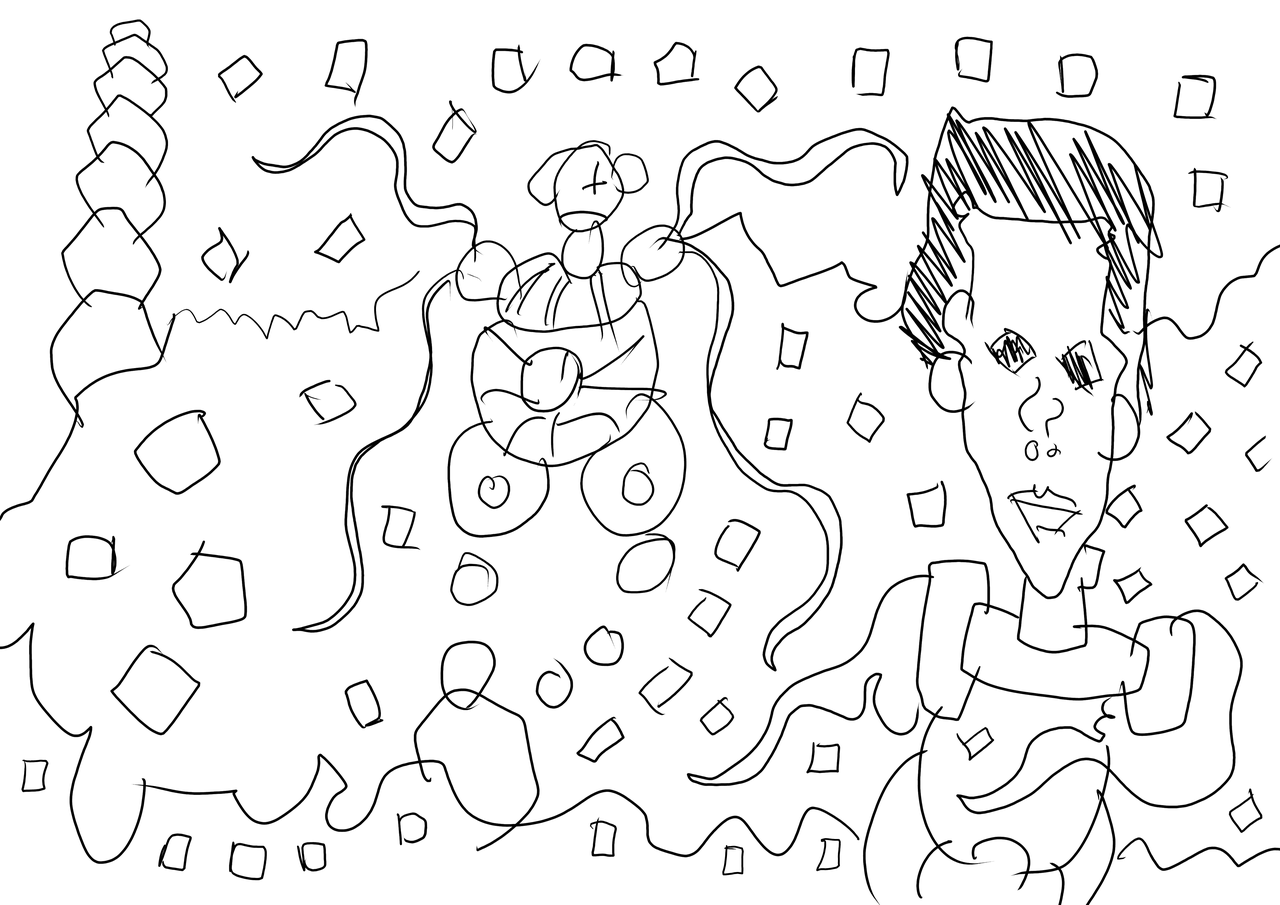 A portrait of a character on the right. 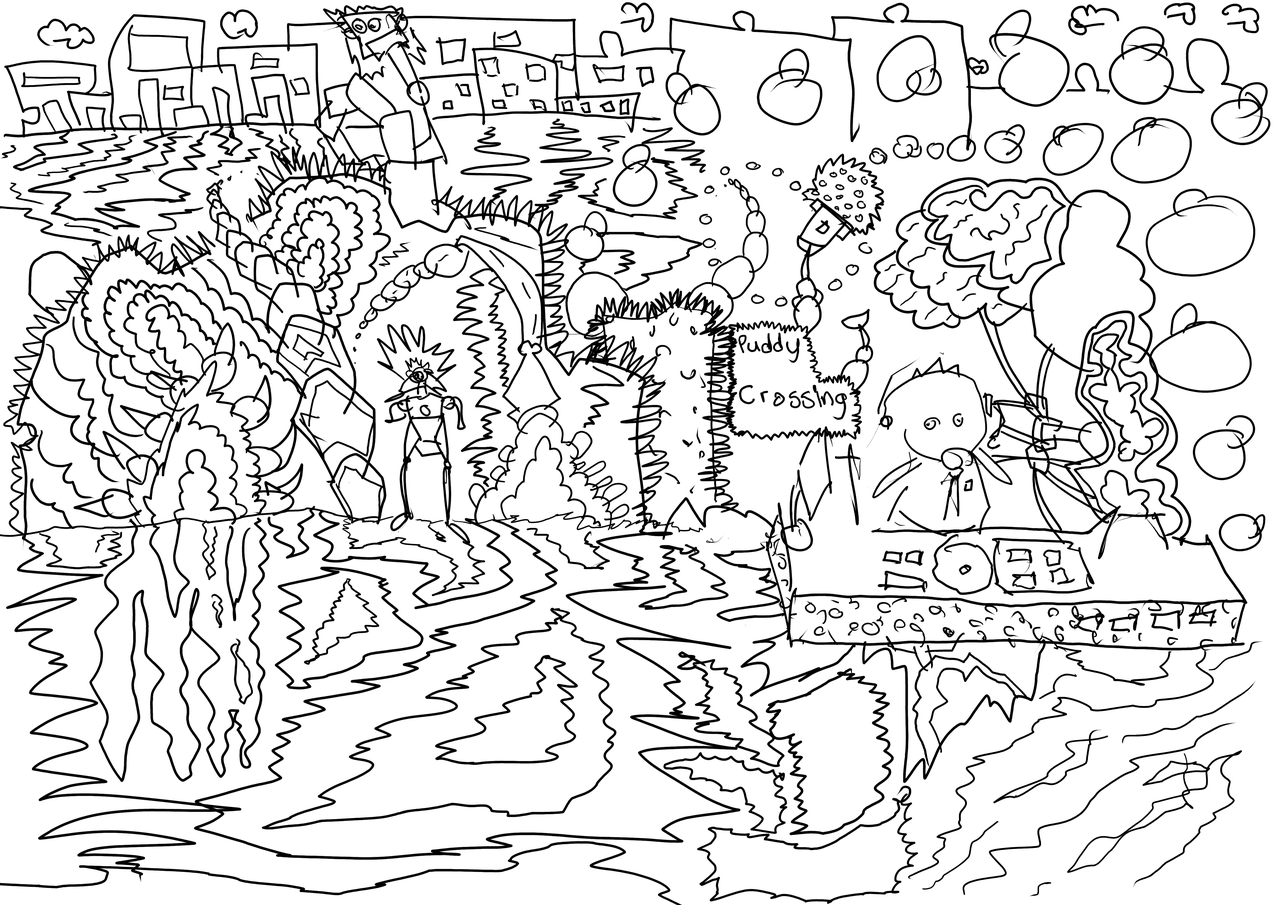 A character from Animal Crossing on the right.