So Diablo 3 came out the other week. In the past I've rushed to buy Blizzard games. Except for Starcraft 2 I've basically got them on release date. Blizzard use to be my favourite game company. But several years ago Blizzard was sold to Activision. From there the creativity and inovasion in games have gone down. They are no longer ahead of the game. I could buy Diablo 3. I want to play it. But the cost is too much. In New Zealand I'm forced to pay 80 AUD for the game. That comes to around 102 dollars in NZD. I don't know about you, but one hundard dollars is alot to spend on a online only, downloadable game. How much would I pay for it? Between 30 and 50 dollars I'll buy it. Make it 30 USD and I'll buy it right now. Hell - for that price I'll buy a second copy for my sister or brother. So they lost me. Due to that price. There is another game. Path of Exile. Made in New Zealand. It's currently in closed beta but I went ahead and paid fifteen USD for access to the beta. Path of Exile will be free to play and there will be a store to buy trivial items - plus create different leagues (exciting to see where the leagues go!). It looks like Diablo 2 except with much better graphics. There is still lots to be impoved in the game. Characters need more animation. The player character is very static in their movements. I'd like to see more animation. For example when standing still  for a period of the character swings their weapon, or moves on the spot etc. I think this would create a more engaging character. 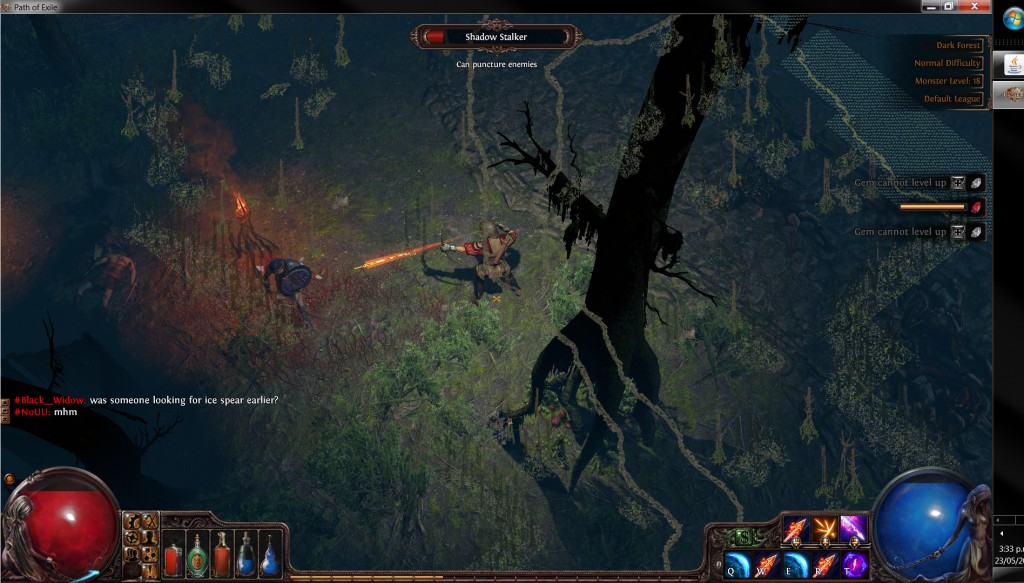 Monsters could be quicker at reacting. I found I could run though mobs and avoid damage due to their reaction time to be slow. This can only imporve as the developers work on it further. I like the passive skill tree. It works the same as Final Fantasy 10 with a large grid - able to go into any tree. This is much better then say Diablo 2 where you get to put stats in str/dex/magic etc... Path of Exile allows for far more custom in the character. The spell system works similar to Final Fantasy 7 with spells gaining experience with you. FF7 had one of the best magic systems I've seen in games so I'm glad they have gone this route. 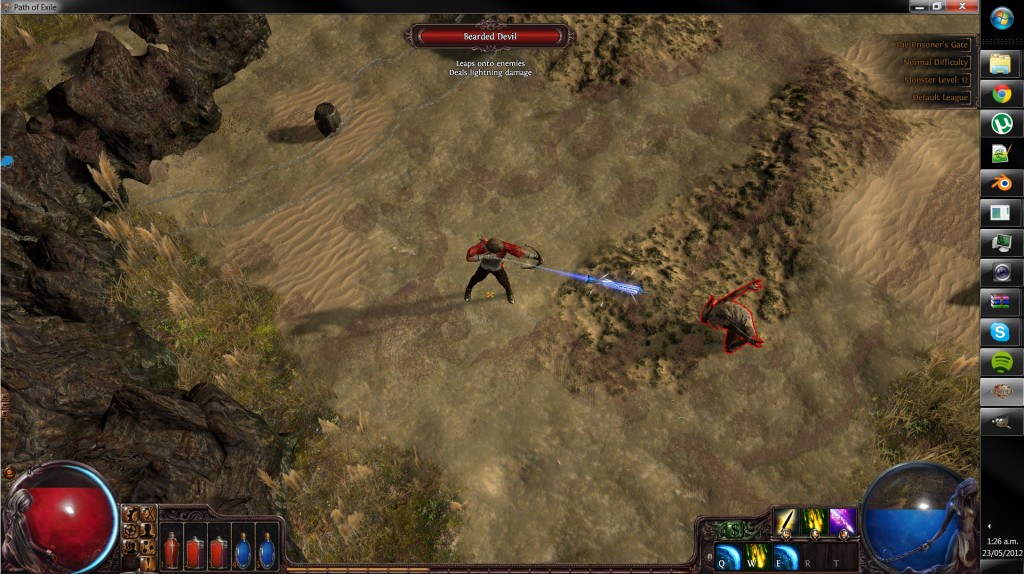 So there we have it Path of Exile. I suggest checking it. Open beta will be released soon I believe.