Instead of character focused SketchDaily works I've been focusing on environments ... done mostly with taking my sketches - inking and adding tone. I want to digitize the majority of my sketchbook works so using SketchDaily as motivation works. 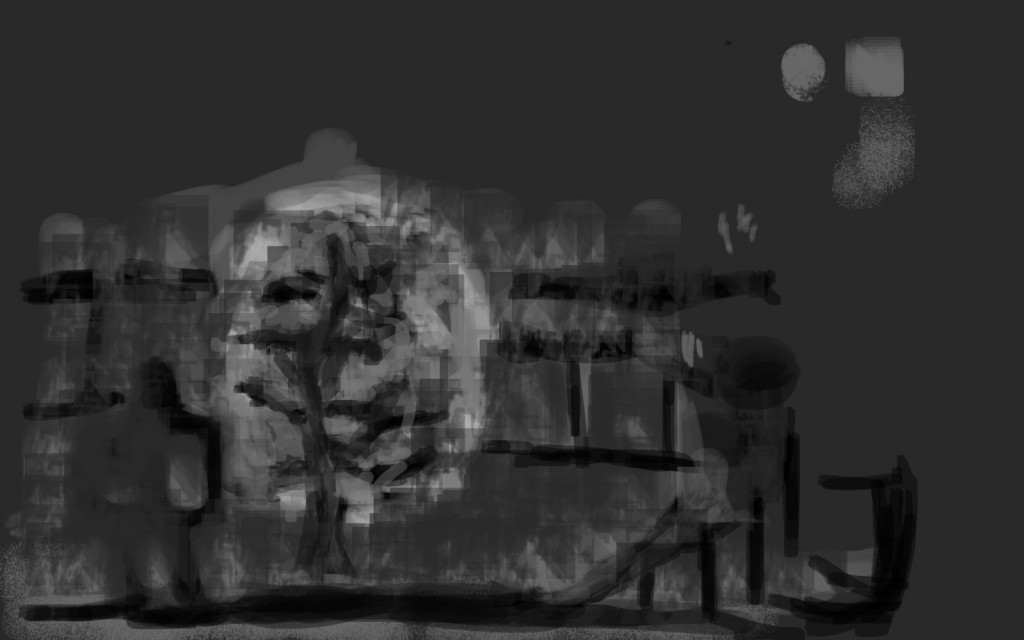 Day one of these works. The theme was Robots with an alternative being Moon. I started with a image of the moon and went from there. Instead of starting with painting the whole work I went with thumbnail drawings - something I must practice  As you can see in the video I had fun drawing Robot character on the moon. After the drawings were done I went in with a mid gray - fleshing out the work and creating texture. I'm always a fan of painting light on dark so for the moon I painted it black then covered it with a light gray. I want to use a larger range of brushes in order to create more textures in my paintings - difference in surface! I took the line out completely, just leaving minimal tonal areas. The image certainly evolved - hardly anything from the beginning is left. I'm not that happy with the result. Here's the video: 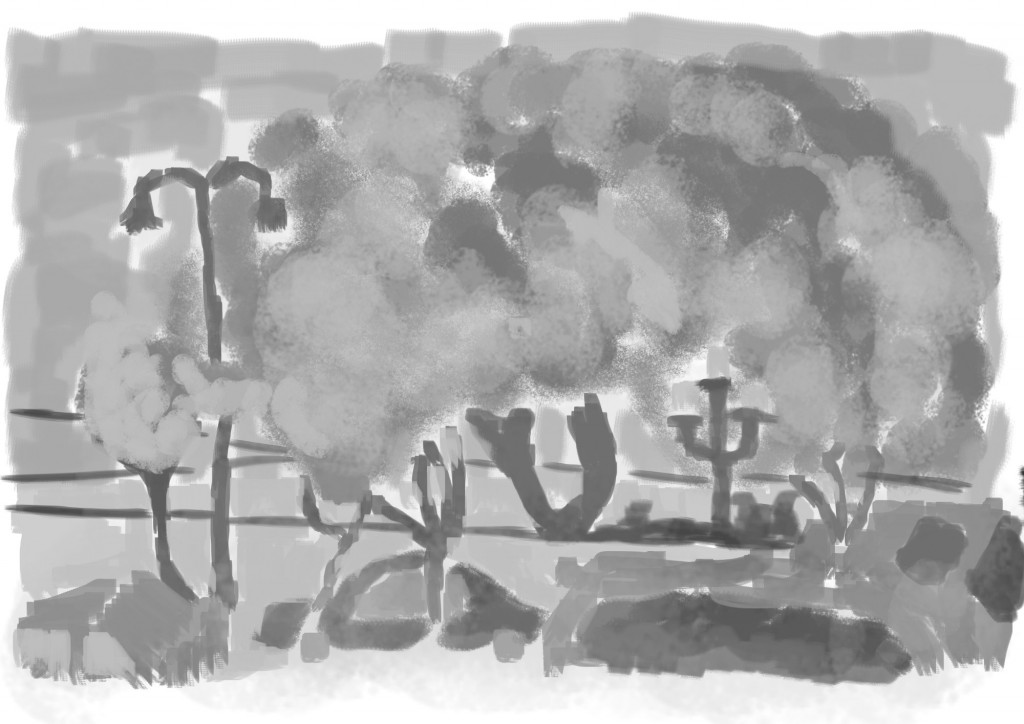 Tim Burton. I'm no Tim Burton fan but for this I went with plain black and white. Other than that it's not much different to some of my other paintings like this. Again, the video: 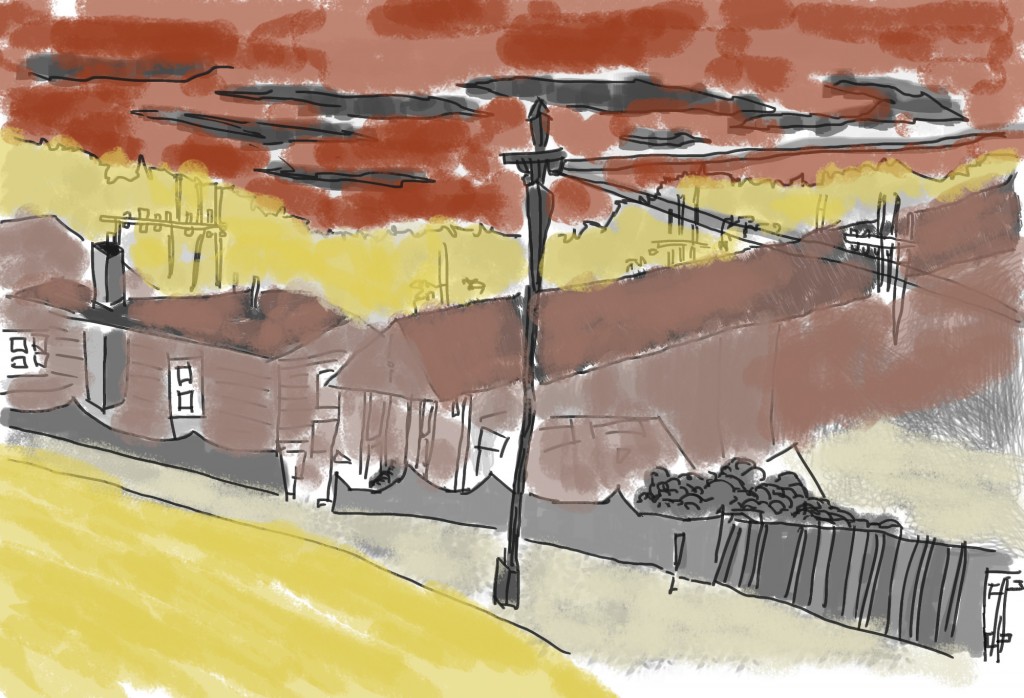 Western. This one was fun and I'm some what happy with the result. The western influence is in the colors. Here's the video. I think I'm getting better with editing together these videos, all its missing is sound: 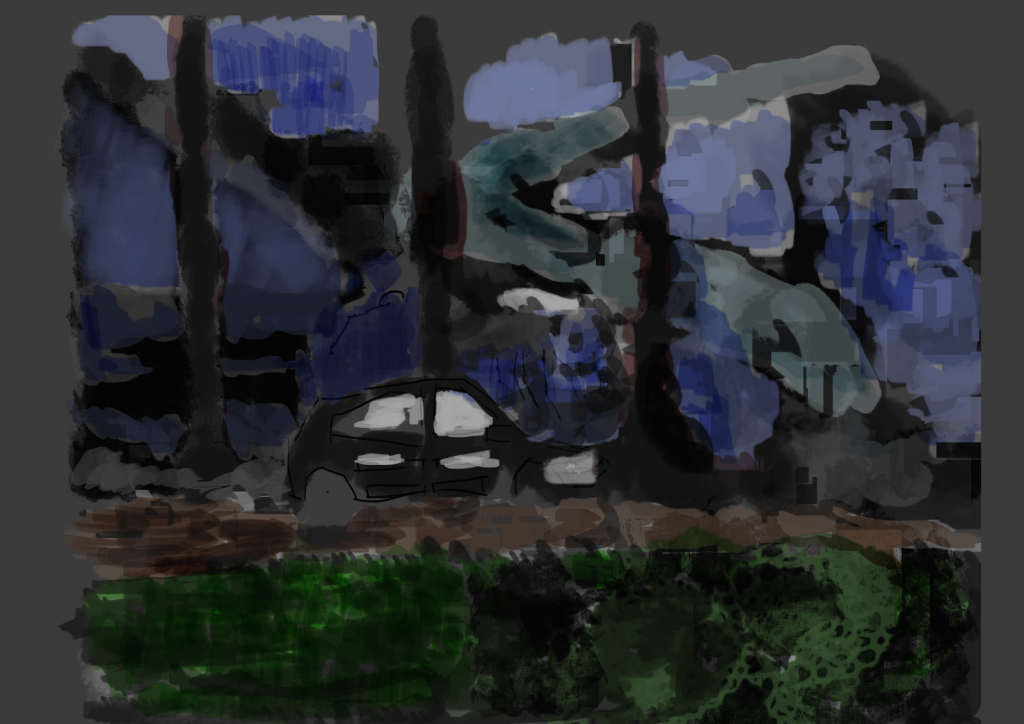 Eastern. Again like Western the influence is in the colors. I looked at Eastern imagery and decided to go for cool colors over the very hot Western look.
I struggled painting this - my brush tool is broken in GIMP and causes it to switch between several brushes/colors. This causes a mess and I loose control of the painting. When I was doing the tone layers this wasn't really a problem, it added effects to the image. I'd like to figure out what is causing this though as it does add frustration. I had a go with Photoshop CS5, but it's lame.
No video for this sadly. I painted this on my laptop in the library and I'm still having problems recording on the laptop. Desktop is winning.