Another week, another conference. This week I got along to WCELfest. It's an digital elearning conference held at Waikato University.

Here are the paintings that I created during the event: 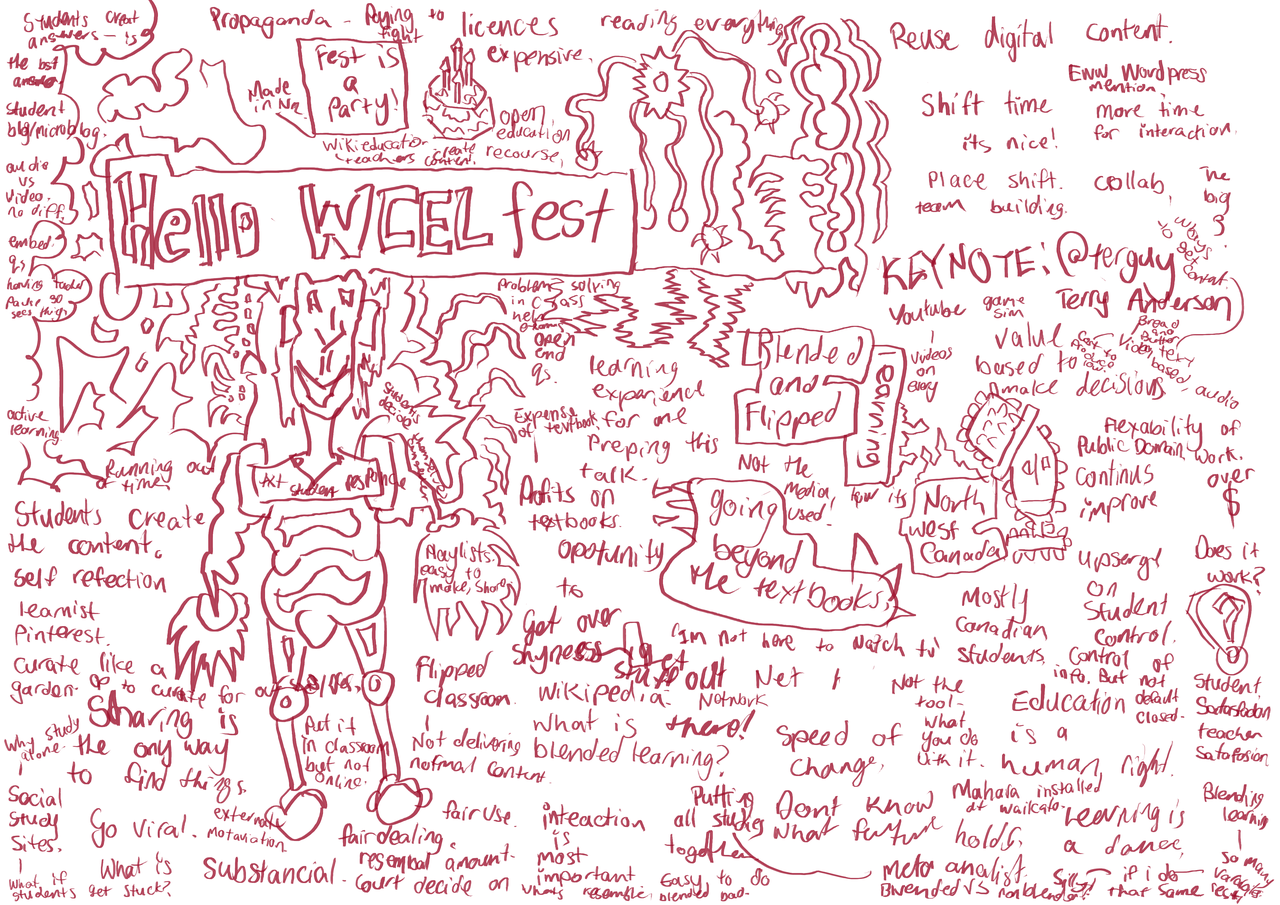 Drawing and note taking of the beginning of the conference including the keynote speaker - Terry Anderson. It was an excellent keynote. I especially enjoyed him talking about copyright and open access. There was no mention of Creative Commons, but I was actively tweeting with mentions of Creative Commons. 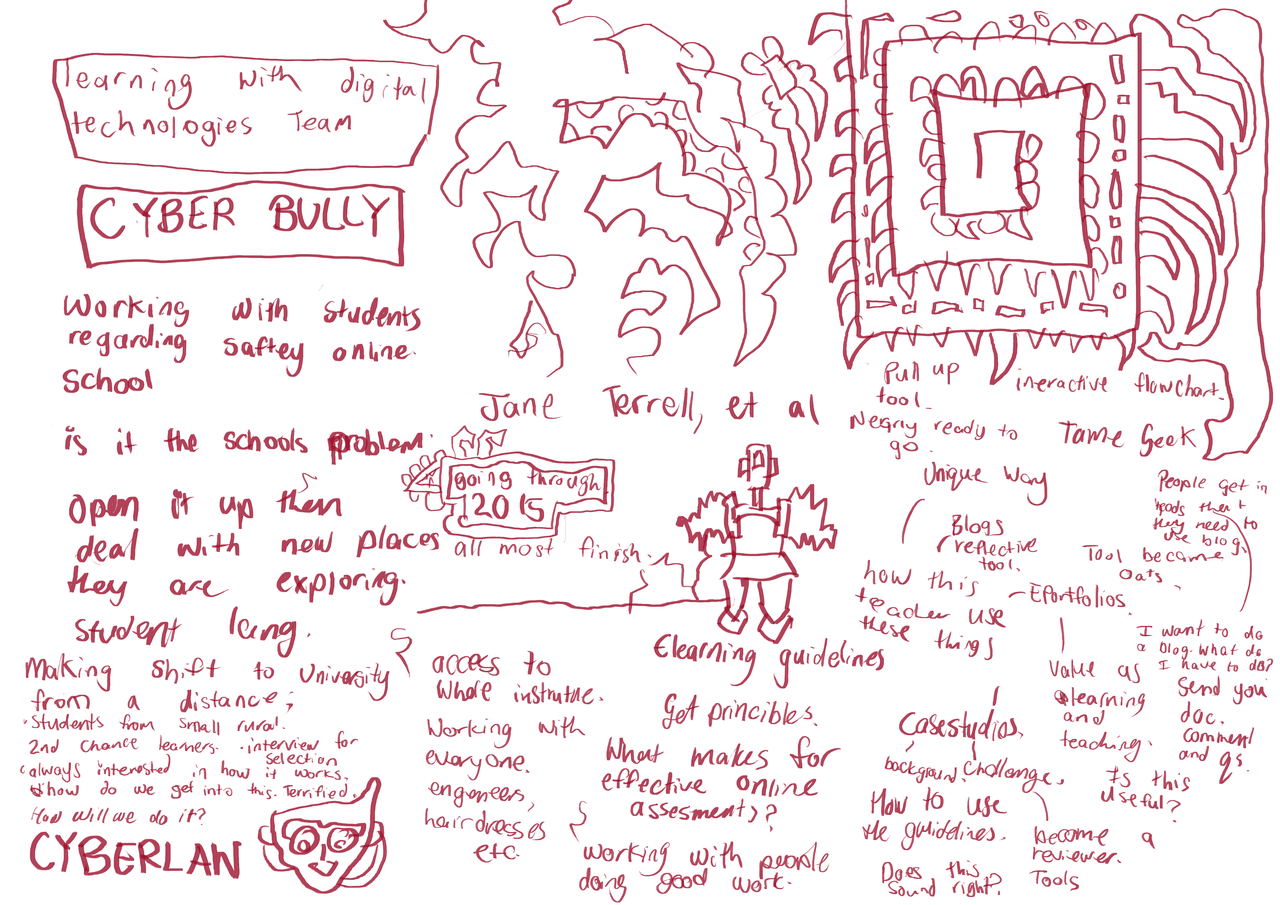 This was the final image of the day. I had grown tired after lunch with productivity dropping. Maybe I should of switched. I am use to going to conferences and sticking to the same room all week. Maybe they could of given the streams topic names?

One of the streams was workshop based which I wasn't interested in. The third stream looked like they had some interesting stuff. But at the end of the day it doesn't matter. I enjoyed myself and looking forward to watching the talks online that I missed.

CYBER is hilarious. lulz when I heard the phase CYBER BULLY. Drinks a shot. CYBER was brought up again by the law dean as CYBER LAW. He was on a roll and rapped off a bunch of CYBER terms. Kiwicon would of been proud. Finishes the bottle. 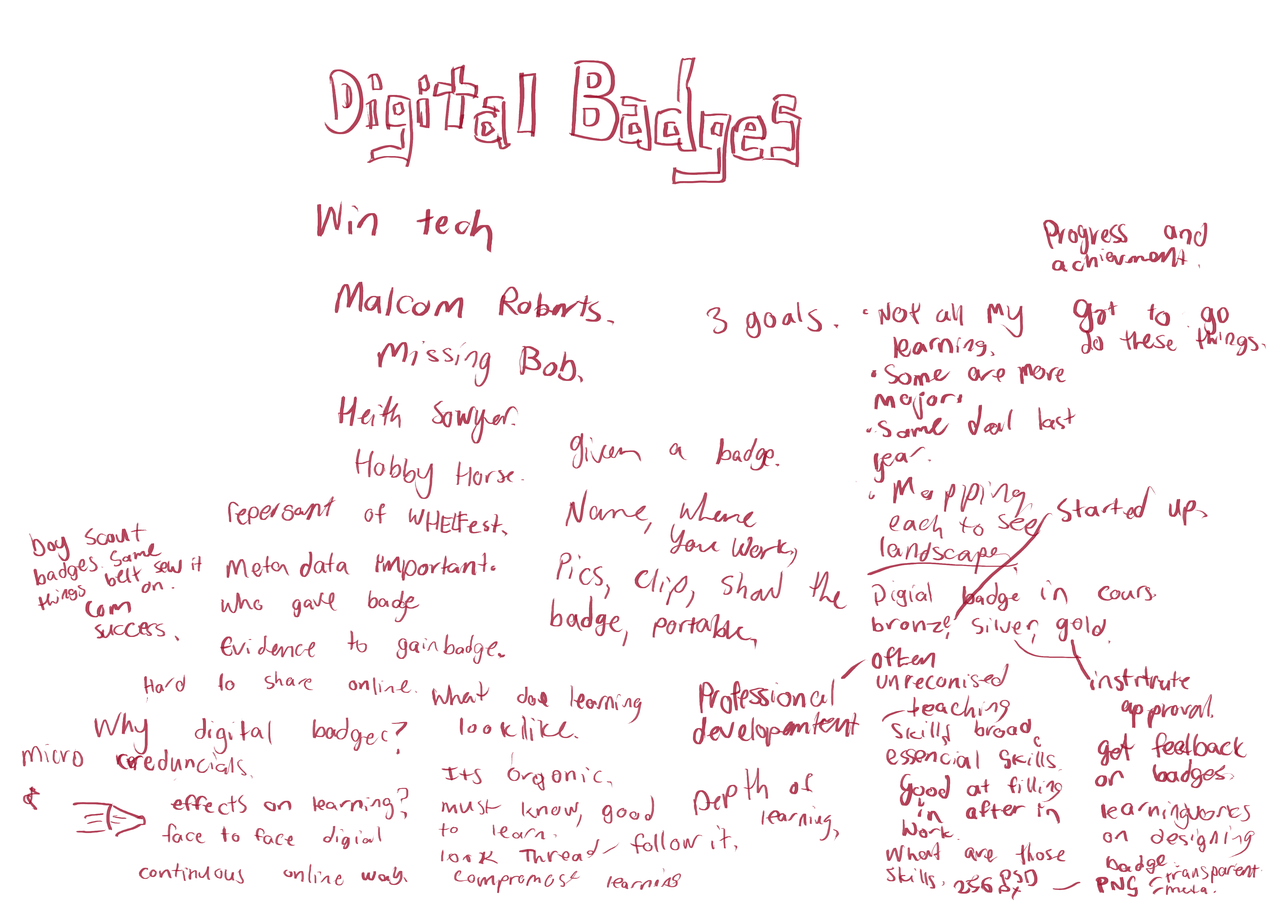 Digital Badge. When I saw the title of this talk I got excited, thinking they were referring to LED based name tags but instead it was achievement points in a education course. 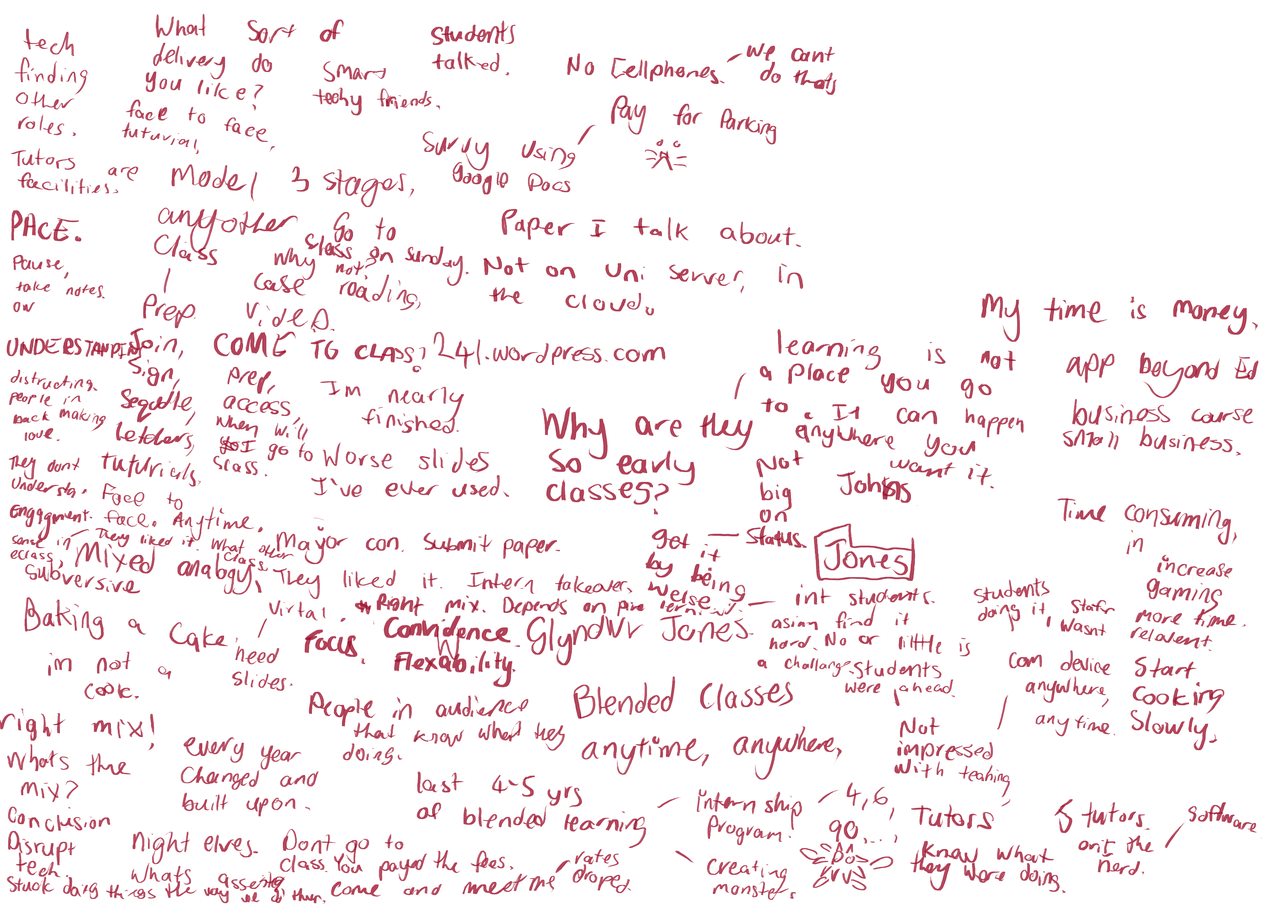 Welsh fella - Glyndwr Jones or JONES did a talk on blended classes. He was quite the character and funny. The painting lacks much drawing - only a sad cat due to parking charges at Waikato University. 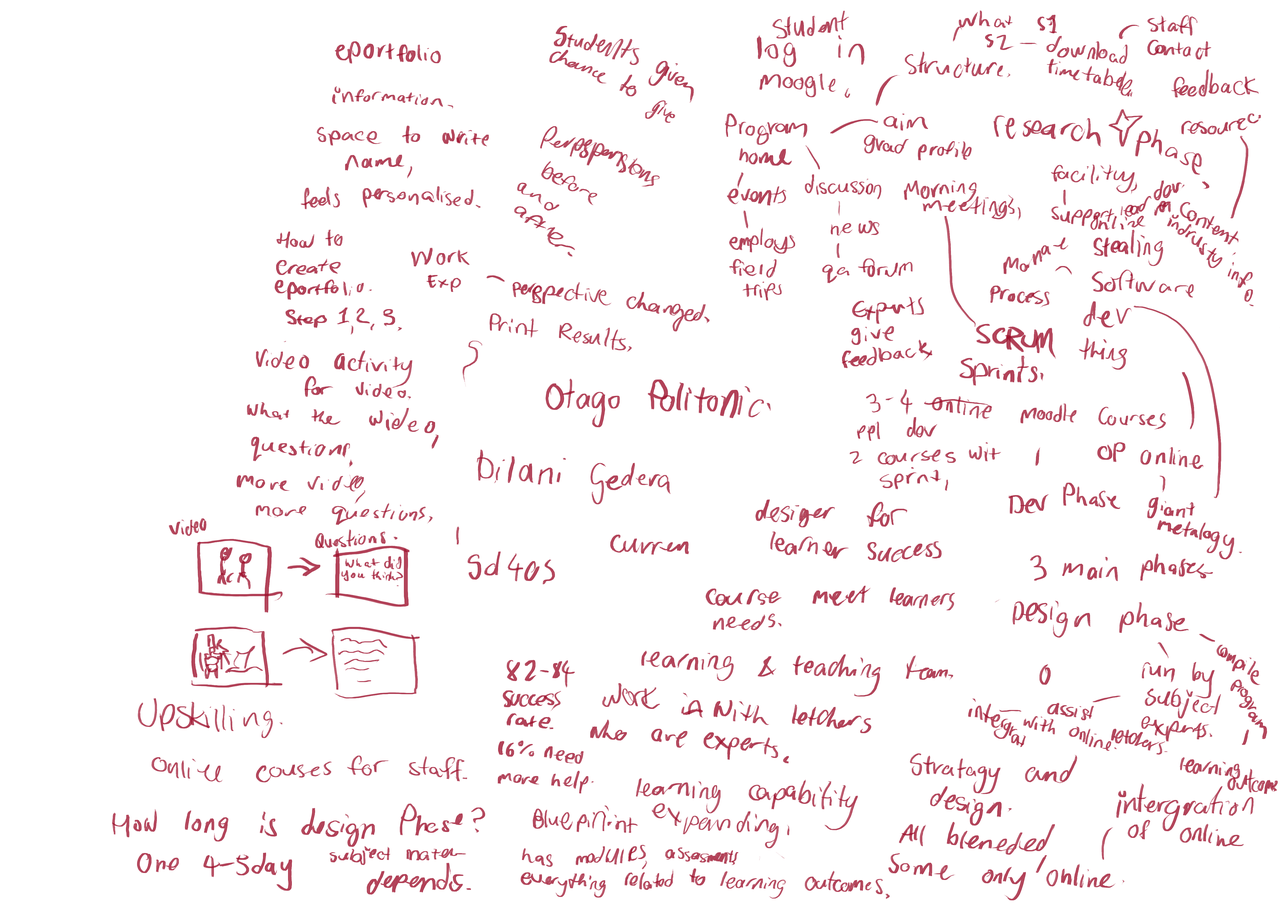 This was an interesting talk as the speakers talked about SCRUM development being used for course development. It's normally used in software development and great to see it's crossing areas.