The Raspberry Pi 3 with official 7 inch tft is working. After my last laptop died I decided to put it back together and it worked. I don’t plan on moving it - the ribbon is quite dodgy. But at least I can hold up on getting a new laptop. 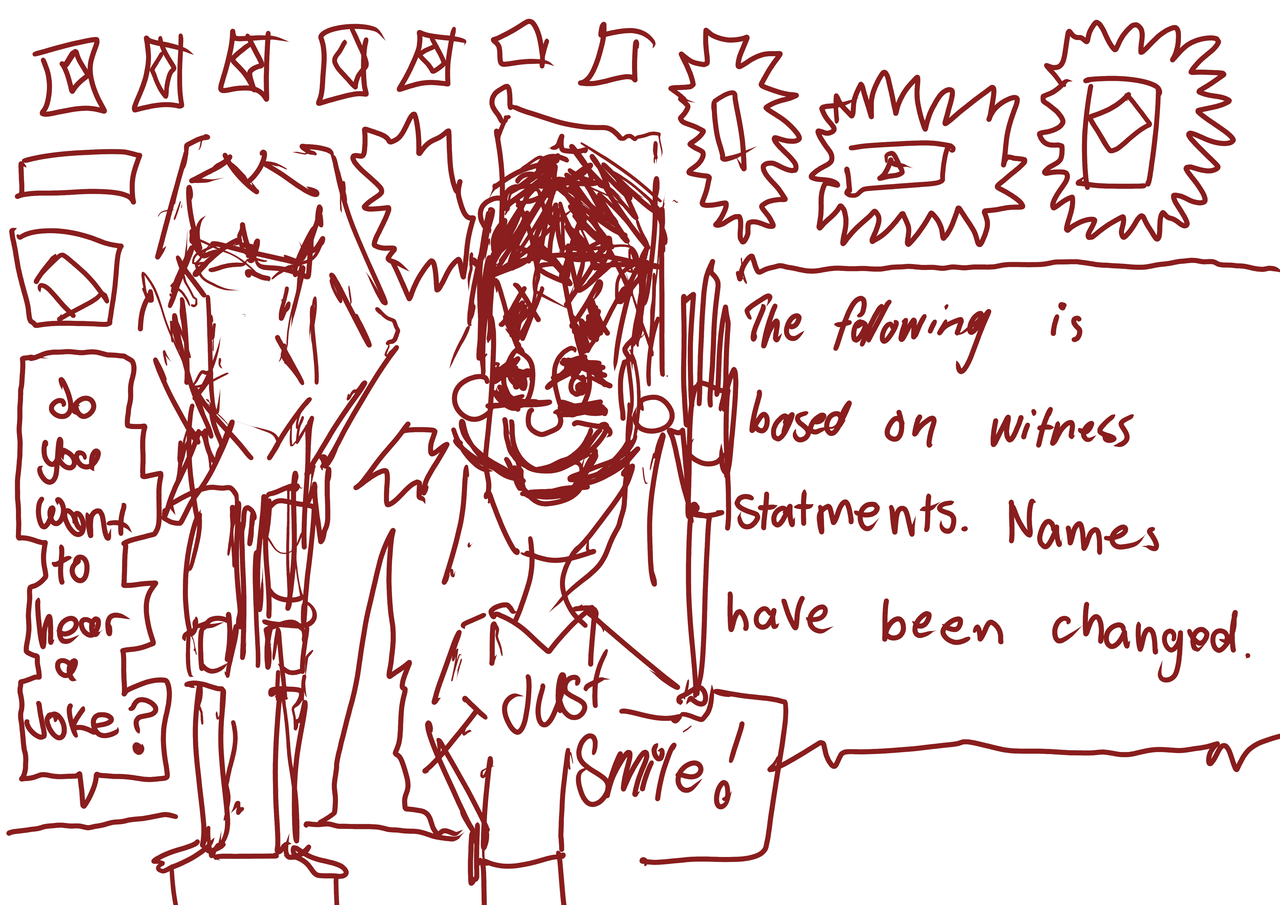 A Joker like character in the middle. A female form to the side. A quote from the film. And continue Ludum Dare idea of making cinematic crime game. 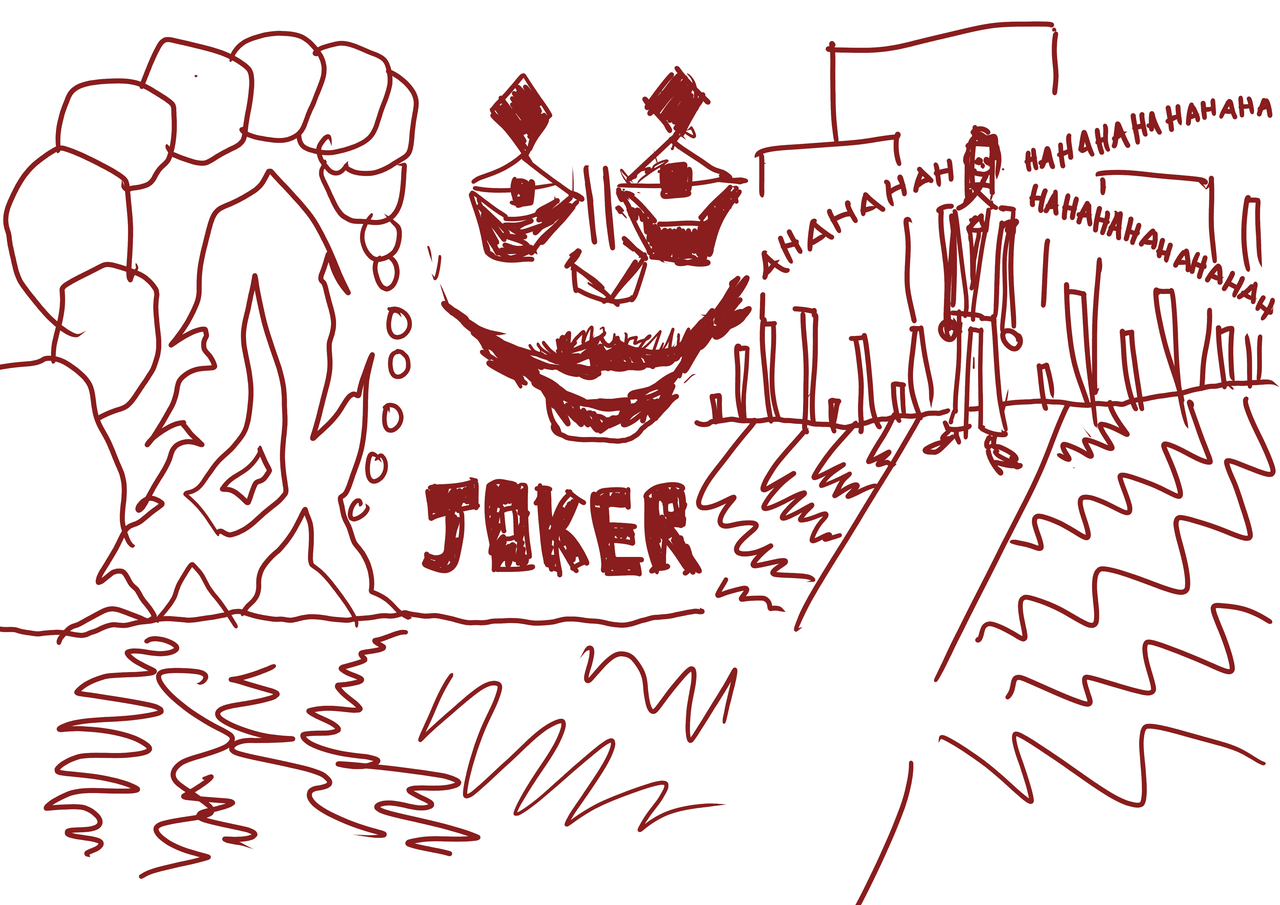 Joker portrait. Diamonds above his eyes. Darkness under his eyes. A full figure to the side, with hahaha being bellowed out. 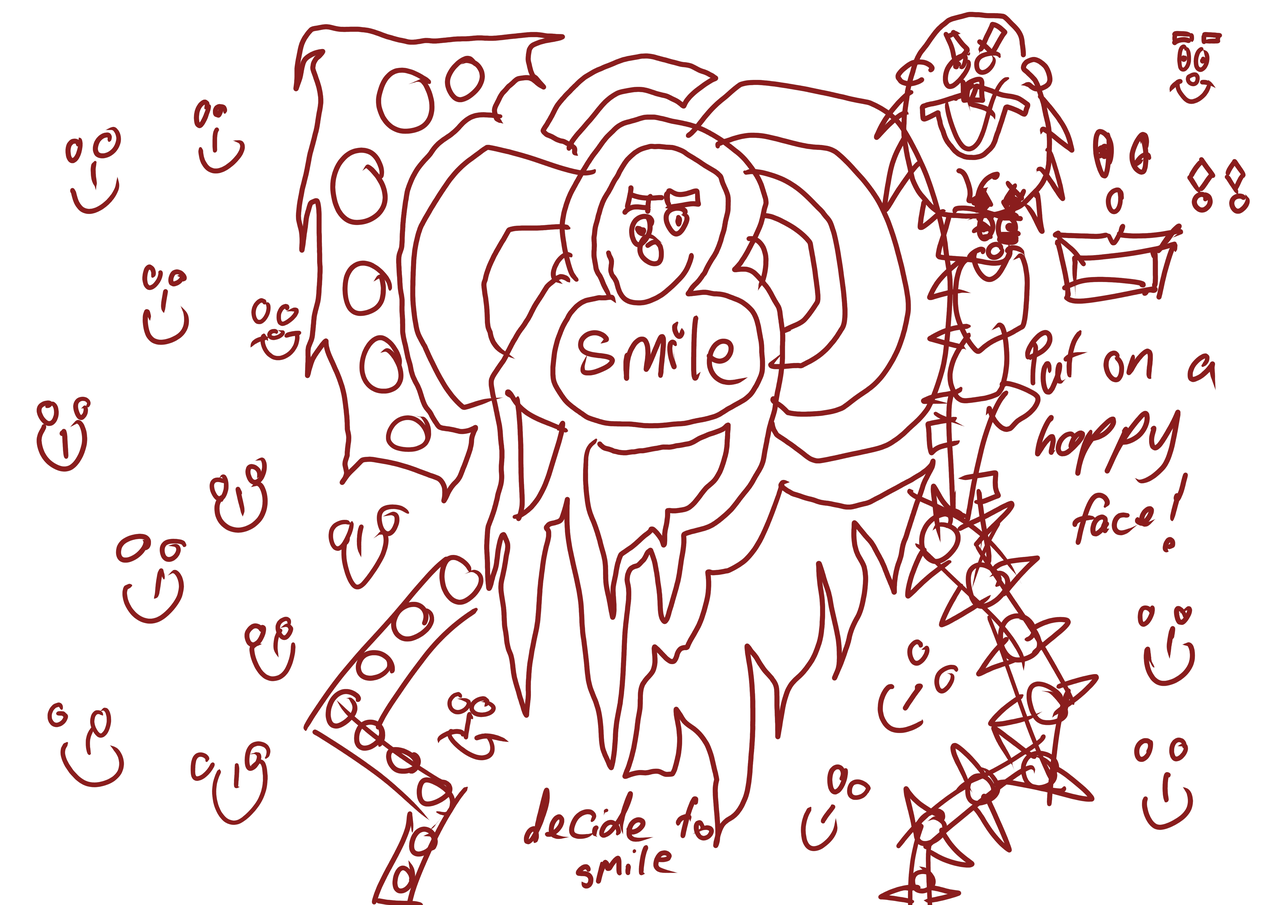 smiles in the sky. 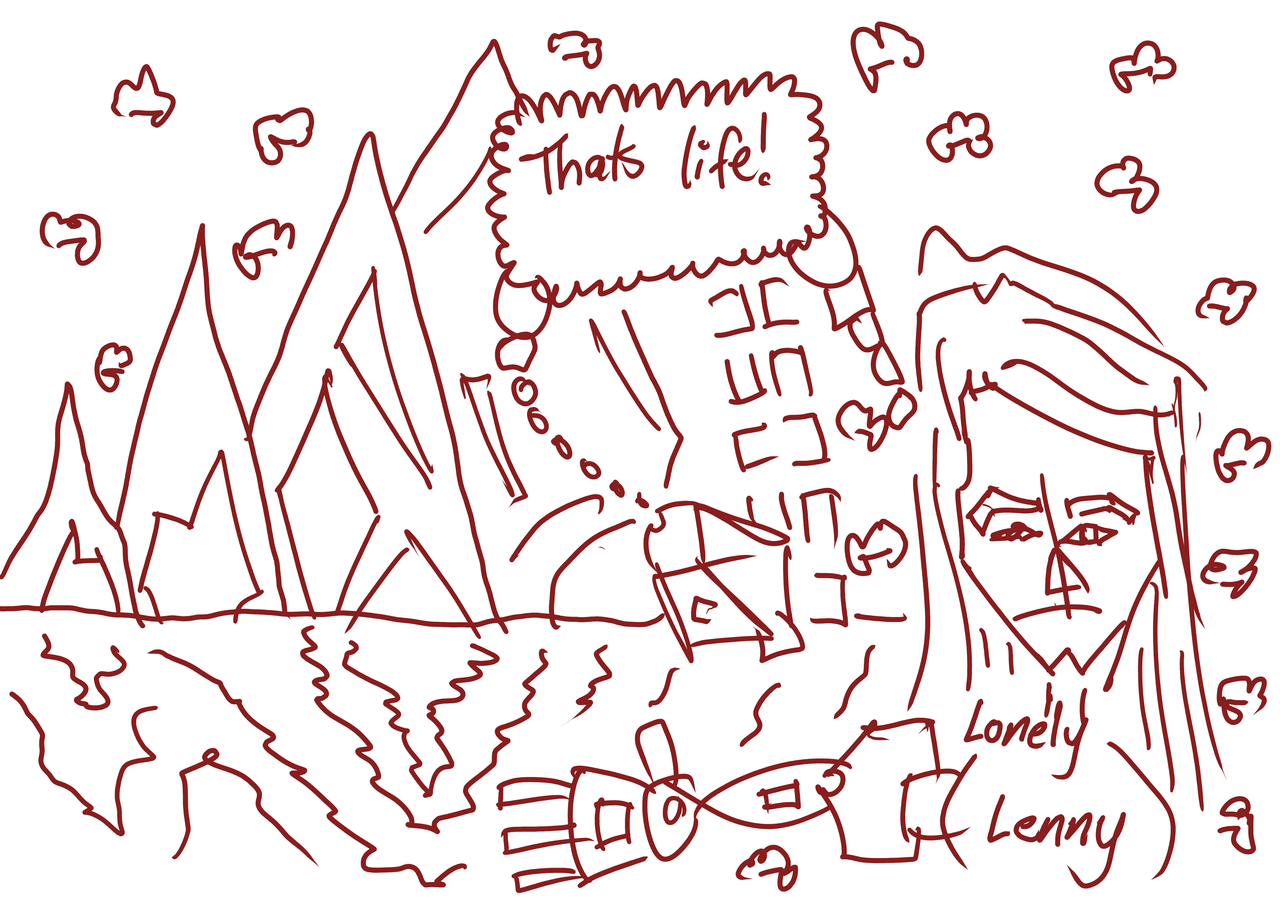 Character portrait on the right. Landscape in the background. 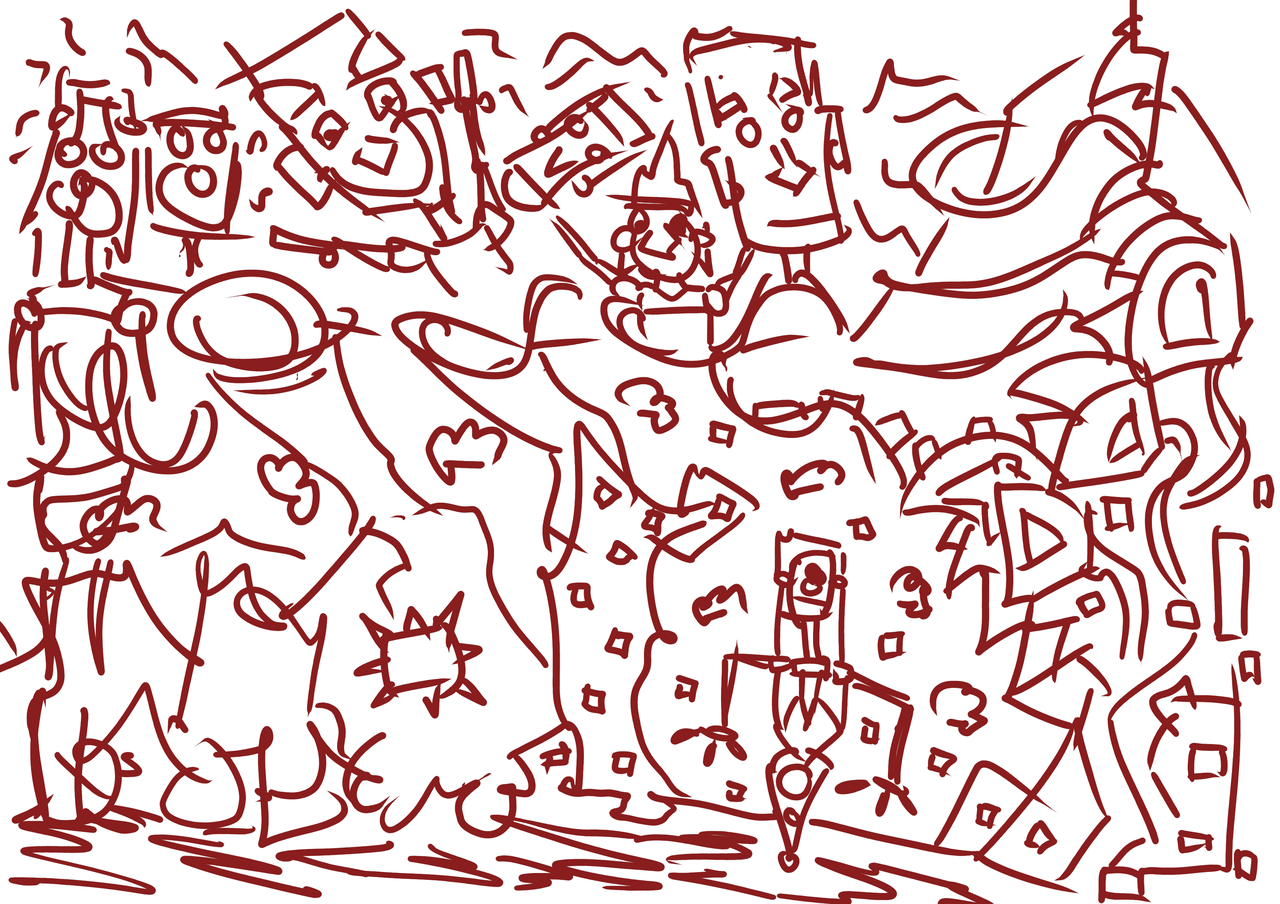 Characters with one left and a landscape. 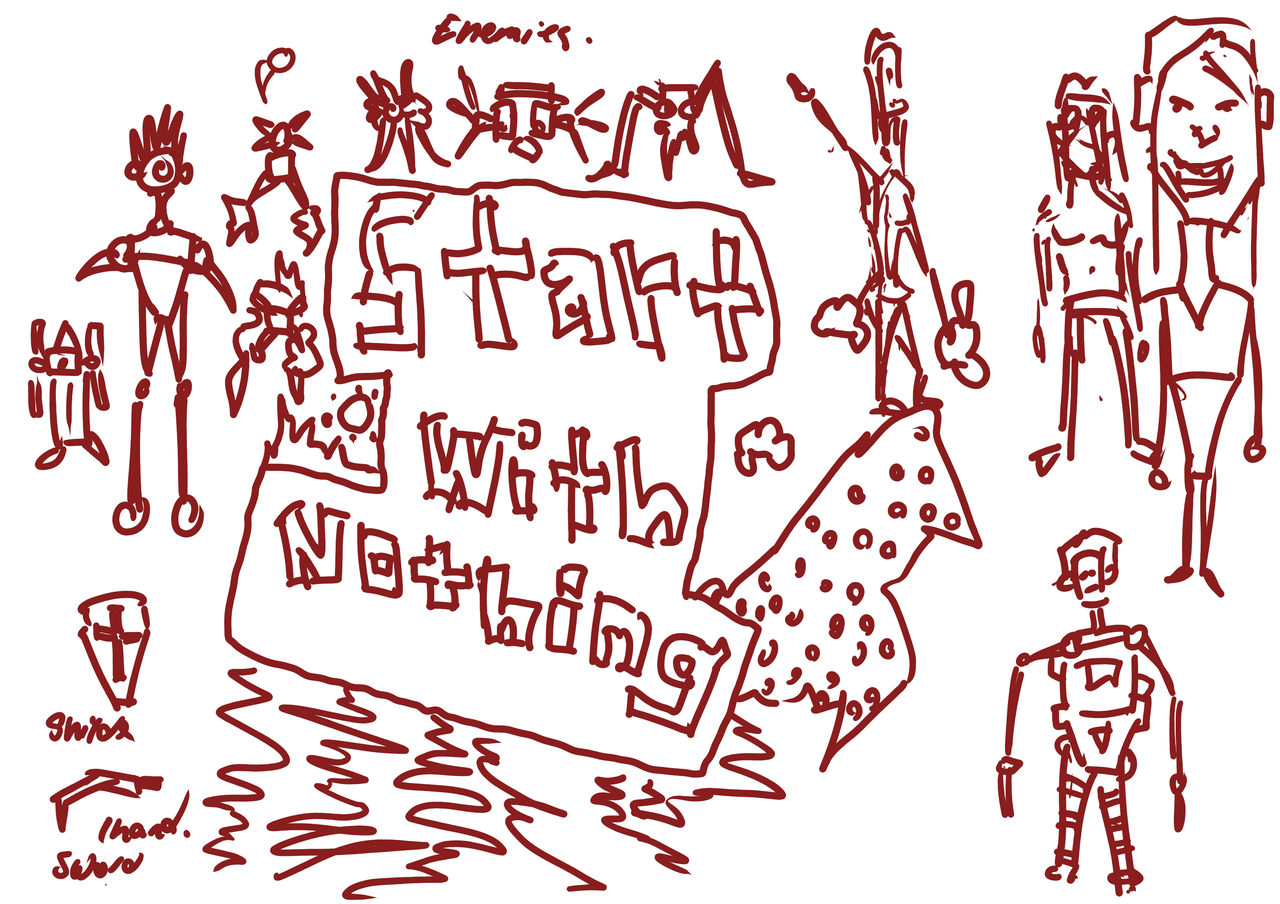 Start with Nothing was the theme for the recent Ludum Dare. I didn’t have a hackathon on during this time so I decided to draw concept art - both pen and digital drawing. I even opened Blender on the Raspberry Pi 3 and created a model. I didn’t take it into Unity3d. But it was something. 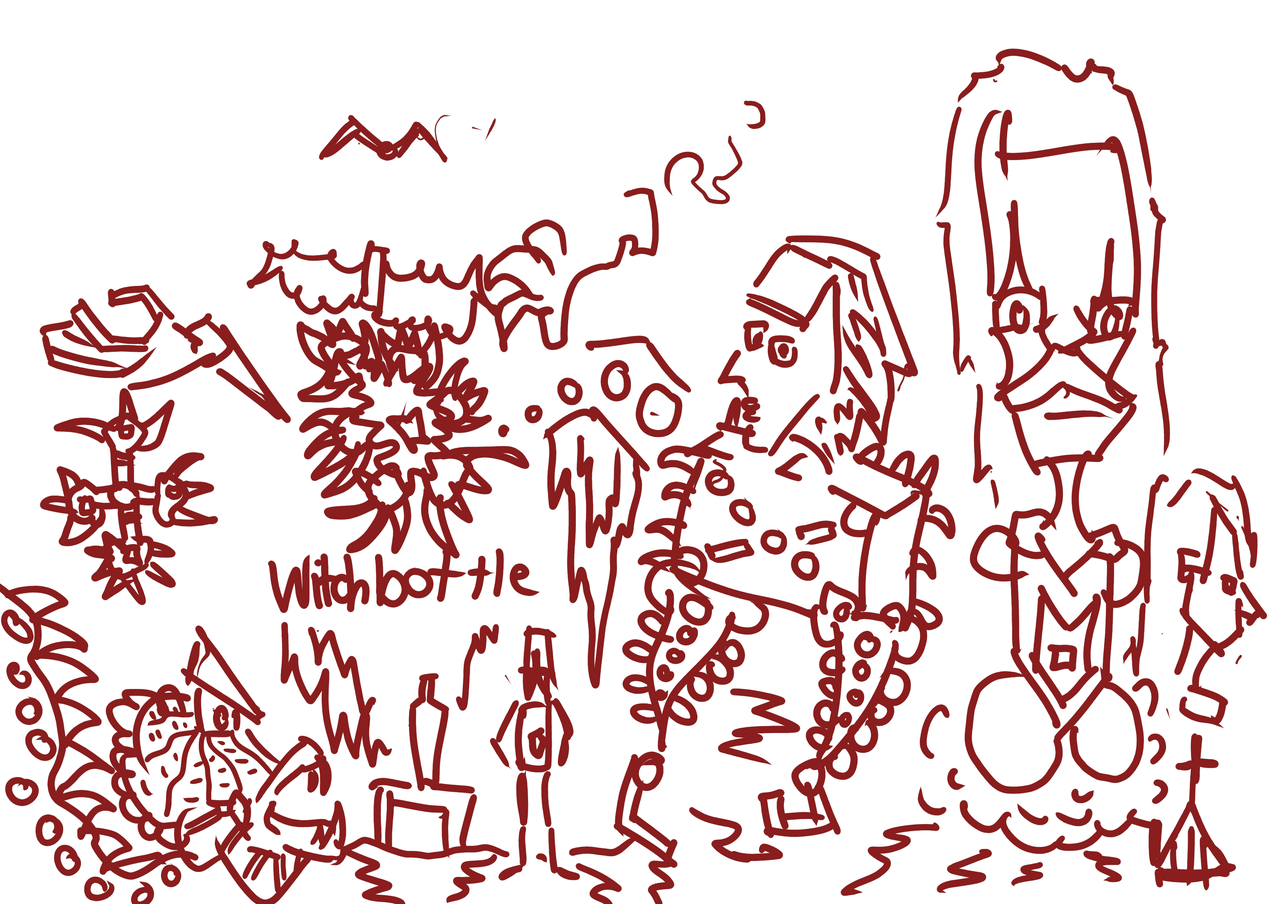 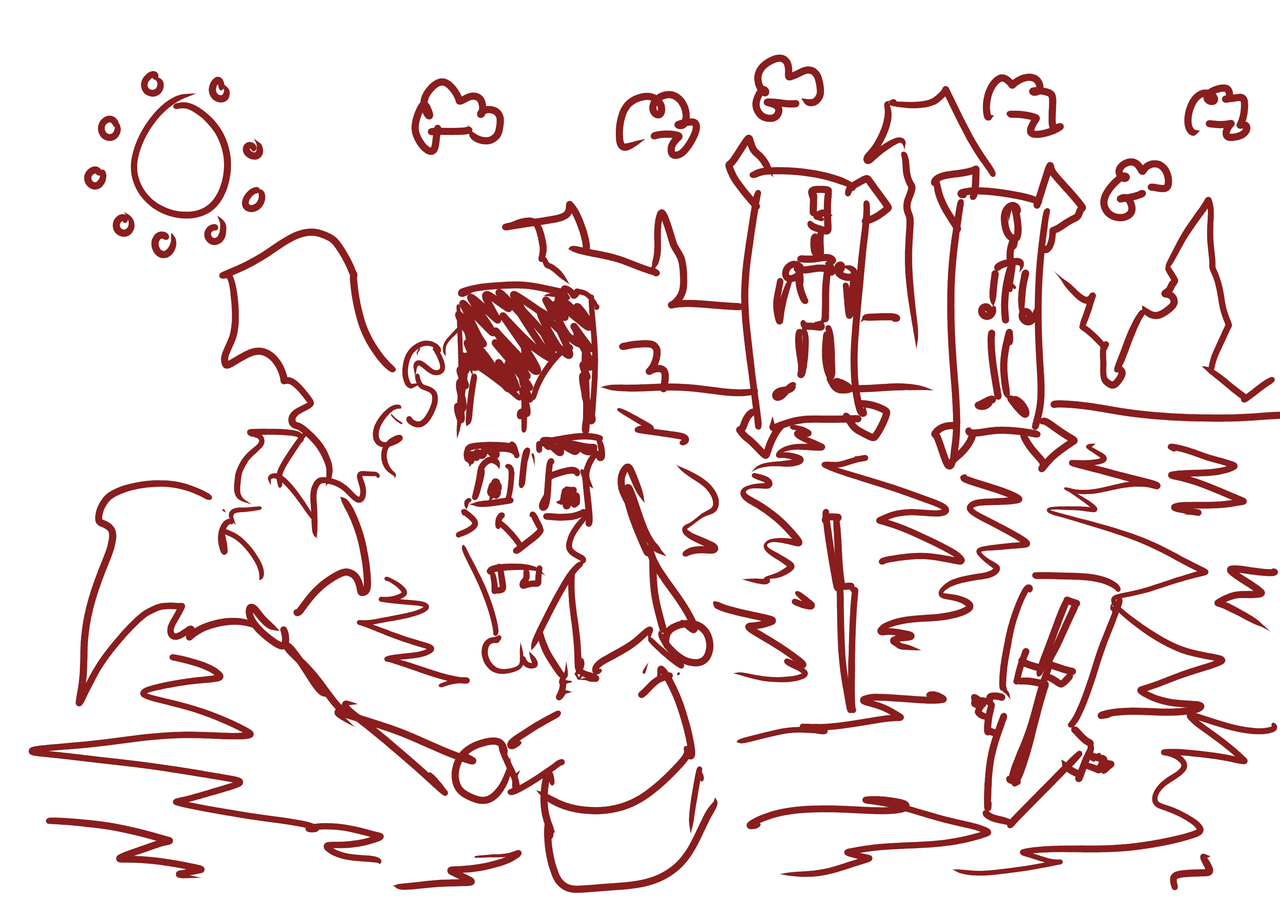 Vampire character (Castlevaina continued…) with arms up and to the side. Shield with cross, dagger. Water and mountains in the distance. Clouds and sun in the sky. 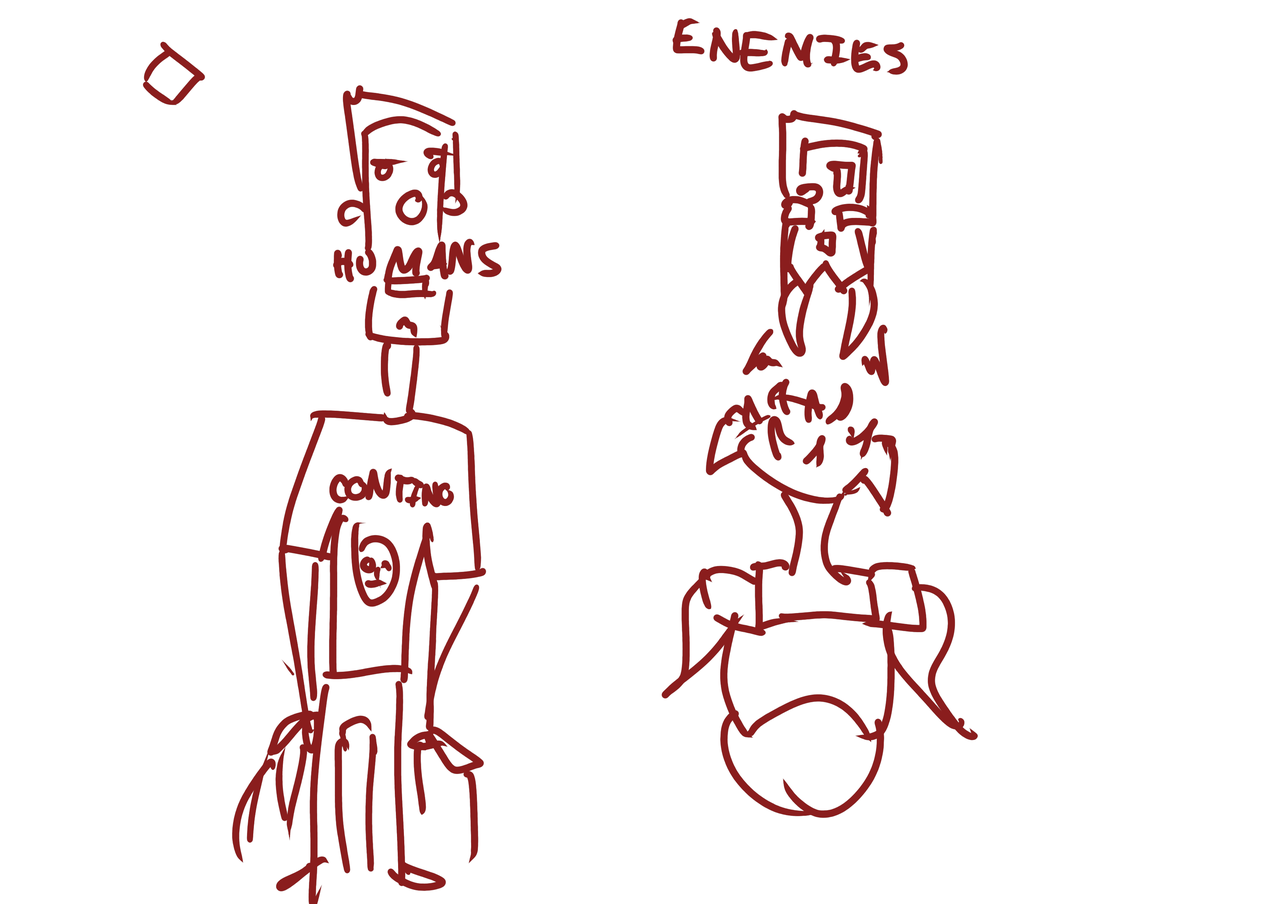 Redraw of API Days Melbourne notebook notes. Contino had good slides and I enjoyed drawing the characters on their slides. 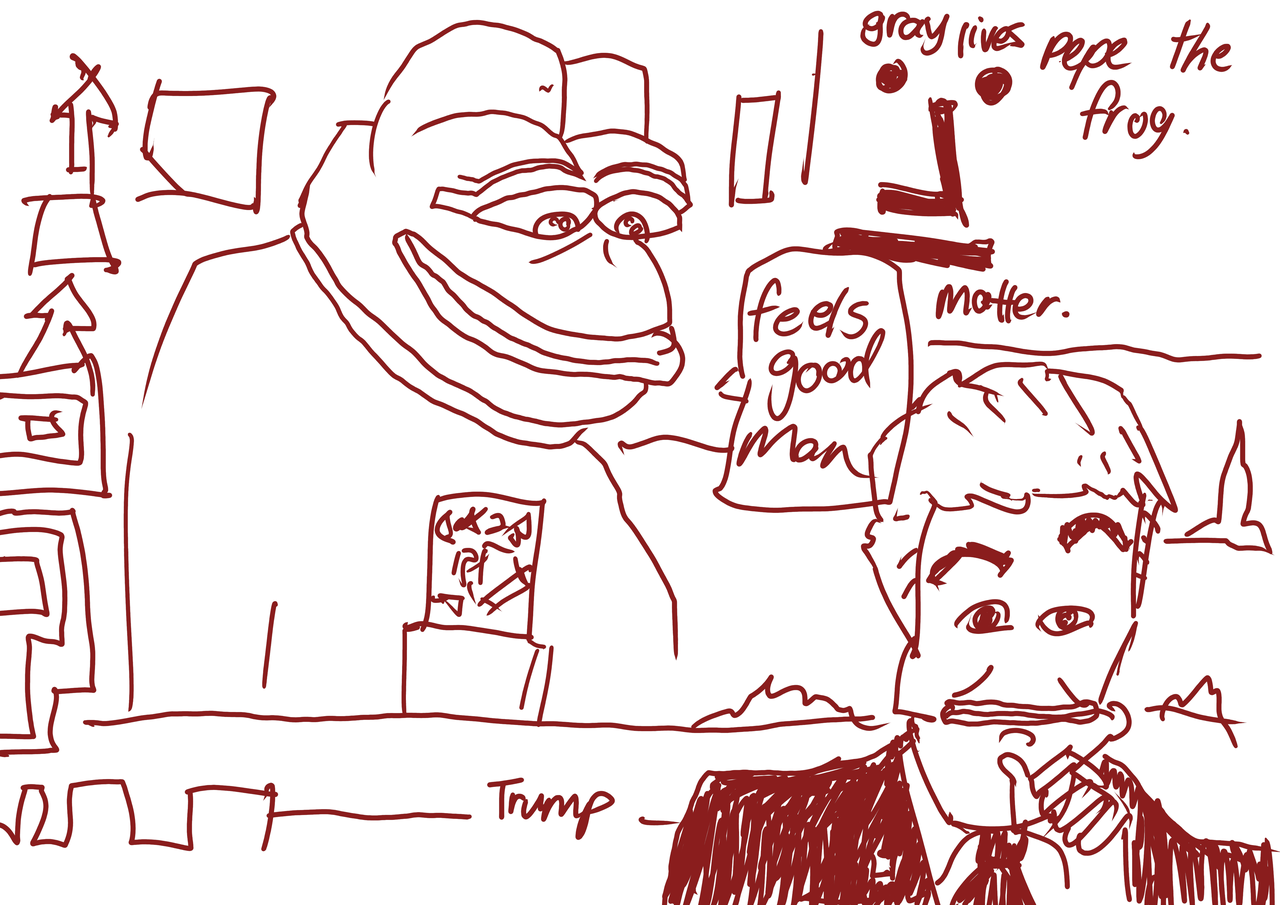