Merry Xmas. Another year is almost over. But here’s another post of artwork. I started a new job last week, which keeps me busy during the day. But in the evening I got home and felt like drawing. Which is great, as when I wasn’t working it was hard to motivate myself to draw most days. Alot of this artwork was created well watching the new season of Rick and Morty (which I have drawn characters from in the past) and the new Netflix show - The Witcher. I have The Witcher 3 on Nintendo Switch and own The Witcher 2 on PC Steam, but never really played the 2nd one. 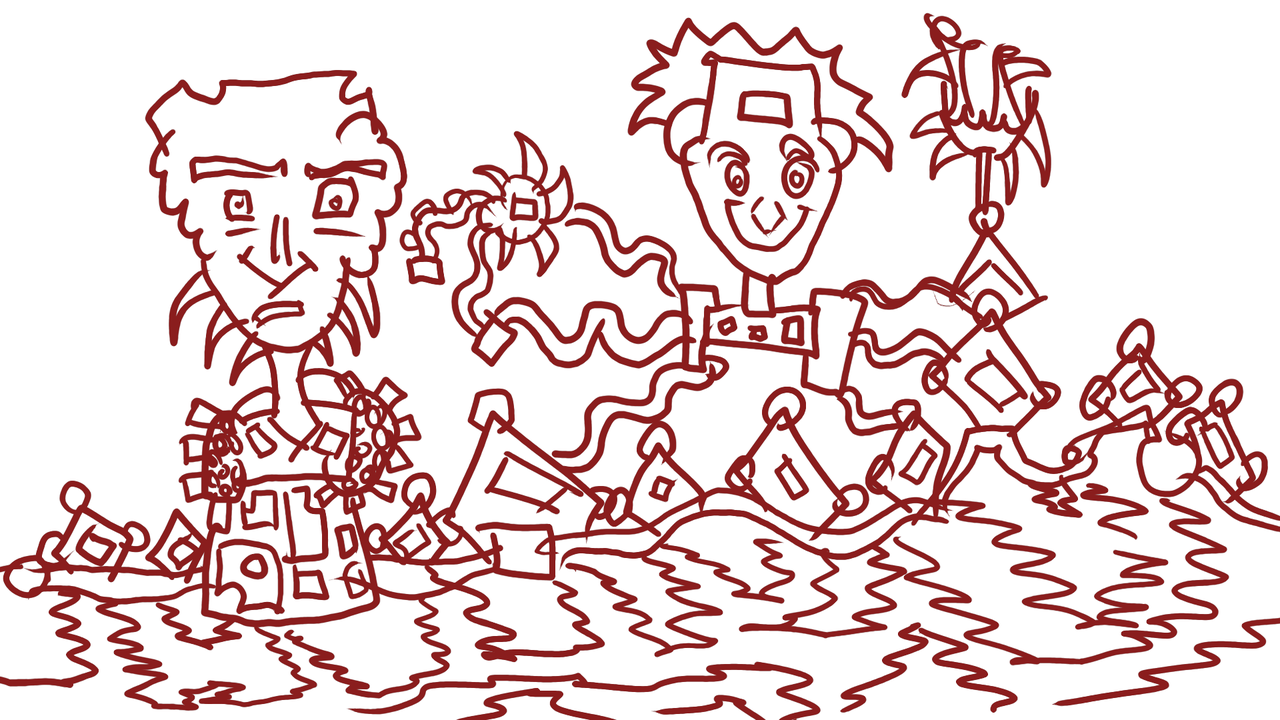 Rick and Morty inspired characters with water below. 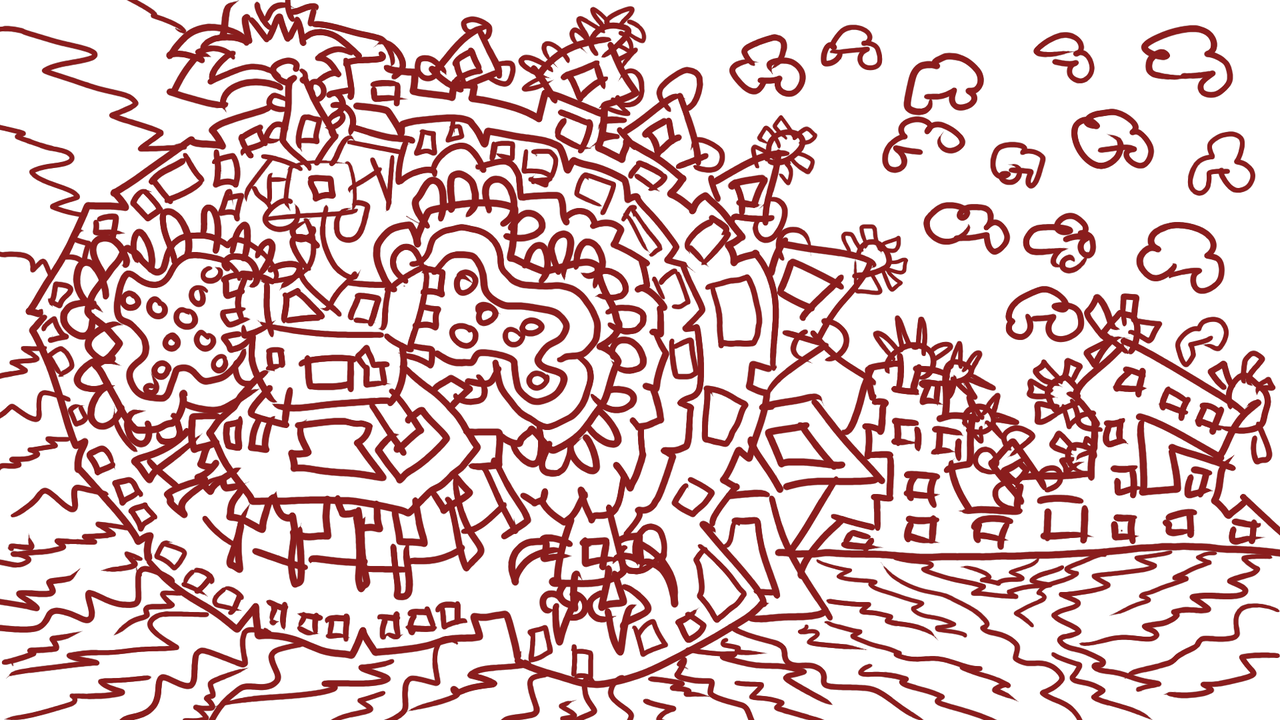 No leg character on the left with a circle spiral around it. 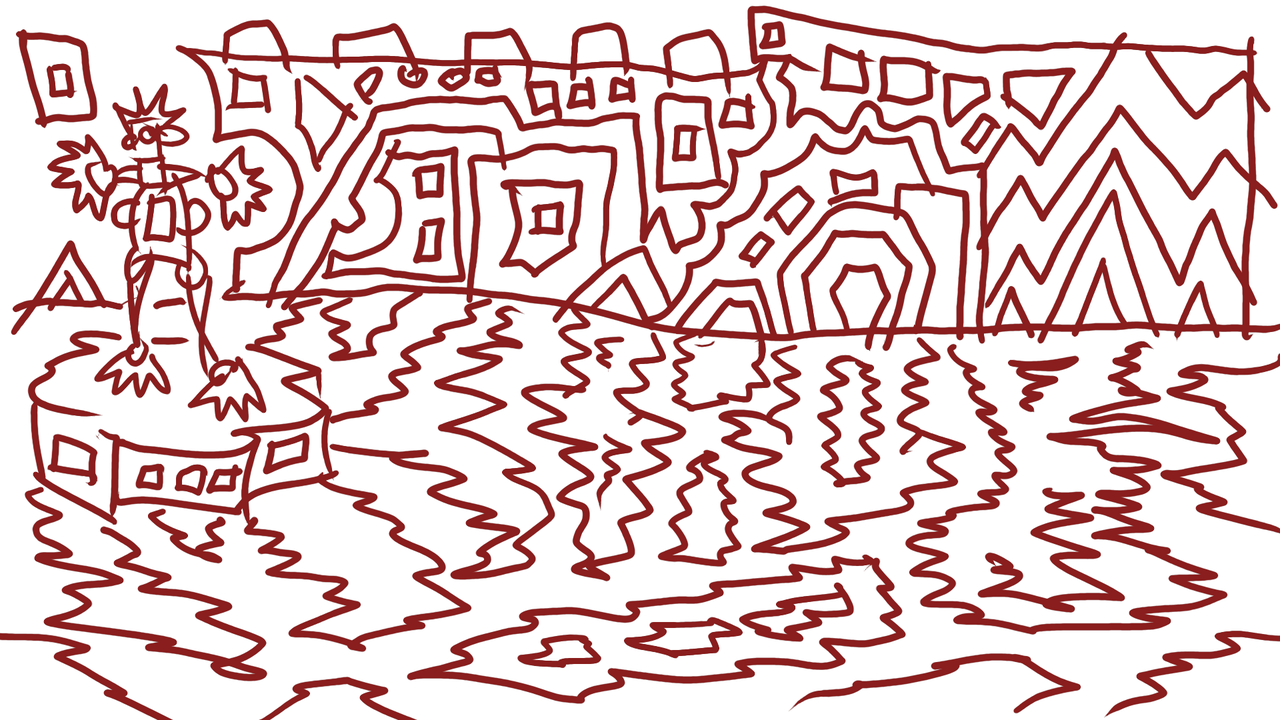 A character on a raft. 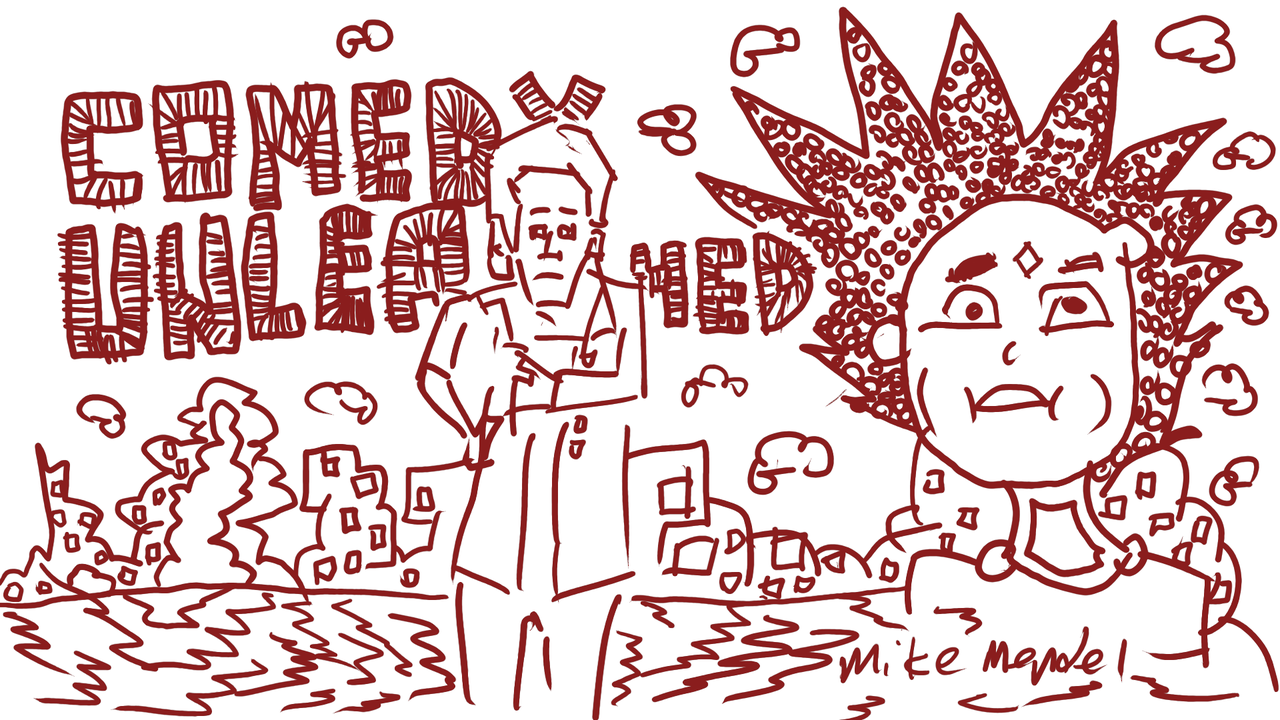 Comedy Unleashed is a Youtube channel standup comedy channel I watch sometimes. On the right is a Rick/Morty portrait. And the words Mike Mendel - producer of Rick and Morty. 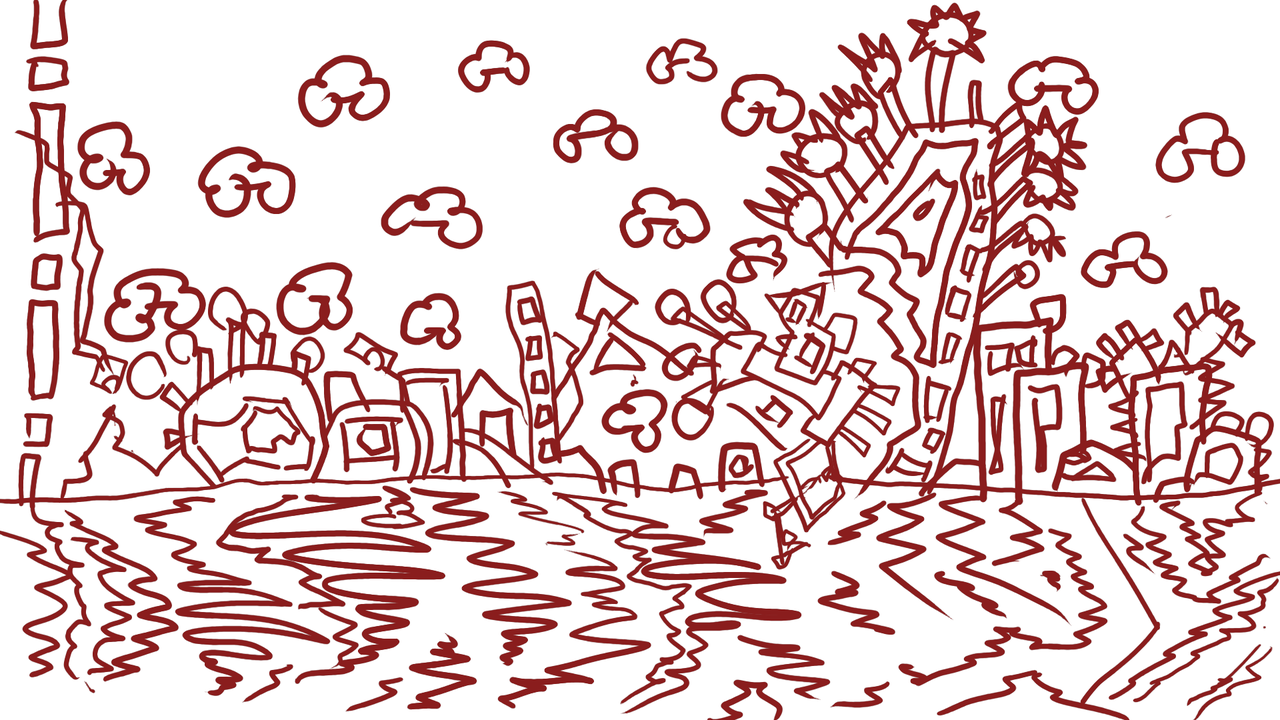 A landscape. No characters but clouds in the sky, Squiggles for water, and a mixture of circles and rectangles for the horizon line. 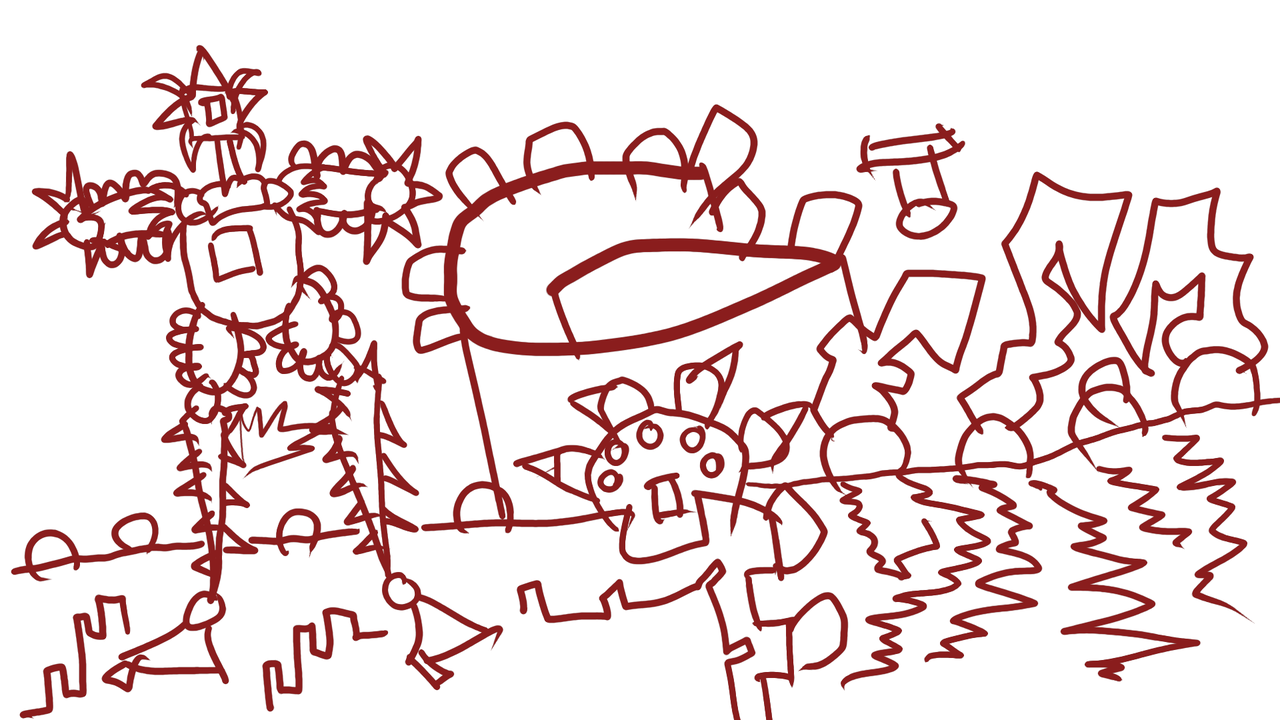 A full figure standing on the left. Squiggles on the right for water. Half circles on the horizon. A building with G shape. 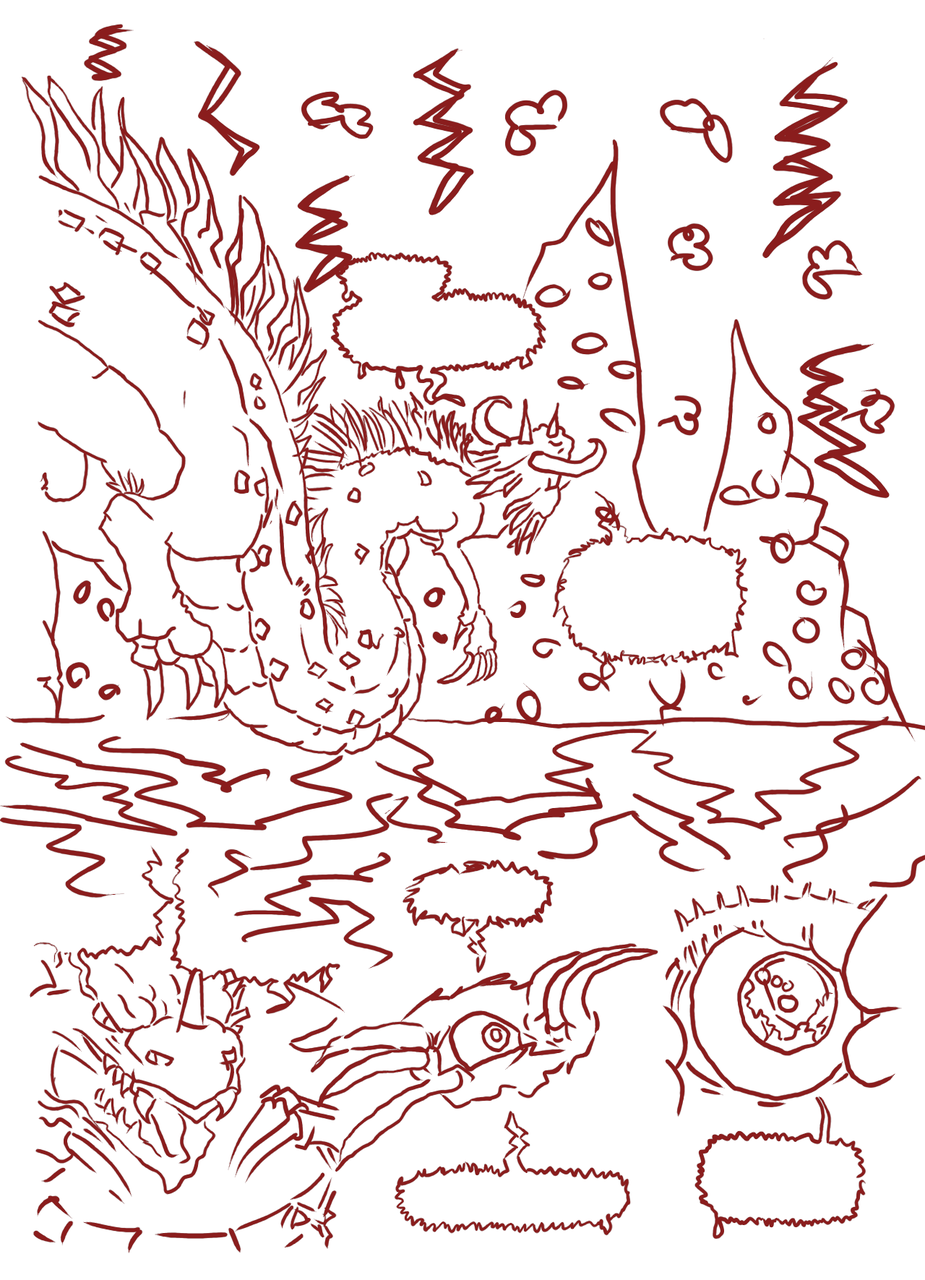 A line drawing trace from a strip from David Revoy E29 of Pepper and Carrot. Original artwork, used under ccby licence. No pepper or Carrot in this - instead a dragon from another dimension.